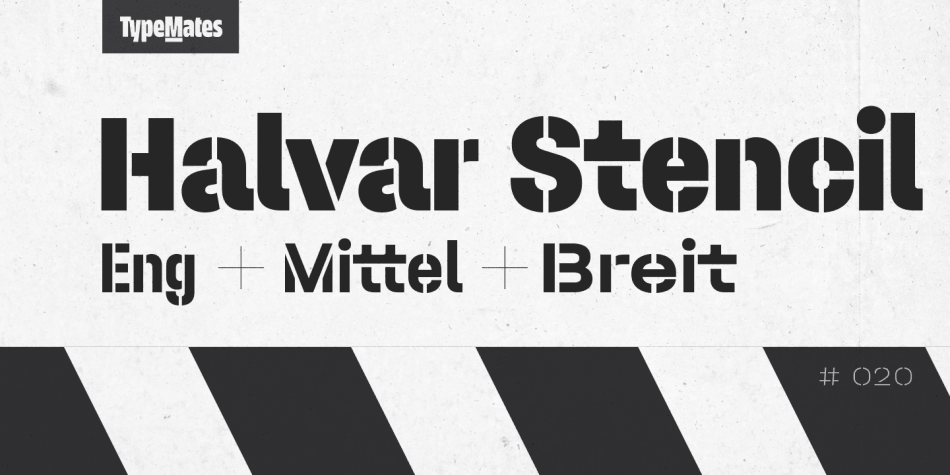 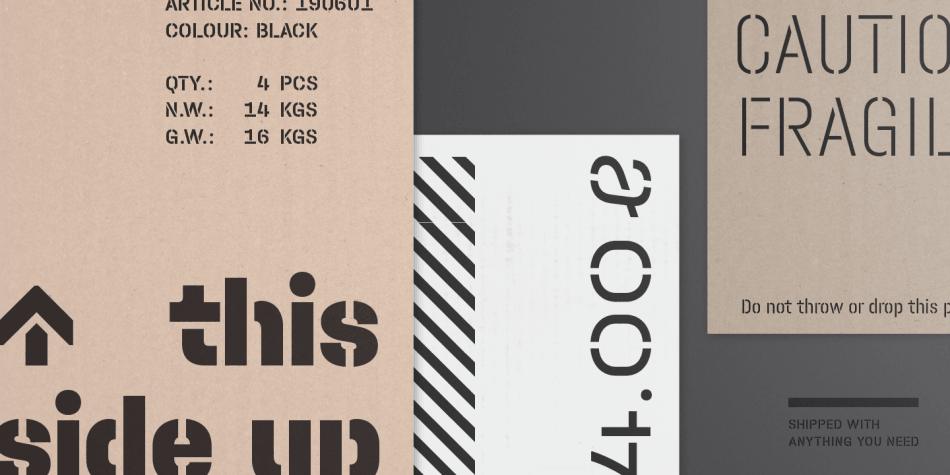 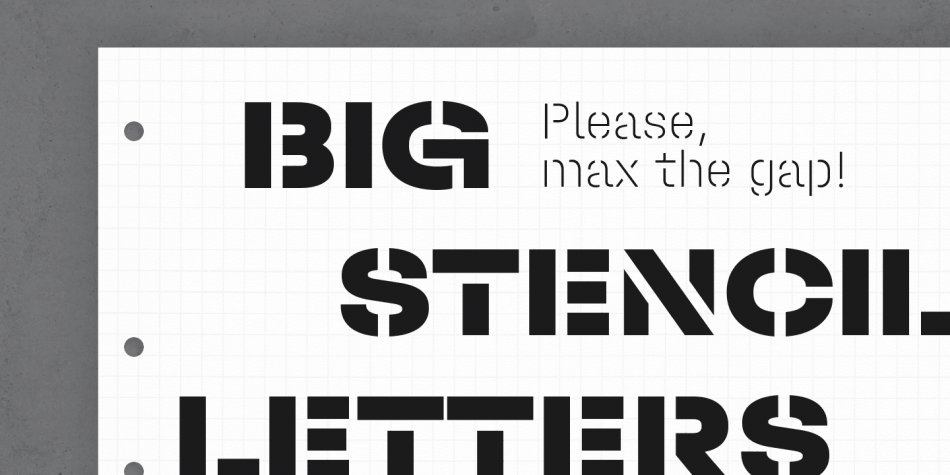 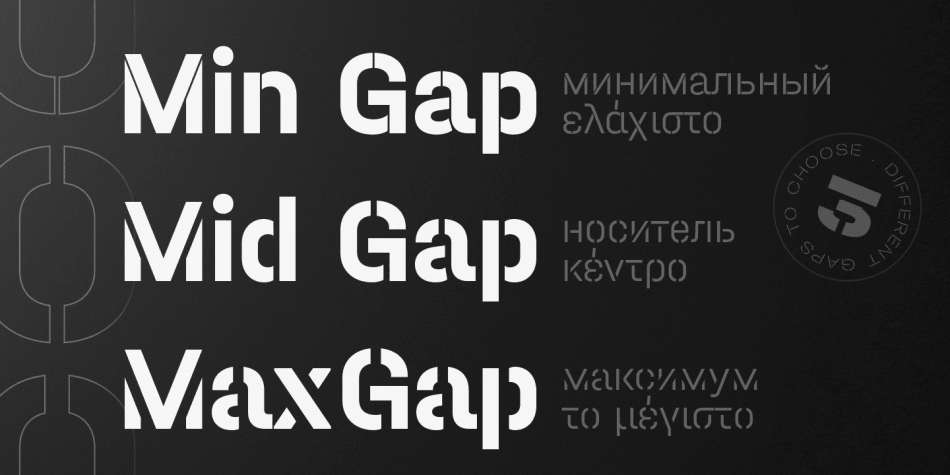 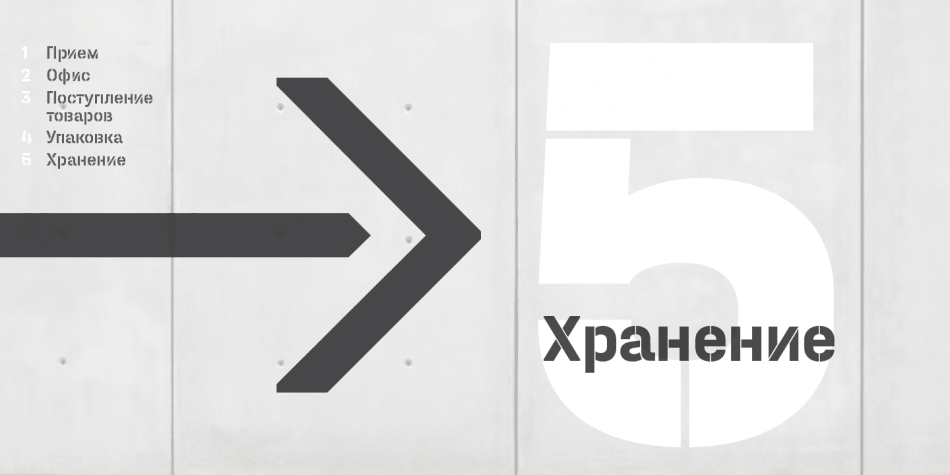 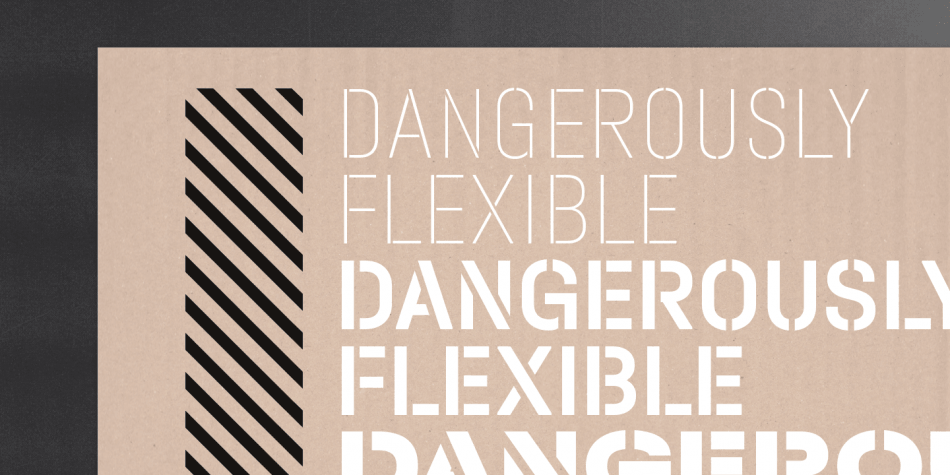 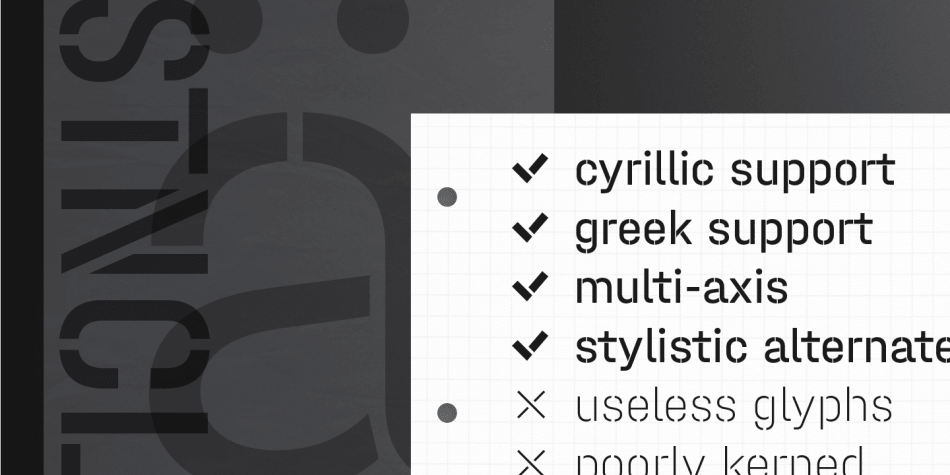 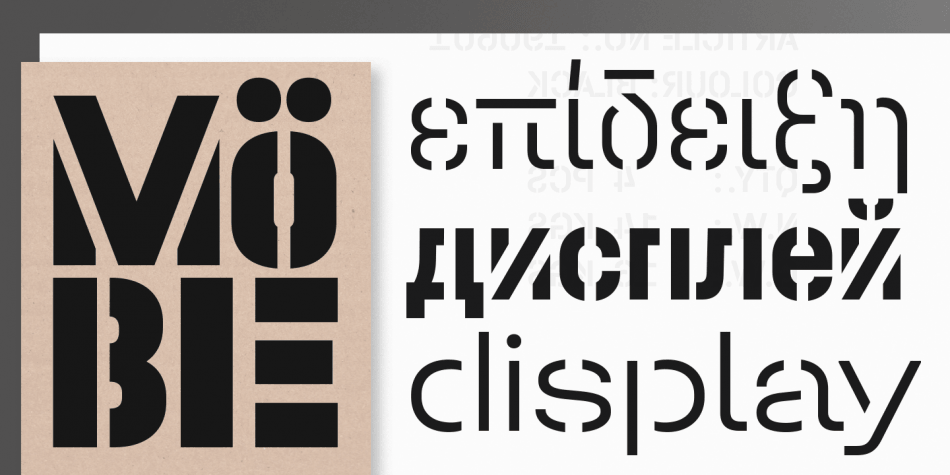 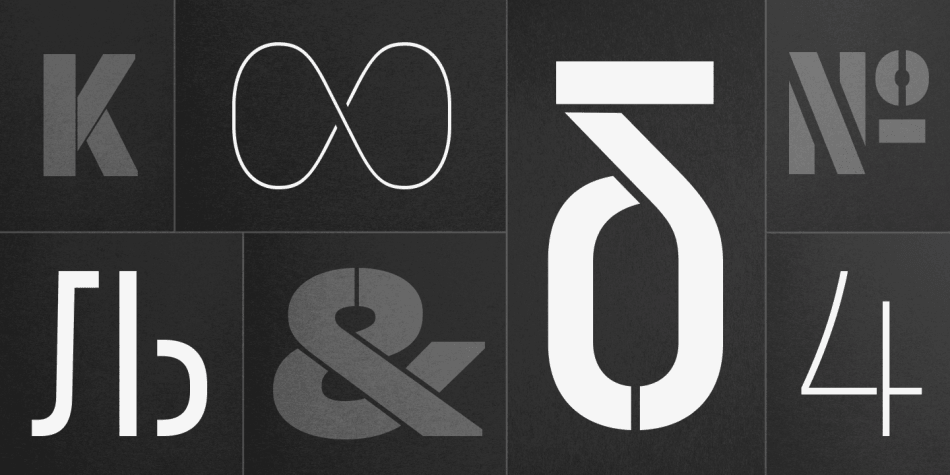 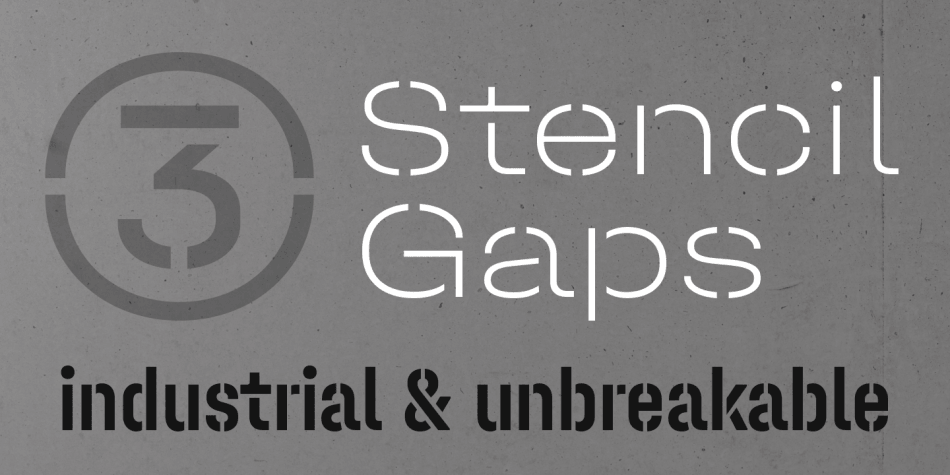 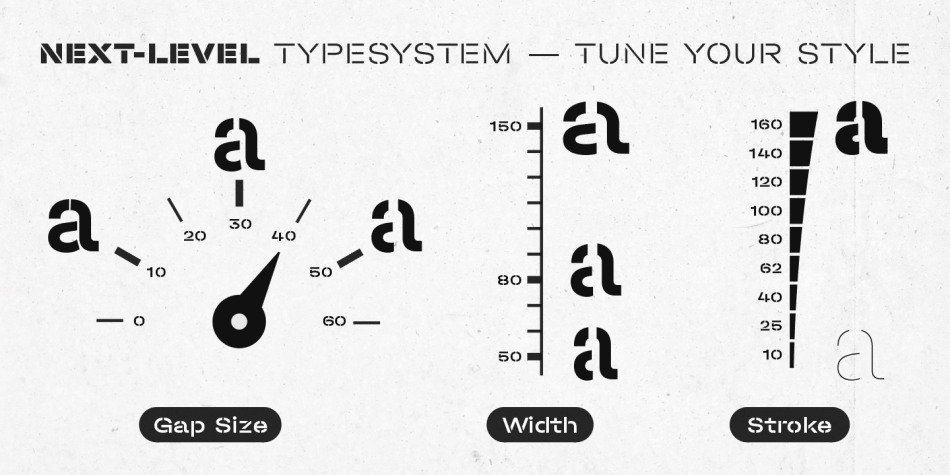 Designed by Jakob Runge, Nils Thomsen, Lisa Fischbach and Paul Eslage, Halvar Stencil is a sans serif and stencil font family. This typeface has eighty-one styles and was published by TypeMates. 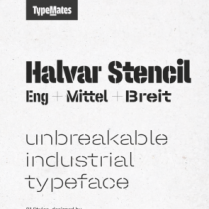 Halvar Stencil expands on the Halvar universe by building on its industrial attitude: this German-engineered Schablonenschrift is a typeface for construction sites, power stations, data plates and anything that demands visual impact.

Cutting stencils into the letters of Halvar reveals that the typeface is an engineer. With letters parted into circles and rectangles, Halvar Stencil is a practical typeface whose raw character is stabilised with consistency and solid workmanship. With bold weights well-suited to immense and brute uses and light weights that are airy and chic, it has flexibility to match its scale.

Complementing all this, Halvar’s multi-plexed functionality means that designers can lighten and darken text in complex settings without worrying about reflowing text or distorted interfaces. Like Halvar, Halvar Stencil has an absolutely consistent character width across all its weights.

Subdivided into an extended Breitschrift with a bold physique, a moderate Mittelschrift and a condensed Engschrift, each stencil subfamily has nine styles ranging from lightweight Hairline to massive Black weights. United in the Halvar Stencil Collection, these three families cover an exceptional range.

Please, max the Gap! Havar Stencil is not only available in three widths, it’s shipped with three sizes of stencilling. From the tight MinGap to the loose Maxgap, this ensures that whether Halvar Stencil is applied to a shipping container or the plaque of a hard carry case, it has the right amount of stencilling for the job.