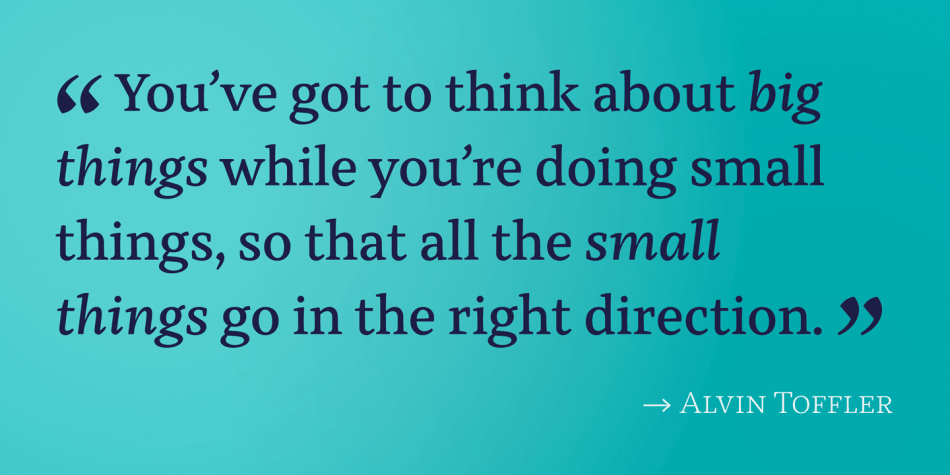 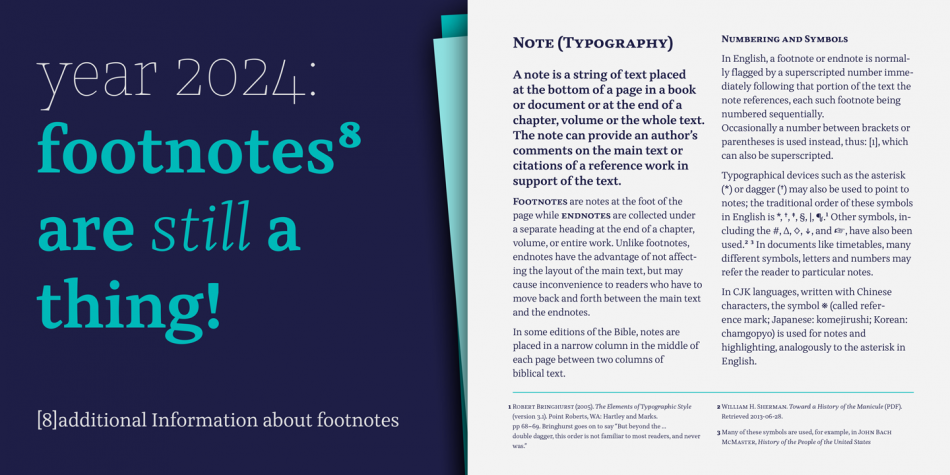 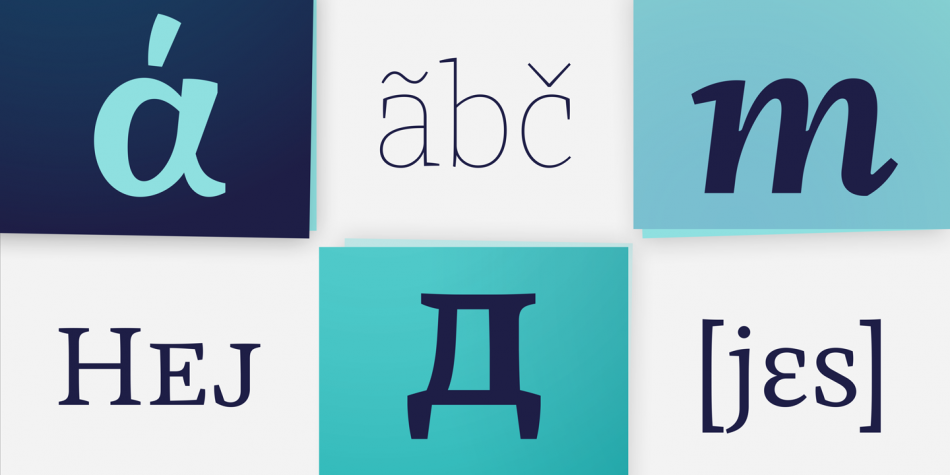 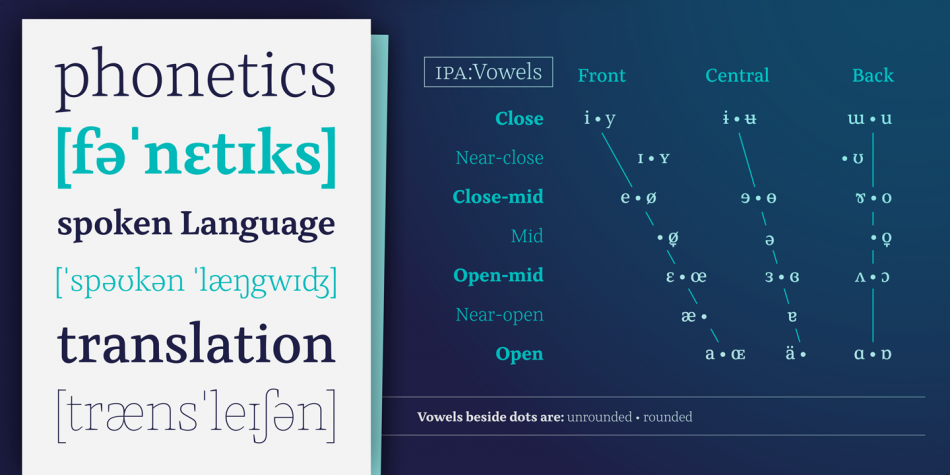 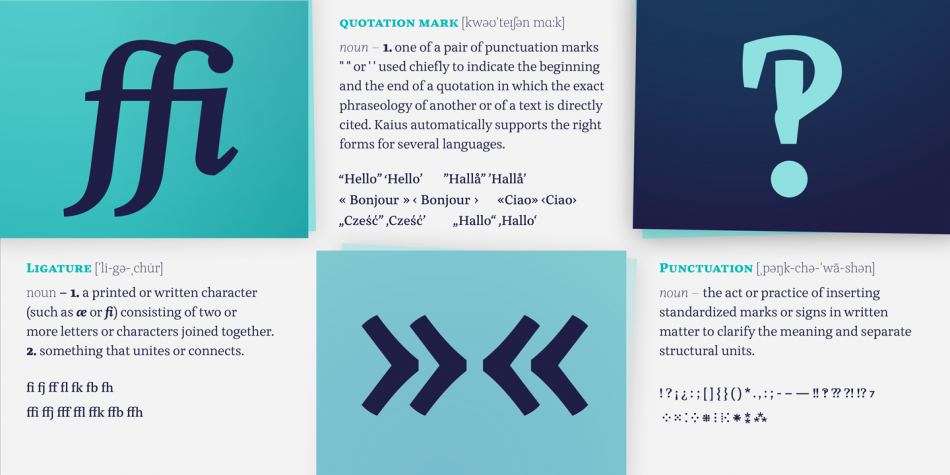 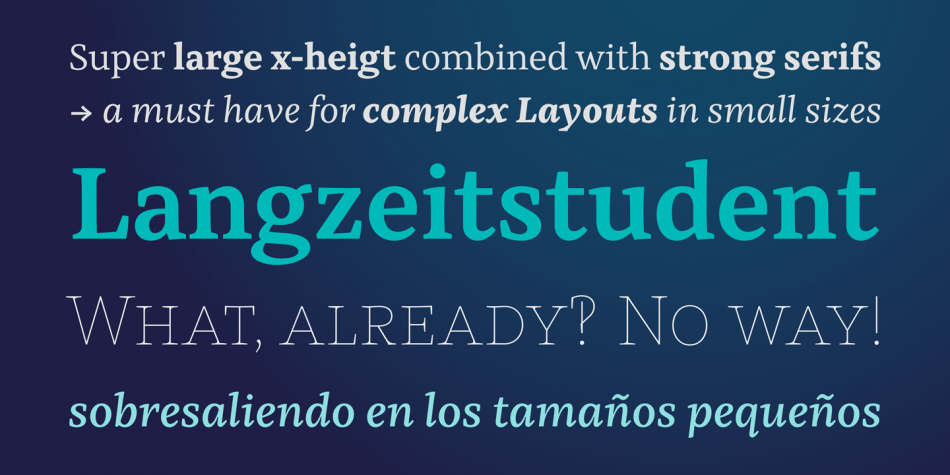 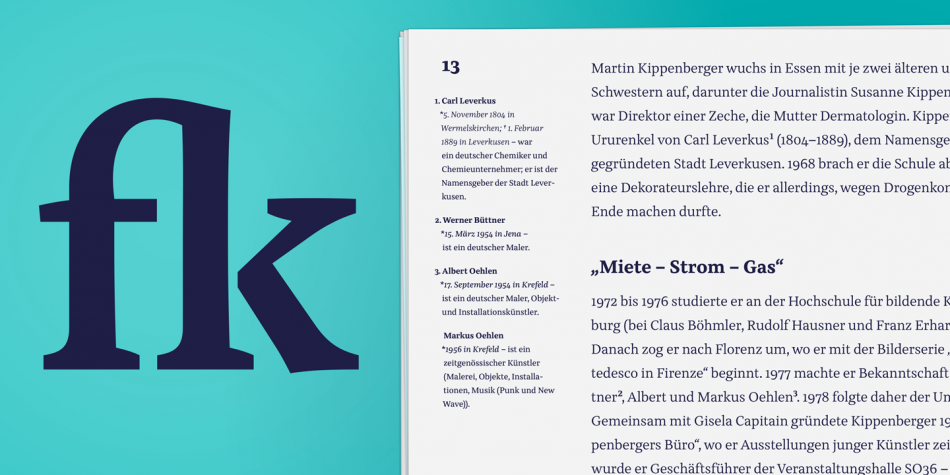 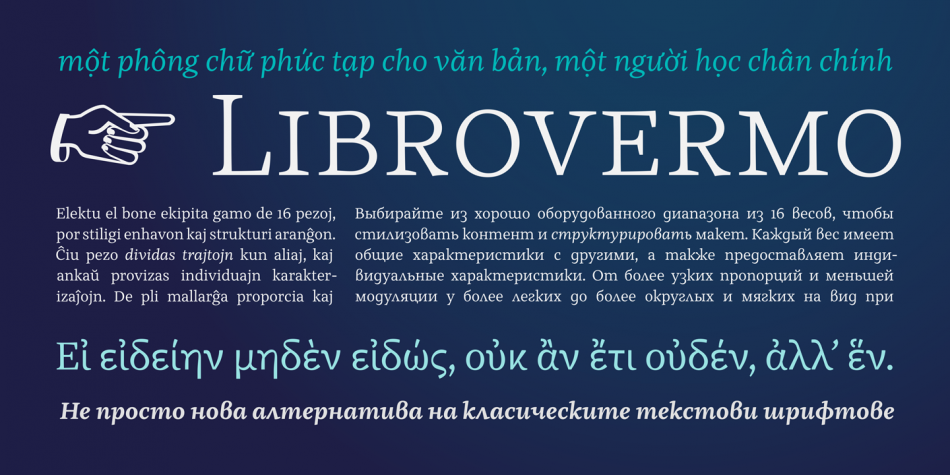 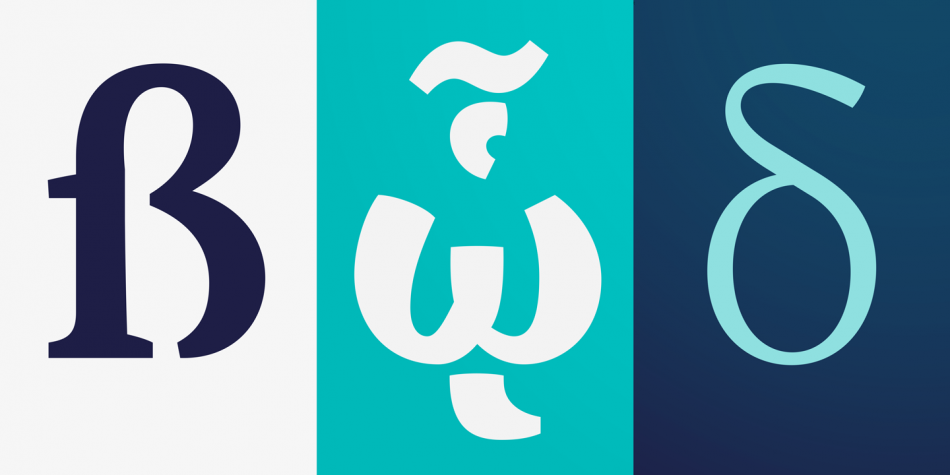 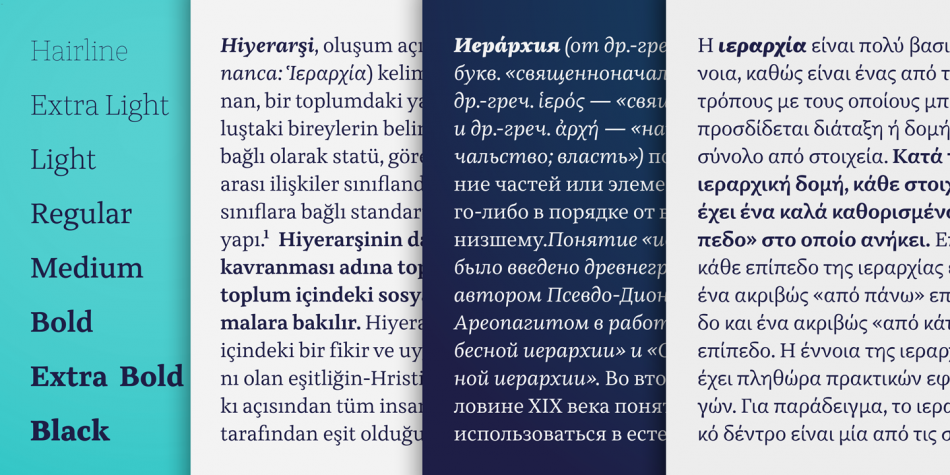 Designed by Lisa Fischbach, Kaius Pro is a serif font family. This typeface has sixteen styles and was published by TypeMates. 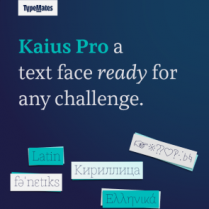 A sophisticated text typeface, Kaius Pro is an academic. Specialised for text in small sizes and complex layouts, Kaius is capable of handling demanding structure, language and character requirements with ease.

Kaius is not just a fresh alternative to classic text typefaces. With a generous x-height, open apertures and wide round letters, it’s also extremely readable. Sharp vertical serifs emphasise Kaius’s rhythm and are finely balanced with sturdy baseline serifs, which are so important for legibility. Together, these features create a reliable text structure.

Kaius combines analytical thinking with a modern exterior. The typeface’s outlines have more curved than straight lines, giving it an unconventional appearance close up. Zoom out, and Kaius brings a fresh feel to longform reading. Distinguished in distinction, Kaius is equipped with small caps, italics and 16 weights to style, structure and clarify complex information at every scale.

From the narrow, low contrast Hairline, to the softer, rounder Black, Kaius’s sixteen weights are complemented by lively italics. Their even rhythm and comparatively slight angle are contrasted by expressive cursive letterforms. Used in upright text, they harmonise; neither standing out too much nor blending in.

Whether all caps text, arbitrary fractions or tabular-ranging figures, setting five dot punctuation or accessing rare symbols like interrobangs and manicules, typographic excellence is no challenge for this scholar of complexity.

Kaius’s love of books makes it a friend of fine typography. Kaius expertly selects the correct dashes and quotation marks for different languages and has sets of punctuation and symbols carefully refined for use in uppercase and small-cap texts.

And Kaius is a linguistic enthusiast. Along with Greek and Cyrillic, it supports almost every language that uses the Latin alphabet, from Icelandic to Vietnamese. It’s attentive to localised forms, supports ancient Greek and historical Cyrillic letters, and is well-versed in the International Phonetic Alphabet and the many special characters used in academic and lexical typography. All in all, Kaius’s character set covers an extensive 2,500 glyphs. Whatever you might need, Kaius covers it.