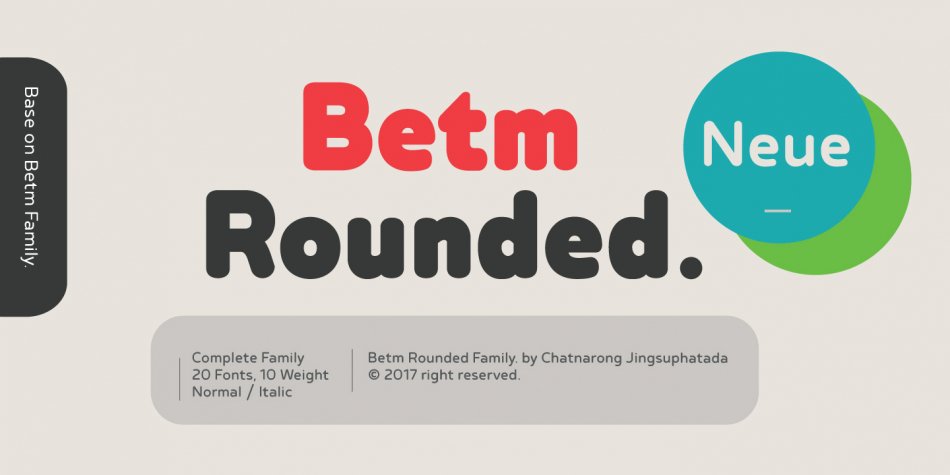 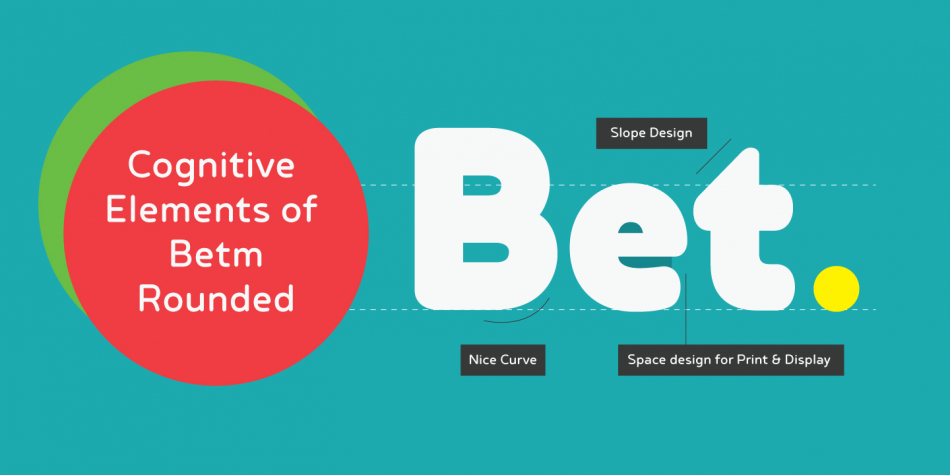 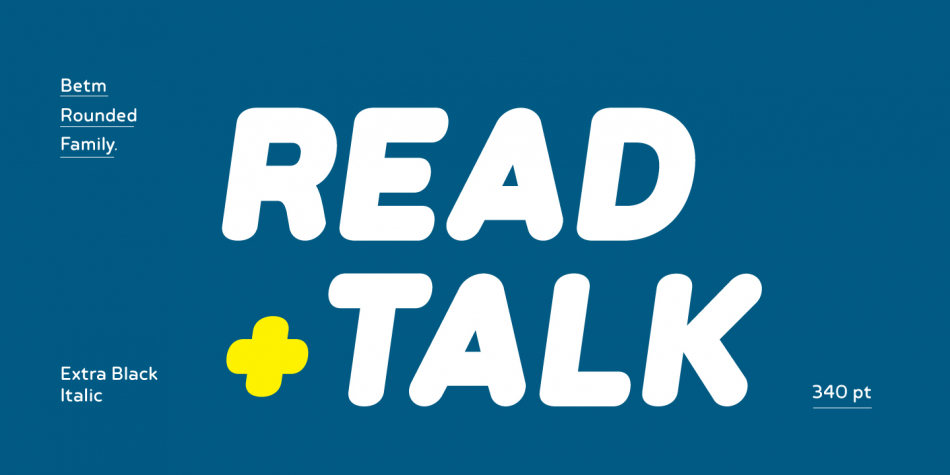 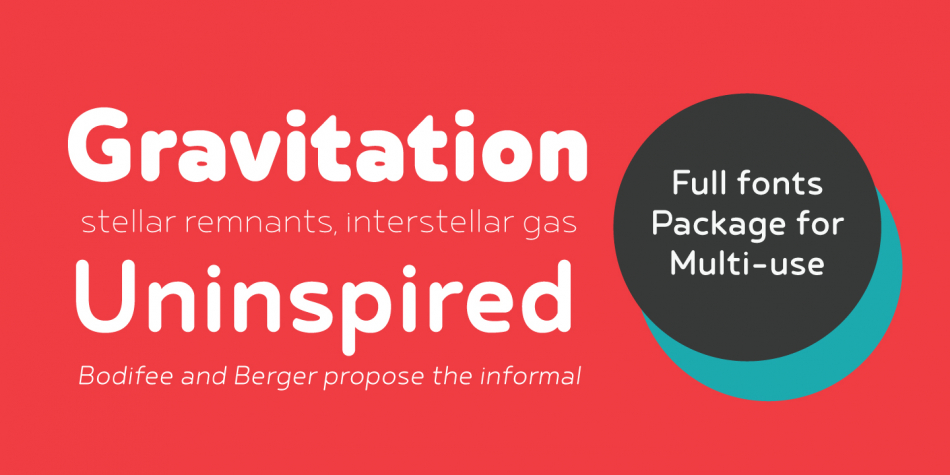 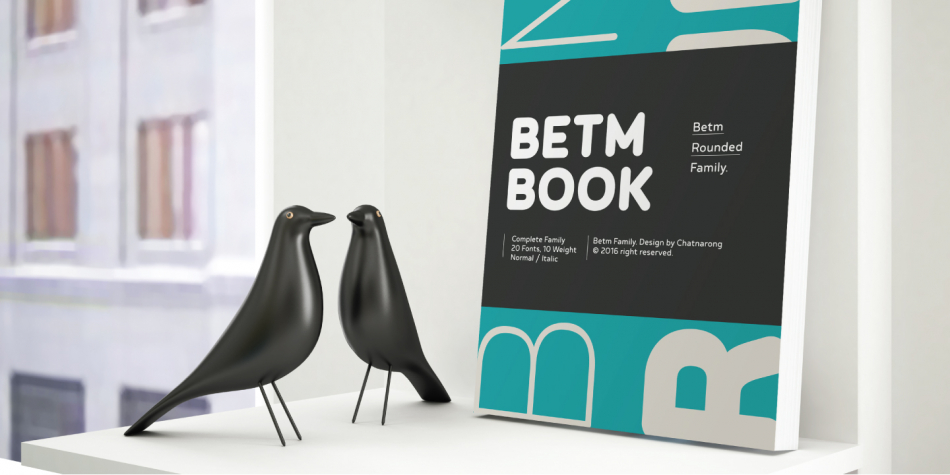 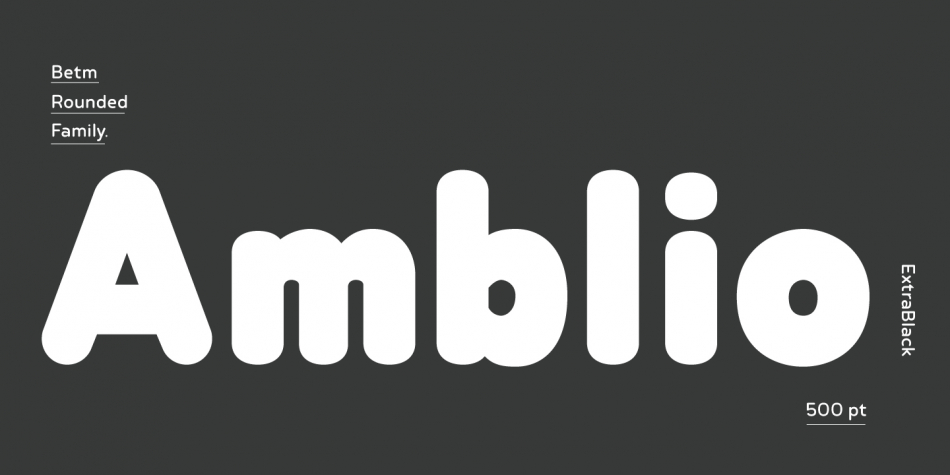 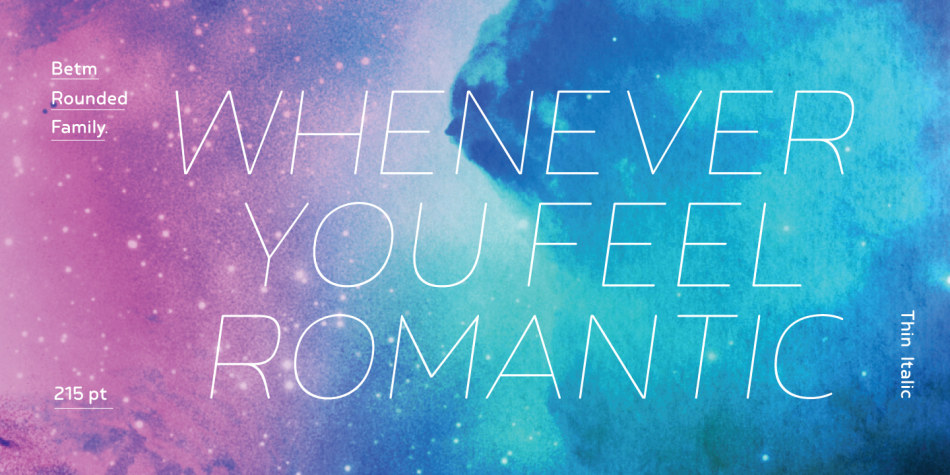 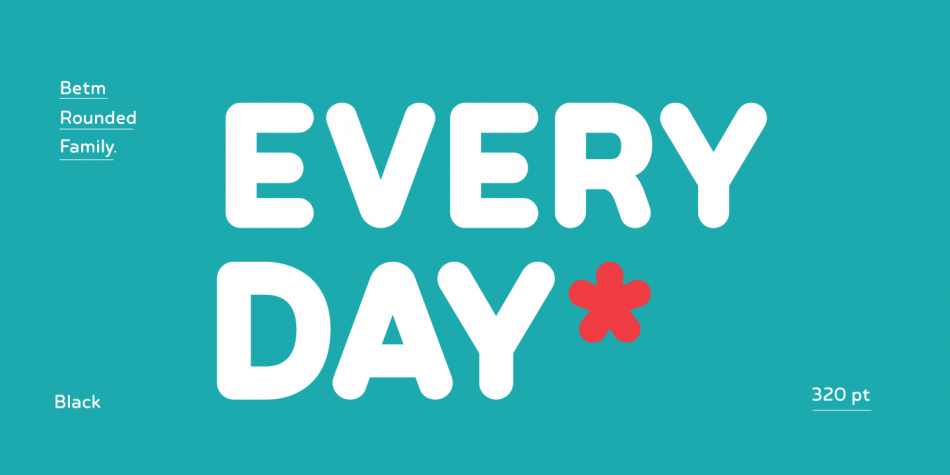 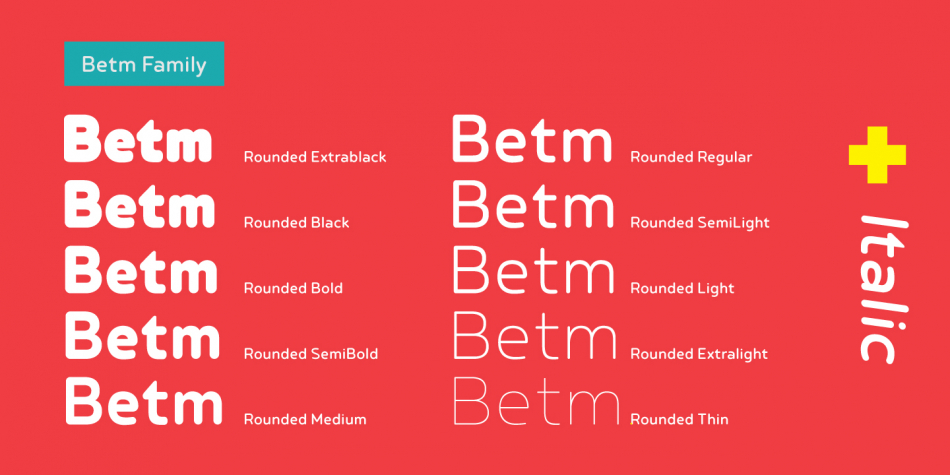 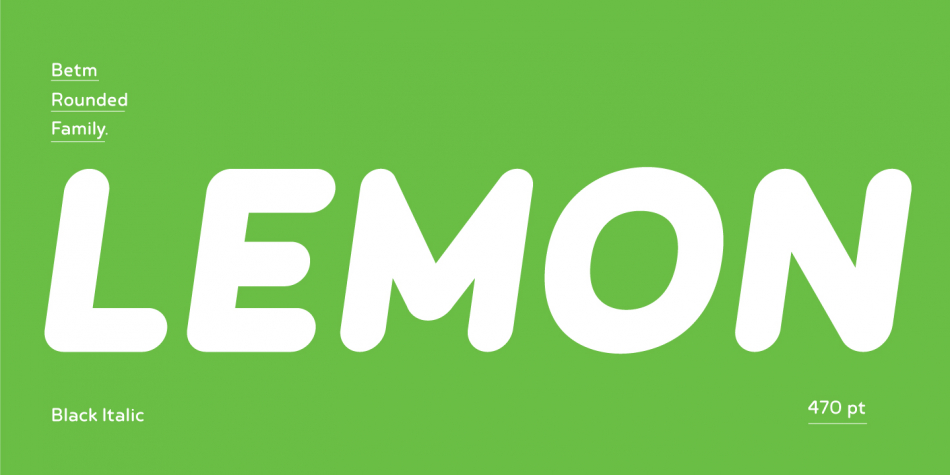 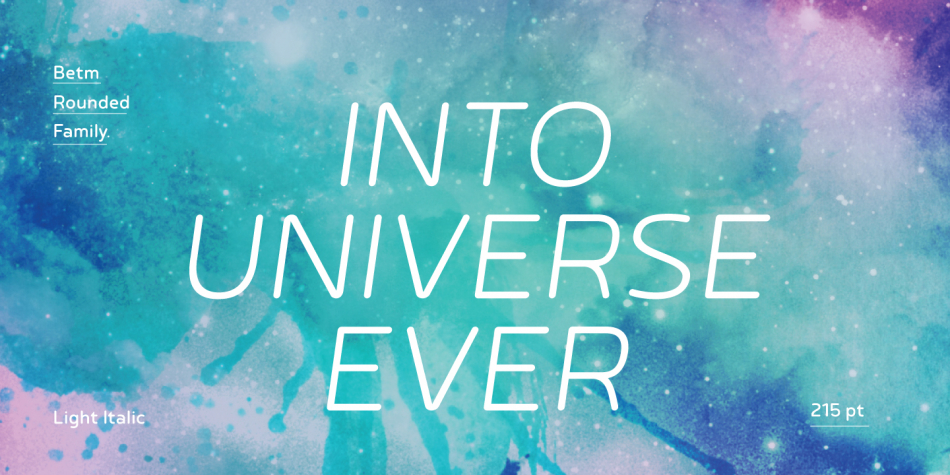 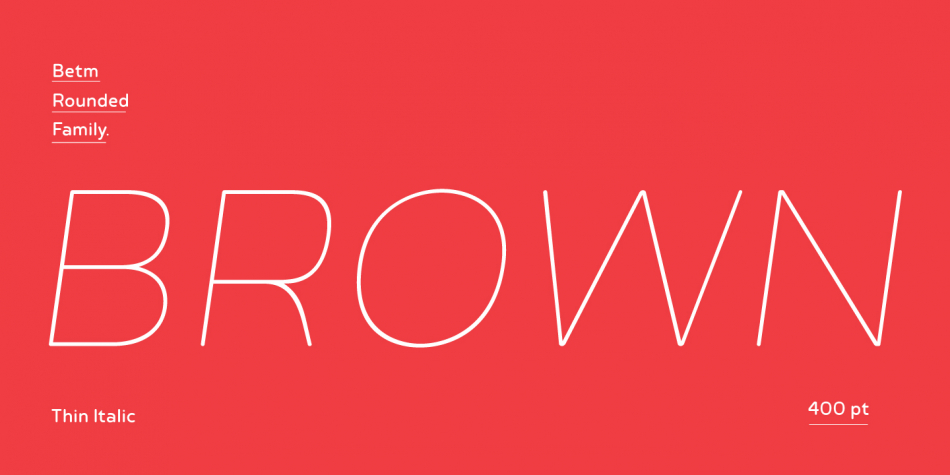 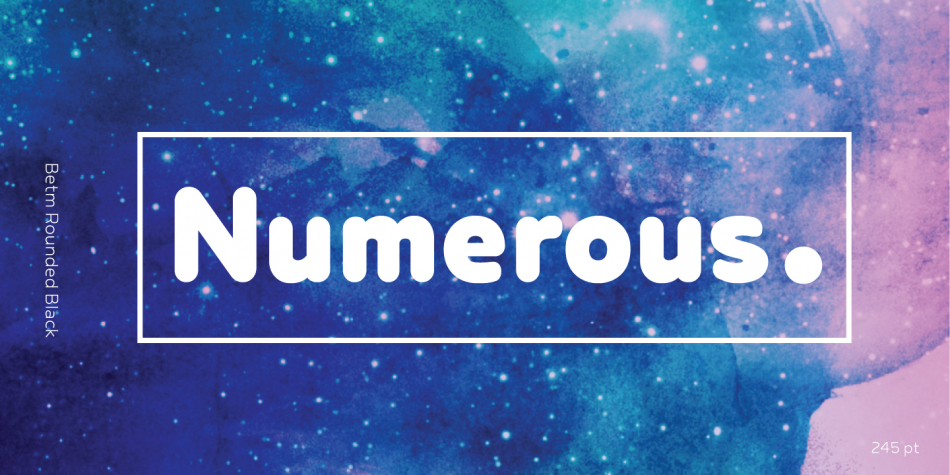 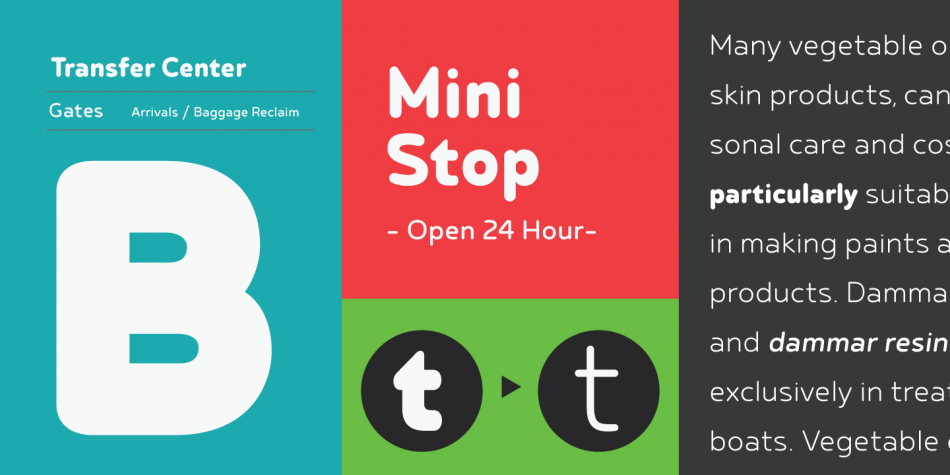 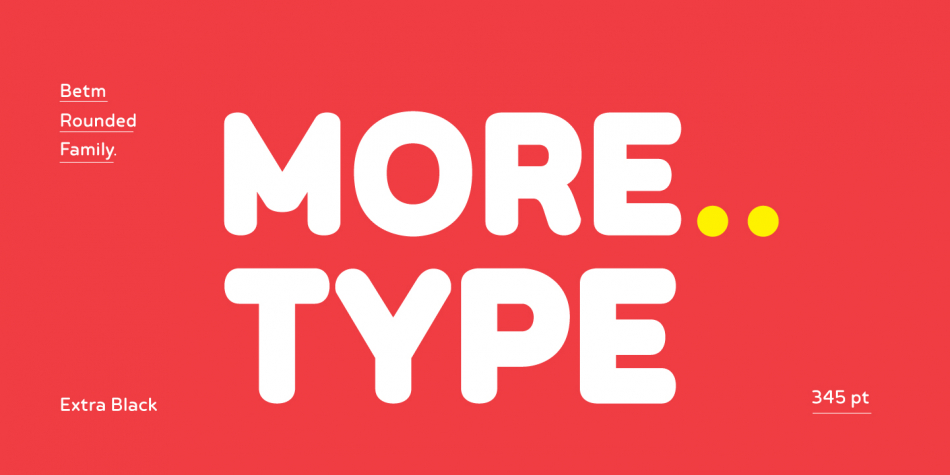 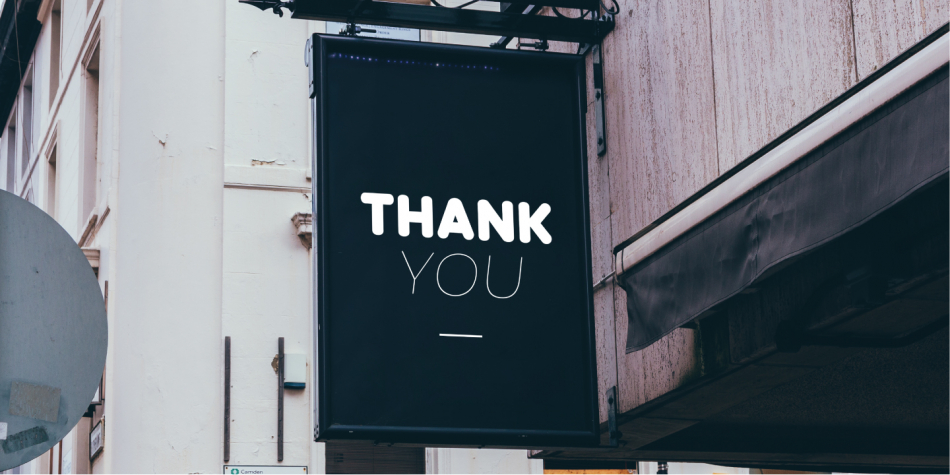 Betm Rounded is a sans serif font family. This typeface has twenty styles and was published by Typesketchbook.

The typeface of Betm Rounded is based on the successful Betm font family by font foundry Typesketchbook.

Font designer Chatnarong Jingsuphatada created Betm as a Rounded version to Betm. Both type families consist of ten weights plus with italic versions.

Betm’s typeface has a friendly and modern sans serif appearance. This modern geometric font is very legible and can be used for headlines as well as small and long text.