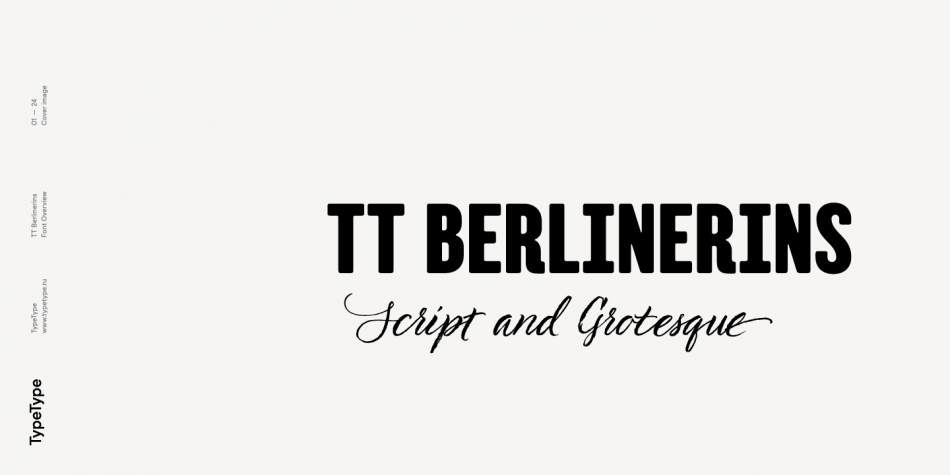 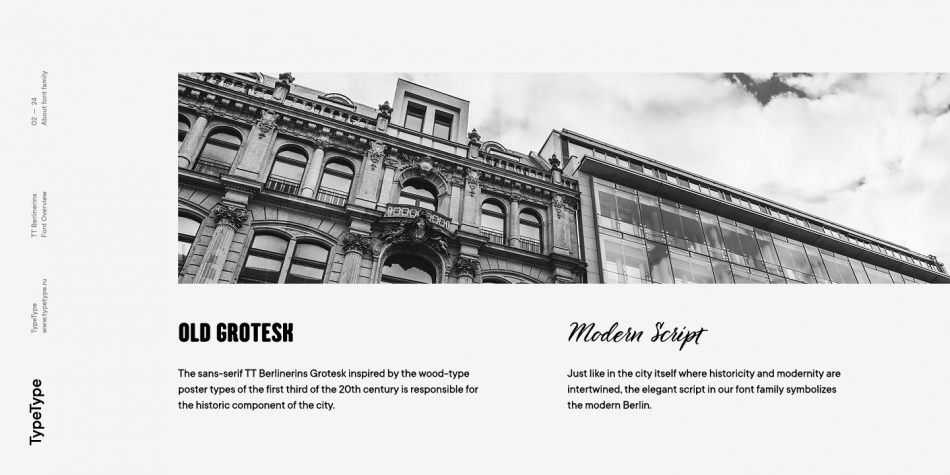 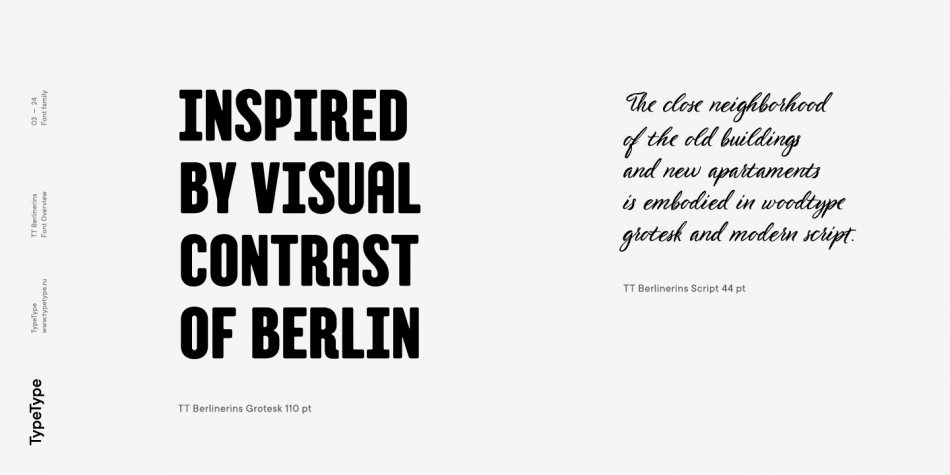 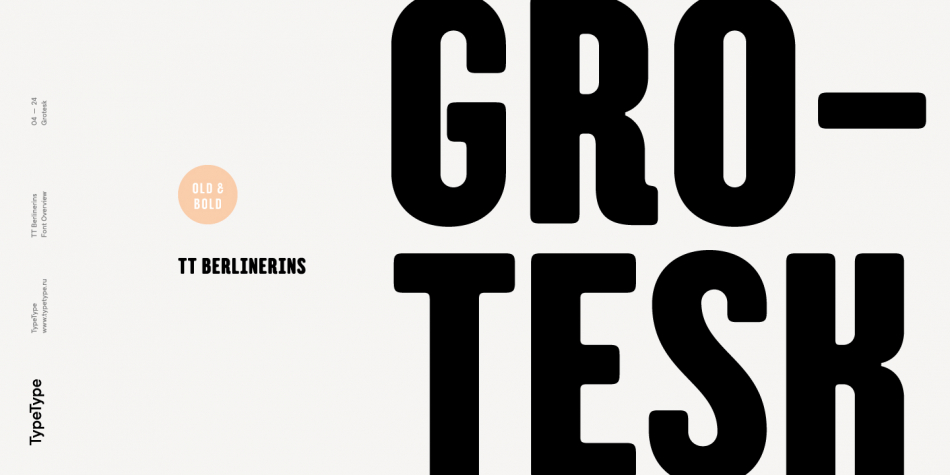 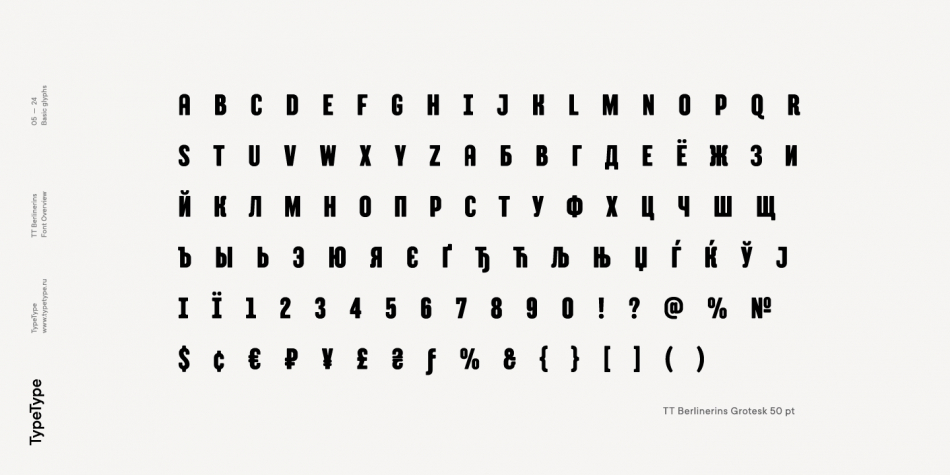 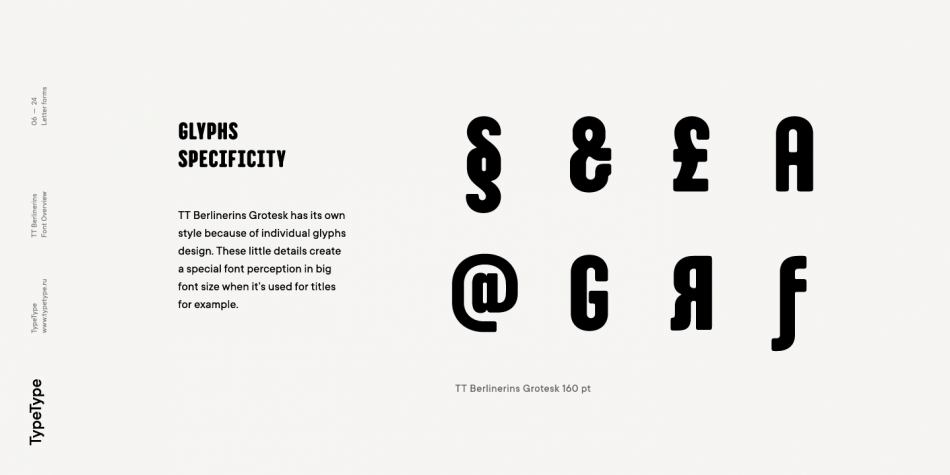 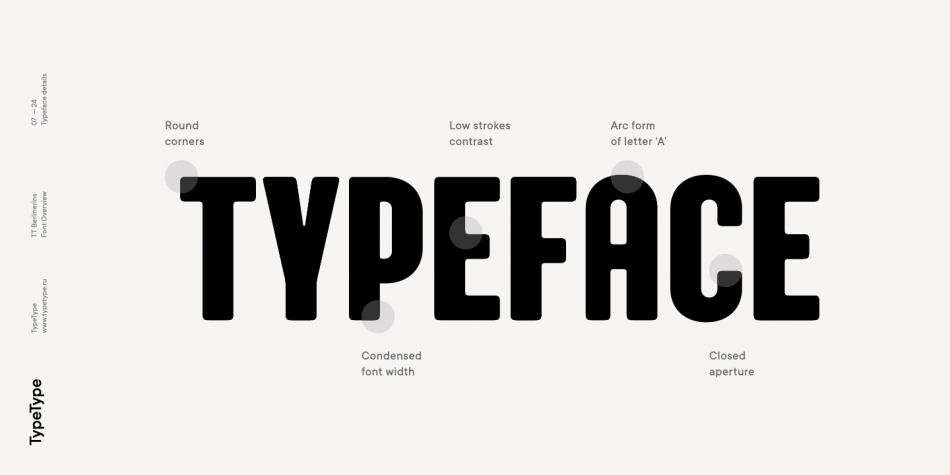 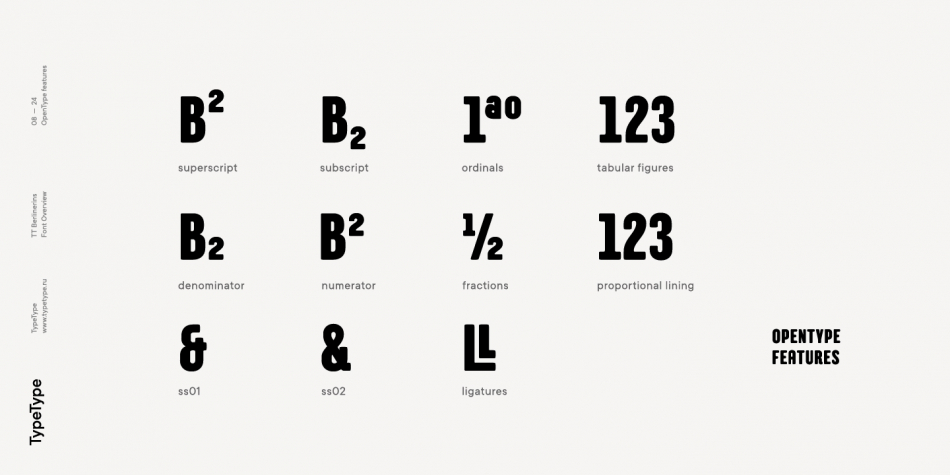 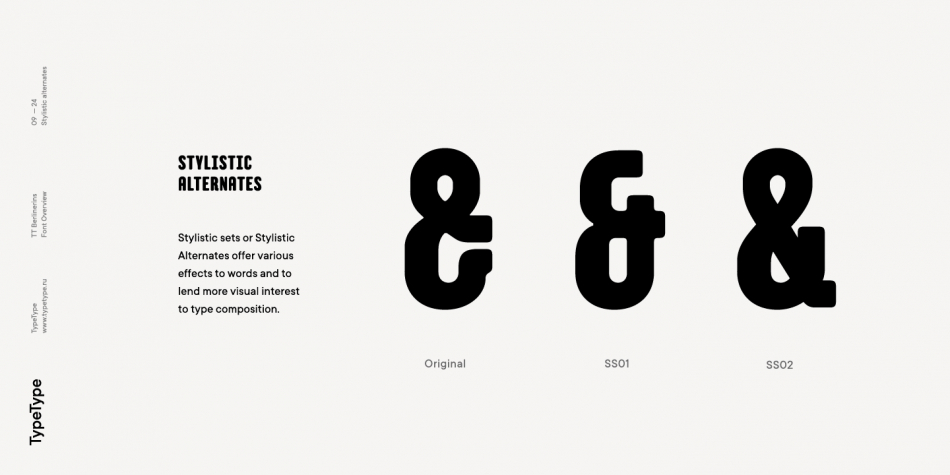 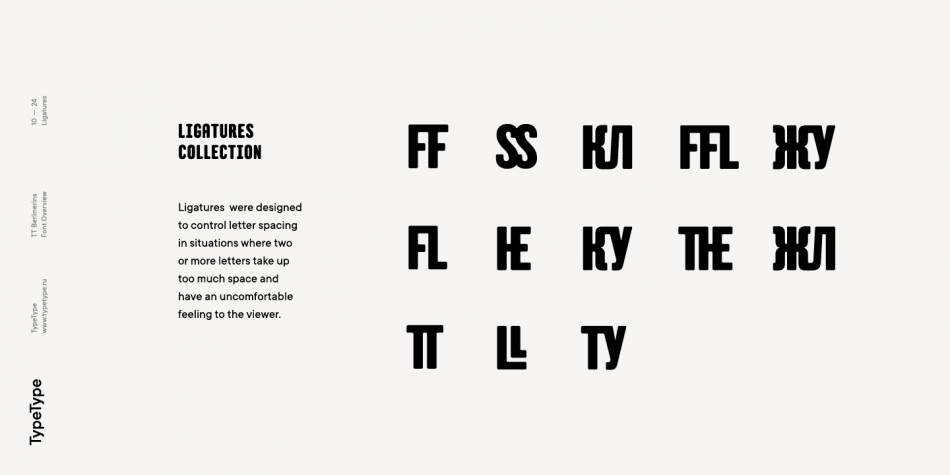 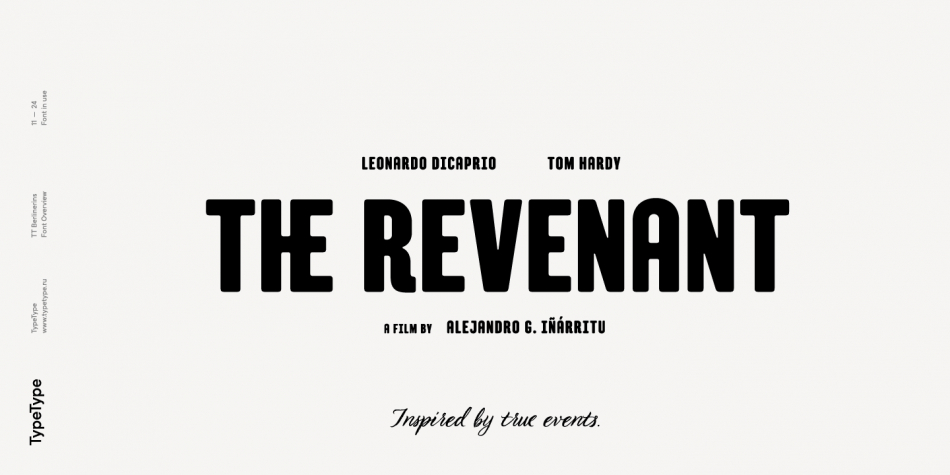 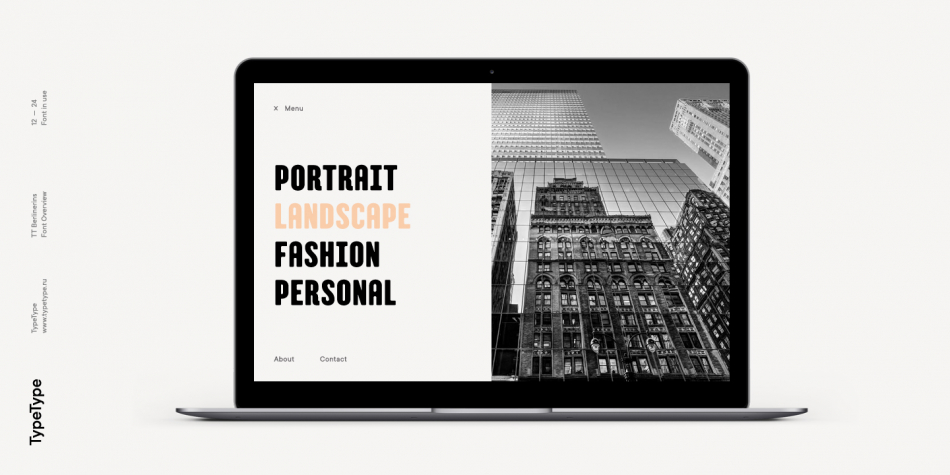 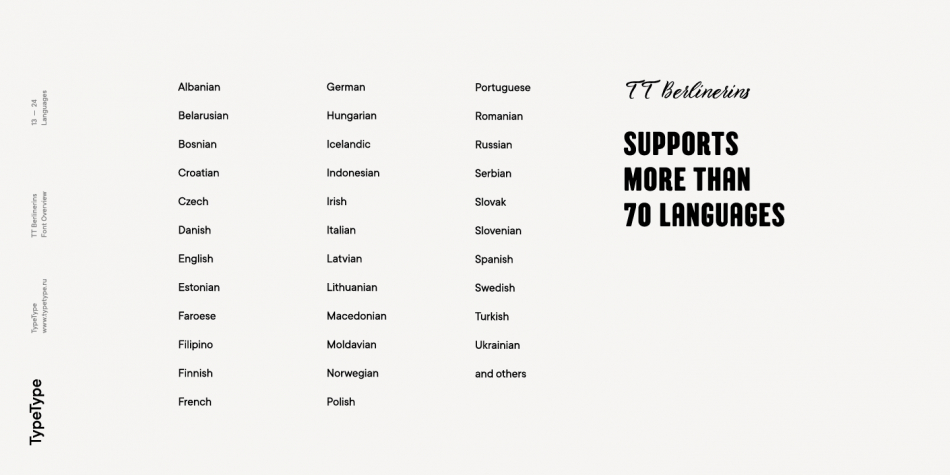 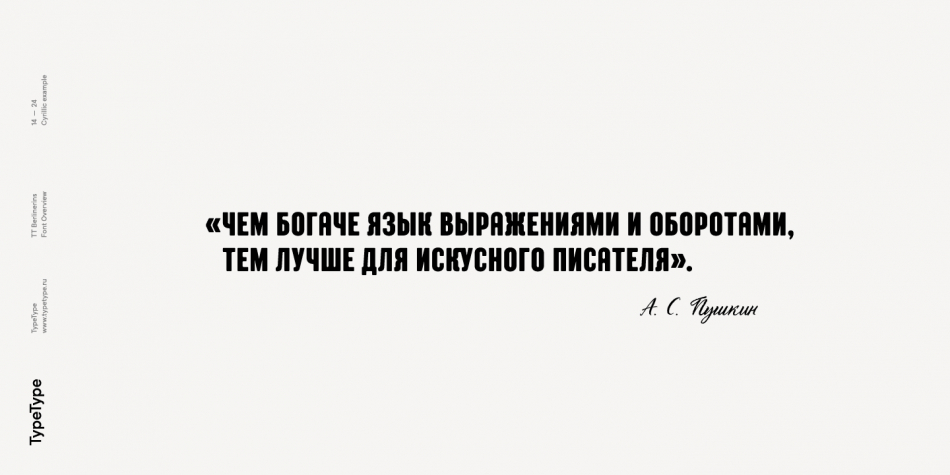 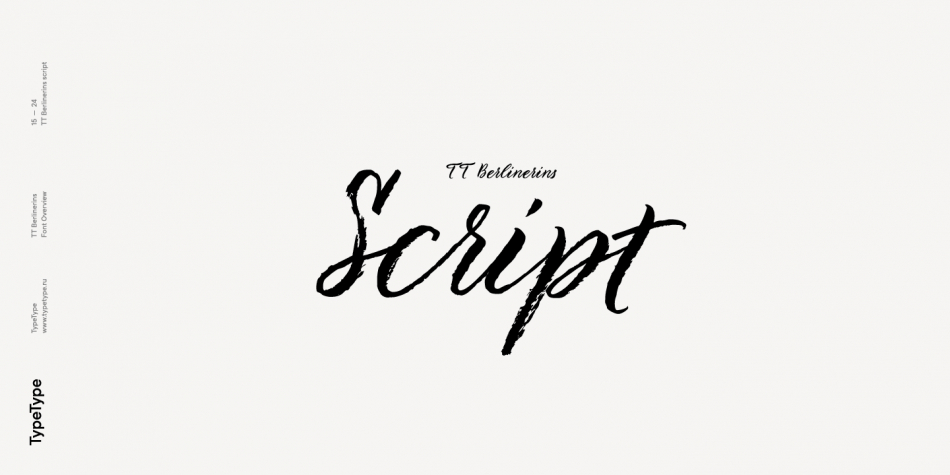 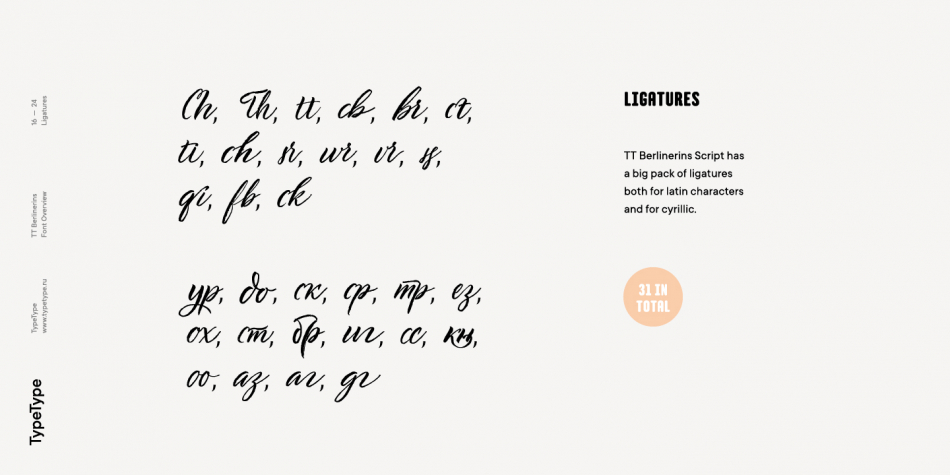 Designed by Ivan Gladkikh, TT Berlinerins is a multiple classification font family. This typeface has two styles and was published by Typetype. 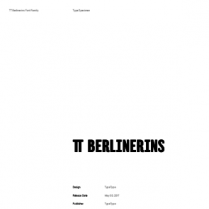 TT Berlinerins is a contrast pair of typefaces which is basically our tribute to Berlin. Just like in the city itself where historicity and modernity are intertwined, the elegant script in our font family symbolizes the modern Berlin, and the sans-serif inspired by the wood-type poster types of the first third of the 20th century is responsible for the historic component of the city.

The idea of this project emerged in the beginning of 2016 when we met Evgenia Pestova, a calligrapher from Berlin, who shared the contemporary perspective on calligraphy and the city impressions with us. The wood-type sans-serif appeared later, after our another colleague had visited Berlin and told us his fascinating story about the things she had seen. The city is full of contrasts — it is very modern and very vintage at the same time. The photographs and the impressions from the trip have also become the basis of our project. That is how we’ve added a little of old Berlins roughness and inhomogeneity.