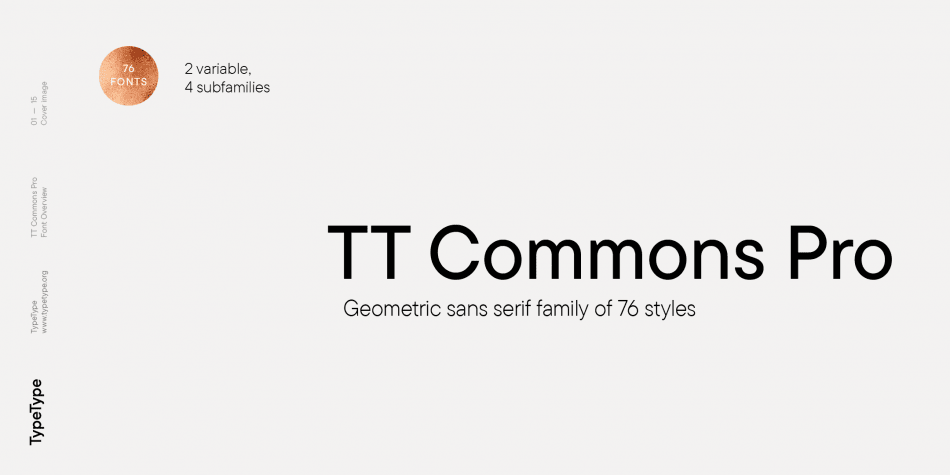 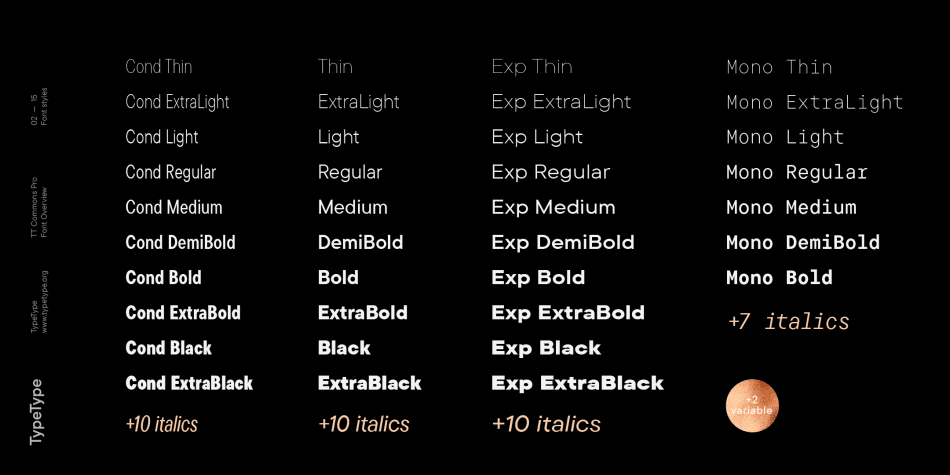 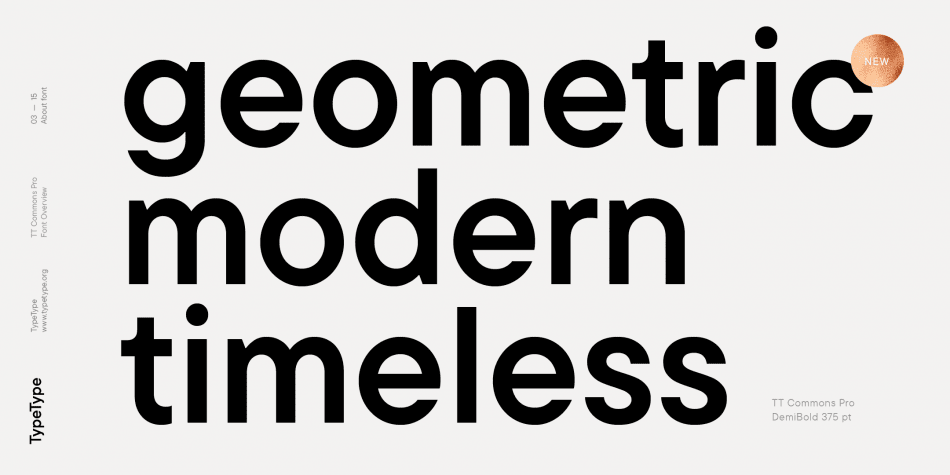 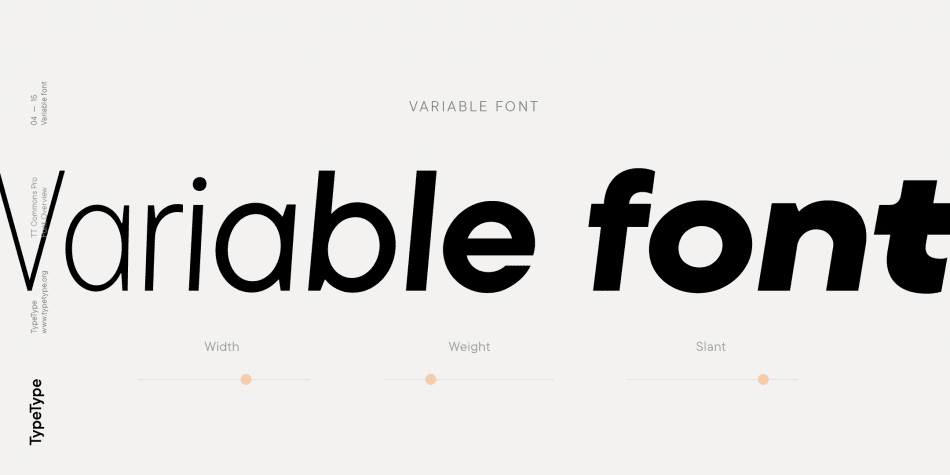 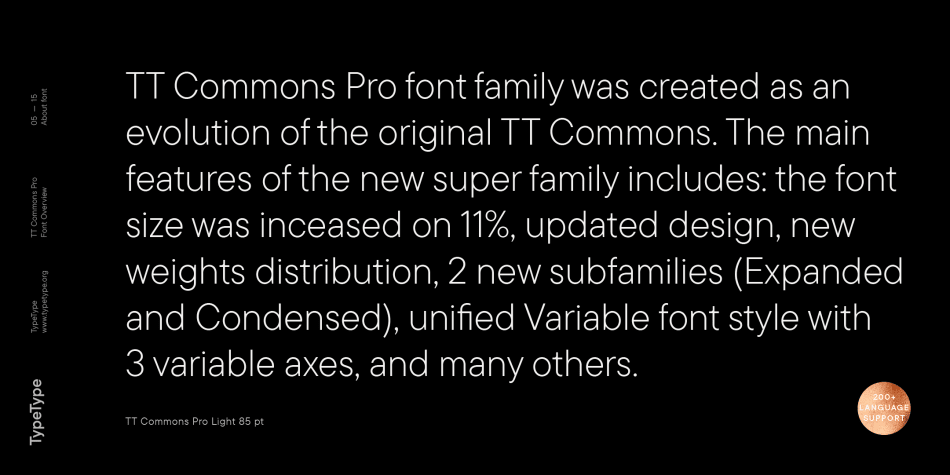 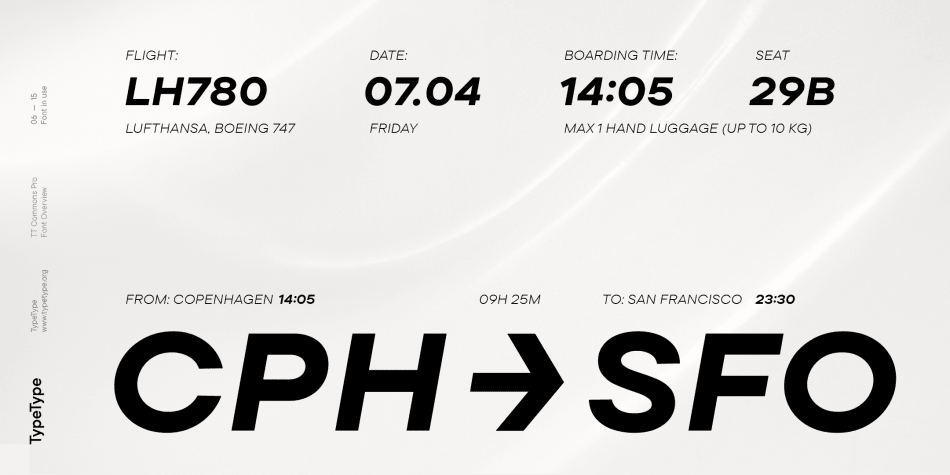 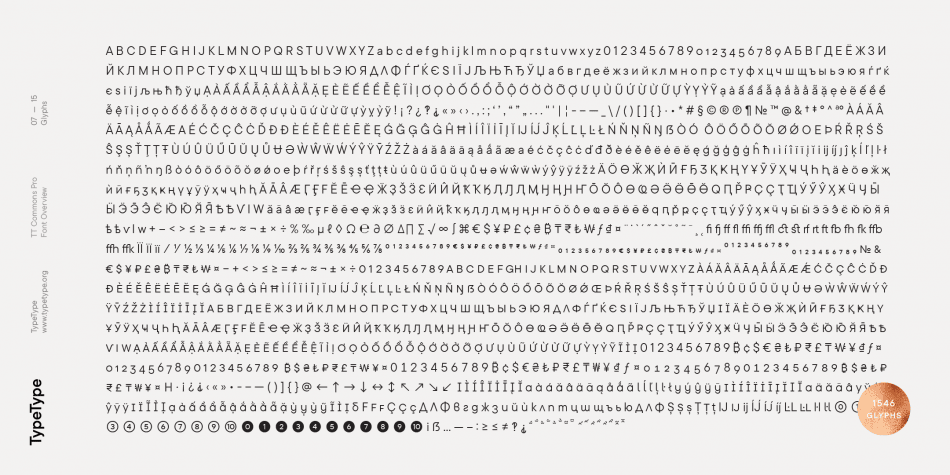 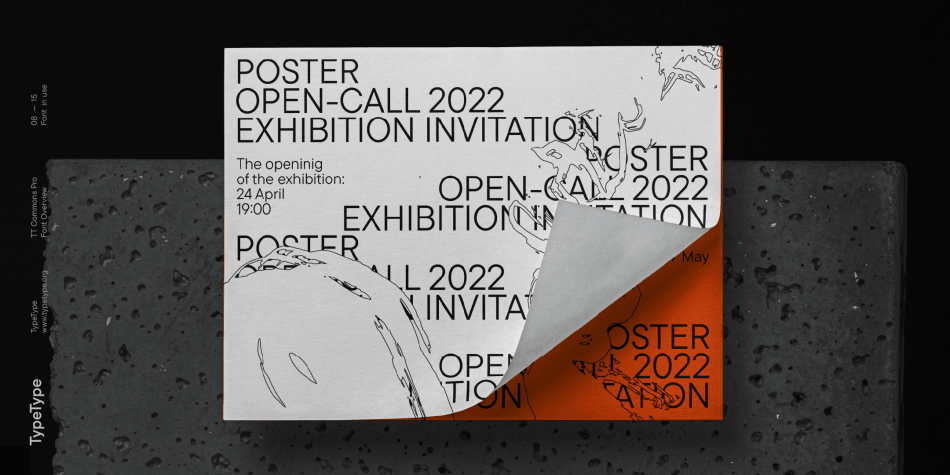 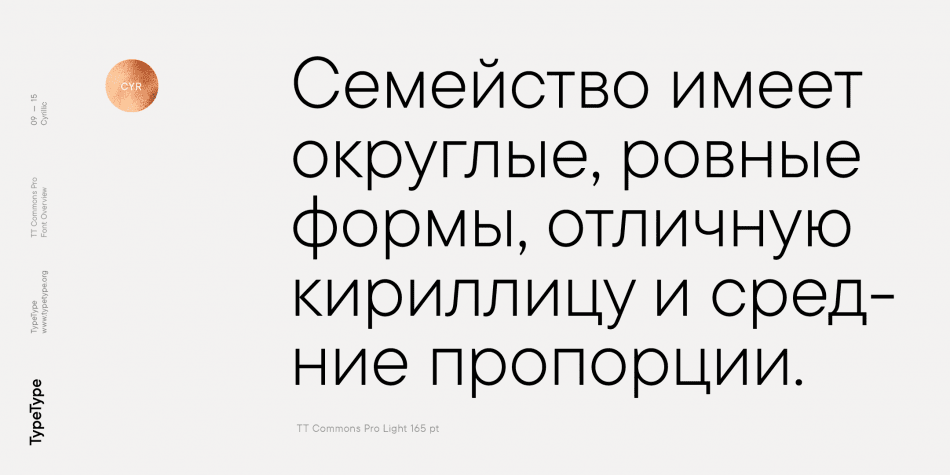 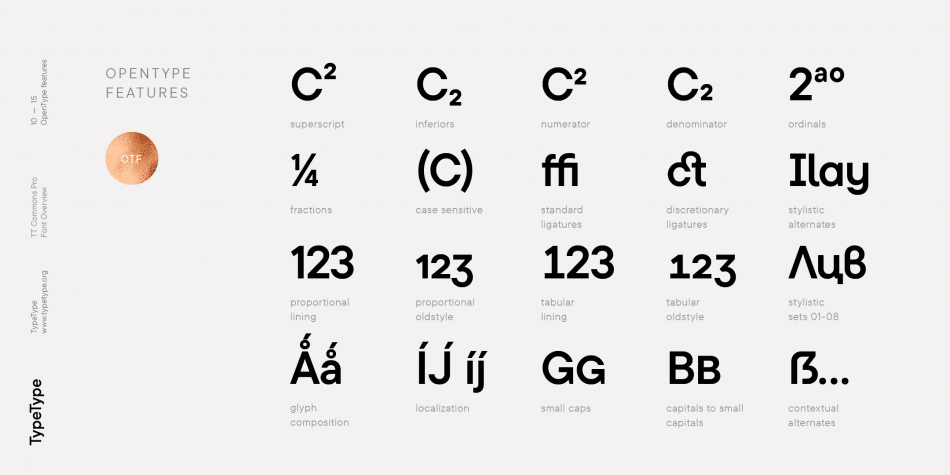 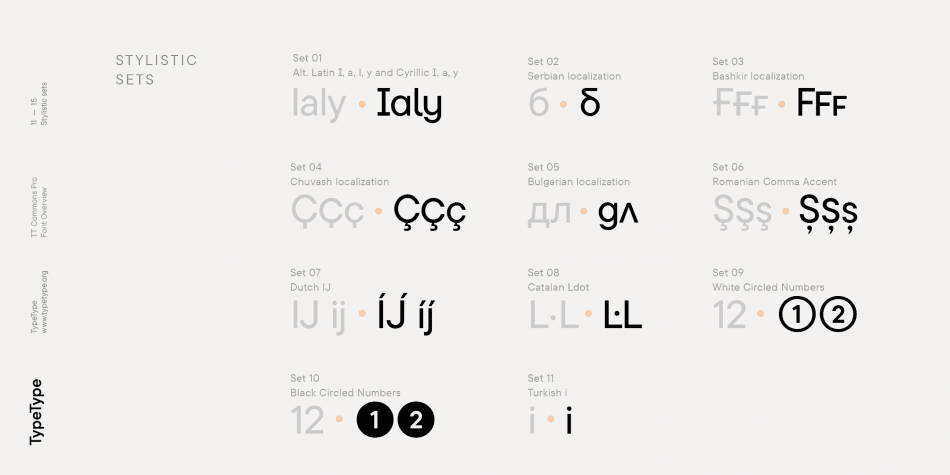 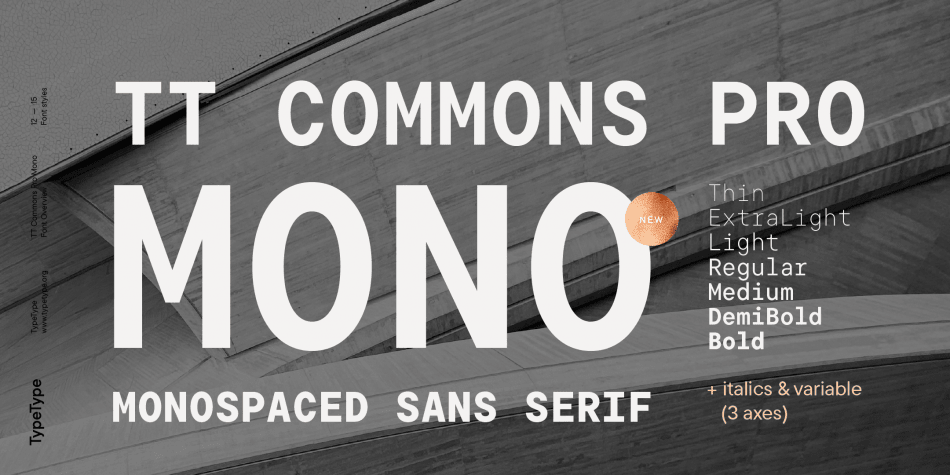 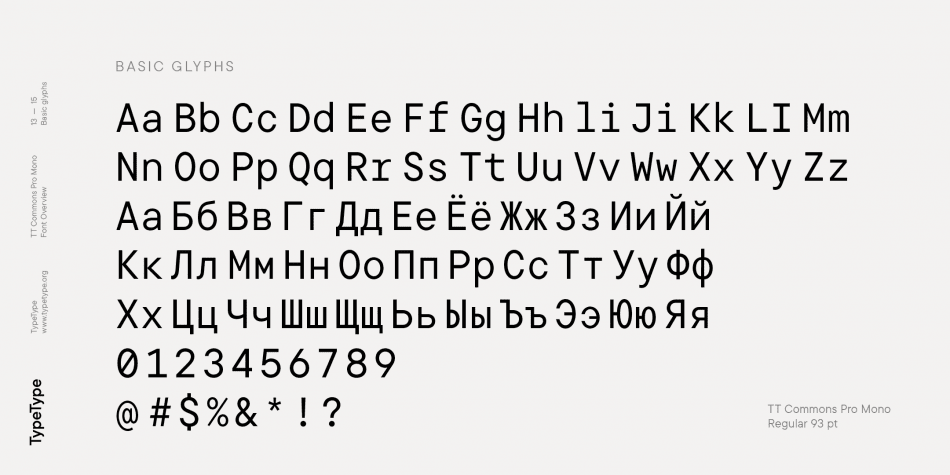 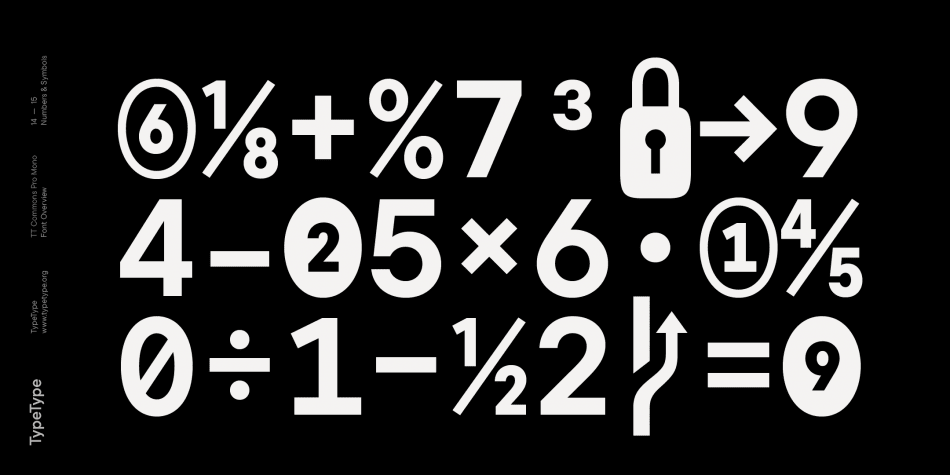 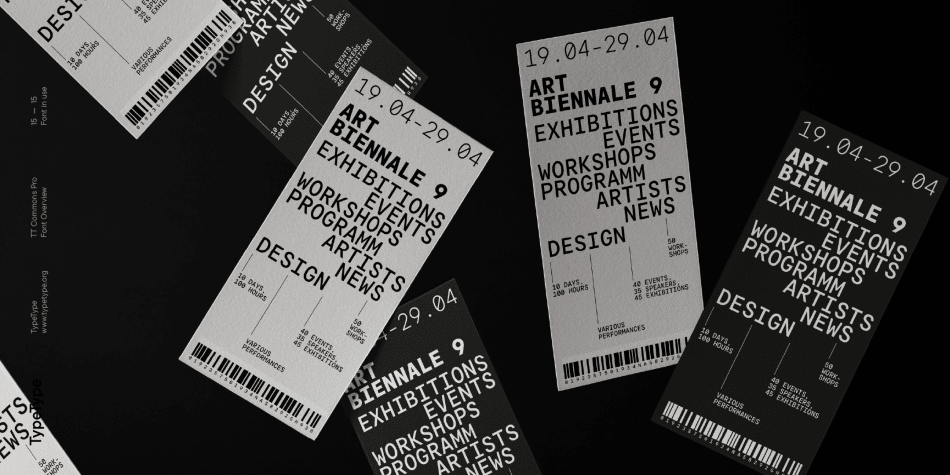 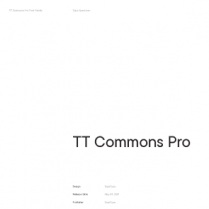 We introduce TT Commons Pro, a completely redesigned version of the well-established classic font family that now offers even more functionality and is even better adapted for today’s use.
First, the font height has been increased by 11%, and now the capital letter height is 700 points instead of 630 in the classic version. This is done so that the font fits better in the place of system or other modern fonts.
Secondly, for the PRO version, we revised ALL characters in the font, corrected all the outlines, edited the shape of some characters, improved diacritics and small caps. In addition, we completely redid the weight distribution in the font family, expanded language support, and also redrew all the family’s italics from scratch and did completely new hinting.
And most importantly, we decided to significantly expand the functionality of the font and added two new widths: narrow and wide. Thus, TT Commons Pro has become a truly ultimate workhorse, with which you can solve any problems related to layout, printing, design, branding, use in the web and applications.
And of course, we haven’t forgotten about the variable version of the font.
For TT Commons Pro we have prepared a variable font with three axes of variability: width, thickness and slant. To use the variable font with 3 variable axes on Mac you will need MacOS 10.14 or higher. An important clarification-not all programs support variable technologies yet, you can check the support status here: https://v-fonts.com/support/.
TT Commons Pro OpenType features list: aalt, frac, ordn, case, c2sc, smcp, ccmp, locl, sinf, subs, sups, numr, dnom, tnum, onum, lnum, pnum, dlig, liga, calt, salt, ss01 (Alt. Latin I, a, l, y and Cyrillic I, a, y), ss02 (Serbian localization), ss03 (Bashkir localization), ss04 (Chuvash localization), ss05 (Bulgarian localization), ss06 (Romanian Comma Accent), ss07 (Dutch IJ), ss08 (Catalan Ldot), ss09 (White Circled Numbers), ss10 (Black Circled Numbers), ss11 (Turkish i).