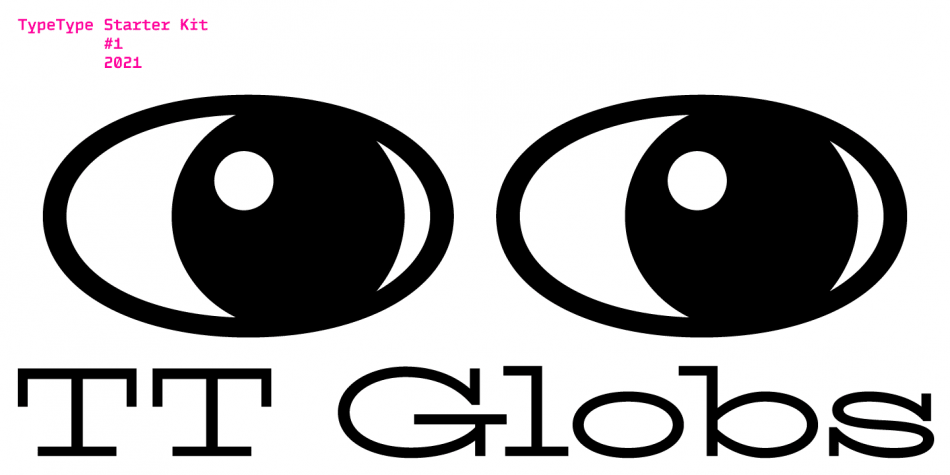 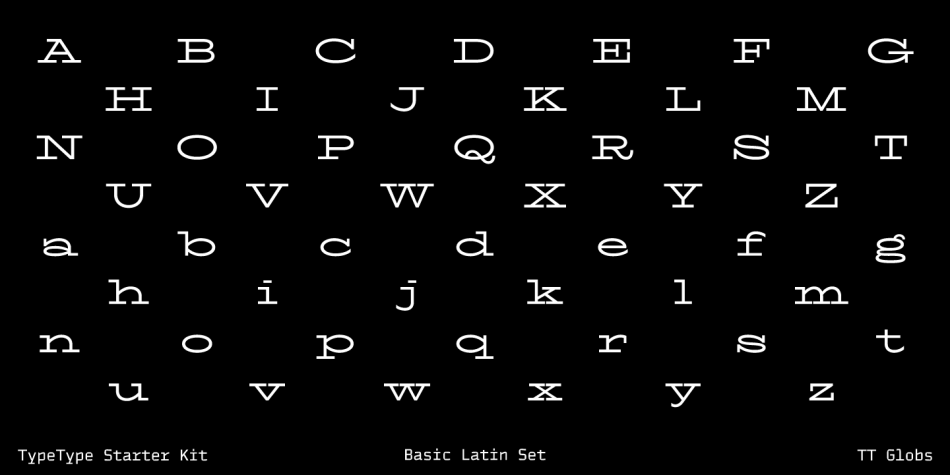 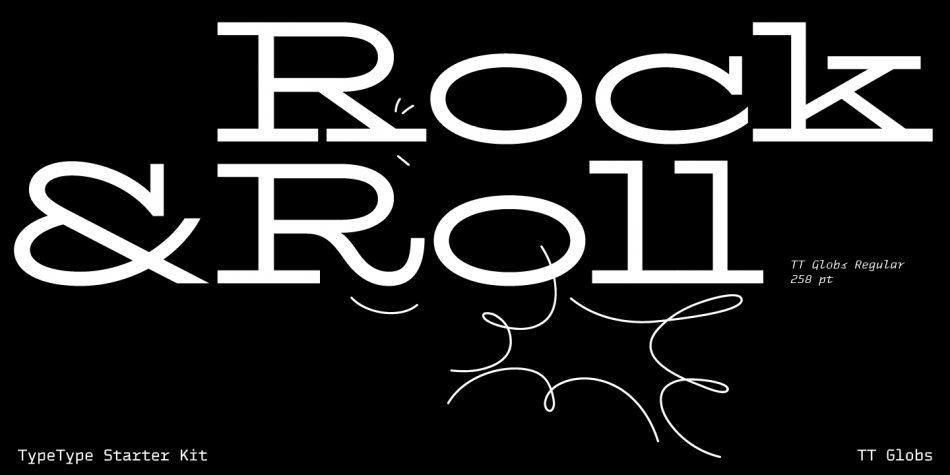 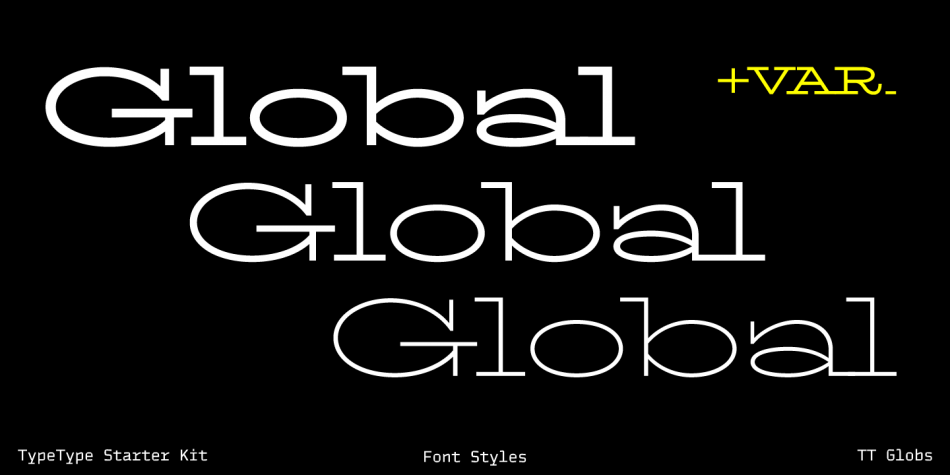 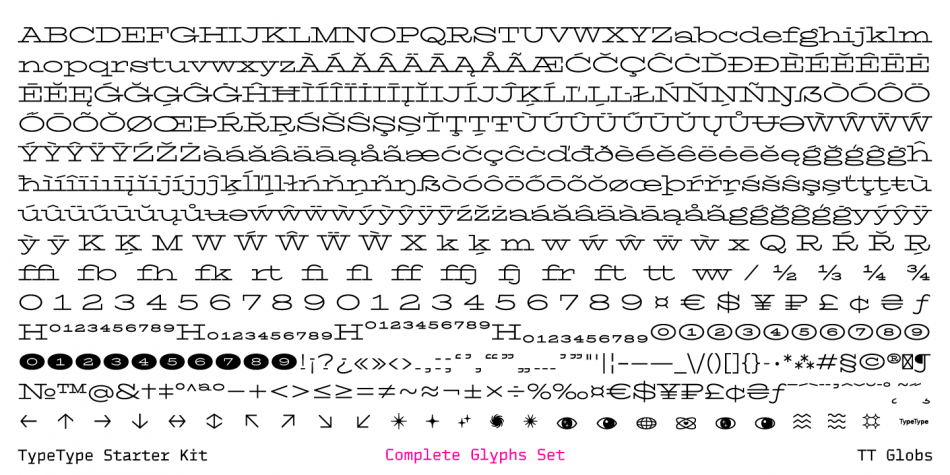 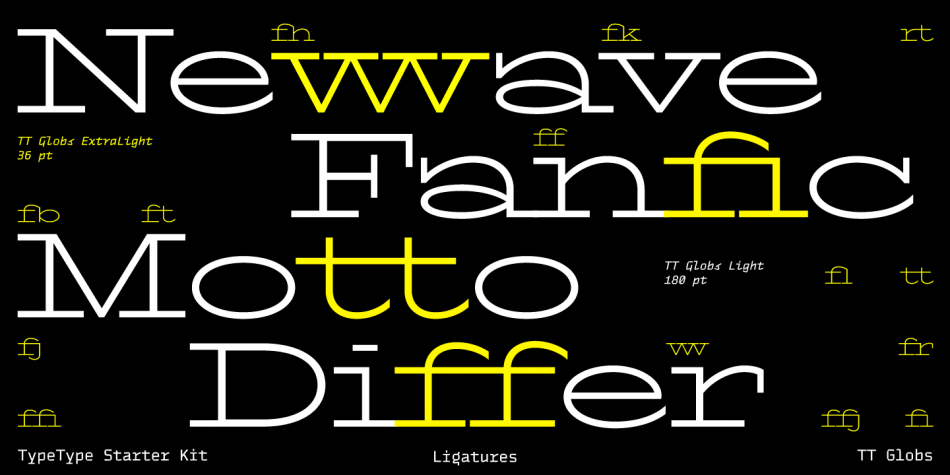 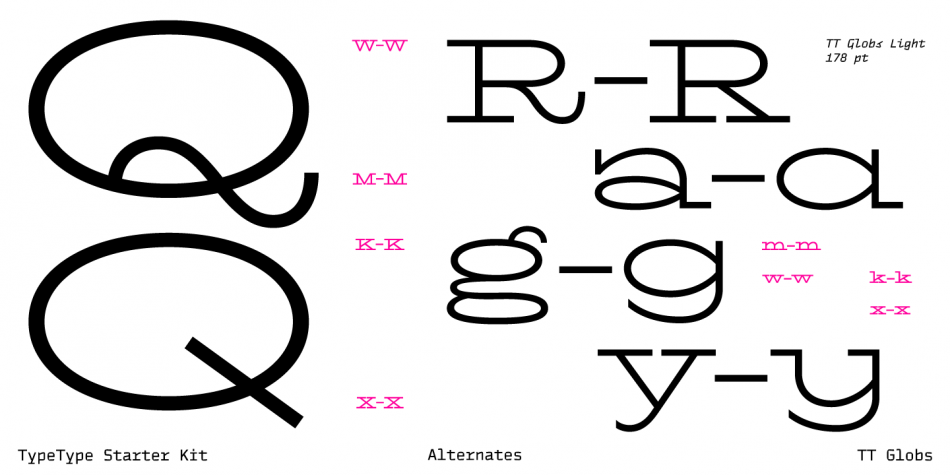 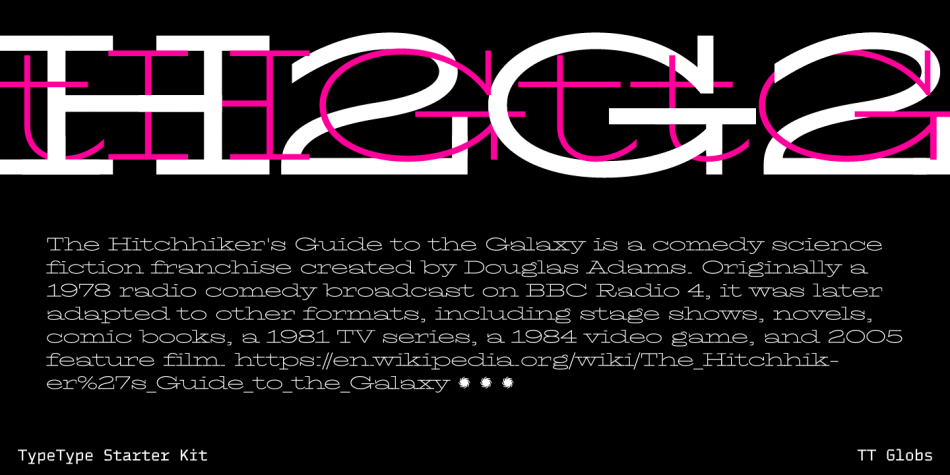 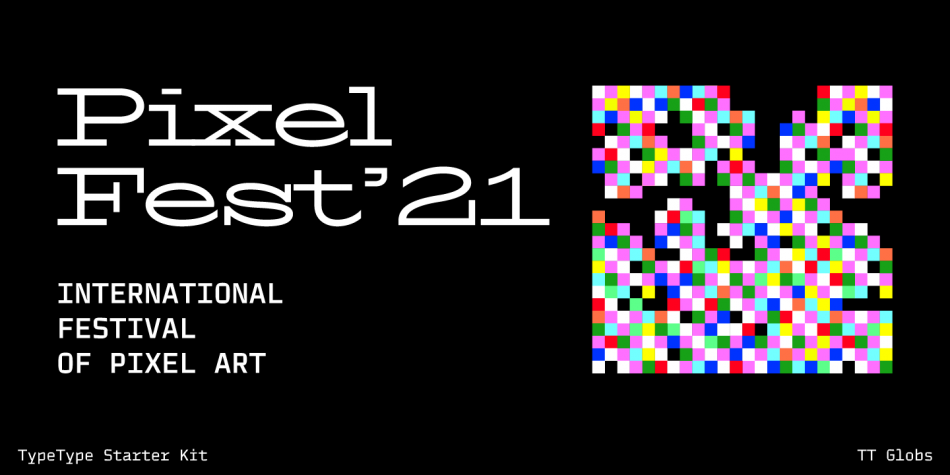 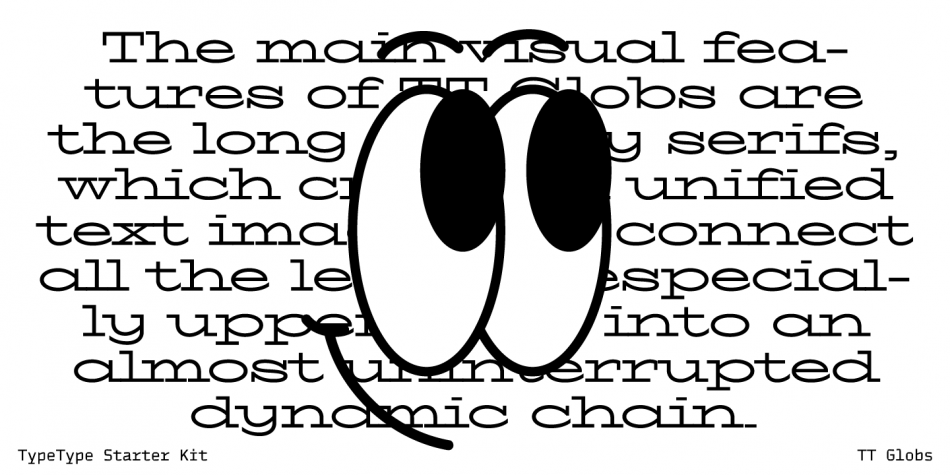 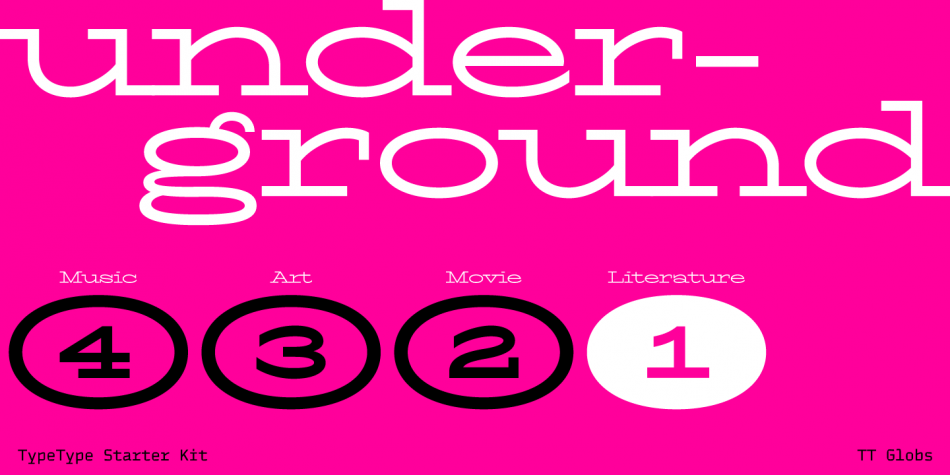 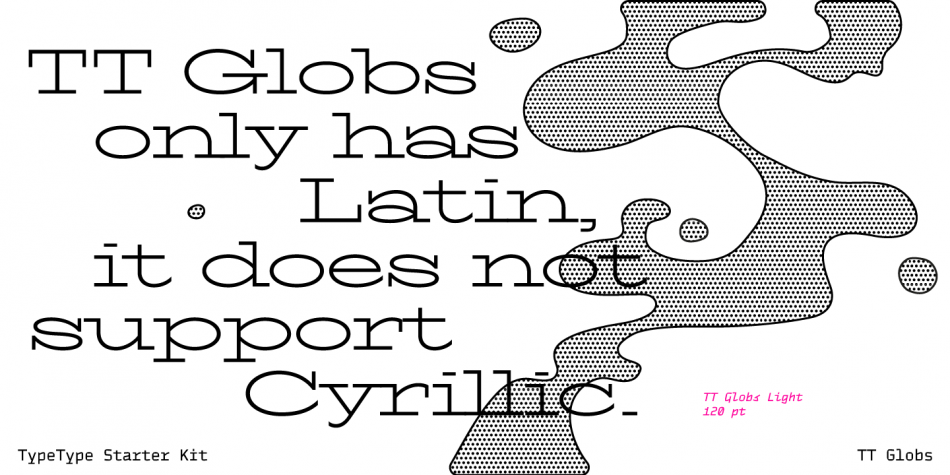 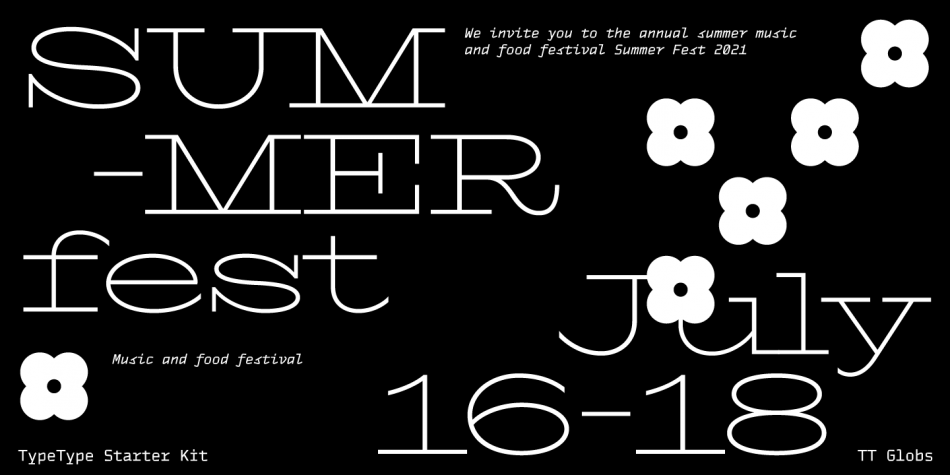 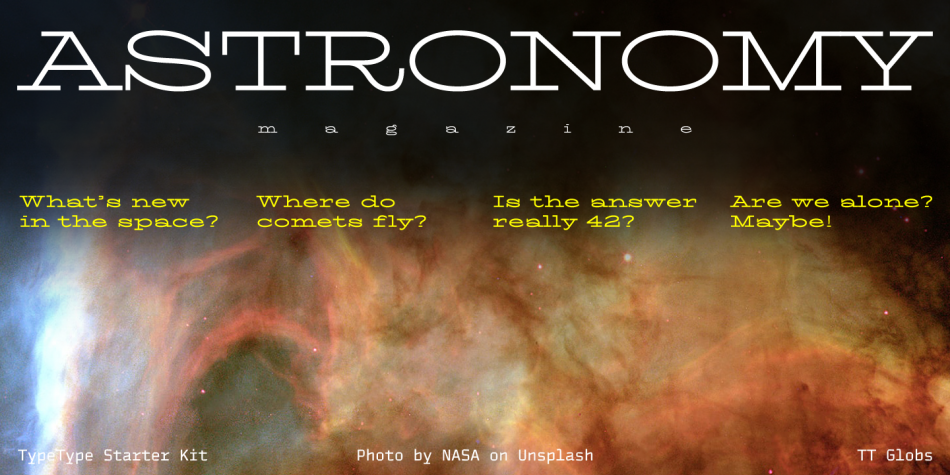 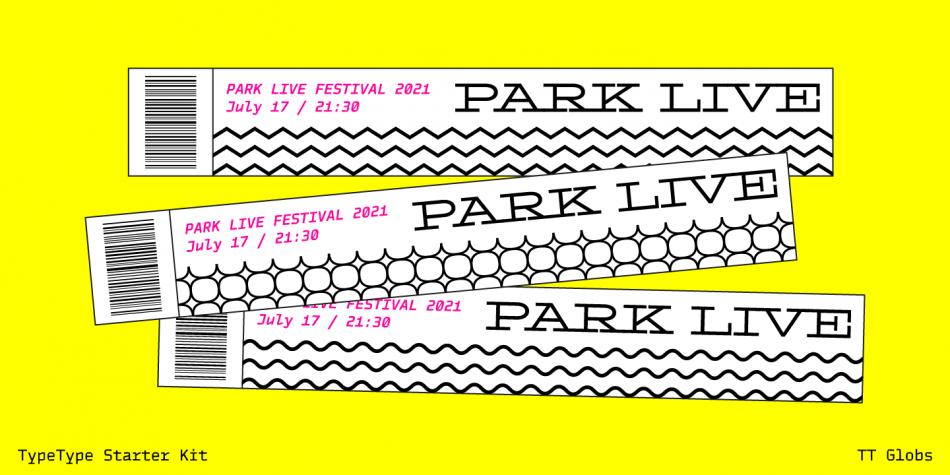 Designed by Antonina Zhulkova and TypeType Team, TT Globs is a display slab and slab serif font family. This typeface has four styles and was published by Typetype.

Attention! TT Globs does not support Cyrillic, the font only supports Latin.

About TT Globs: TT Globs is the first font from the TypeType Starter Kit line, which is aimed at providing designers with fashionable typefaces featuring the basic set of font instruments of the same quality and development level as in the main TypeType line.

The main differentiating feature of the line is the basic number of styles (only the most popular weights), absence of Cyrillic support, and a very thought-through character font composition without extra features and other superfluous elements. Thanks to such an approach, fonts from the TypeType Starter Kit line are democratically priced and are affordable for many designers.

We were inspired to develop TT Globs by the idea to unite historical slabs with contemporary perceptions about fonts, their uses, and display shapes of letters. Working on the typeface, we even wanted to make curves more mechanical and rather modular, which would be very much in contrast with the cozy lines from historical specimens.

The main visual features of TT Globs are the long display serifs, which create a unified text image and connect all the letters, especially uppercase, into an almost uninterrupted dynamic chain. Thanks to the long serifs and rather narrow spacing, the result of working with the text will always be a little different, and depending on the words you choose, you can even create particular images.

In addition, TT Globs stands out by its very wide letter proportions, tall lowercase characters, and long ascenders and descenders. To mix up the rigid font rhythm, we created asymmetric wave-like terminals and flowing elements in some letters. Specifically, the flowing shapes of the letters GSQRasgec can be mentioned in this regard—they attract attention and can even serve as an important element in a logotype.

The TT Globs font family consists of 3 weights (ExtraLight, Light, Regular) and one variable font. Each style has 625 glyphs and 26 OpenType features. An interesting feature of thetypeface is the stylistic alternates, for instance, Q and R with straight legs which make the font feel more serious. In addition, the font also has a set of alternative letters with sticking serifs, a set of beautiful ligatures, and several original icons and frames.