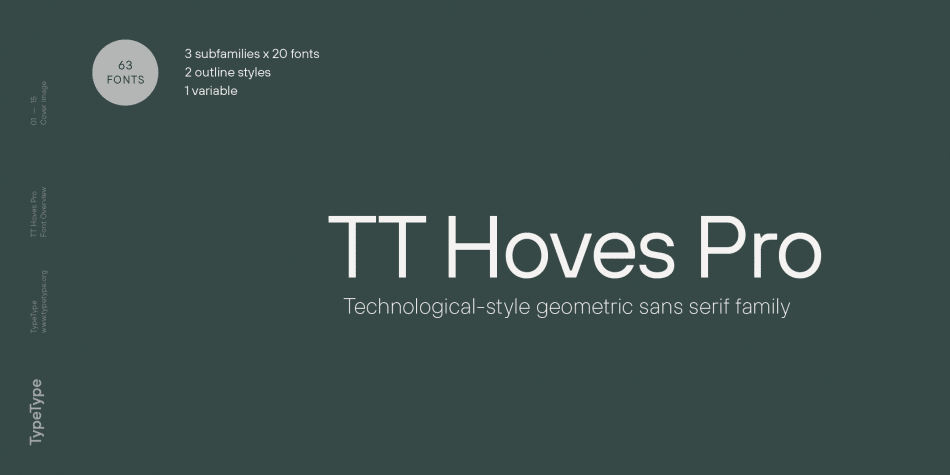 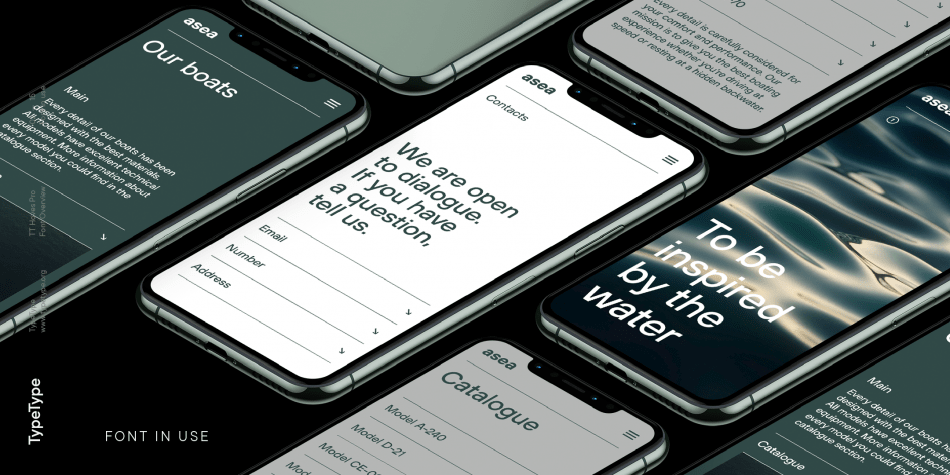 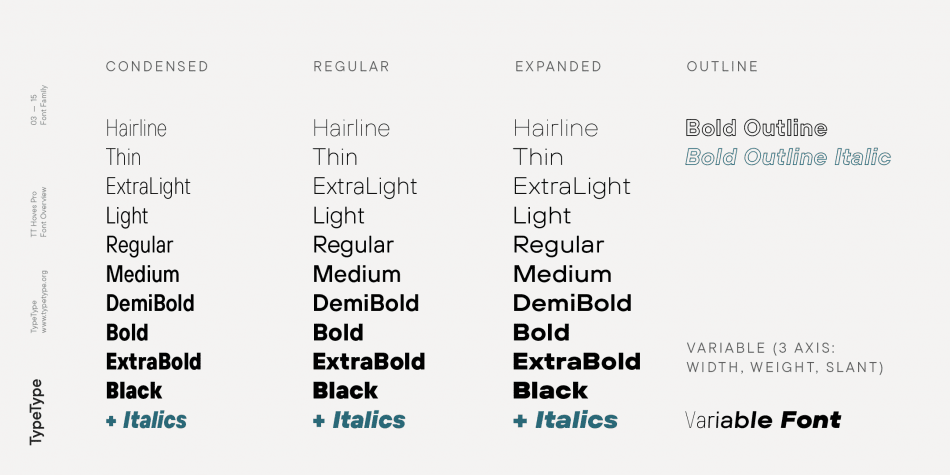 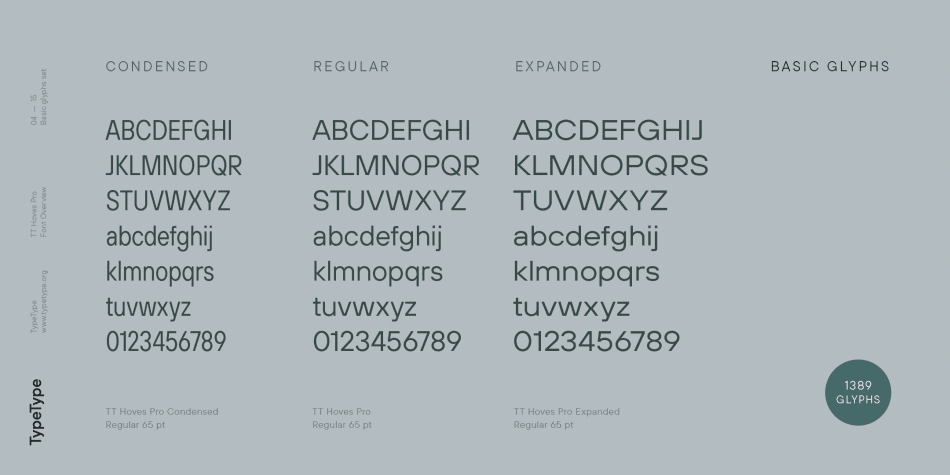 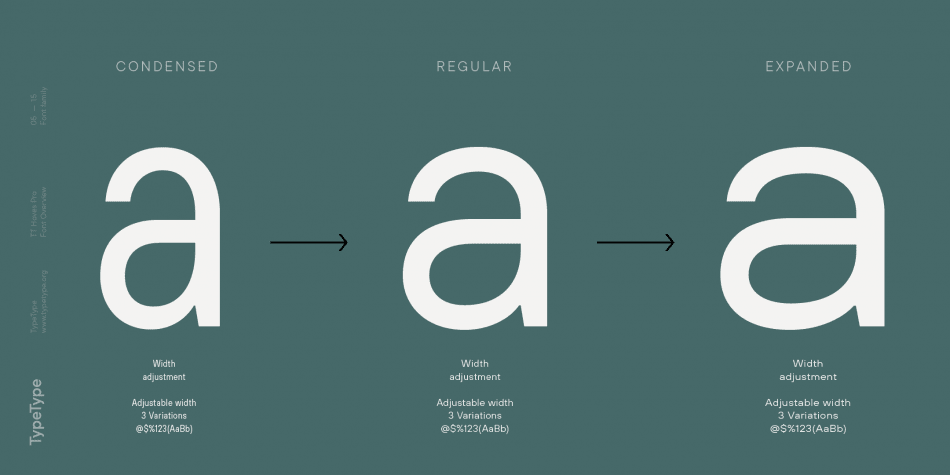 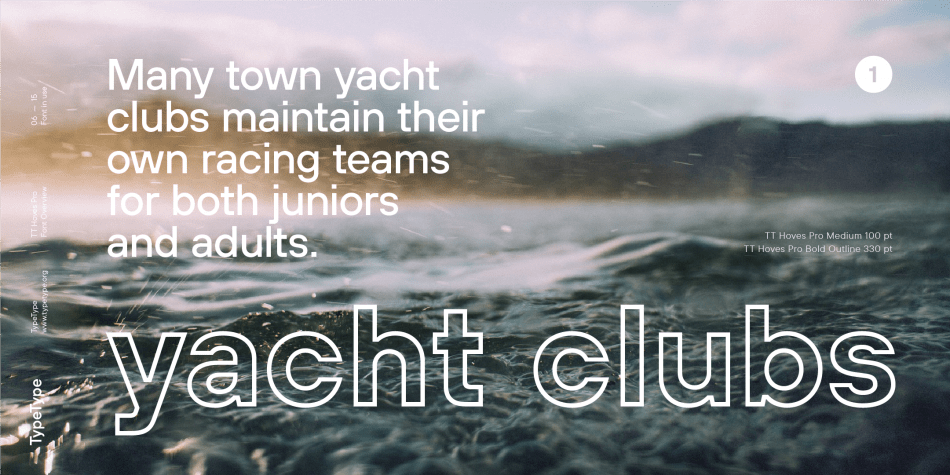 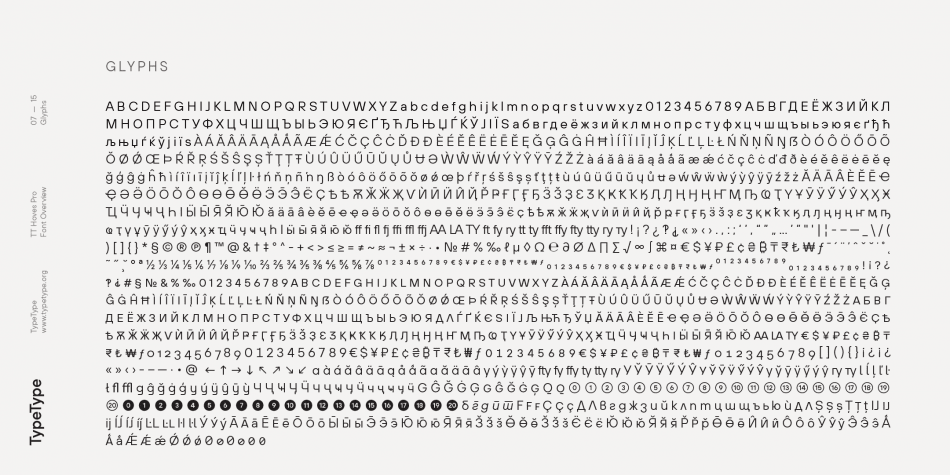 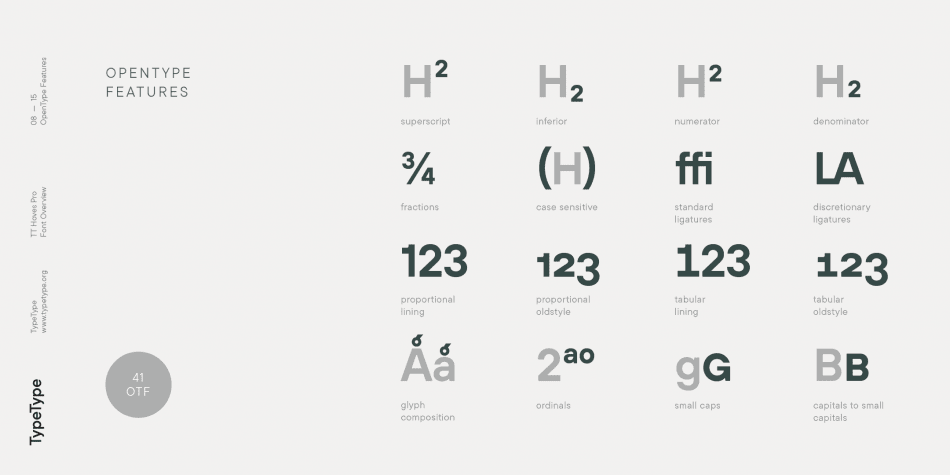 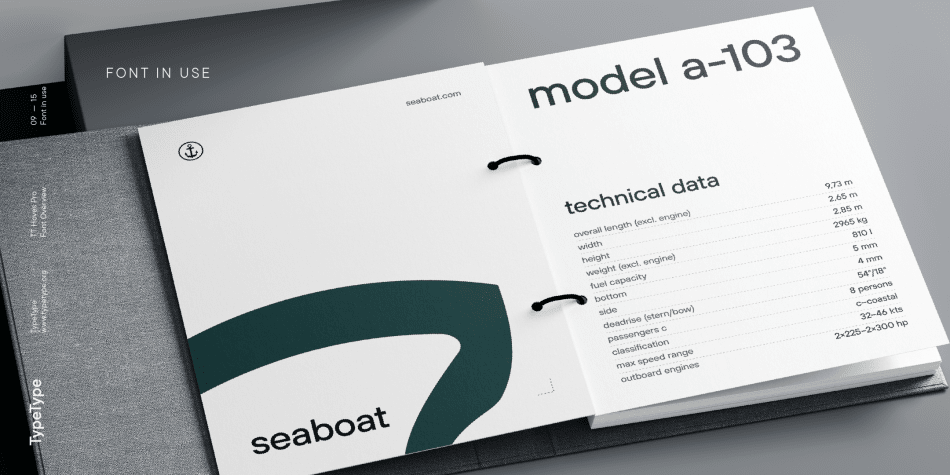 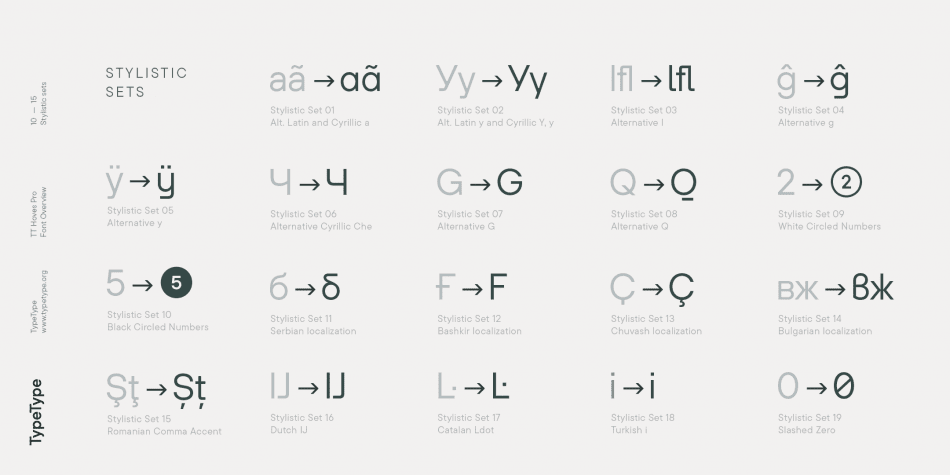 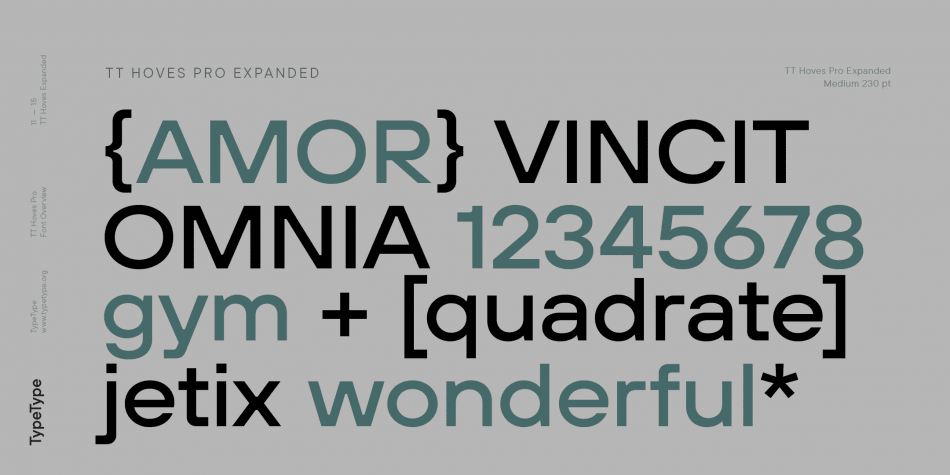 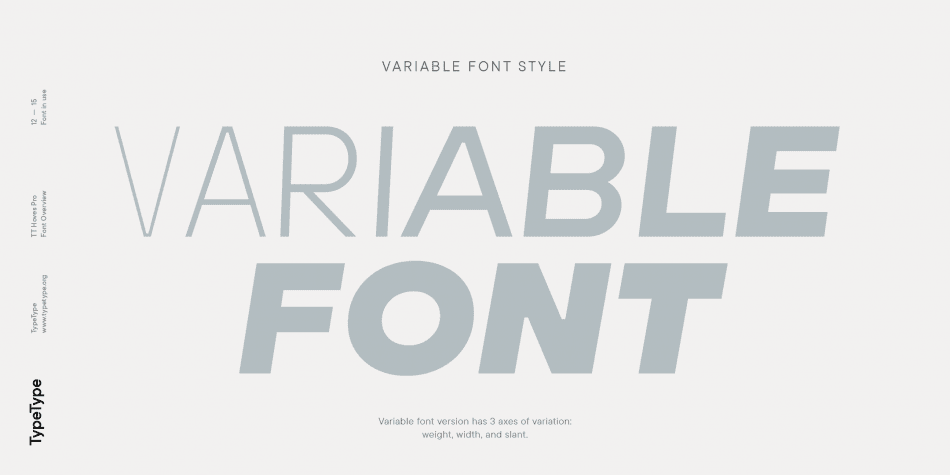 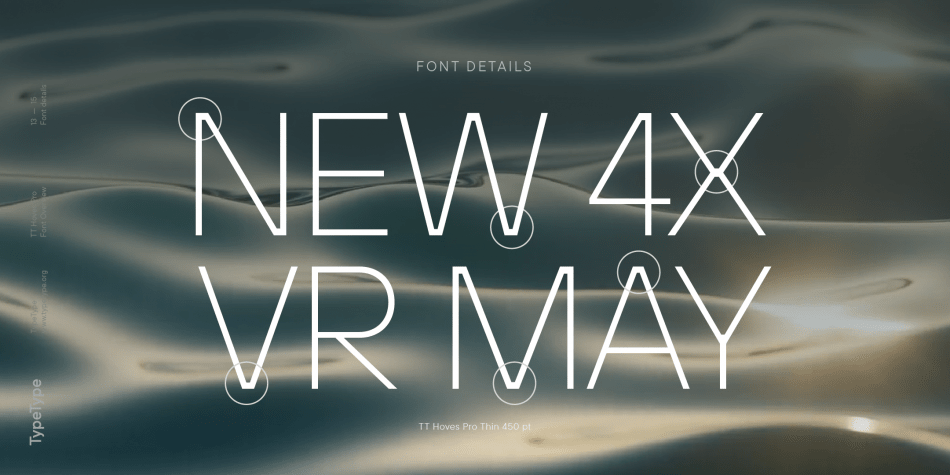 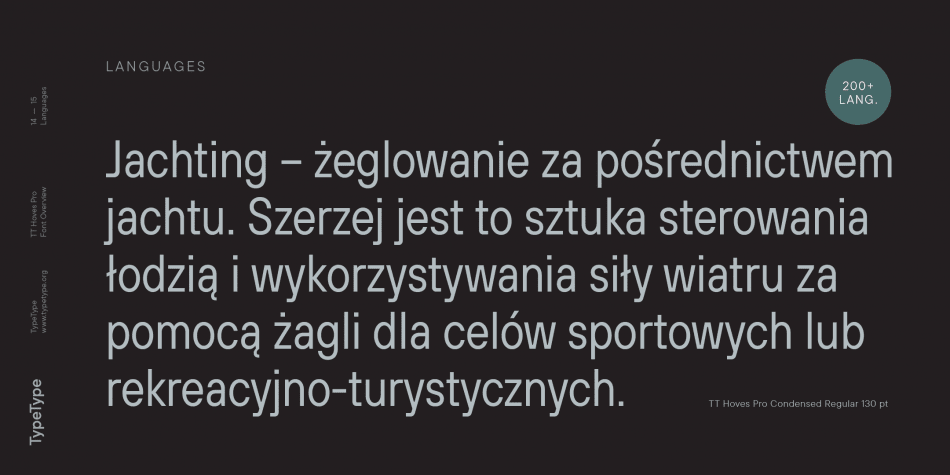 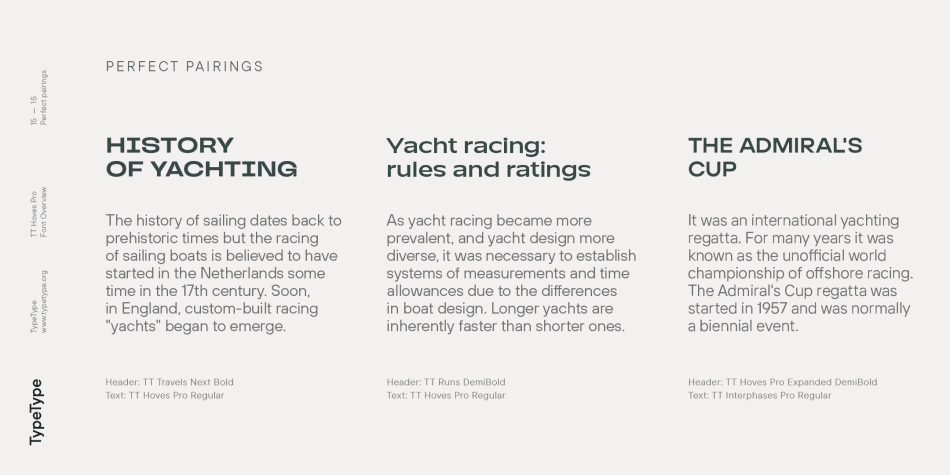 Designed by Ivan Gladkikh, TypeType Team and Pavel Emelyanov, TT Hoves Pro is a sans serif font family. This typeface has sixty-three styles and was published by Typetype. 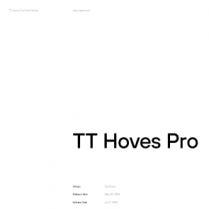 TT Hoves is a font family that belongs to the same trilogy as TT Norms® and TT Commons. These two have already received the Pro suffix and have been released in updated versions, and it’s time for the release of the improved TT Hoves Pro!
In TT Hoves Pro, we have fully preserved the nature and visual features, of the font, focusing on its technical content. The new version of the popular sans-serif is more functional and more convenient: we increased the character set, improved the look of terminals and ascenders and descenders, redrawn italics and, of course, added a new variable font.
TT Hoves Pro is still a versatile sans-serif with a recognizable pattern and geometry. There is no pronounced contrast in the font, all terminals are located on the same level. The triangular characters have wide horizontal strokes, creating the characteristic TT Hoves Pro look.
We have significantly expanded the composition of the font family. With the addition of Condensed and Expanded versions, which are narrower and wider than the classic version, there are additional options for designers. Of course, new styles have been added to the variable font, which can now be changed along three axes: weight, width, and slant.
With TT Hoves Pro, the font’s application scope has expanded significantly, and the updated family can be used everywhere: in web design, in applications and on websites, in print.
TT Hoves Pro consists of 63 styles: 30 uprights, 30 italics, one variable and two outline fonts. Each style contains 1389 glyphs. The font contains 41 OpenType features, a large number of ligatures and stylistic alternatives.