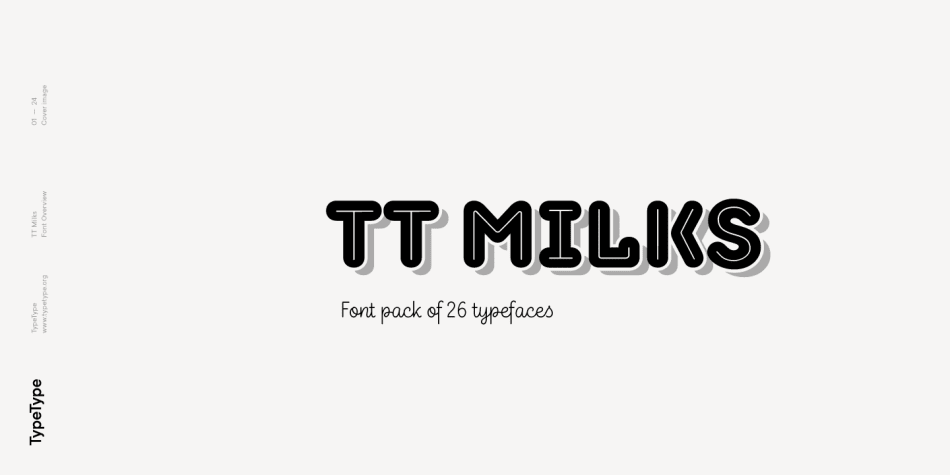 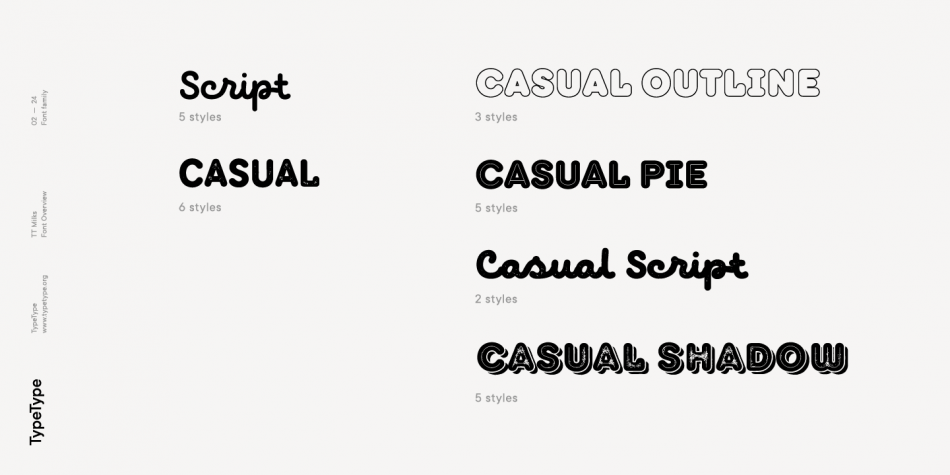 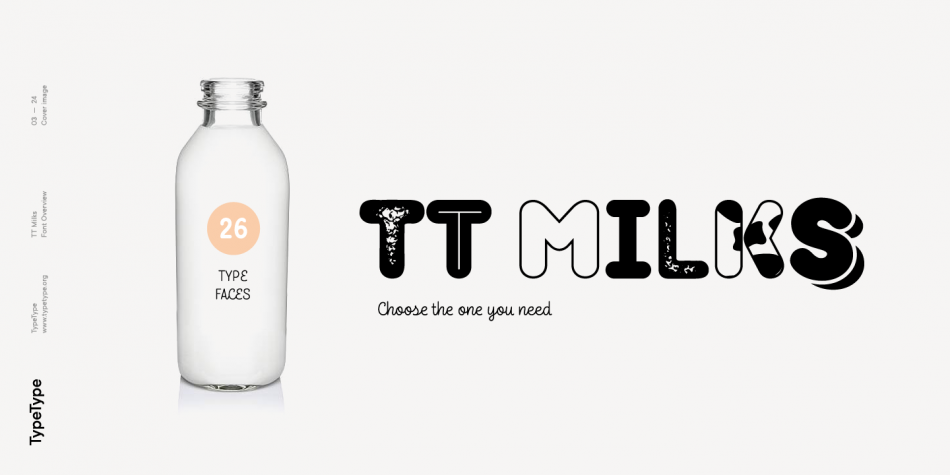 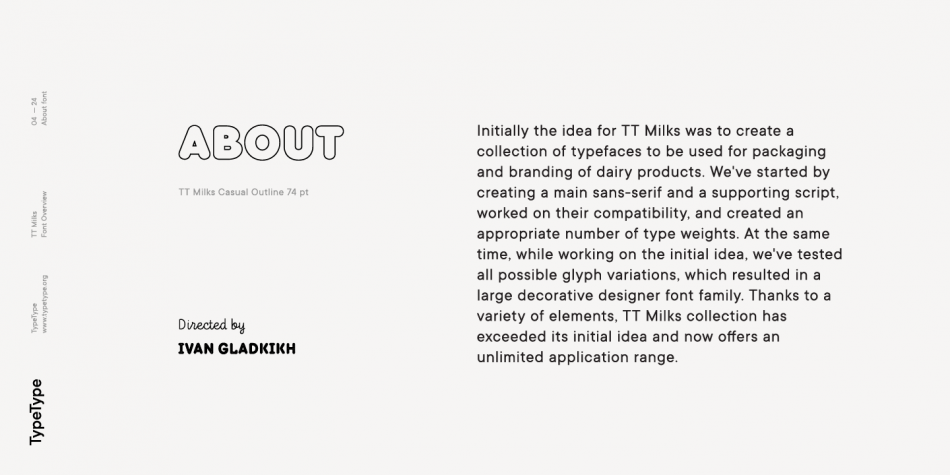 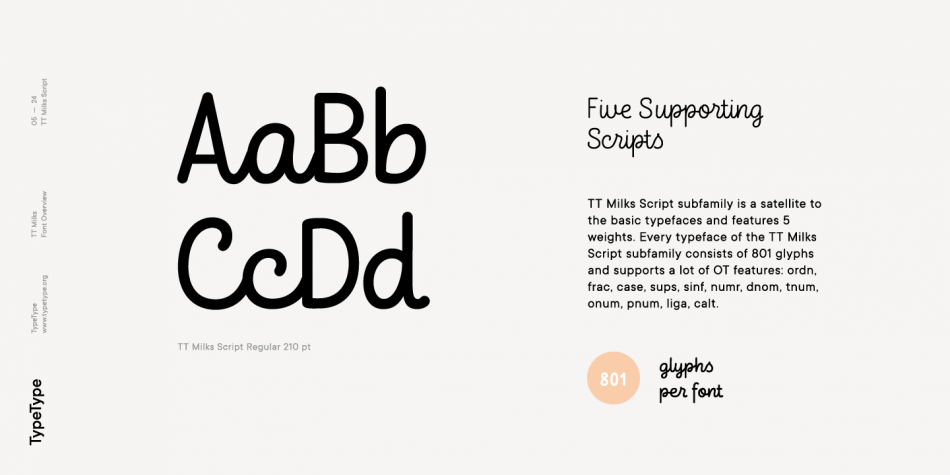 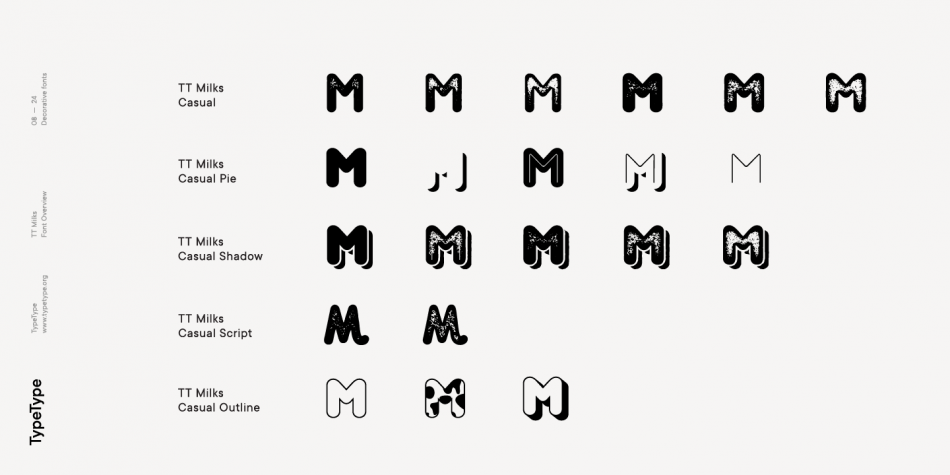 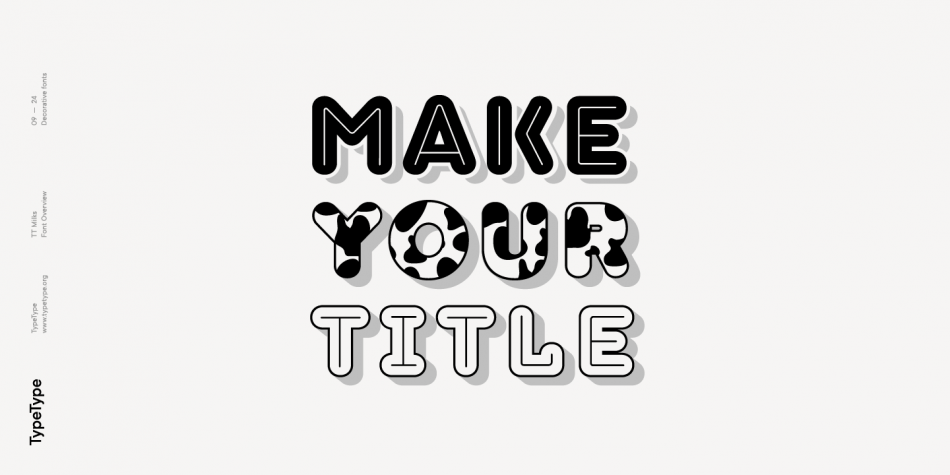 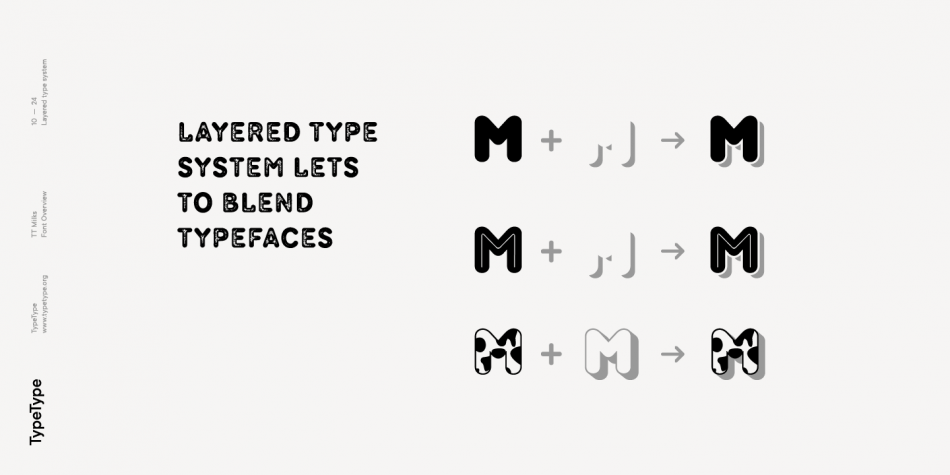 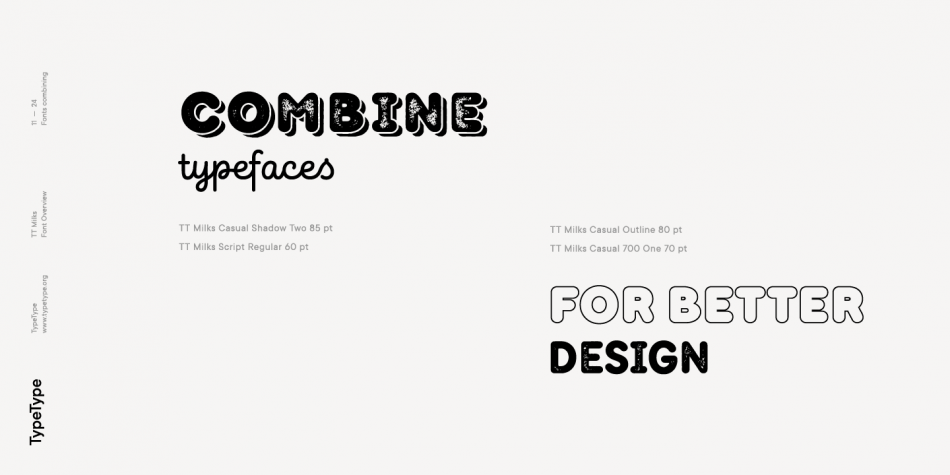 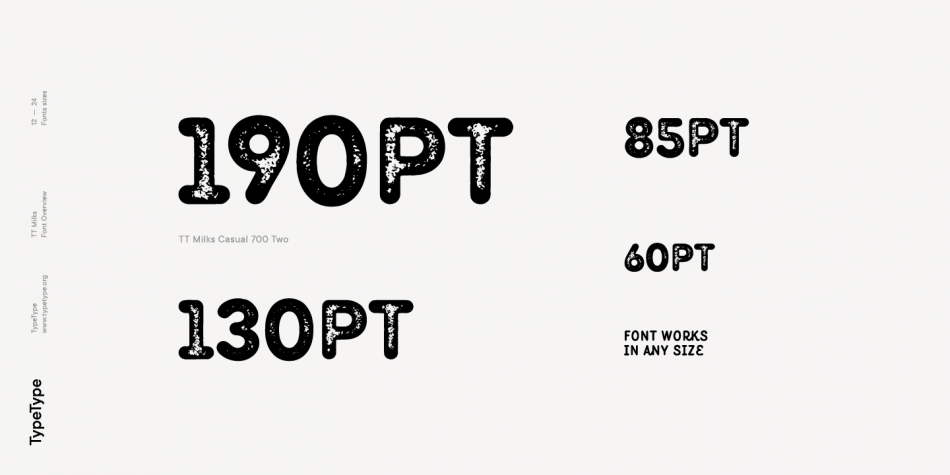 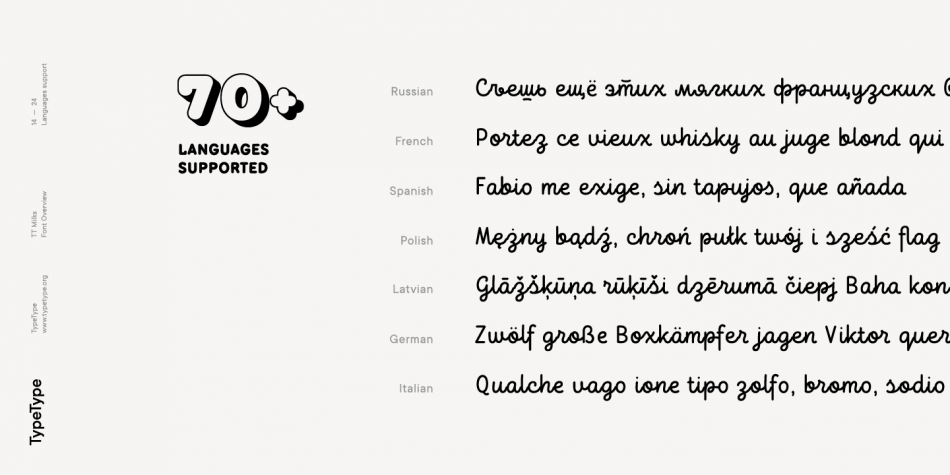 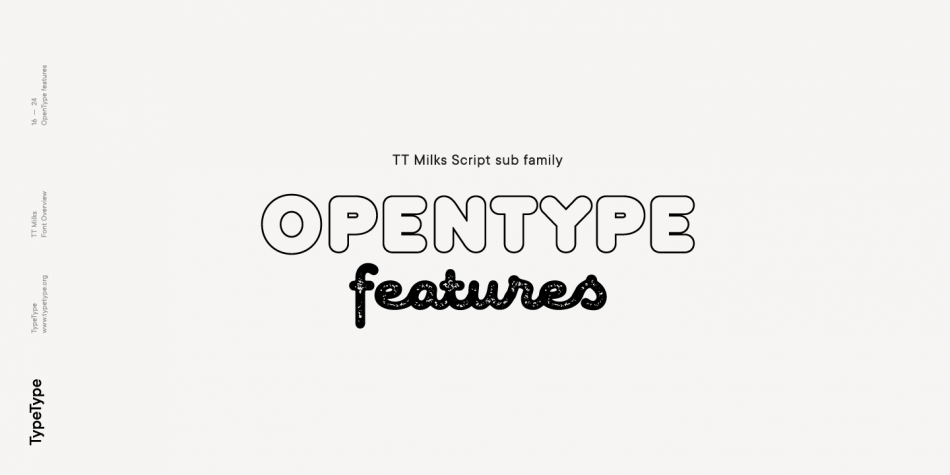 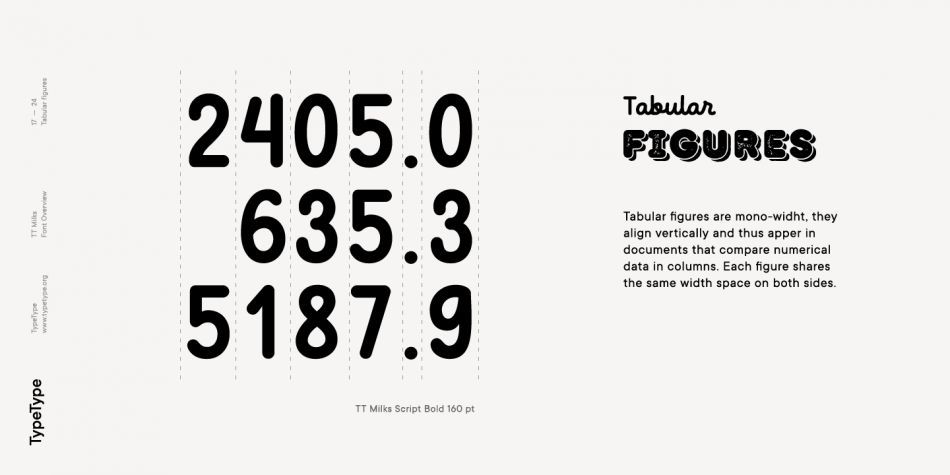 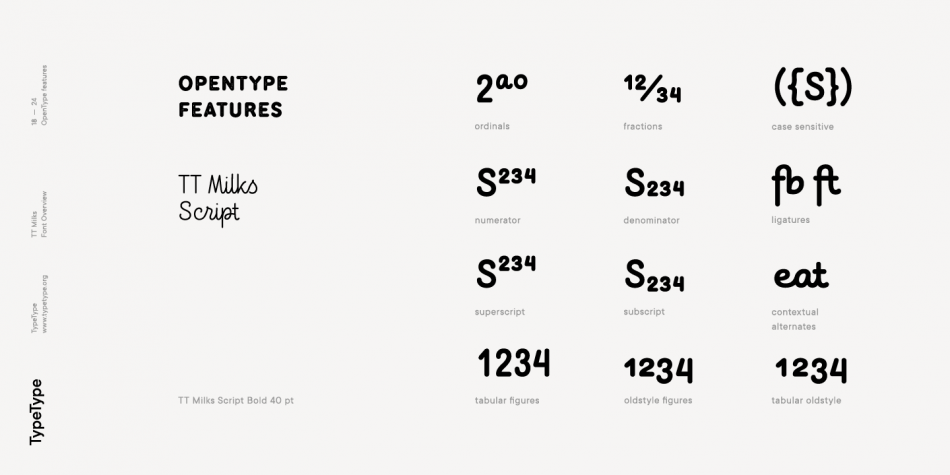 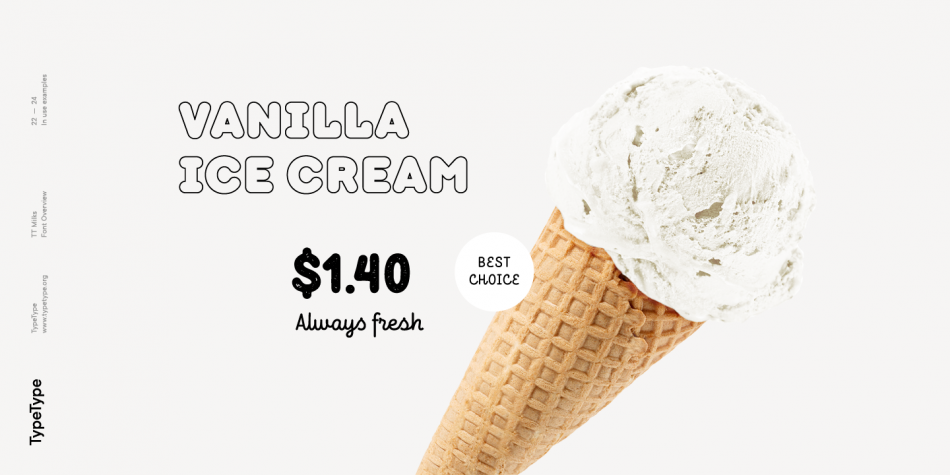 Designed by Ivan Gladkikh, TT Milks is a display sans, grunge and script font family. This typeface has twenty-seven styles and was published by Typetype. 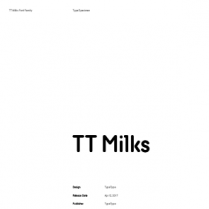 About TT Milks: The collection of scripts and wonderful decorative typefaces. Initially the idea for TT Milks was to create a collection of fonts to be used for packaging and branding of dairy products. While working on the initial idea, we’ve tested all possible glyph variations, which resulted in a large decorative designer font family. Thanks to a variety of elements, TT Milks collection has exceeded its initial idea and now offers an unlimited application range.