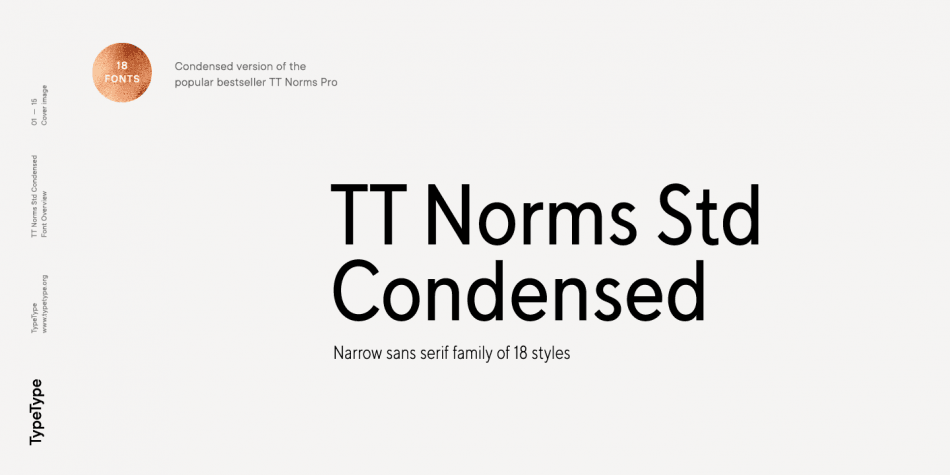 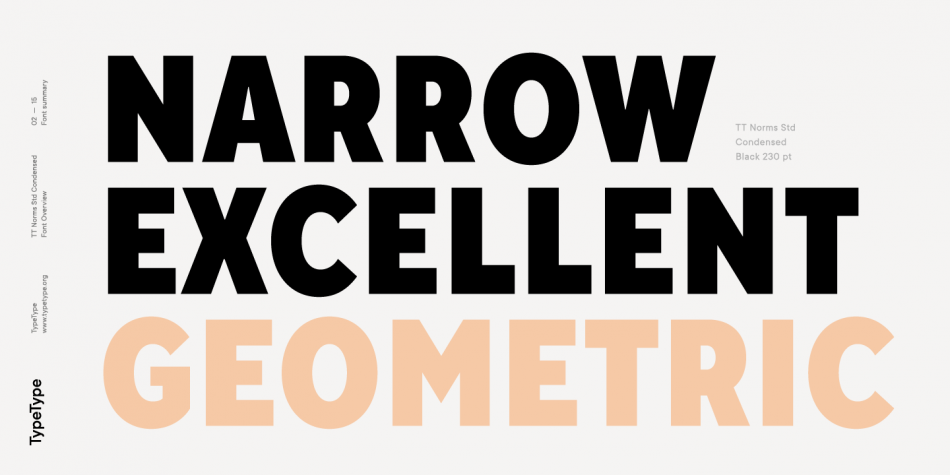 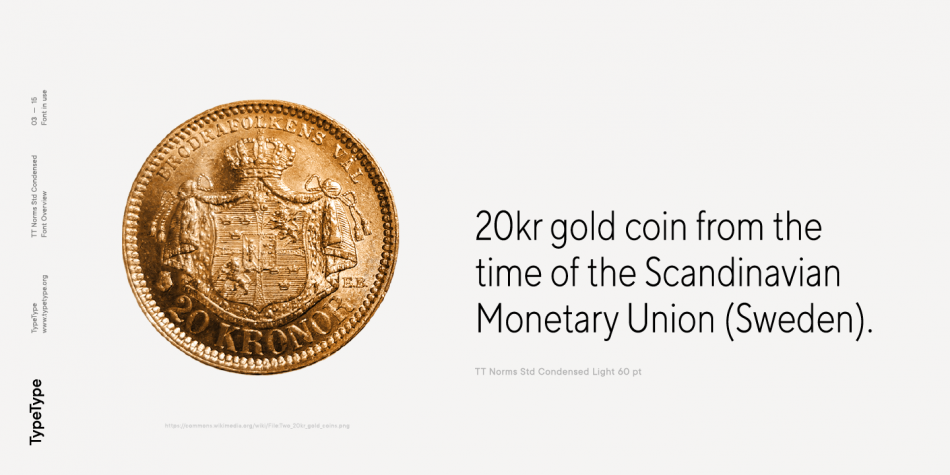 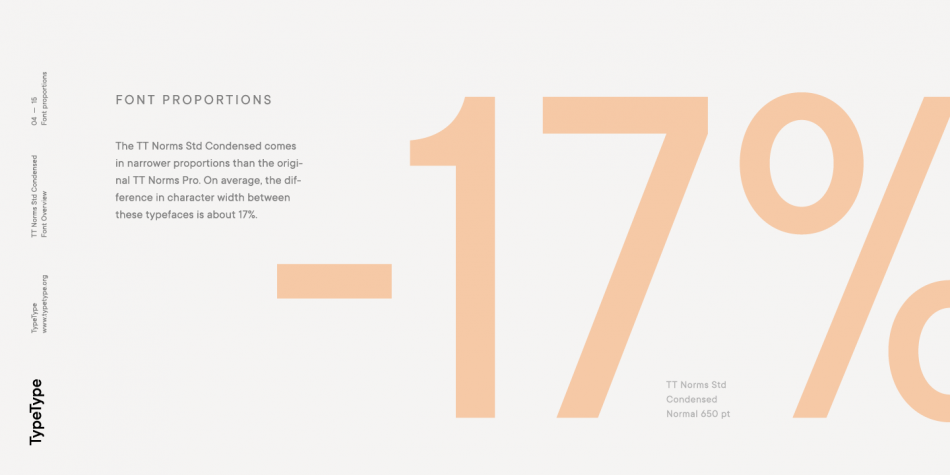 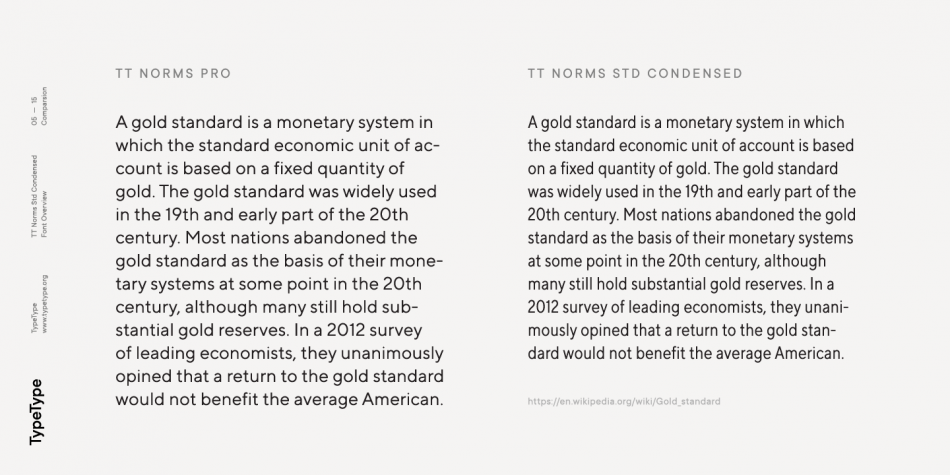 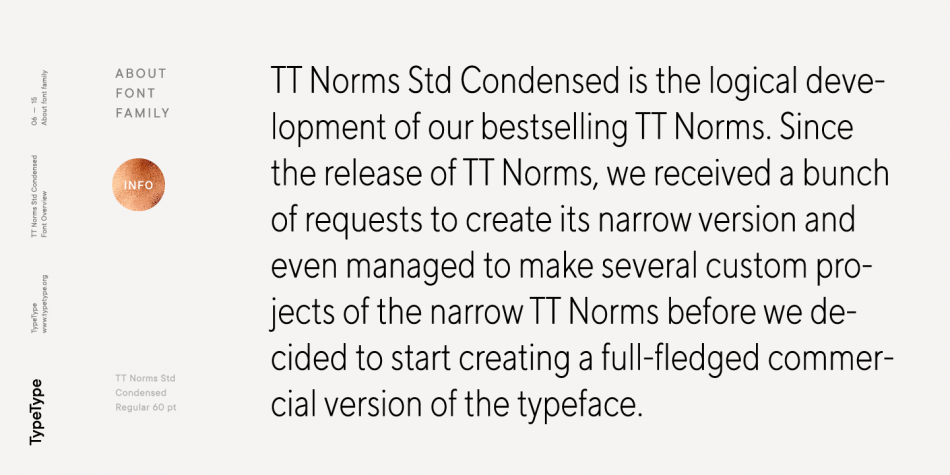 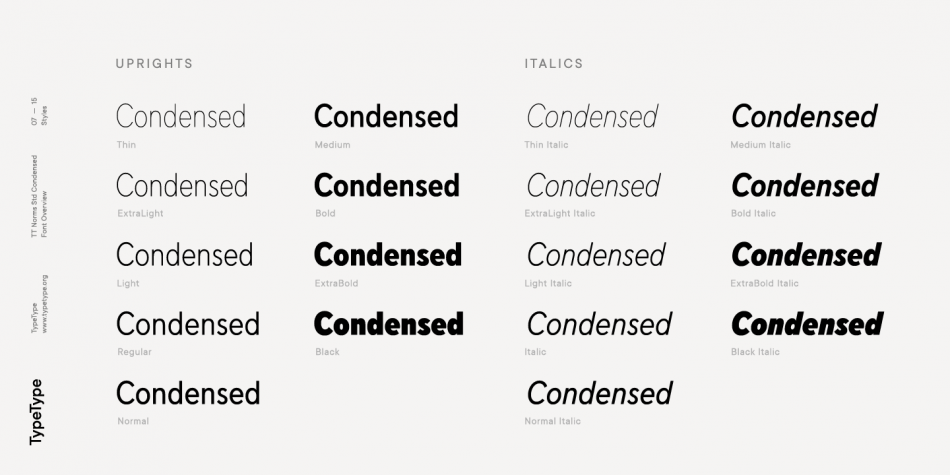 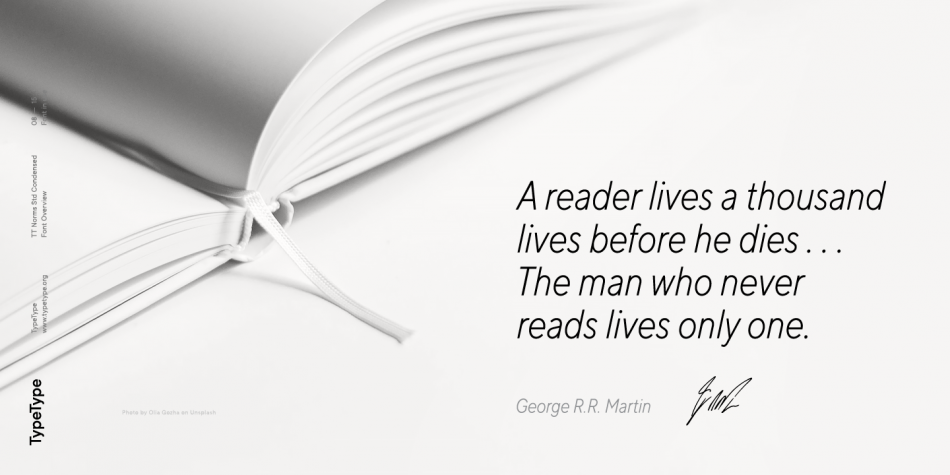 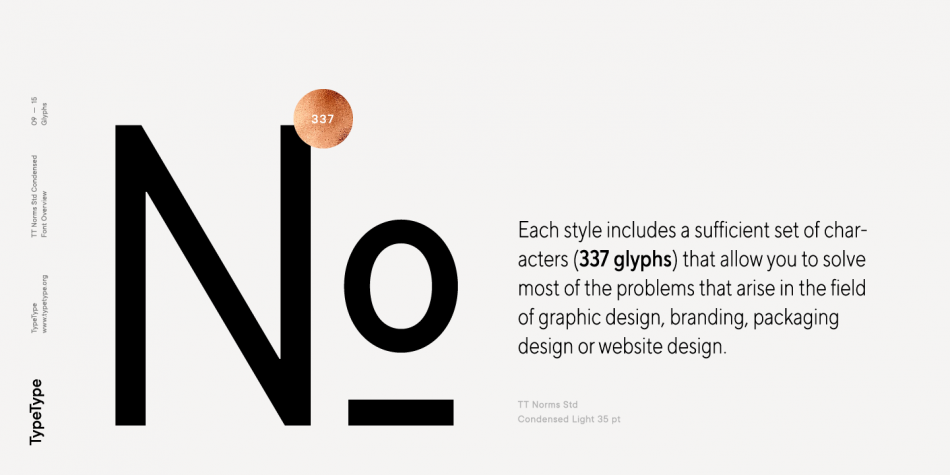 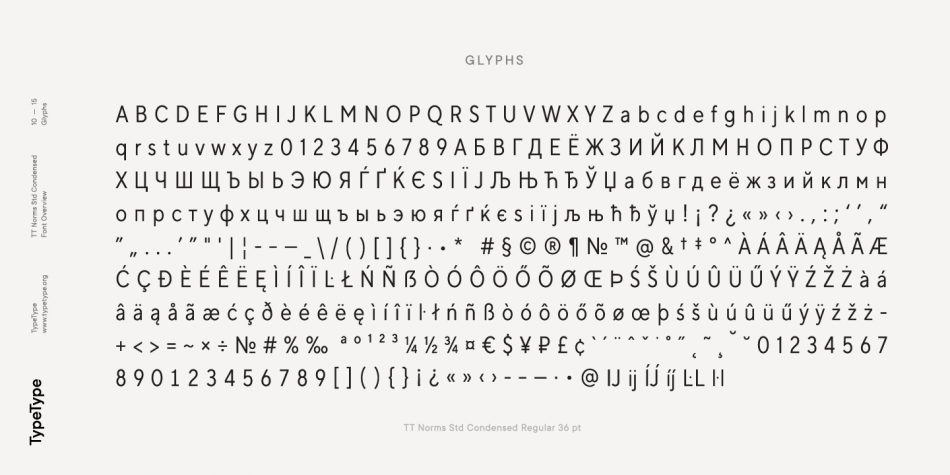 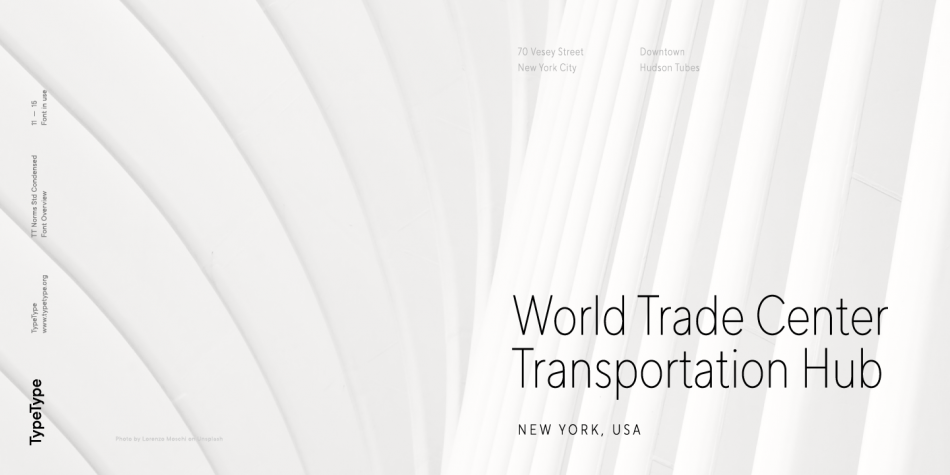 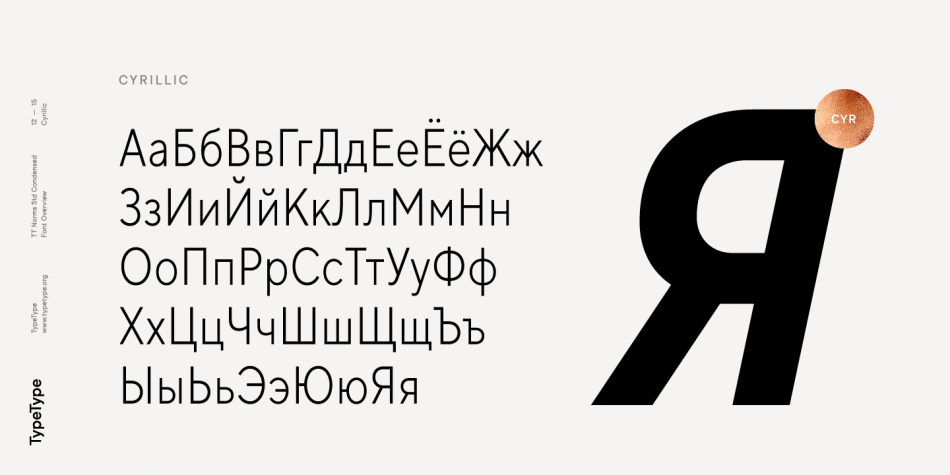 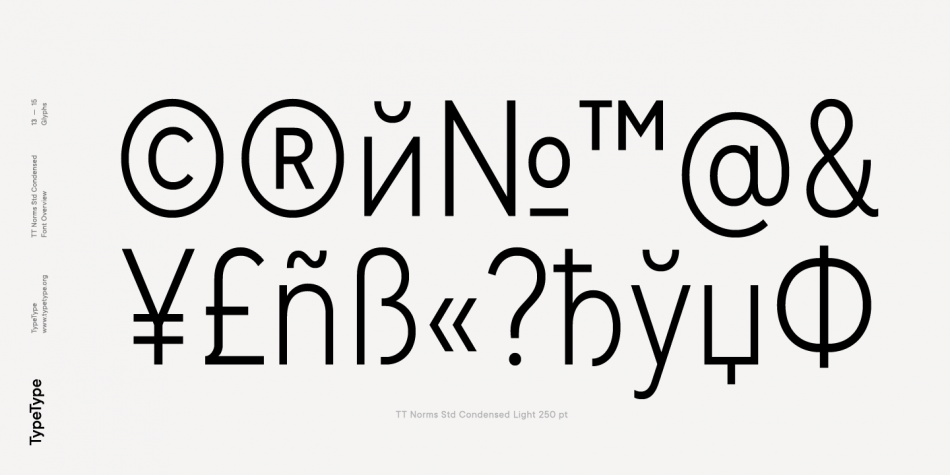 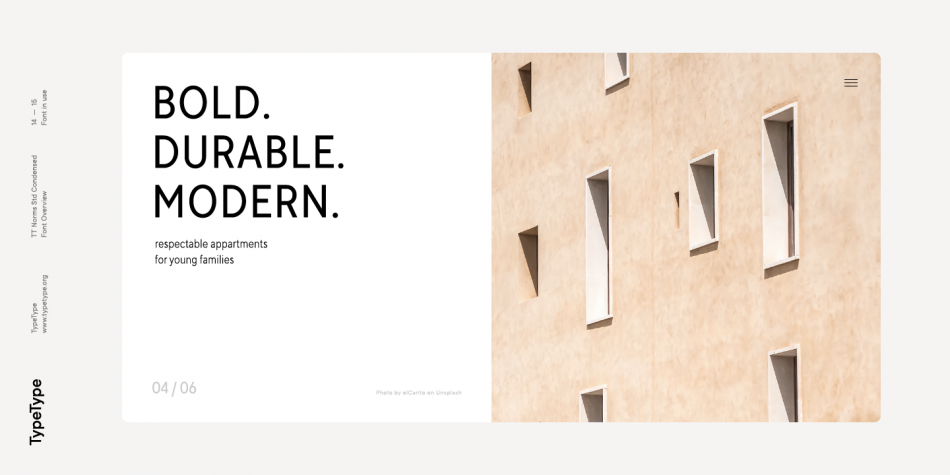 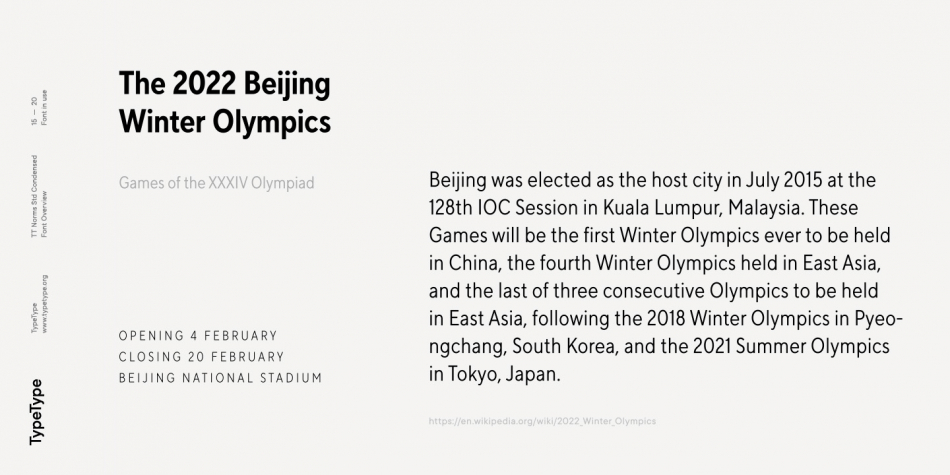 Designed by TypeType Team, Pavel Emelyanov and Yulia Gonina, TT Norms Std Condensed is a sans serif font family. This typeface has eighteen styles and was published by Typetype. 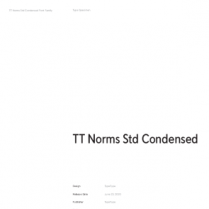 TT Norms Std Condensed is the logical development of our bestselling TT Norms. Since the release of TT Norms, we received a bunch of requests to create its narrow version and even managed to make several custom projects of the narrow TT Norms before we decided to start creating a full-fledged commercial version of the typeface.

At the very beginning of the project, we did some research and tested several options for the possible width of the typeface. Despite the fact that TT Norms Std Condensed has narrower proportions than the original family, it inherited the classic proportions of characters, attention to detail and meticulous elaboration of each character in the typeface.

The TT Norms Std Condensed font family consists of 18 faces (9 upright and 9 italics). Each style includes a sufficient set of characters that allow you to solve most of the problems that arise in the field of graphic design, branding, packaging design or website design.