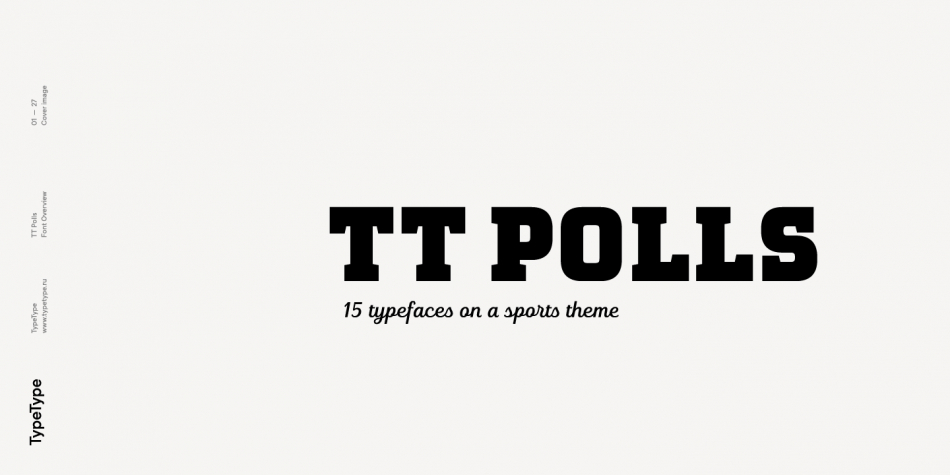 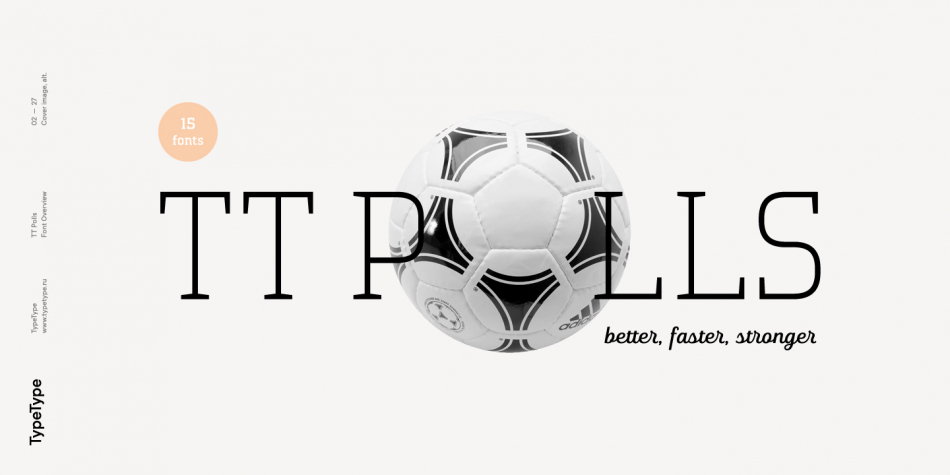 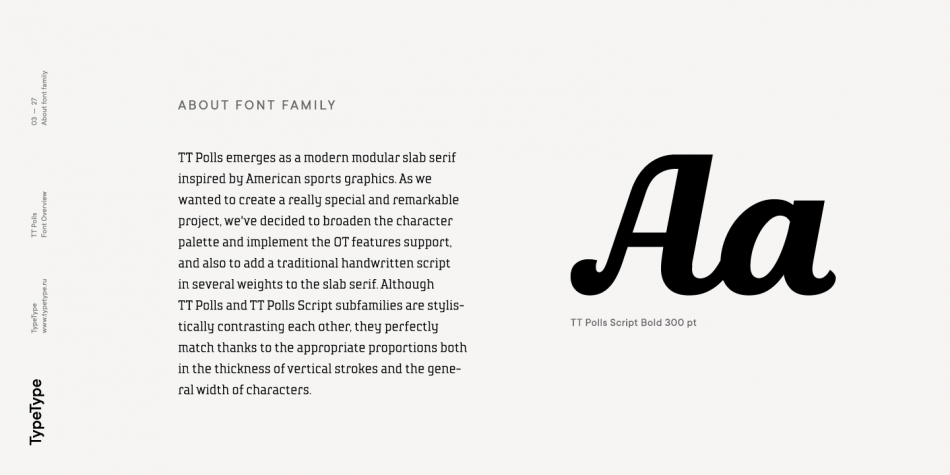 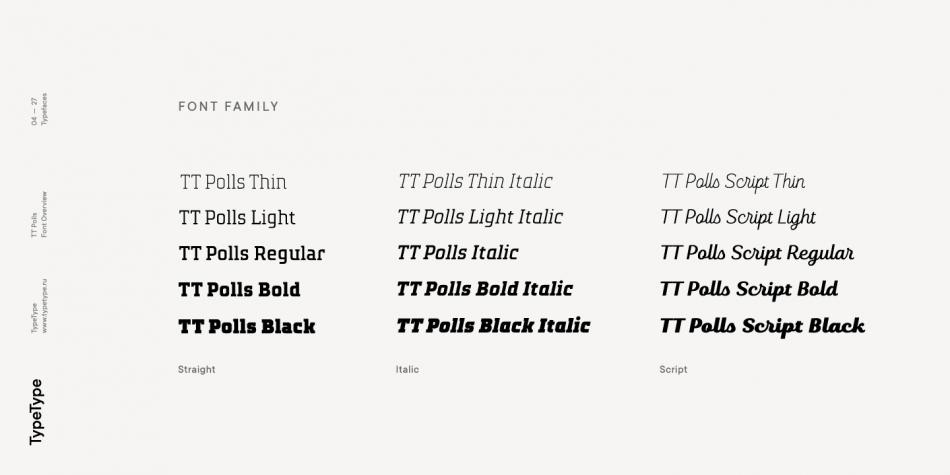 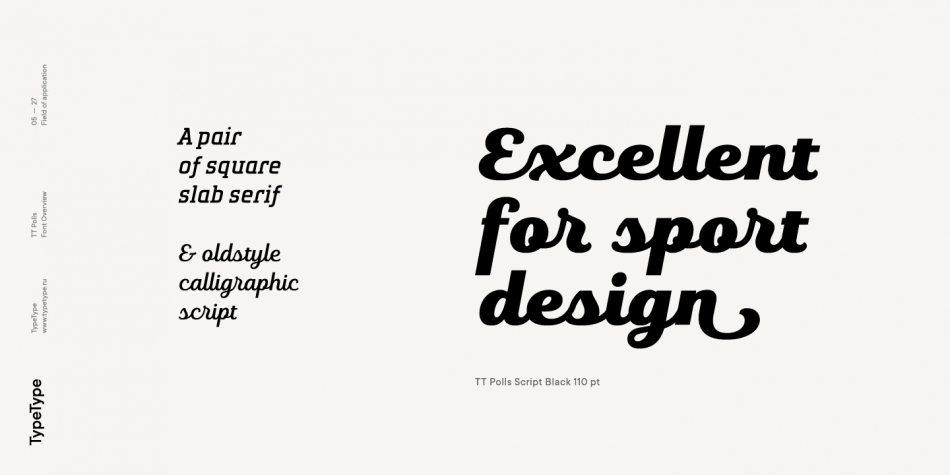 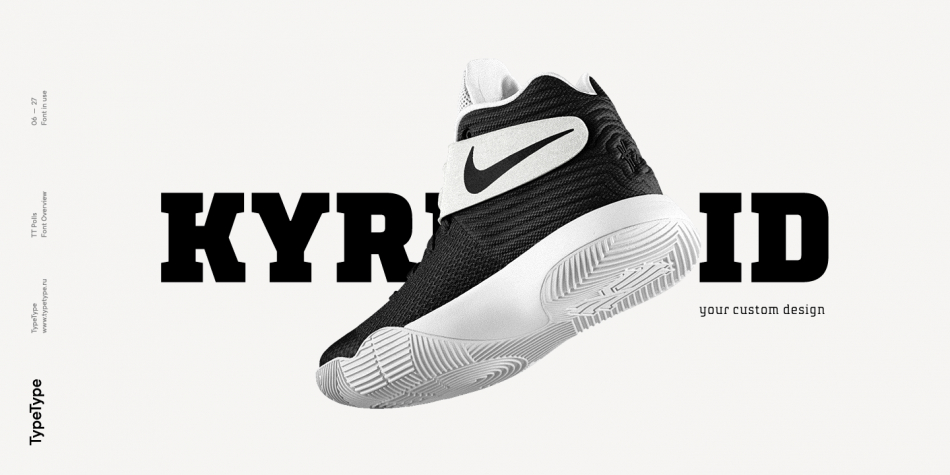 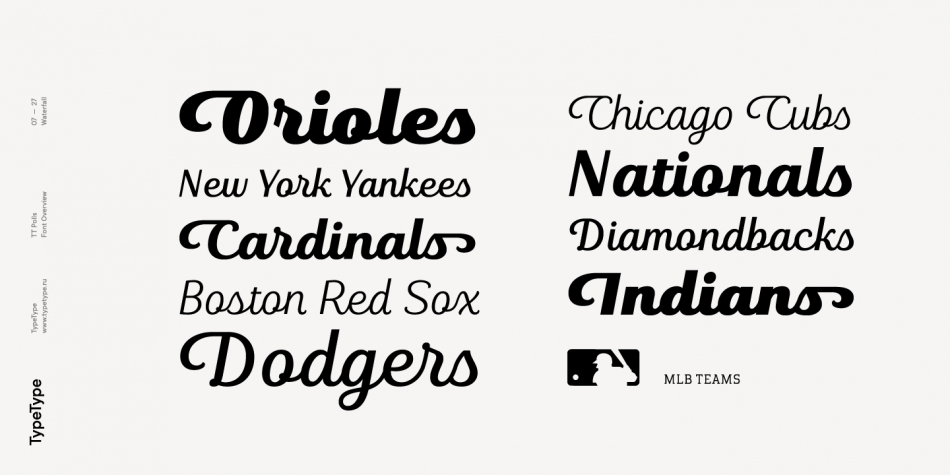 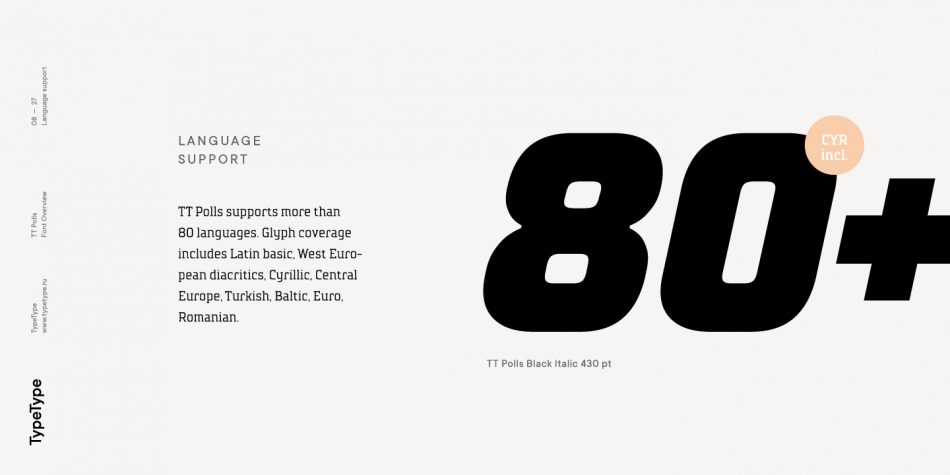 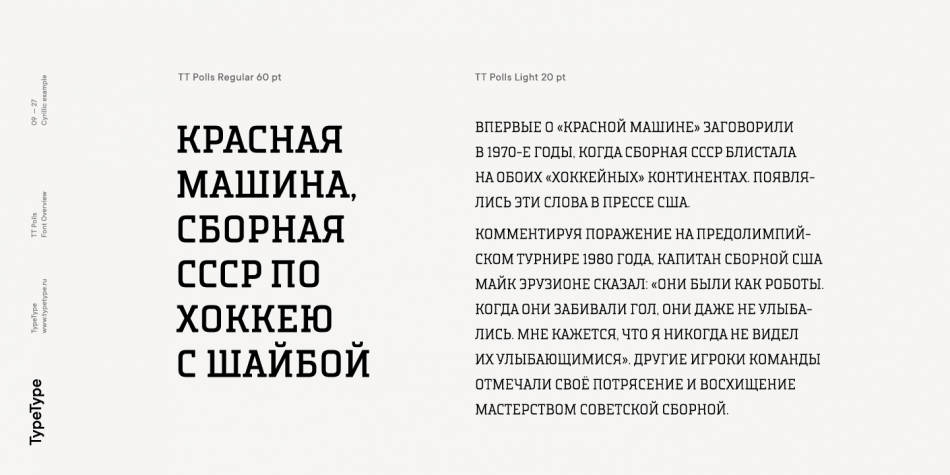 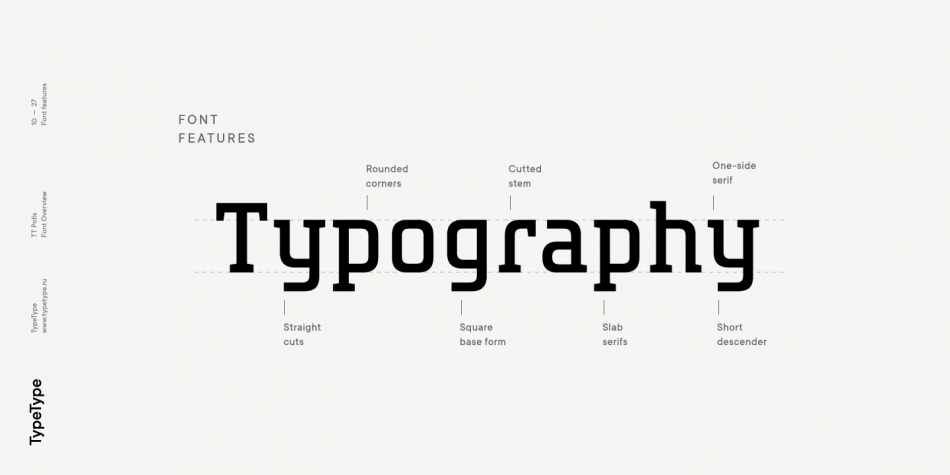 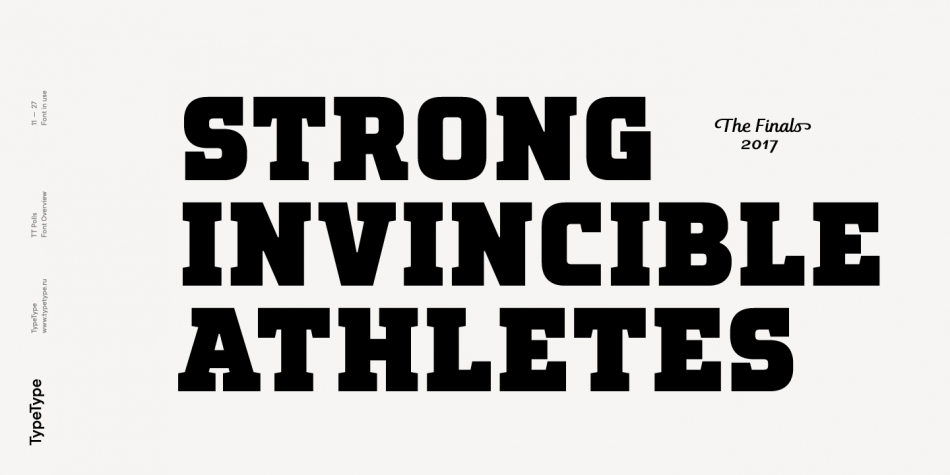 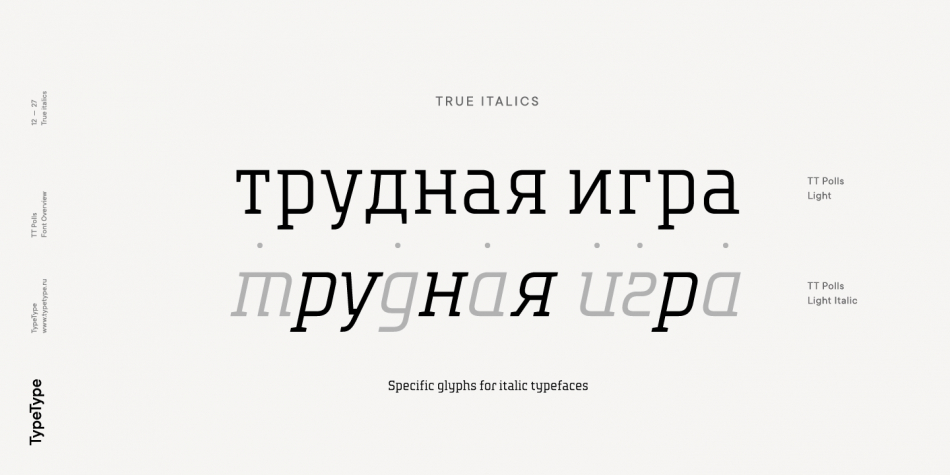 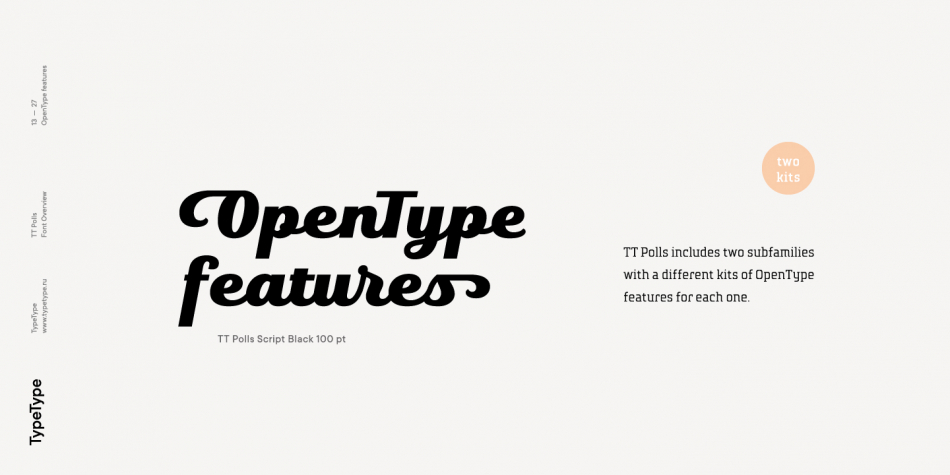 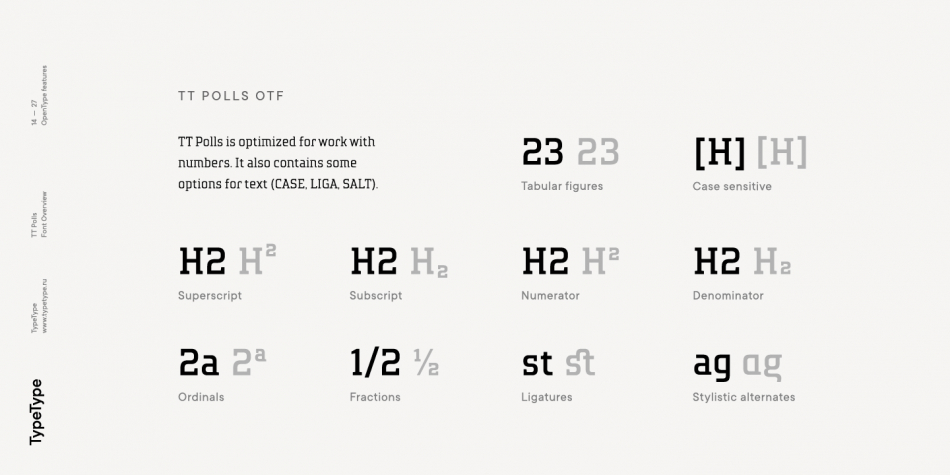 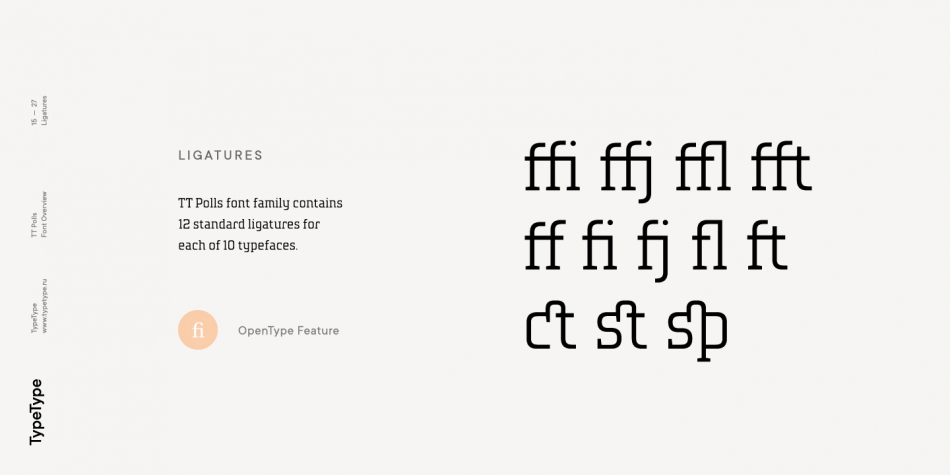 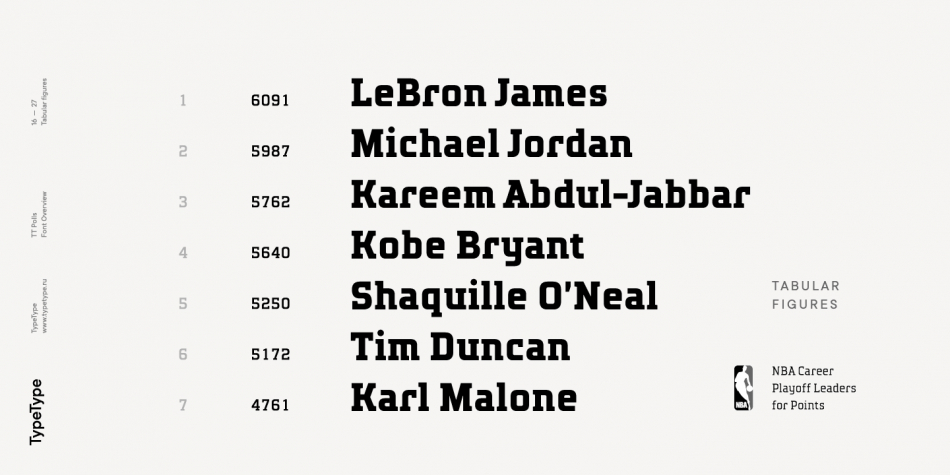 TT Polls is a brush script and display slab font family. This typeface has fifteen styles and was published by Typetype.

A fifteen font family. This contains every font in the TT Polls Family. 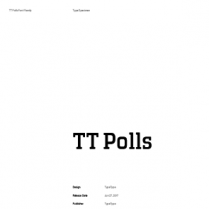 TT Polls emerges as a modern modular slab serif inspired by American sports graphics. As we wanted to create a really special and remarkable project, we’ve decided to broaden the character palette and implement the OT features support, and also to add a traditional handwritten script in several weights to the slab serif. Although TT Polls and TT Polls Script subfamilies are stylistically contrasting each other, they perfectly match thanks to the appropriate proportions both in the thickness of vertical strokes and the general width of characters.

TT Polls subfamily consists of 5 weights and 5 italics. In it, we’ve implemented a ligatures set and broad support of OpenType features: calt, salt, liga, dlig, case, frac, sinf, sups, dnom, numr, tnum. Thanks to stylistic alternates it is possible to significantly change the nature of the font, making it more technological. TT Polls Script subfamily is a handwritten script in 5 weights. Geometric swashes created for all characters of basic Latin and Cyrillic alphabets contribute to its authenticity. A lot of OpenType features (swsh, liga, calt, case, frac, ordn, sinf, sups, dnom, numr, tnum, onum, pnum) are also integrated into the TT Polls Script. Although we’ve been considering the use of TT Polls in sports-related design — be that inscriptions on baseball players’ shirts or numbers on a race car’s side — while creating the font family, we have to admit that the final version of TT Polls is also a great fit to a more casual design and application spheres.