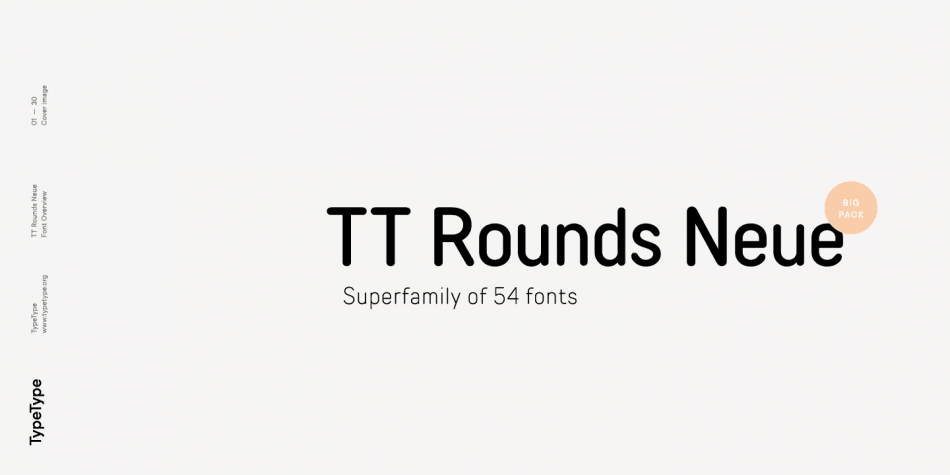 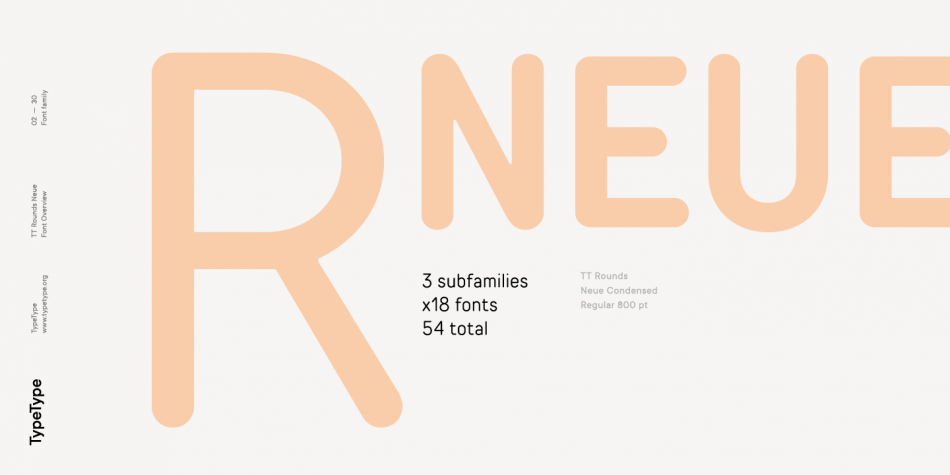 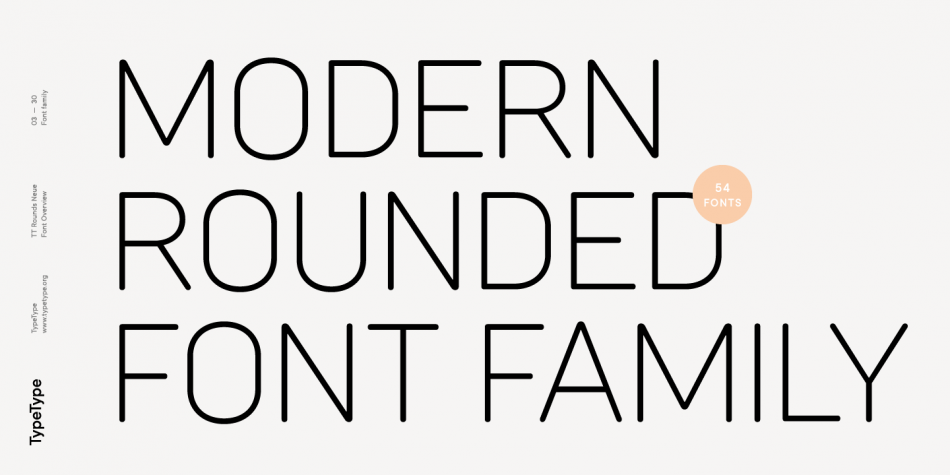 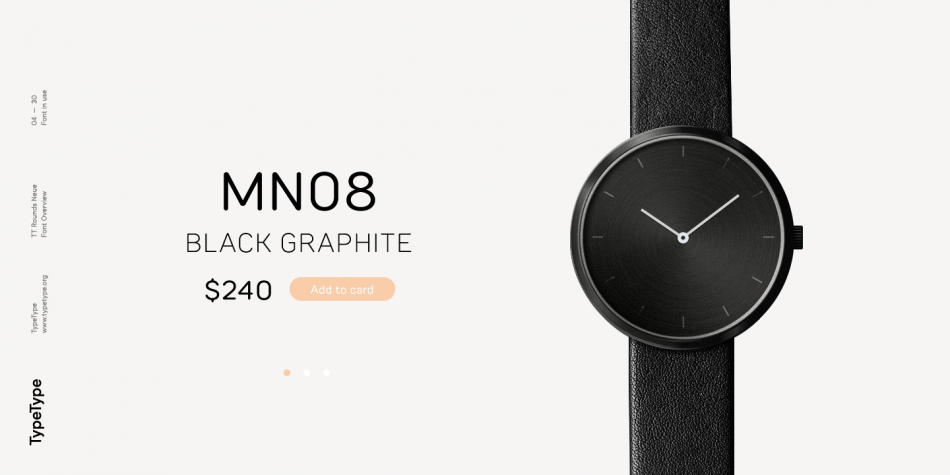 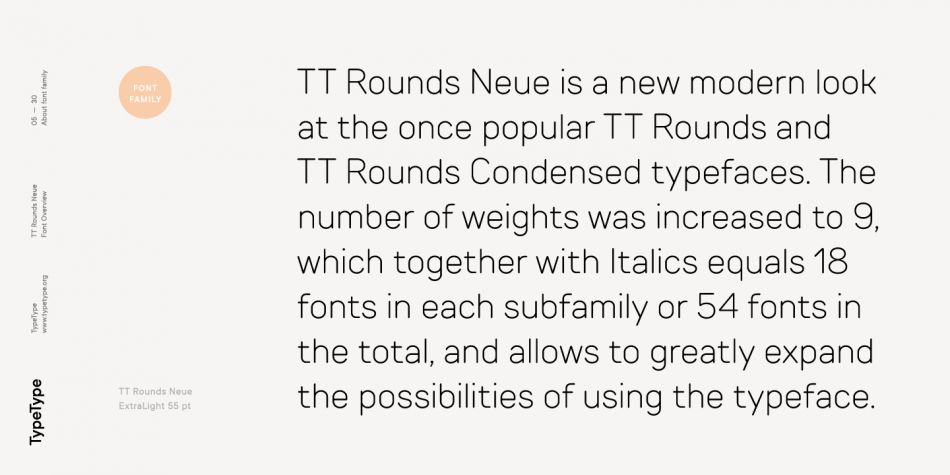 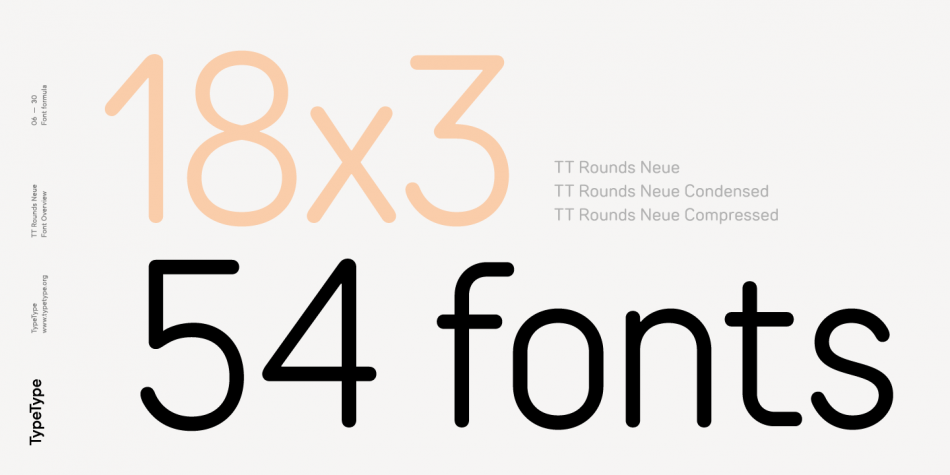 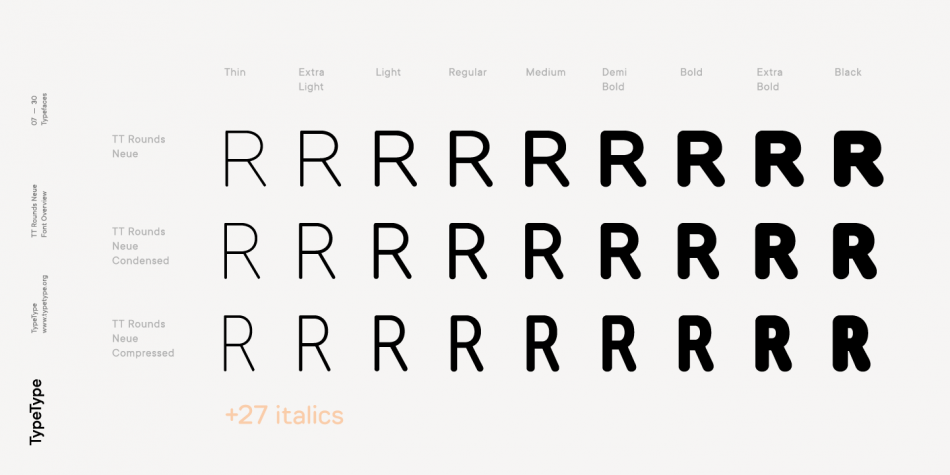 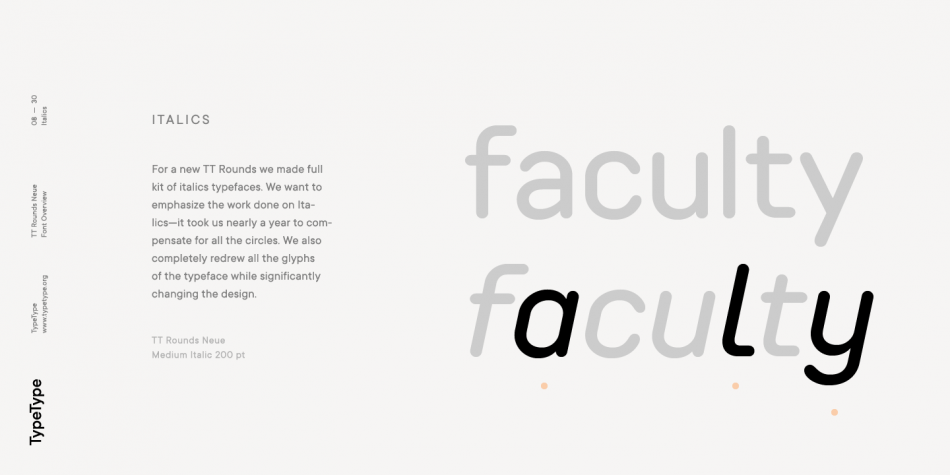 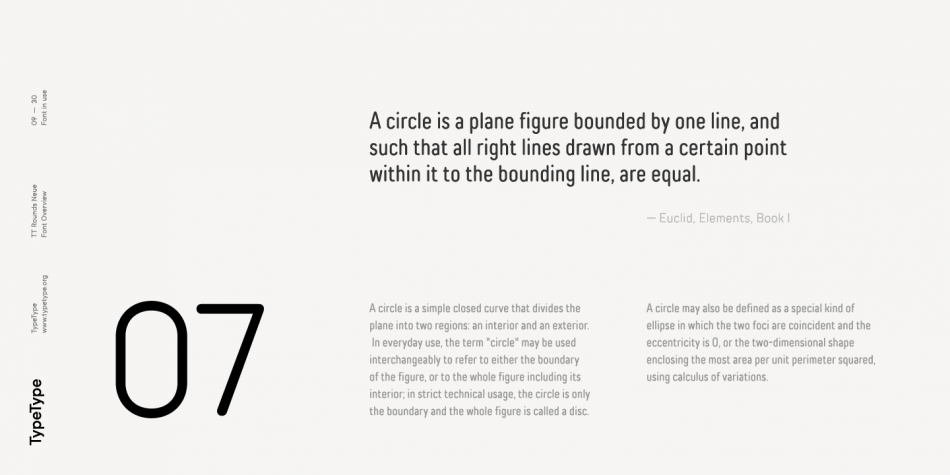 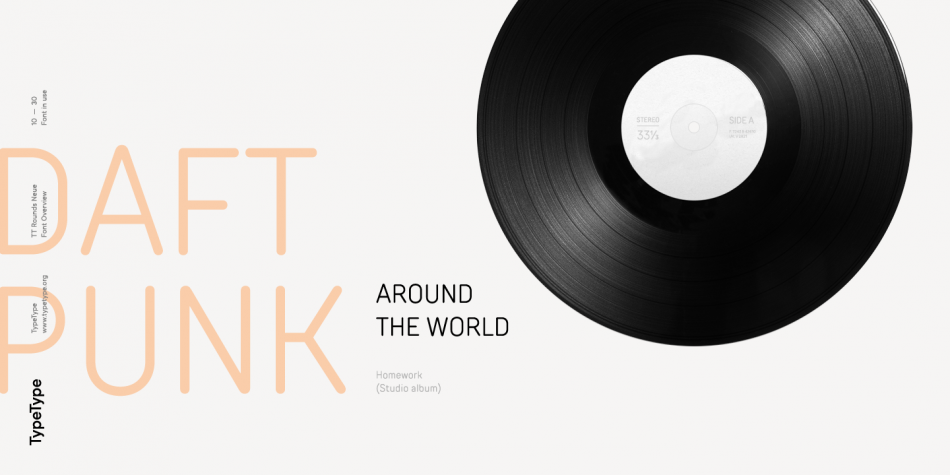 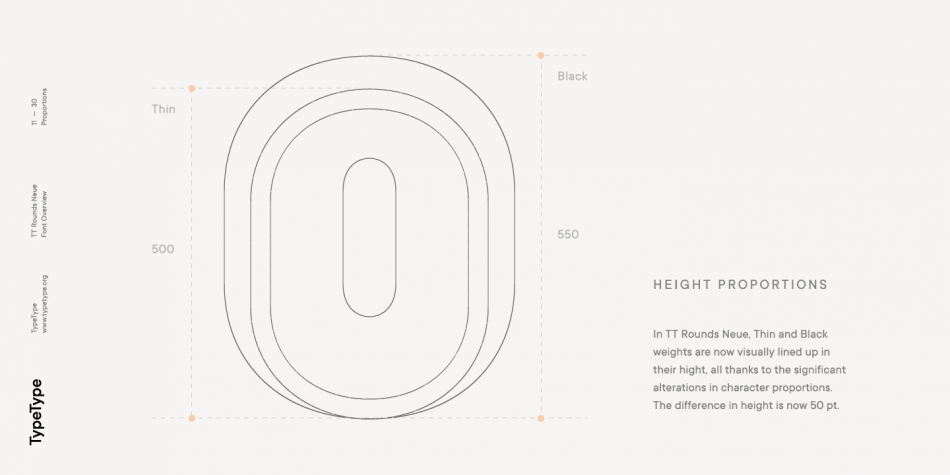 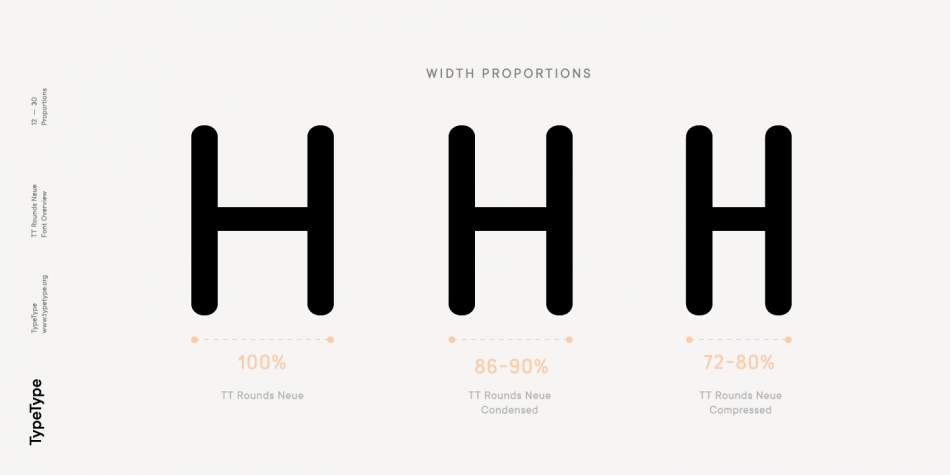 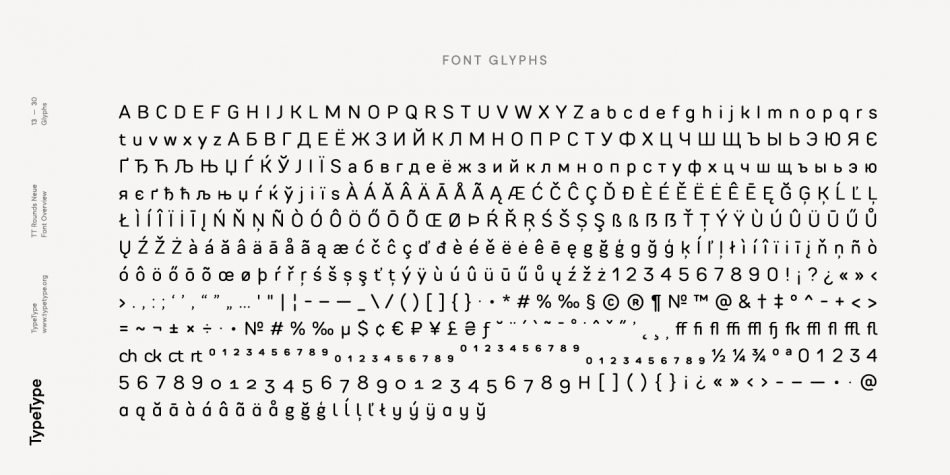 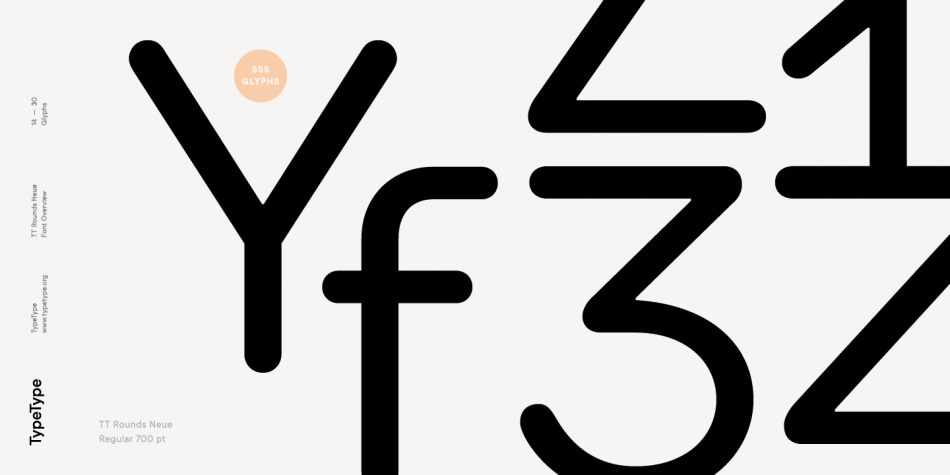 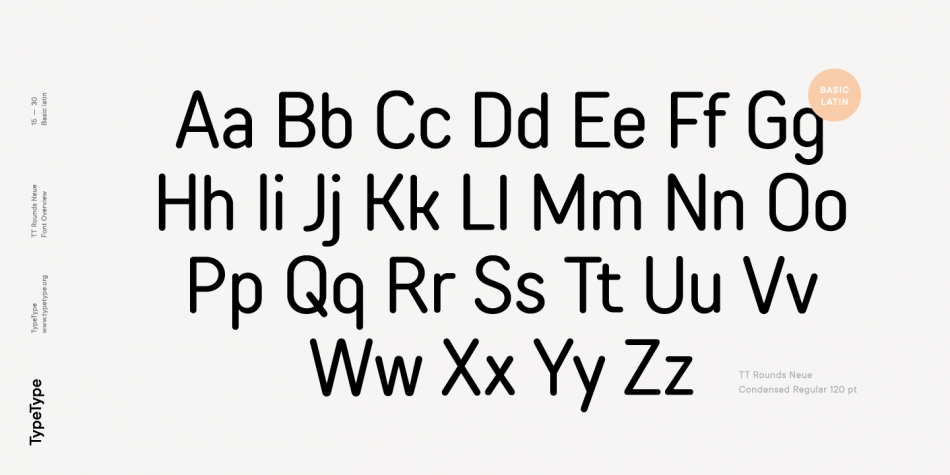 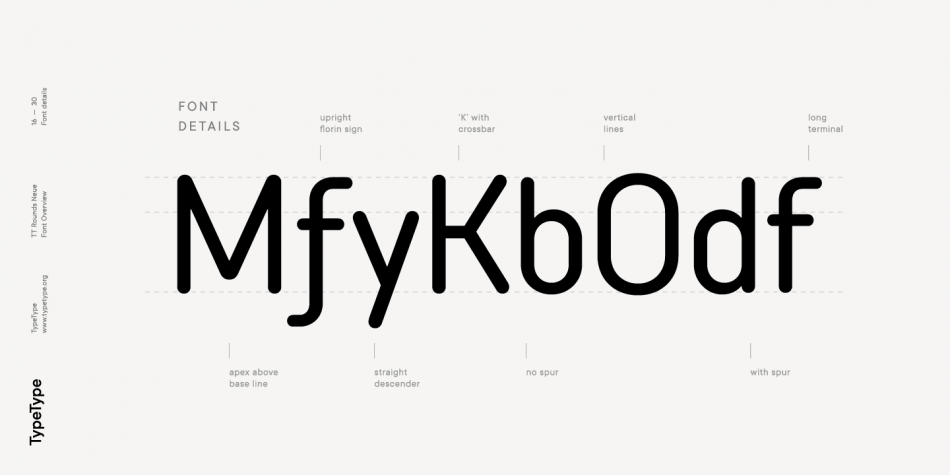 Designed by Ivan Gladkikh, TypeType Team and Phillip Nurullin, TT Rounds Neue is a sans serif font family. This typeface has fifty-four styles and was published by Typetype. 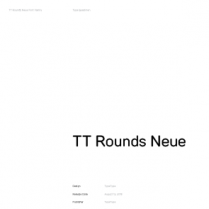 TT Rounds Neue is a new modern look at the once popular TT Rounds and TT Rounds Condensed typefaces. At some point, we realized that the old TT Rounds could no longer cope with the modern requirements for typefaces, and we decided to completely rework them.

To begin with, we corrected the visual balance between bold and thin faces and revised the proportions of the letters. We also completely redrew all the glyphs of the typeface while significantly changing the design of some of them. Thanks to this, the typeface looks more modern and can be used even in a text set. In addition, thanks to improved hinting, the typeface is well optimized for working on the web.

To the standard and condensed subfamilies, we have added a new compressed subfamily, and now TT Rounds Neue consists of three widths variations. The number of weights was increased to 9, which together with Italics equals 18 fonts in each subfamily or 54 fonts in the total, and allows to greatly expand the possibilities of using the typeface. We want to emphasize the work done on Italics—it took us nearly a year to compensate for all the circles.