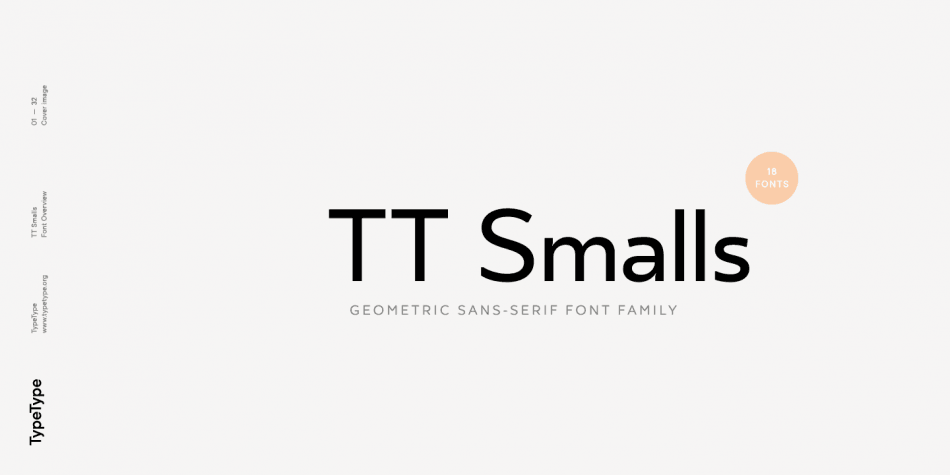 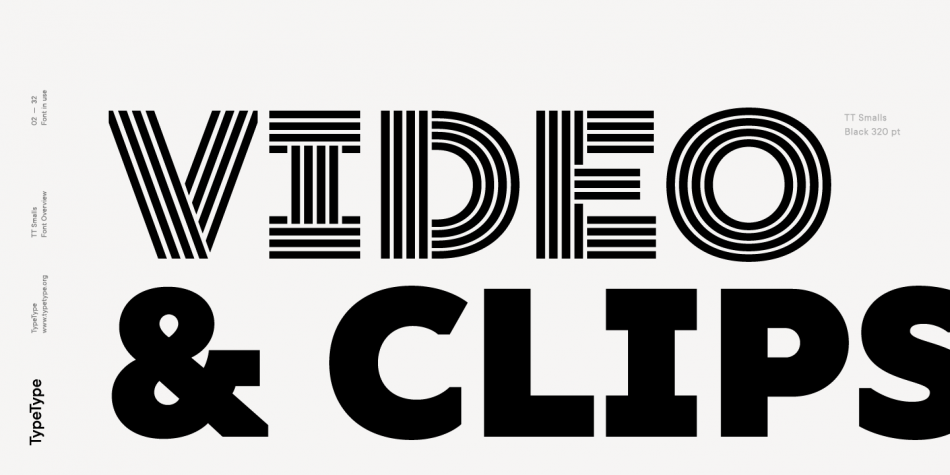 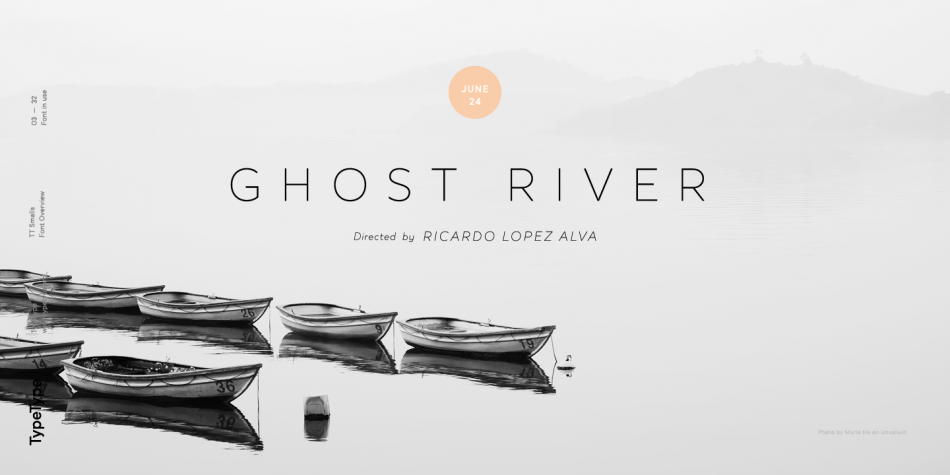 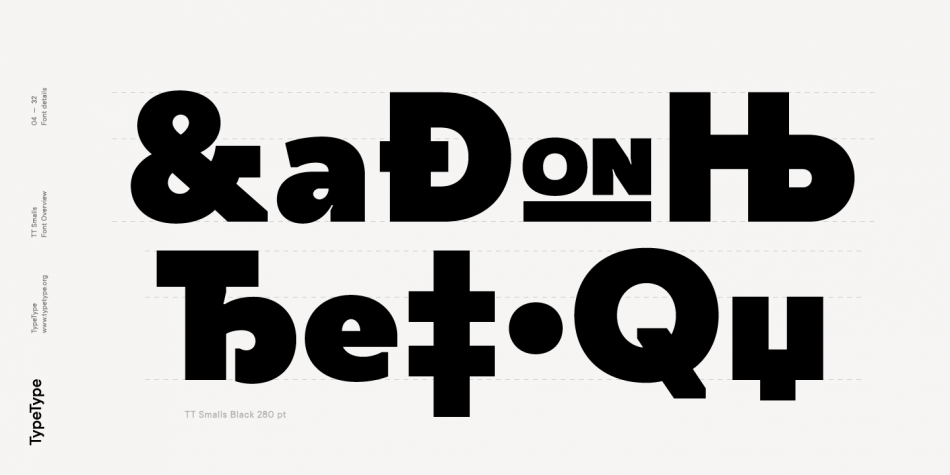 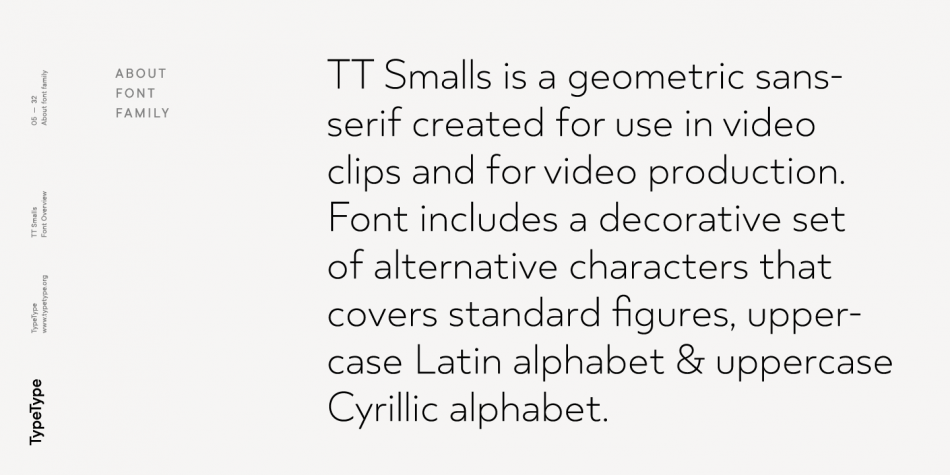 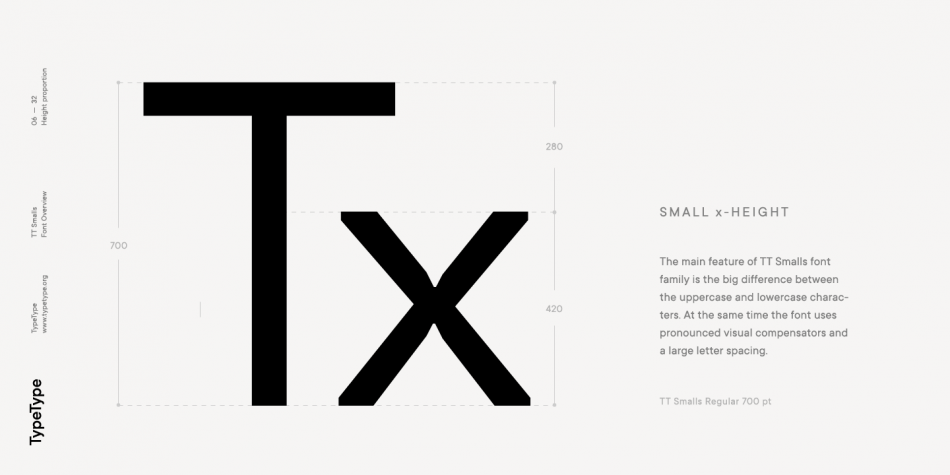 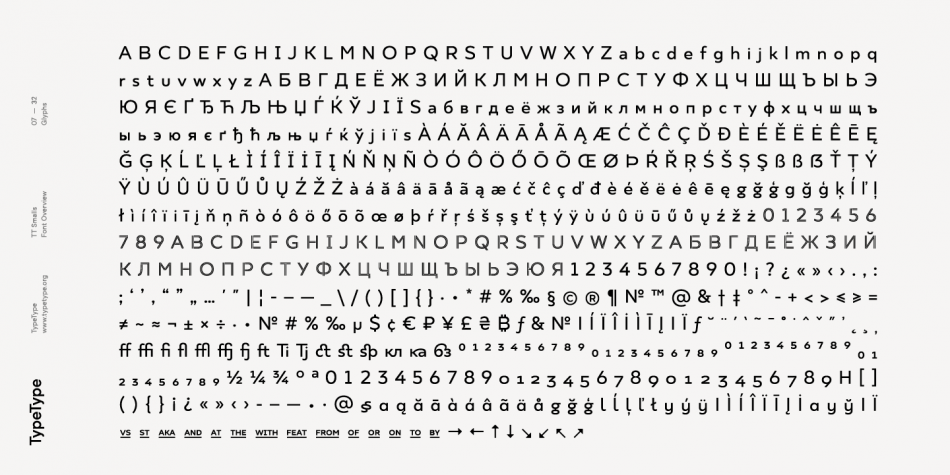 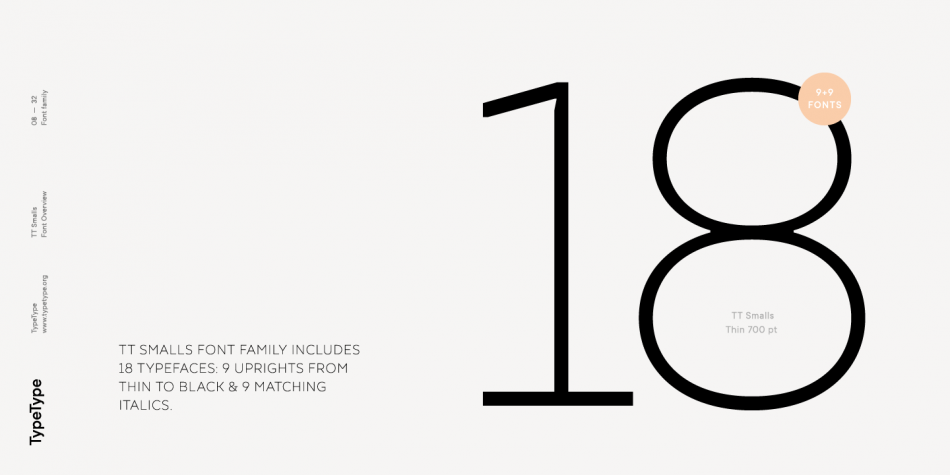 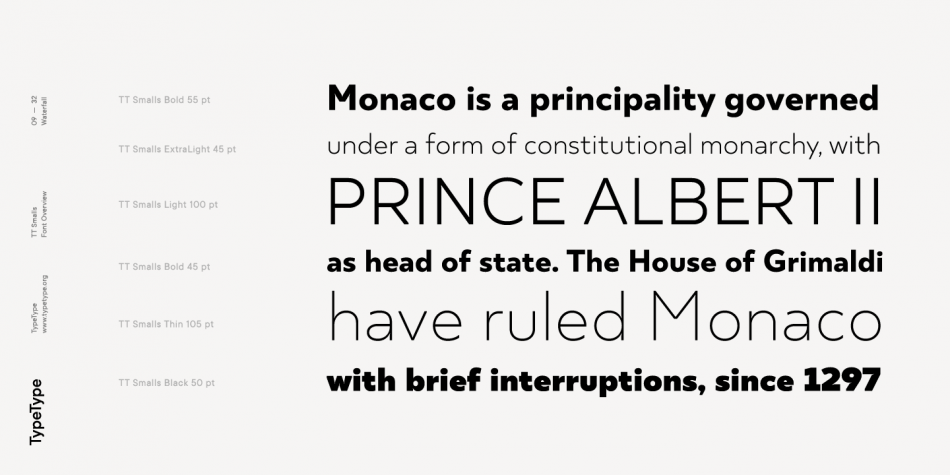 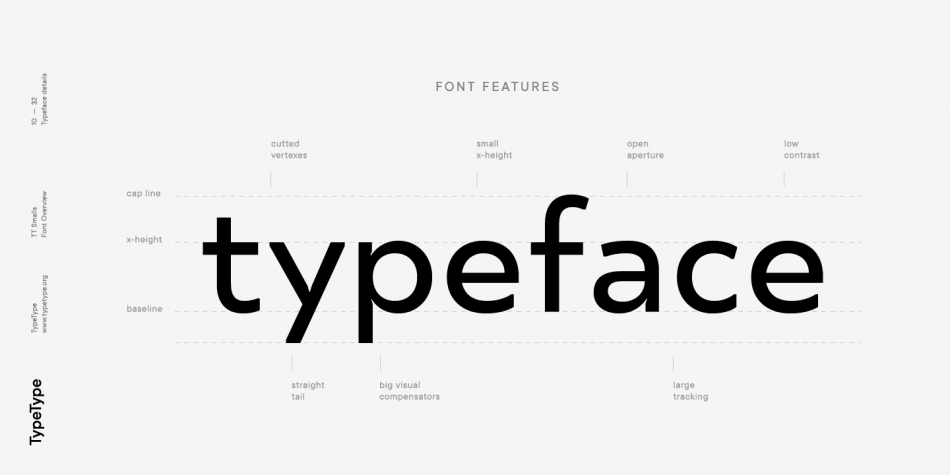 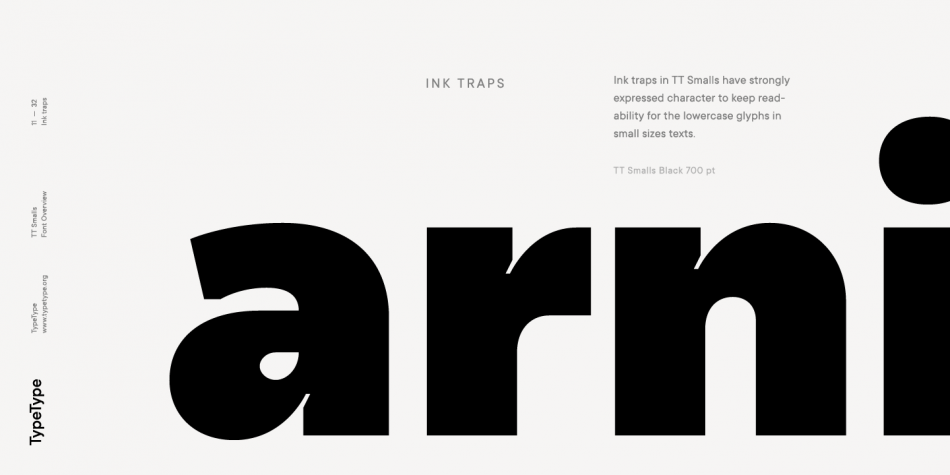 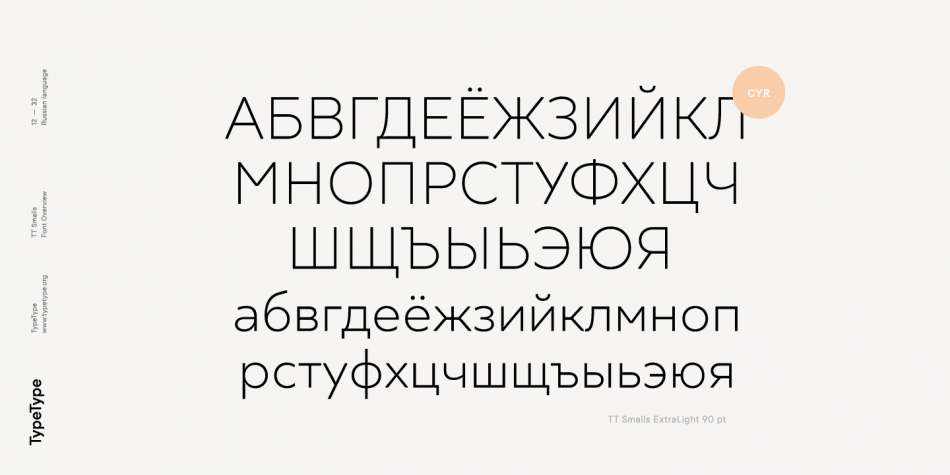 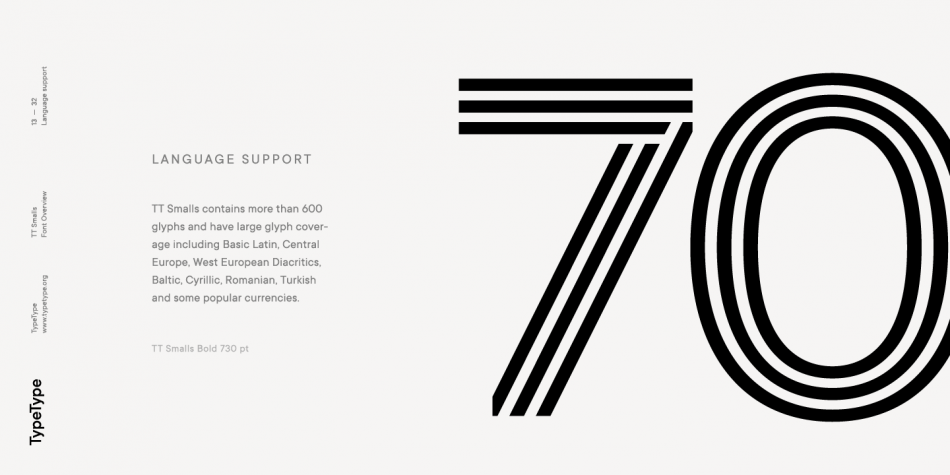 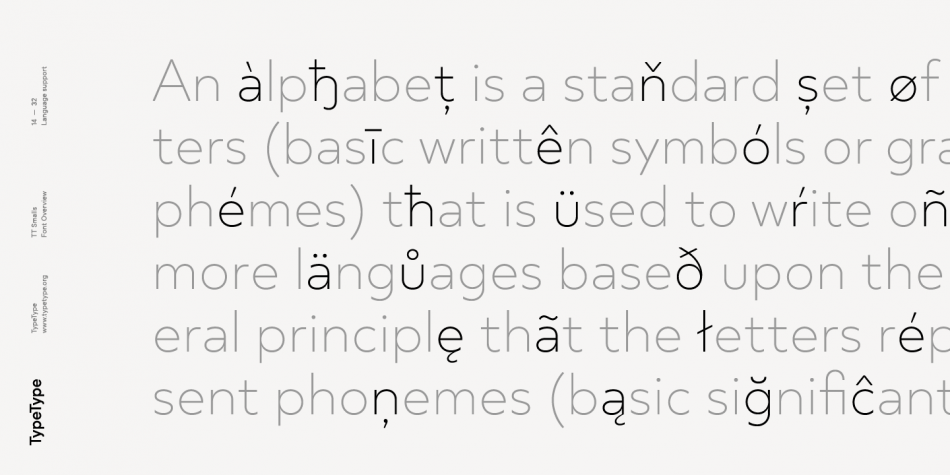 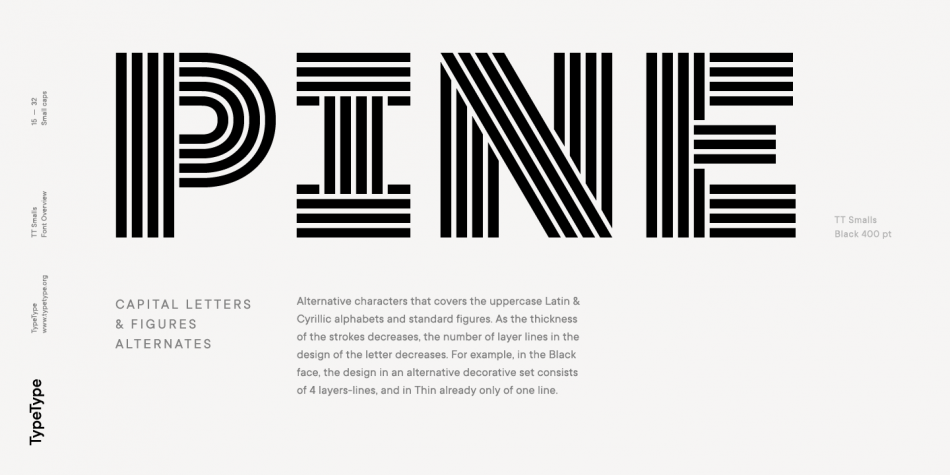 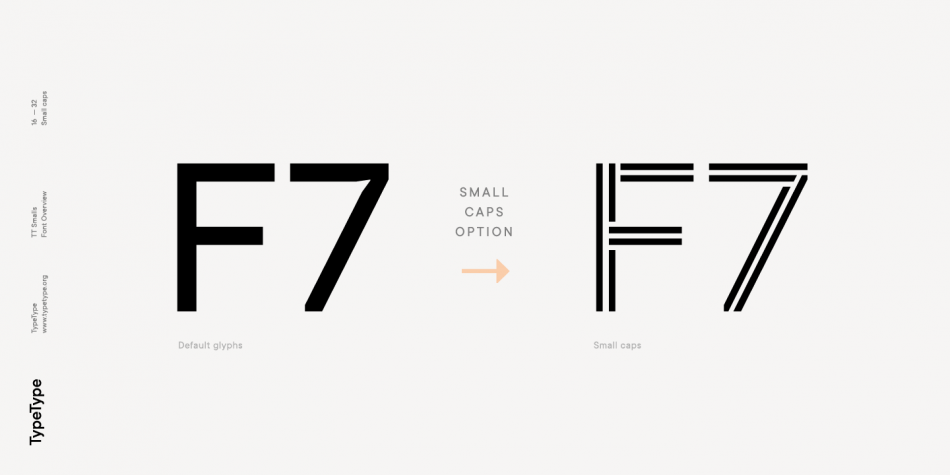 An eighteen font family. This contains every font in the TT Smalls Family. 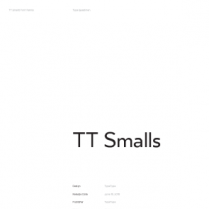 TT Smalls is a geometric sans serif created for use in video clips and for video production. The main feature of the font family is the big difference between the uppercase and lowercase characters, in which we intentionally diminish the x-height. At the same time, in order for signs to be readable and balanced, the font uses pronounced visual compensators and a large letter spacing.

In the typeface there is a decorative set of alternative characters that covers the uppercase Latin alphabet, uppercase Cyrillic alphabet, and standard figures. As the thickness of the strokes decreases, the number of layer lines in the design of the letter decreases. For example, in the Black weight, the design in an alternative decorative set consists of 4 layers-lines, and in Thin already only of one line. In order to simplify the access to this special set, we have programmed it for the SMCP (small caps) feature. You just need to turn it on.

Especially for video production we have prepared a set of particular catchwords that are included in each font, and whose height corresponds to the x-height of the lowercase sign. For catchwords output, you need to type a special combination of characters. For example, to get the AKA catchword, you need to type one of the following combinations: a+k+a, or A+K+A, or a_k_a, or A_K_A. Using any of these combinations will make the catchword appear. It is important to note that for successful use of catchwords, the feature calt (contextual alternates) must be permanently turned on.

The TT Smalls font family consists of 18 fonts: 9 weights and 9 italics. The family has a set of stylistic alternatives, which make the typeface a bit more humanist when turned on. TT Smalls features 16 ligatures, including several Cyrillic, old-style figures, a set of navigational arrows. In addition, TT Smalls supports a large number of other useful OpenType features such as case, ordn, sups, sinf, dnom, numr, onum, tnum, pnum, calt, frac.