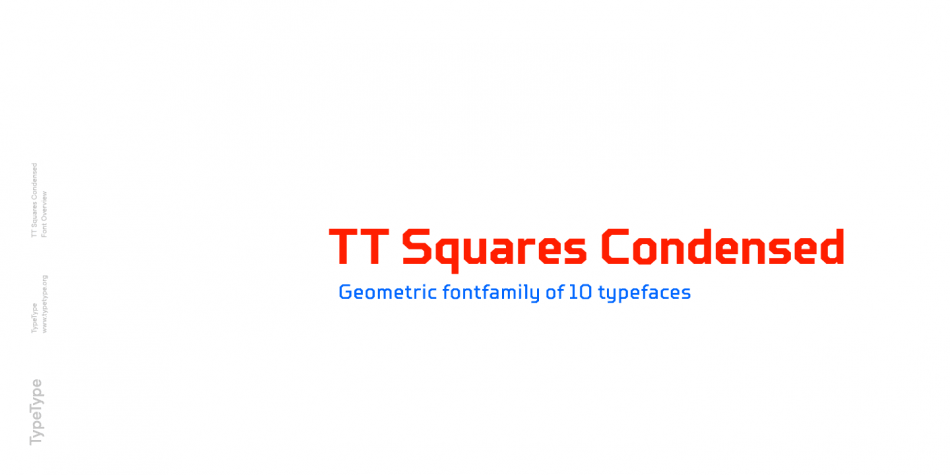 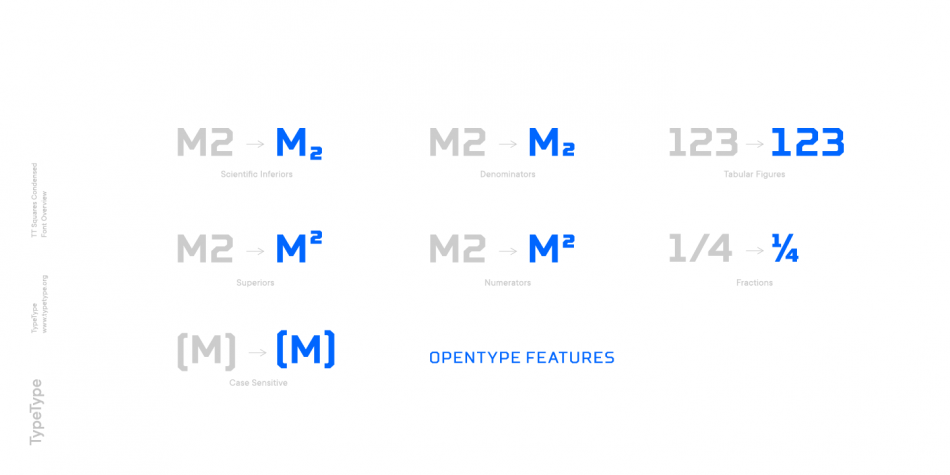 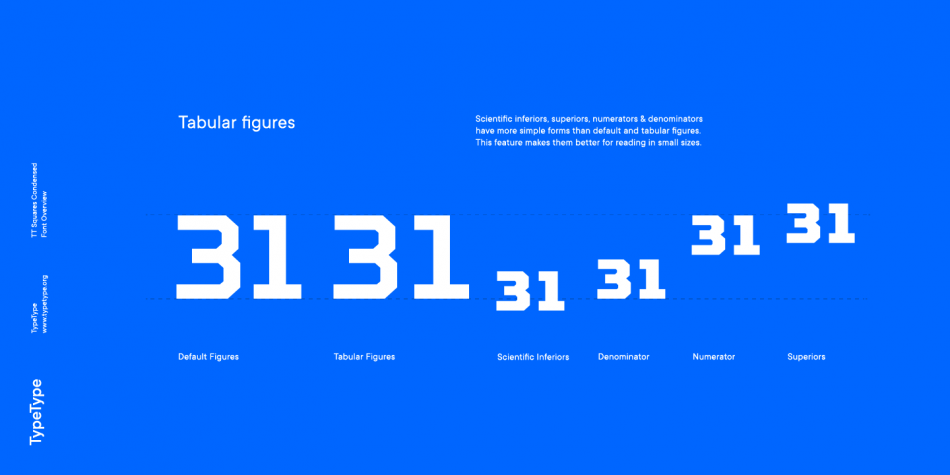 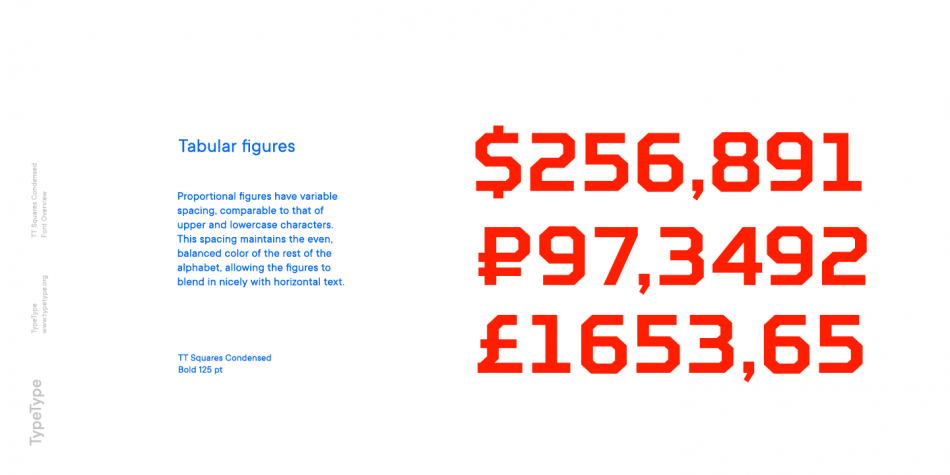 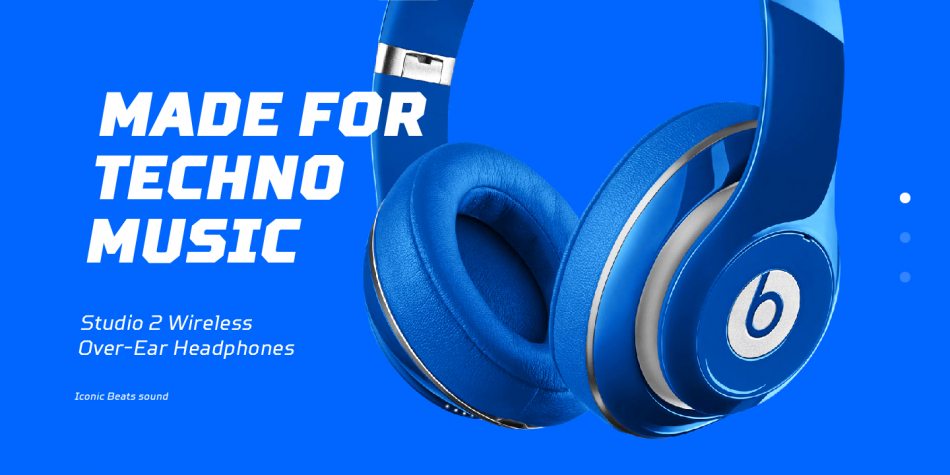 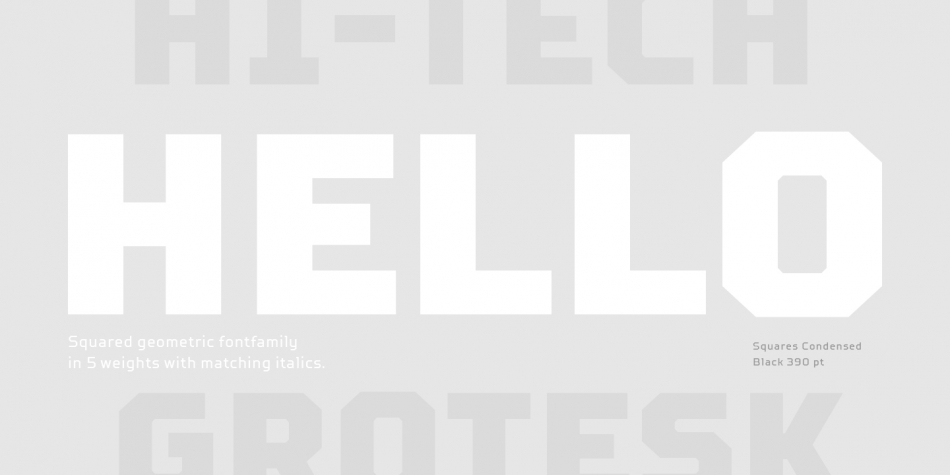 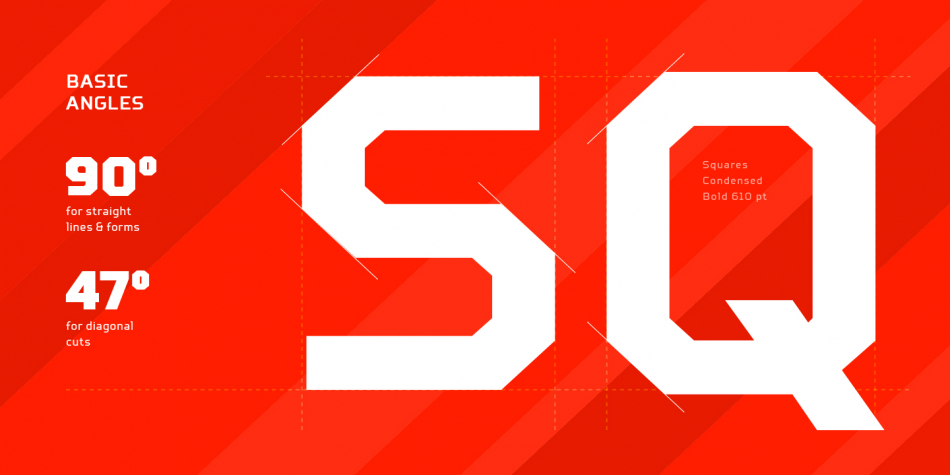 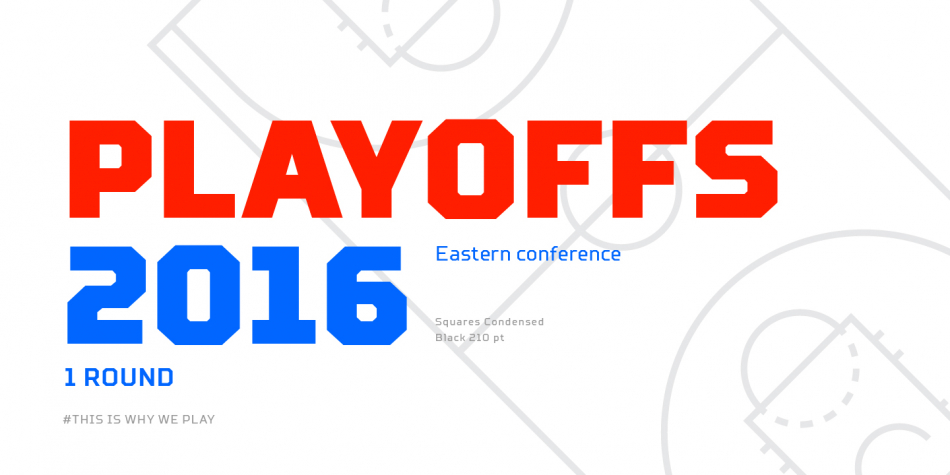 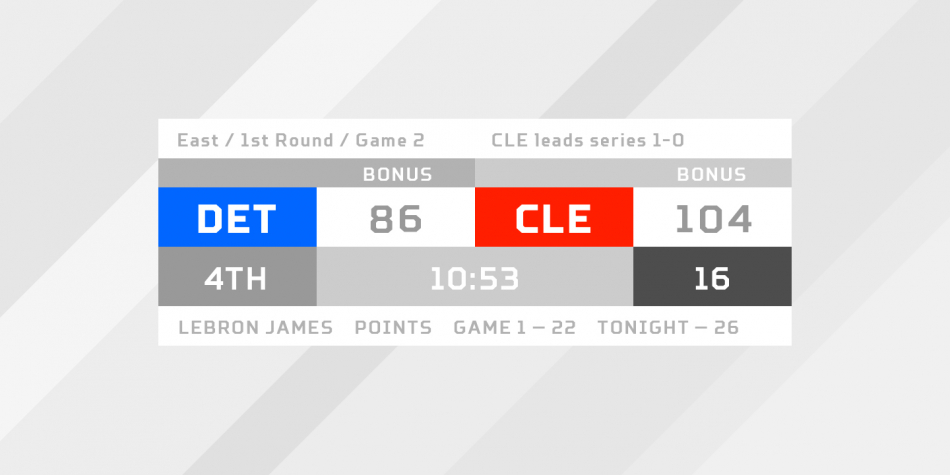 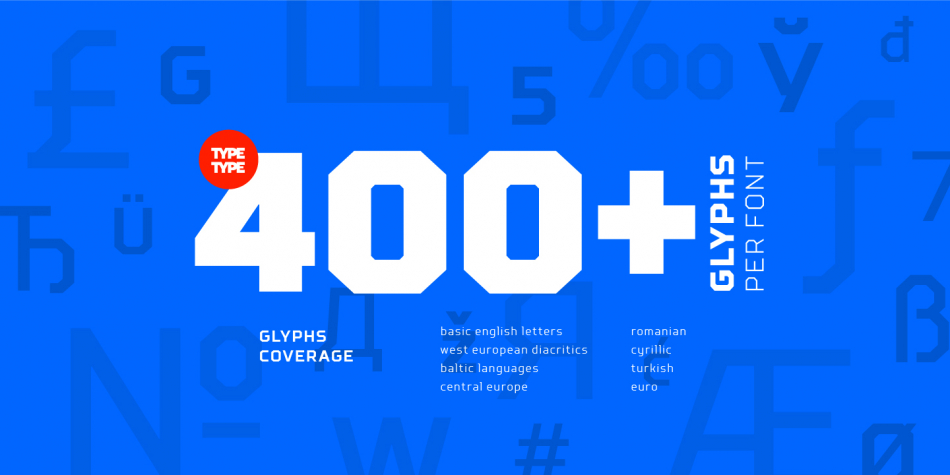 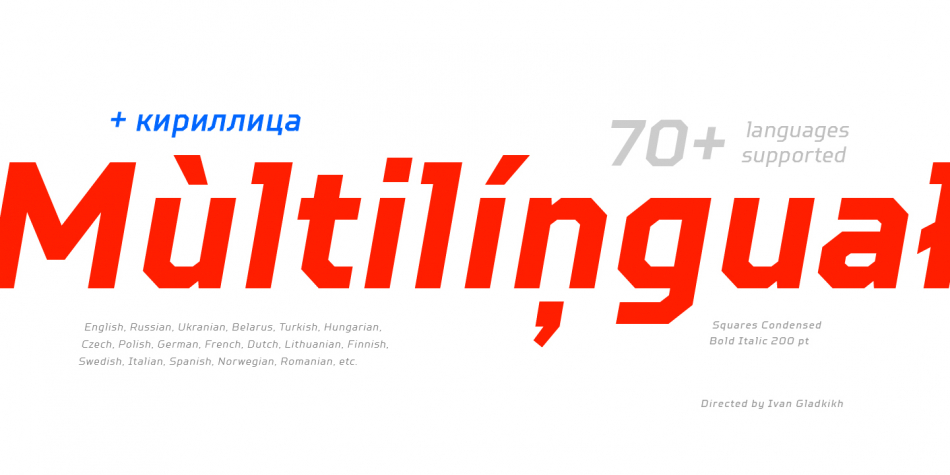 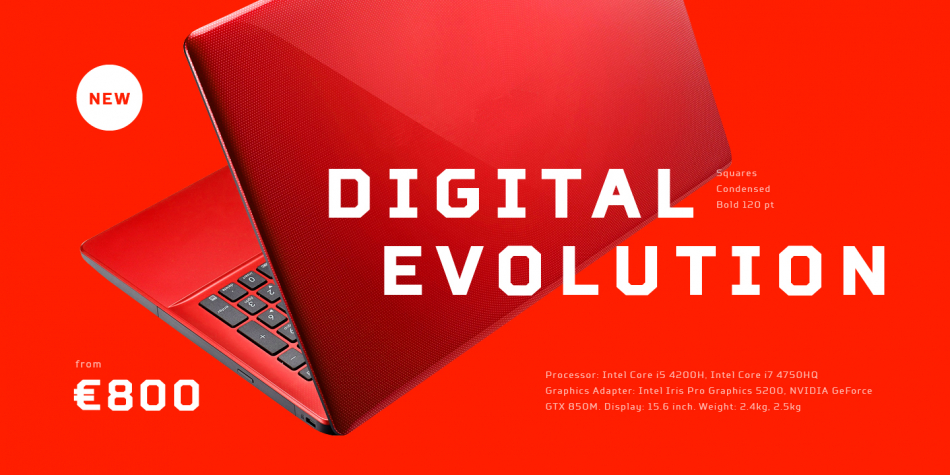 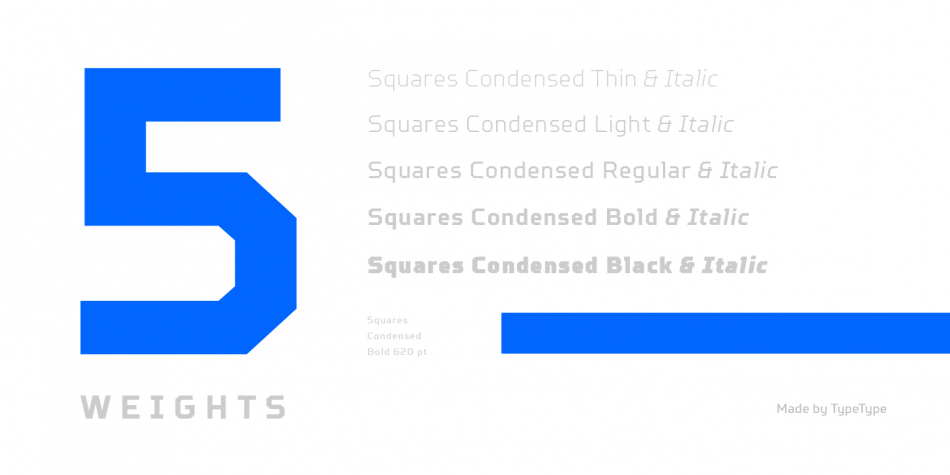 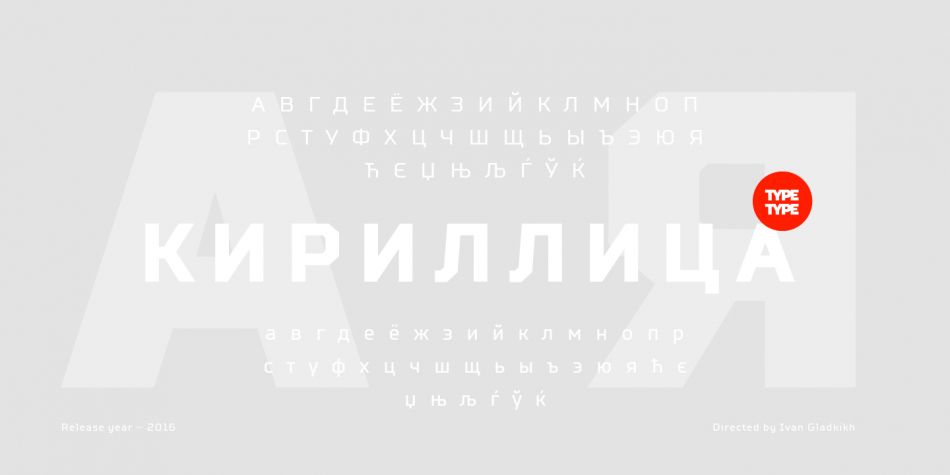 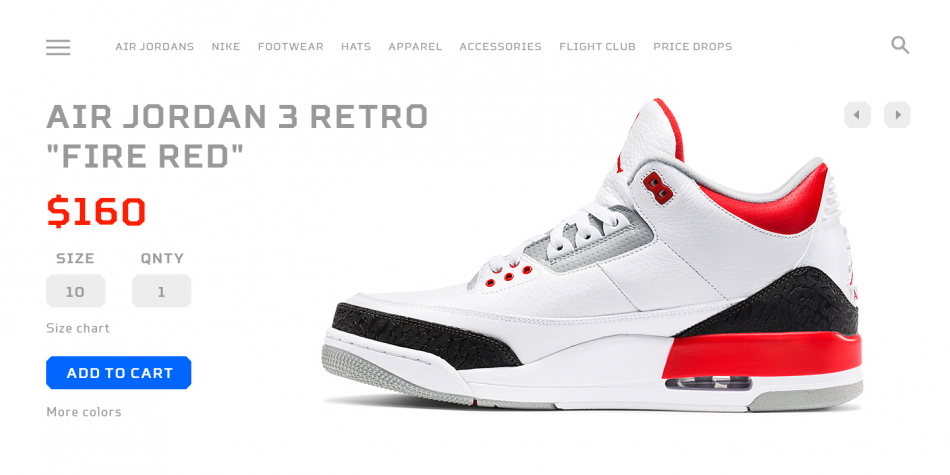 TT Squares Condensed is a sans serif font family. This typeface has ten styles and was published by Typetype.

We’ve expanded the Squares font family and created a narrow version of the typeface. Just as its older brother, Squares Condensed fits perfectly for any engineering, military, and technological theme.

The font is ideal for implementation in interior design, packaging design, creation of uniforms with inscriptions, and for logos and headlines.

Fonts belonging to the Squares font family look manly and have a strong character that instantly tunes in the spectators and makes them perceive the information seriously.   If we were to compare fonts to people’s professions, Square Condensed would most definitely be a first-class technical engineer whose talented hands are adorned with calluses and machinery oil spots.

Squares Condensed is optimized or web and mobile applications.