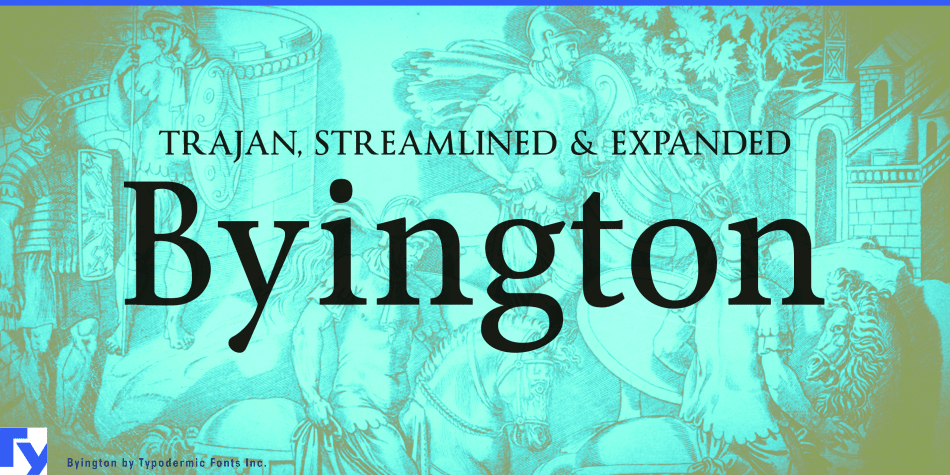 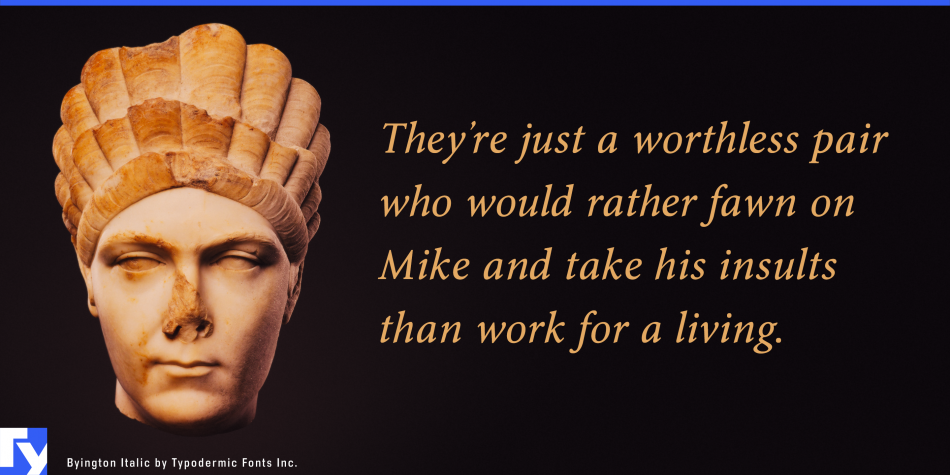 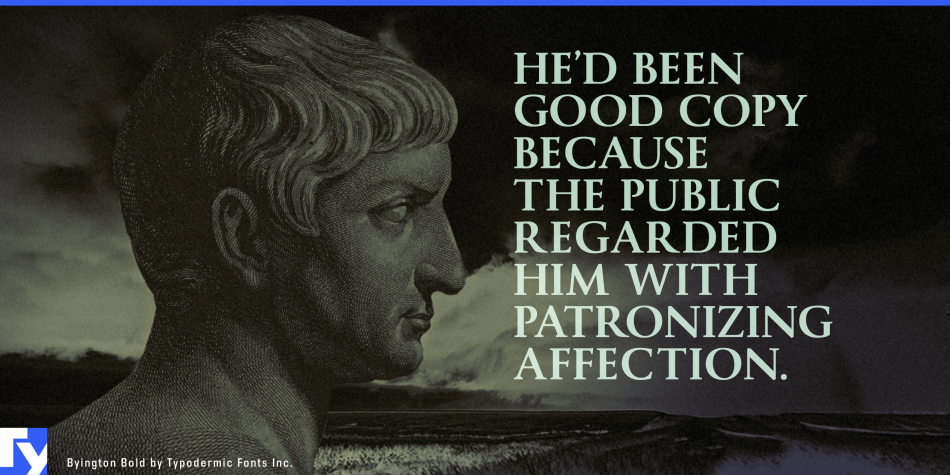 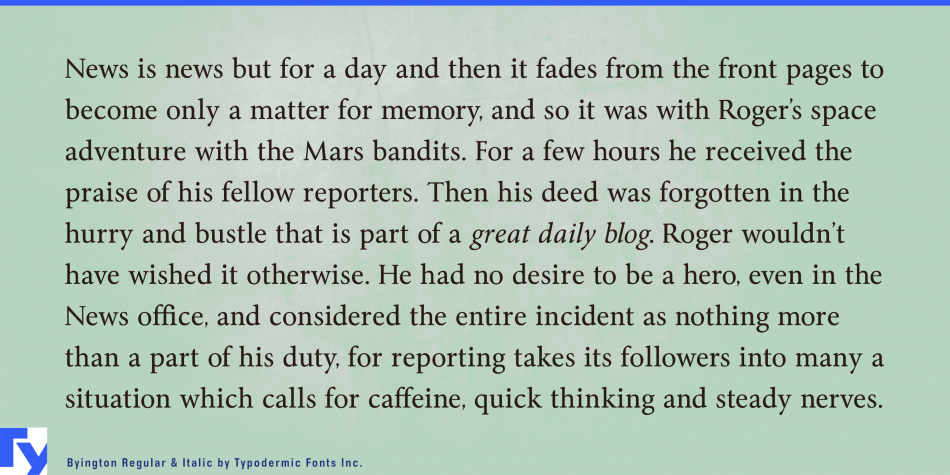 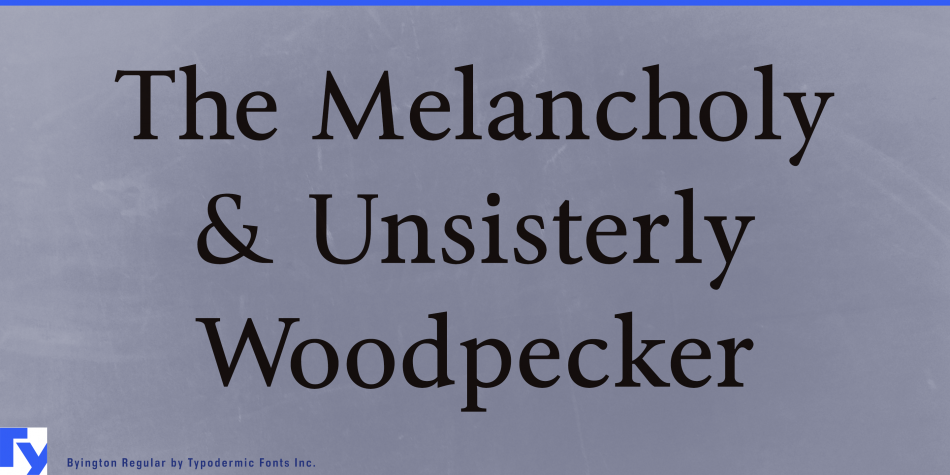 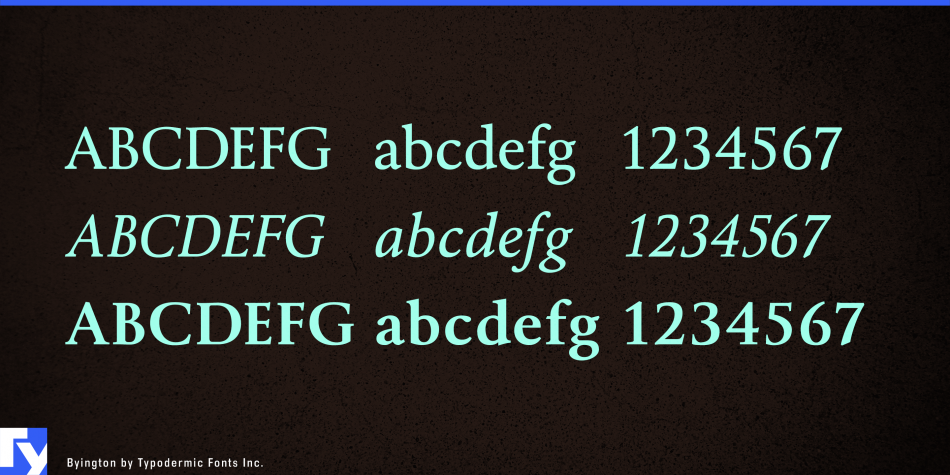 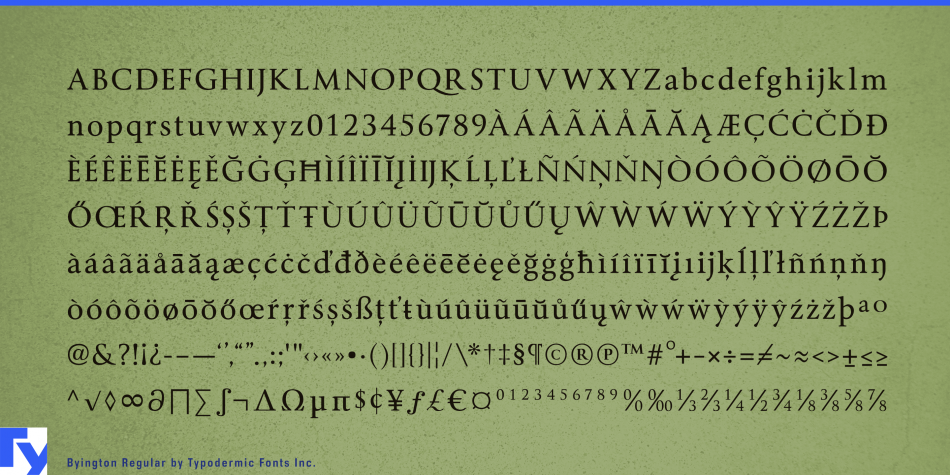 Byington is a serif font family. This typeface has three styles and was published by Typodermic Fonts Inc.

Inspired by the ancient carvings chiseled into Trajan’s column in Rome, Byington pays homage to Trajan’s venerable lines but strips away the subtle nuances usually associated with the classic design. Fortified to withstand the requirements of video and other low resolution applications, Byington’s strength lies in its beefier serifs and speedier transitional curves. And what’s this? Recent excavations revealed a lowercase, ten meters below the column’s foundation. Byington’s lowercase is interfused with Sabon and Garamond, mirroring the pared down simplicity of the capitals.