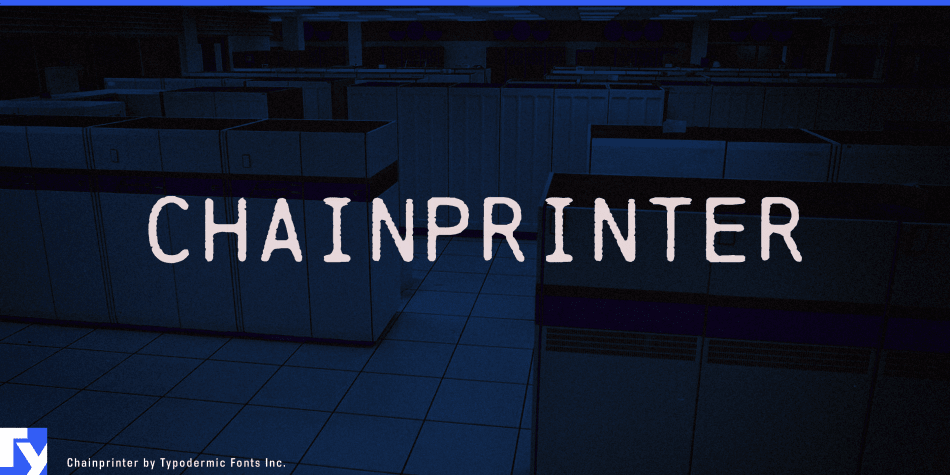 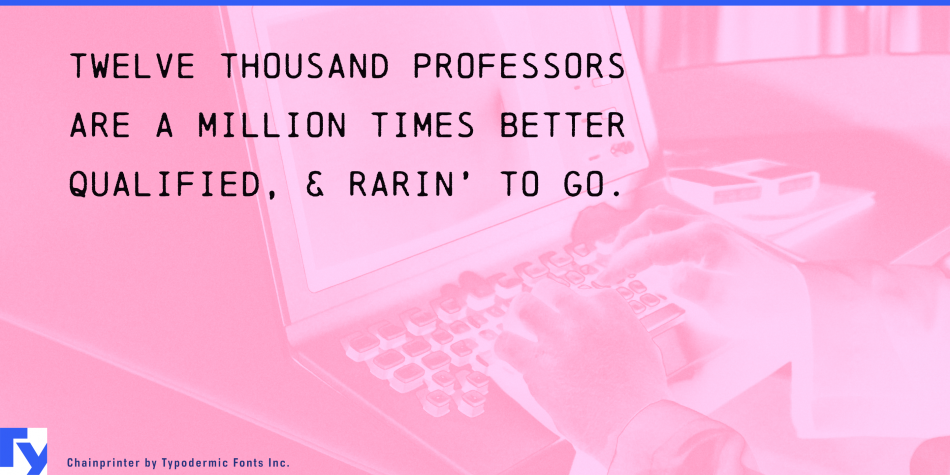 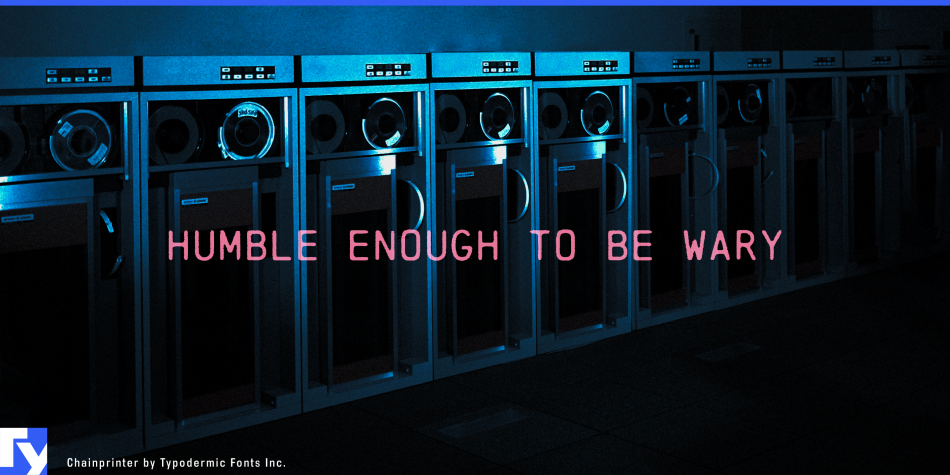 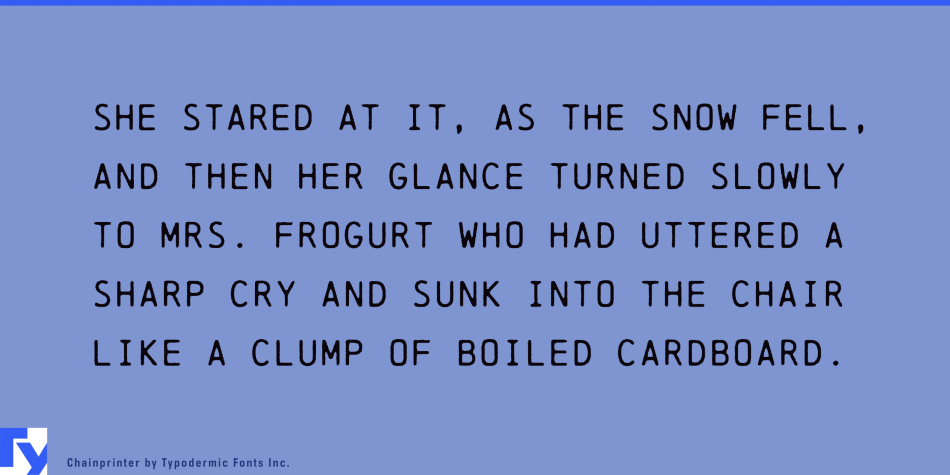 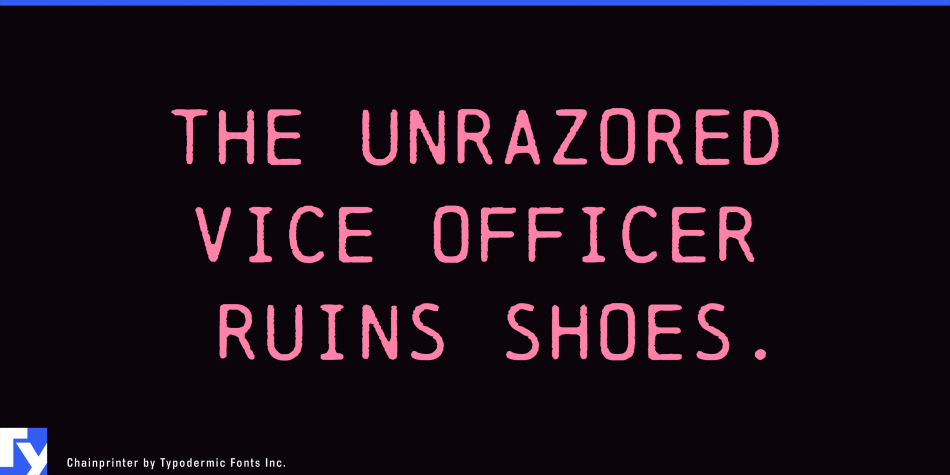 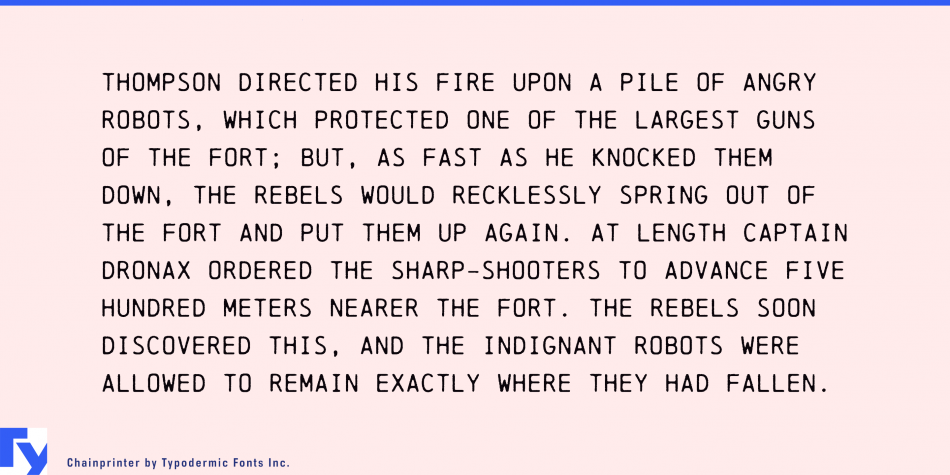 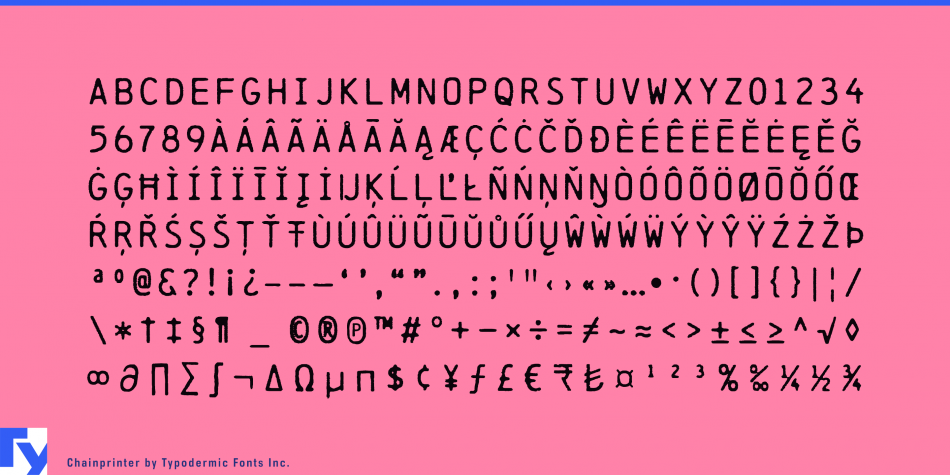 Chainprinter is a typewriter font published by Typodermic Fonts Inc.

What happens when computer printer marries a chainsaw and a player piano? A piece of 1960s computer equipment called a chain printer that printed at alarming speeds, even by today’s standards. Band printers were similar to chain printers except were more like bandsaws than chainsaws. Most print chains and print bands had limited punctuation, no accents and no lowercase letters. Chainprinter recreates the effect of this mechanical marvel/nightmare of yesteryear. Want a crisp version with lowercase? Try Typodermic’s Linefeed.