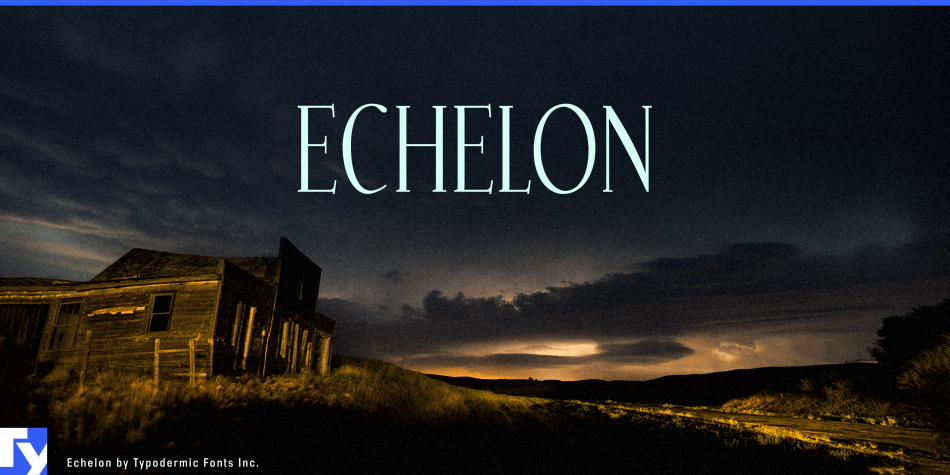 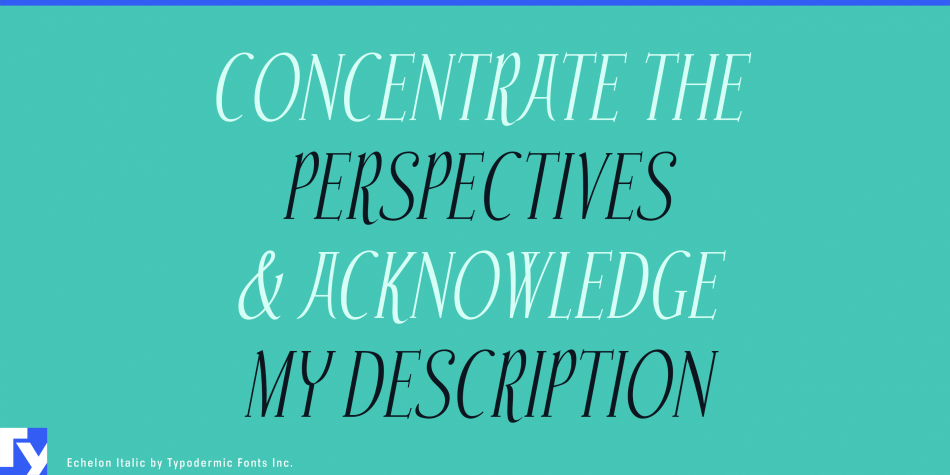 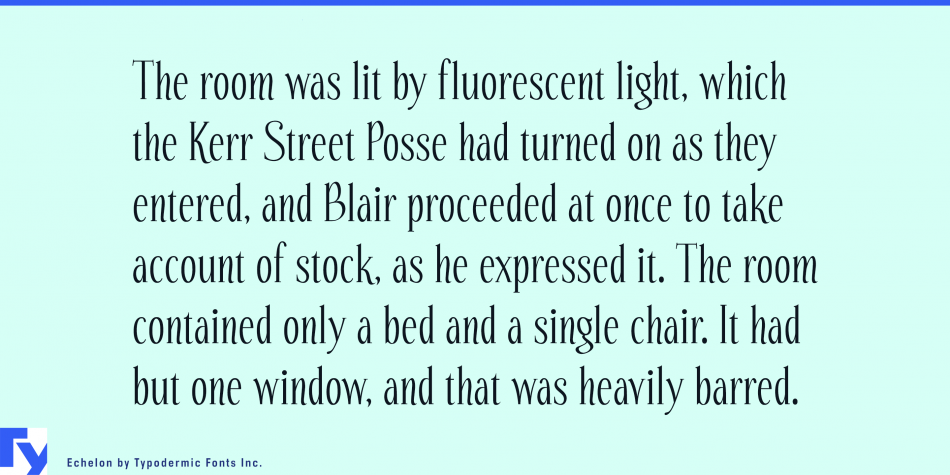 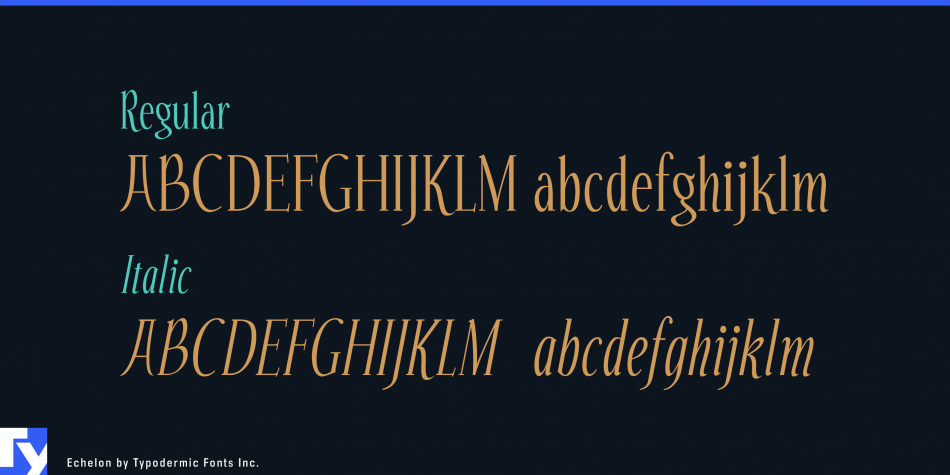 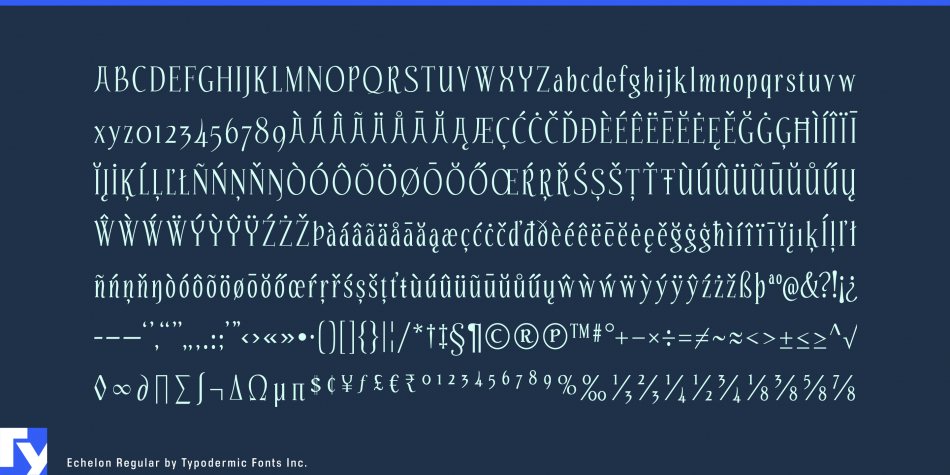 Echelon is a display serif font family. This typeface has two styles and was published by Typodermic Fonts Inc.

Echelon was created in late 1999 in vector editing software on a Palm computer; sort of an iPod Touch for the late 1990’s. It is, as far as I can recall, the only font I designed using something other than Fontographer/Fontlab. Almost all of Echelon’s characters were developed during a Toronto/Seattle return flight. I entered it into a font contest and won FontLab, which I still use to this day.

I recently decided it was time to re-examine Echelon and make some upgrades. The new Echelon is more refined, supports more languages, includes more punctuation/math symbols and is still free.