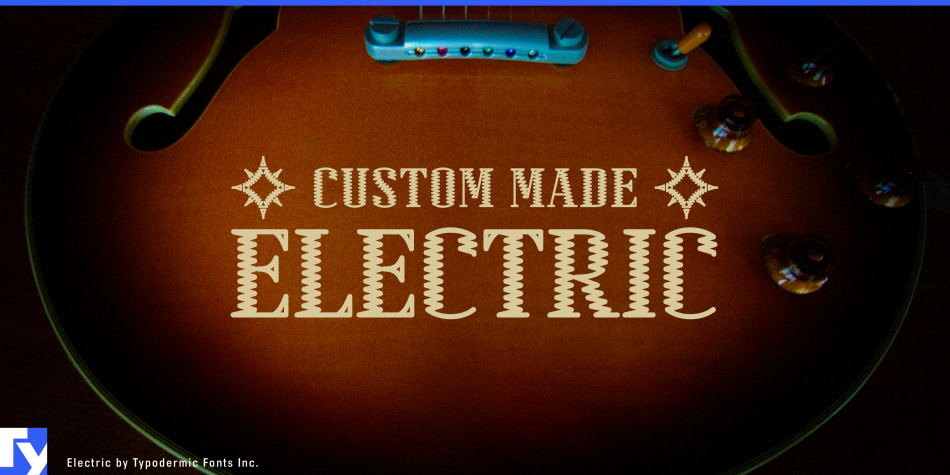 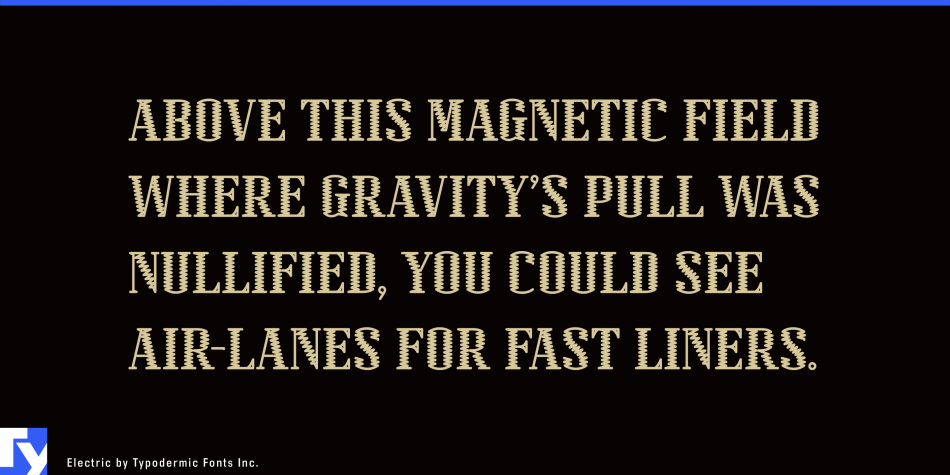 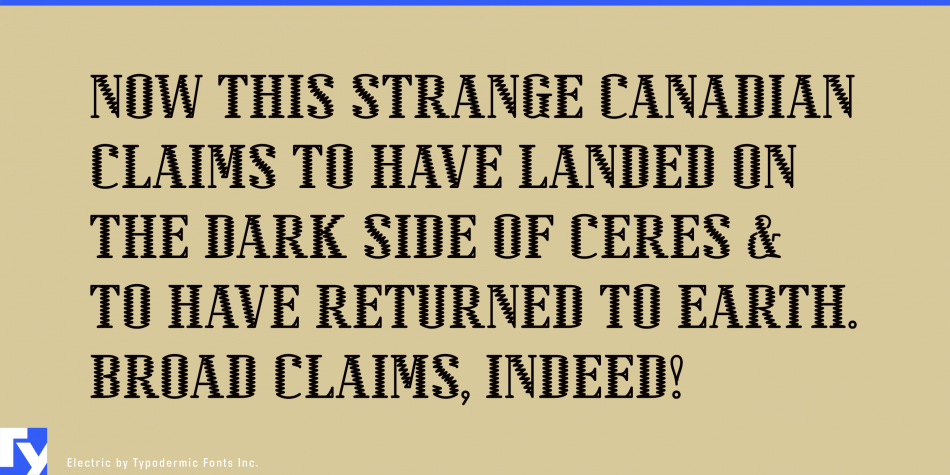 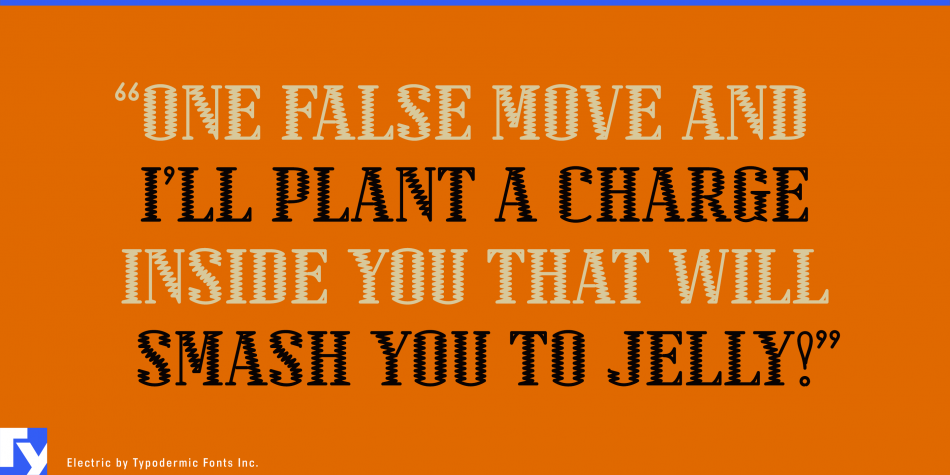 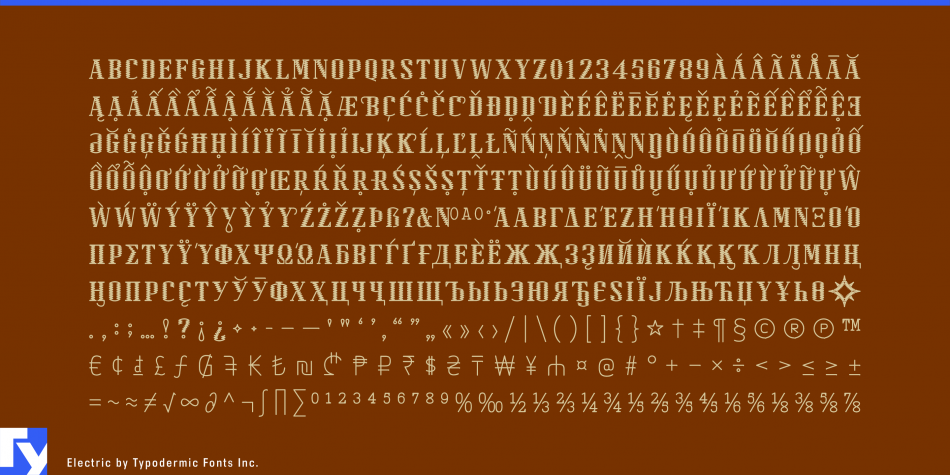 The Electric typeface was sparked by the Gibson custom electric guitar nameplates of the 1960’s. Way back in olden times, when Gibson dealers swapped a standard stoptail for a Bigsby vibrato tailpiece, two stoptail bolt holes remained. Sometimes they would cover these holes with a “Custom Made” nameplate. It was made of black plastic and engraved using a pantograph router with an oddball zig-zag pattern font and a pair starburst symbols.

The Electric typeface recreates that peculiar vintage presence in Greek, Vietnamese, Cyrillic, Pan-Nigerian and most Latin based languages. You can use the lozenge symbol ◊ to recreate the original starburst symbol.