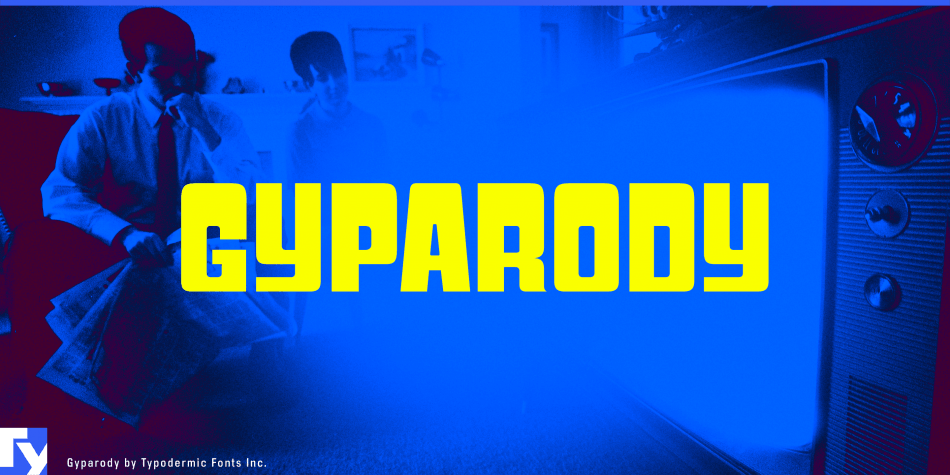 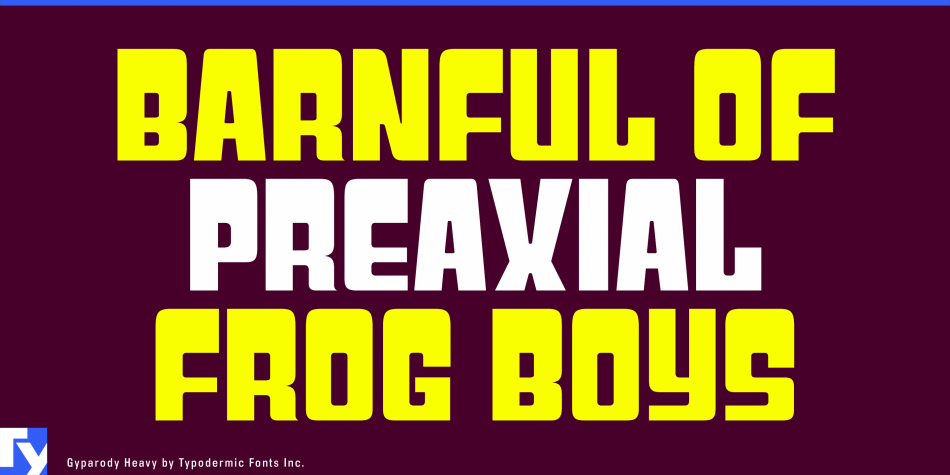 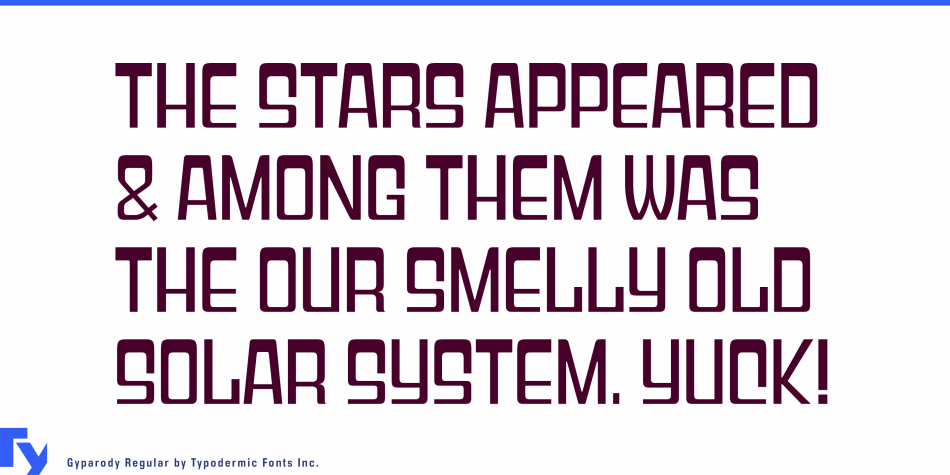 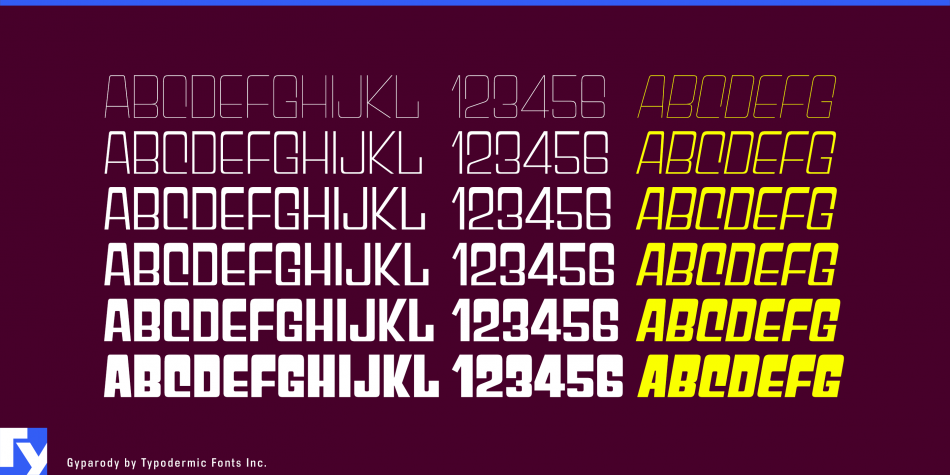 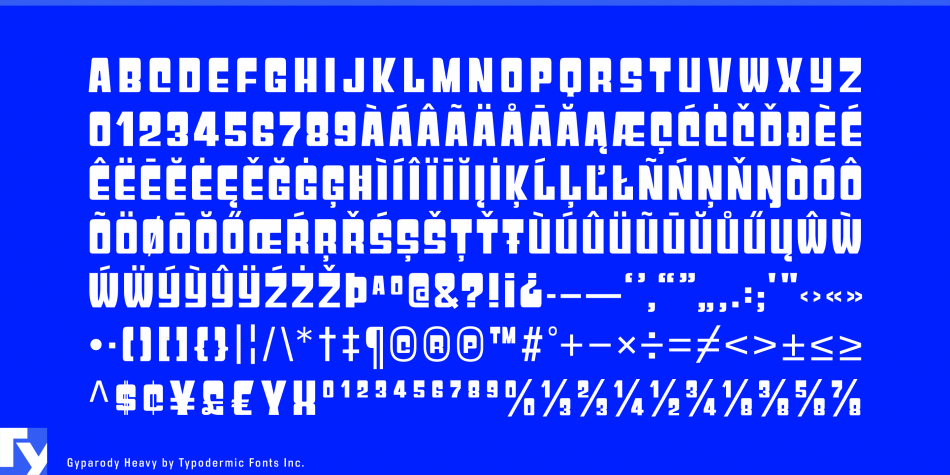 Gyparody is a display sans font family. This typeface has twelve styles and was published by Typodermic Fonts Inc.

Gyparody Regular was created in 2000. A decade later, a new version and full Gyparody family has been released. This version sticks more closely to the design of the original font on which Gyparody was based: a late 1960s font called Anonymous. An alternate X and Y are available as OpenType stylistic alternates.