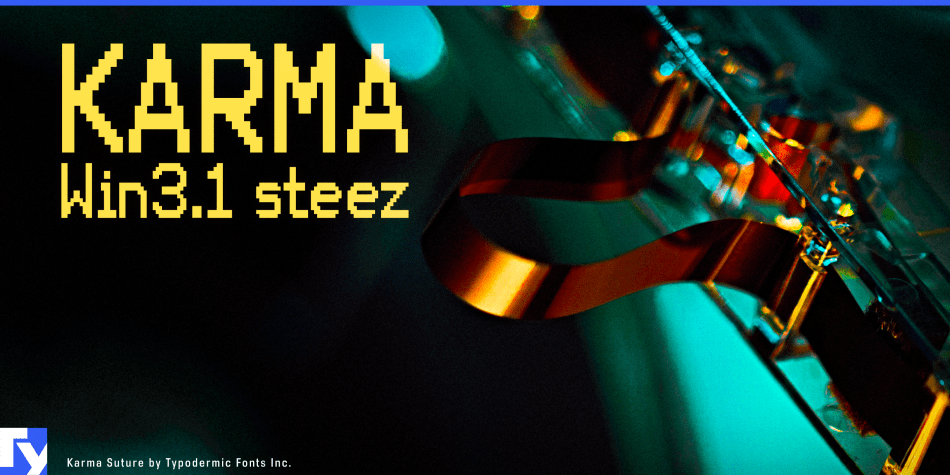 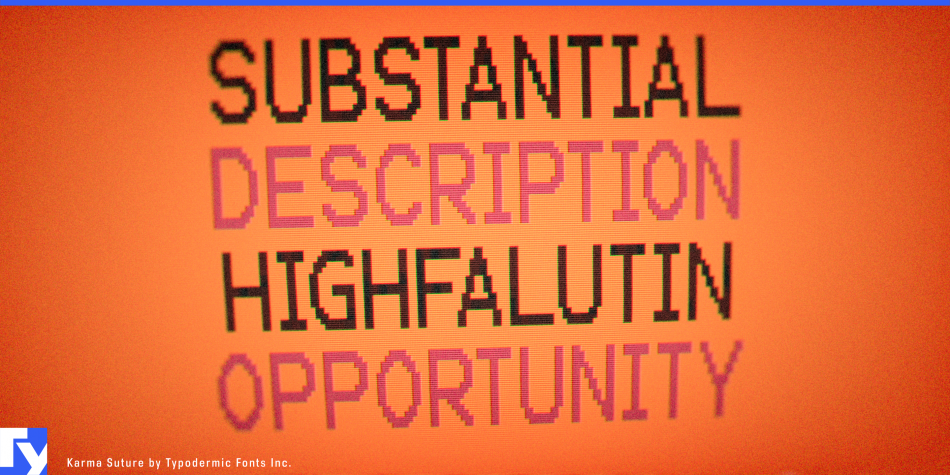 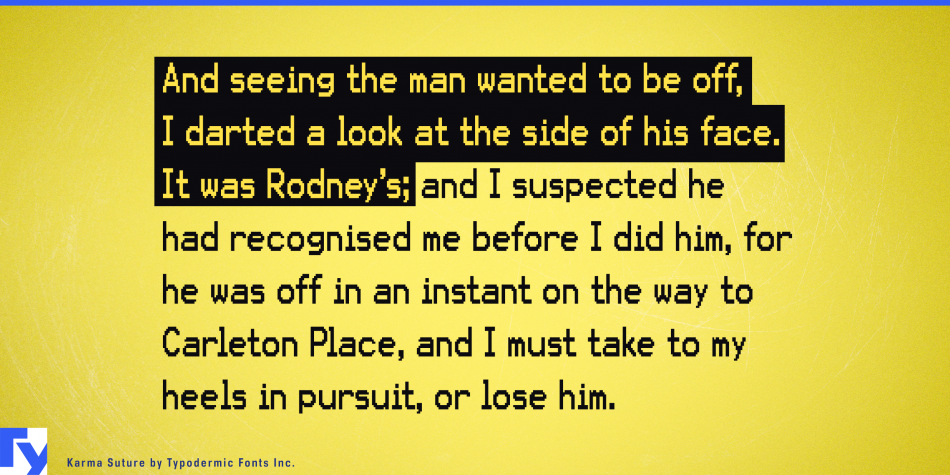 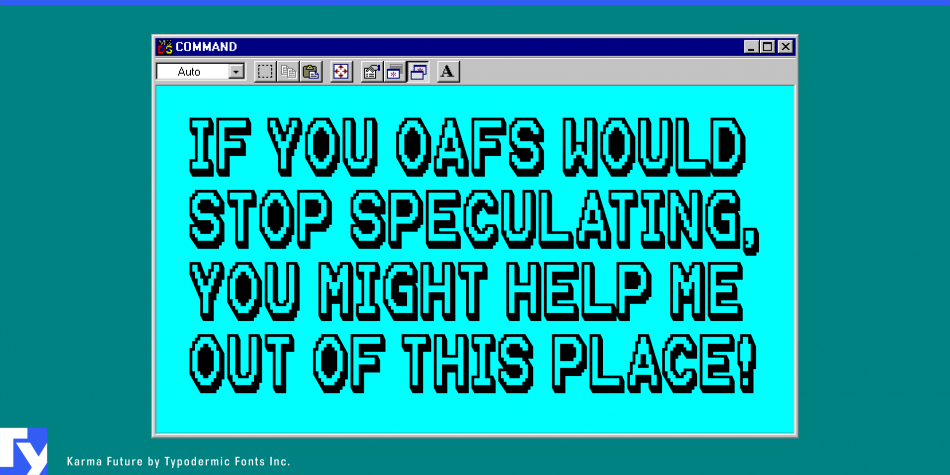 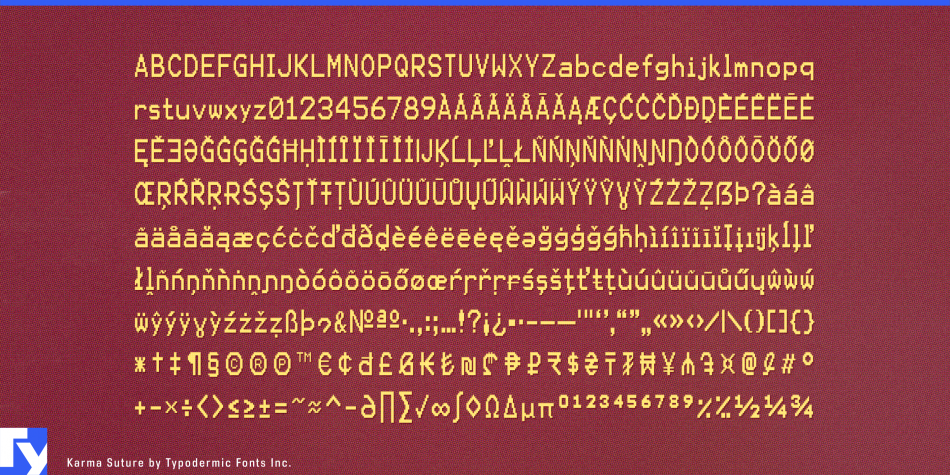 Karma is a pixel font family. This typeface has two styles and was published by Typodermic Fonts Inc.

Karma is a pixel font inspired by the 12×16 raster font which was included with Windows 3.1. The original raster font was monospaced but Karma is kerned and proportionally spaced. Stylistic changes were made, particularly with the accents and symbols. The vertical space has been adjusted to allow for upper and lower accents. Language coverage has been expanded to cover most Latin-based languages. There are OpenType features for fractions and numeric ordinals. Included is an outline/shadow variation which doesn’t include the OpenType features. Use Karma when you want to convey a classic Microsoft Windows vibe without the disadvantages of dealing with old font formats and monospacing.