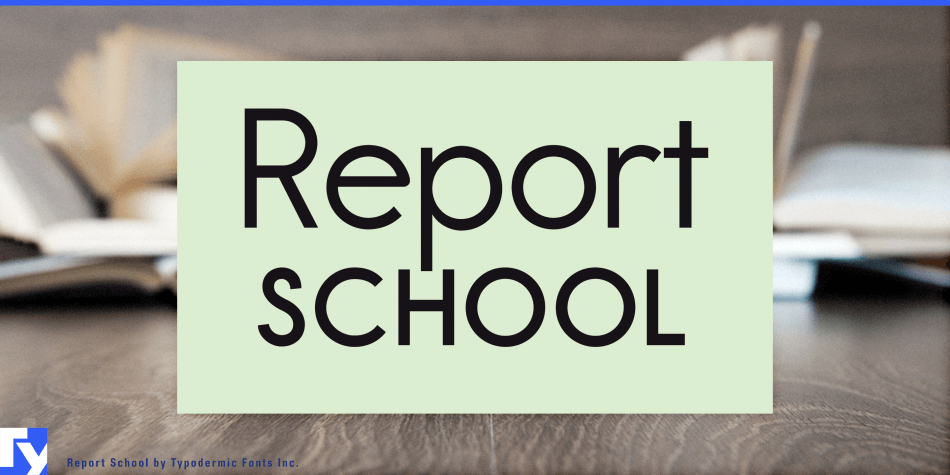 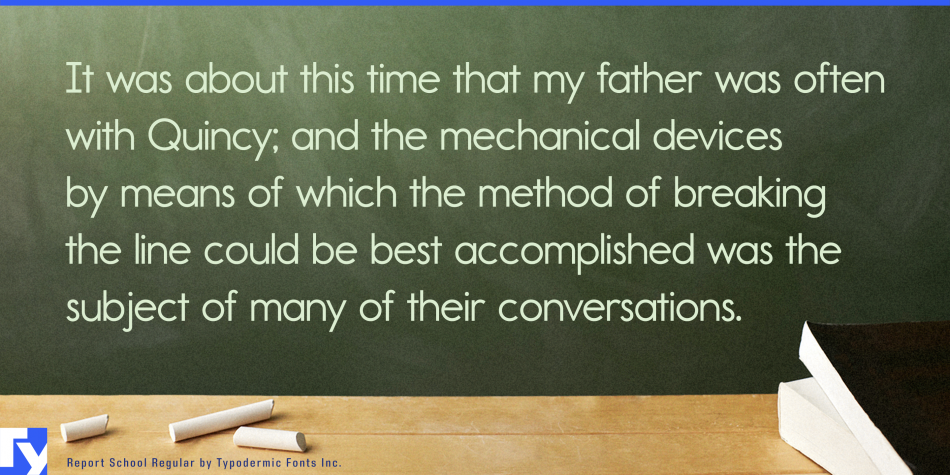 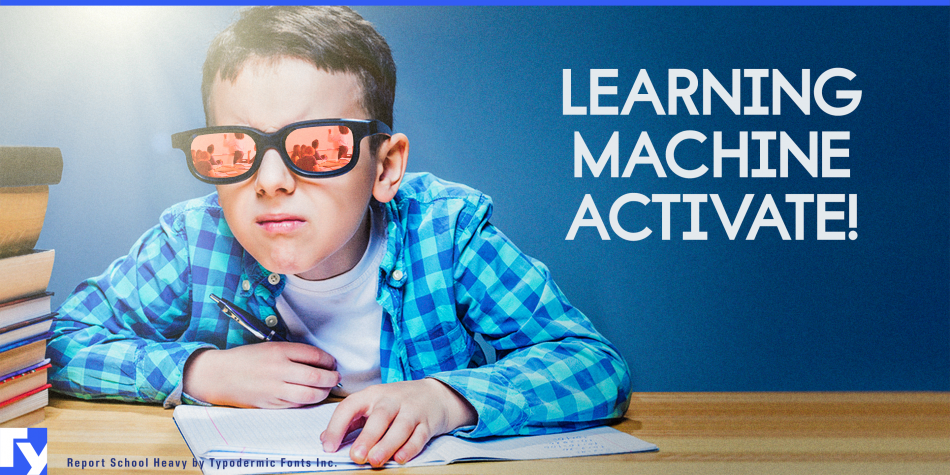 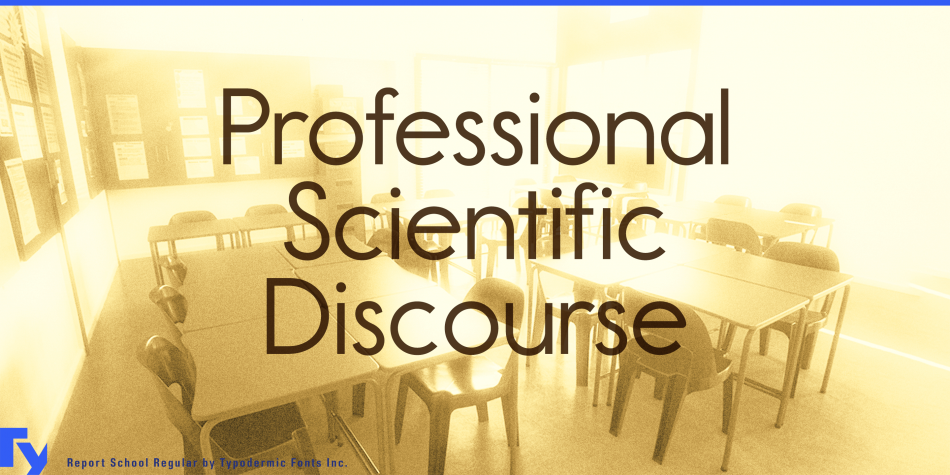 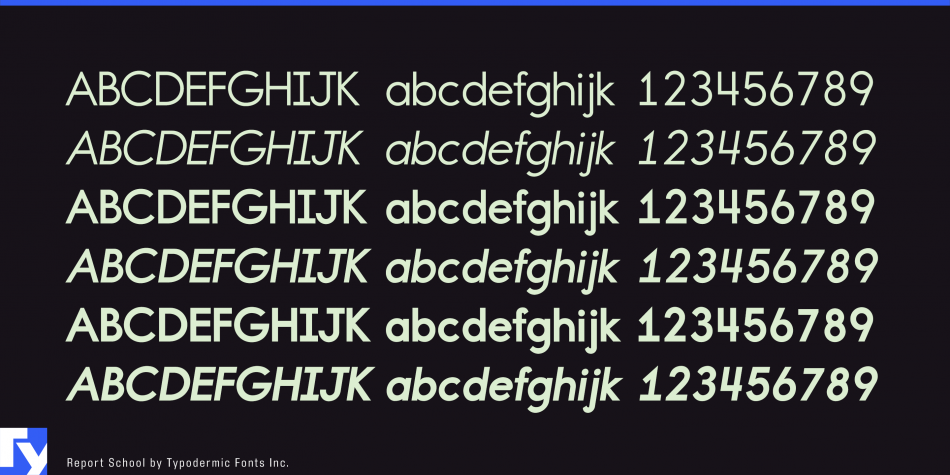 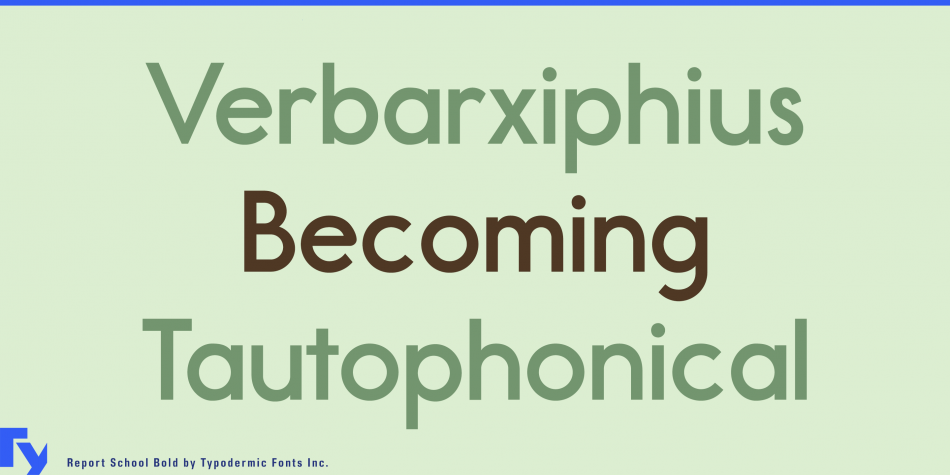 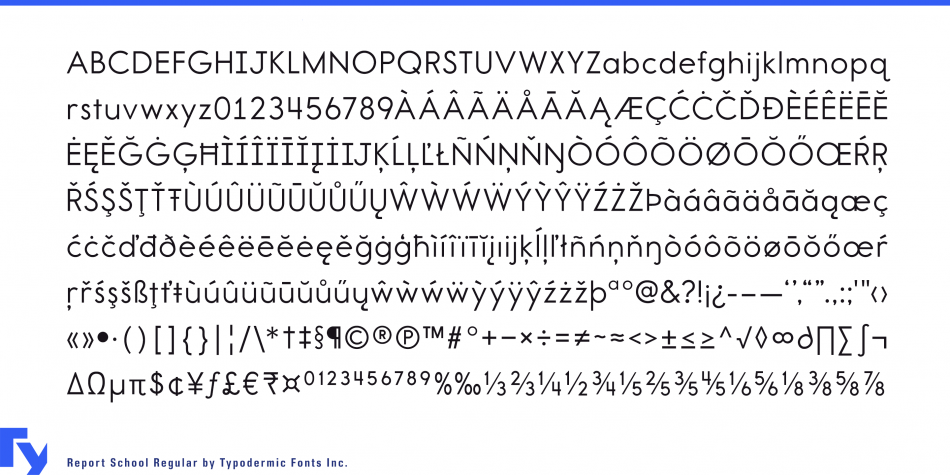 Report School is a sans serif font family. This typeface has six styles and was published by Typodermic Fonts Inc.

A six font family. This contains every font in the Report School Family.

Don’t use straight quotes for inches, feet or degrees; use primes. Report School has regular primes, double primes and triple primes. Numerals are tabular (vertically aligning) for easier math equation alignment. Other tabular characters include: parentheses, brackets, bar, Omega, pi, micro, Delta, asterisk, degree, percent and all math operators. The infinity and @ are a bit wider than a digit. Superior and inferior numerals are not tabular. If you’d like to use a slash instead of a standard division symbol, use the division slash. It’s the same width as a numerals and vertically aligned with numerals. If you need a blank space that’s exactly that same width as a numeral, use a “figure space”. (Unicode 2007)

Fractions and perthousand are exactly 1.5 digits wide. The new Indian rupee and Turkish lira currency symbols are included. In OpenType savvy applications such as InDesign, Illustrator or Photoshop, you can use the stylistic alternates feature access the letters I and J with no serifs as well as a straight lowercase q.

Also have a look at a rounded version called Report and something similar with casual strokes called Sweater School.