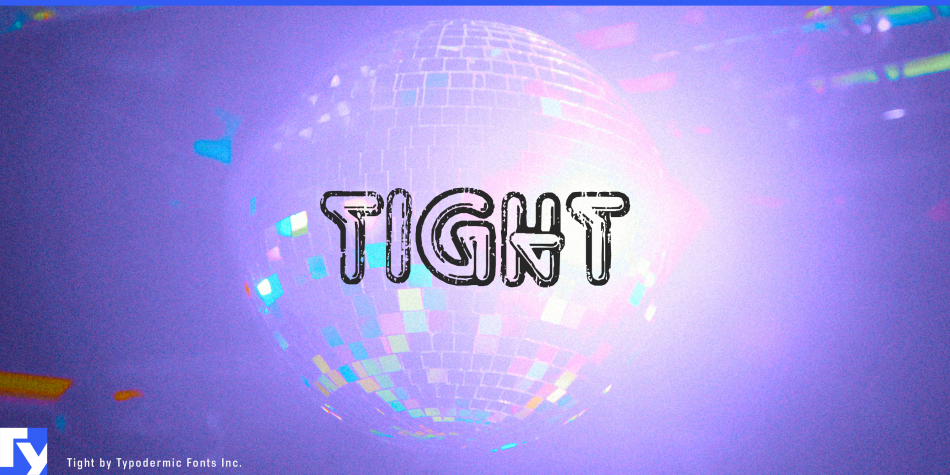 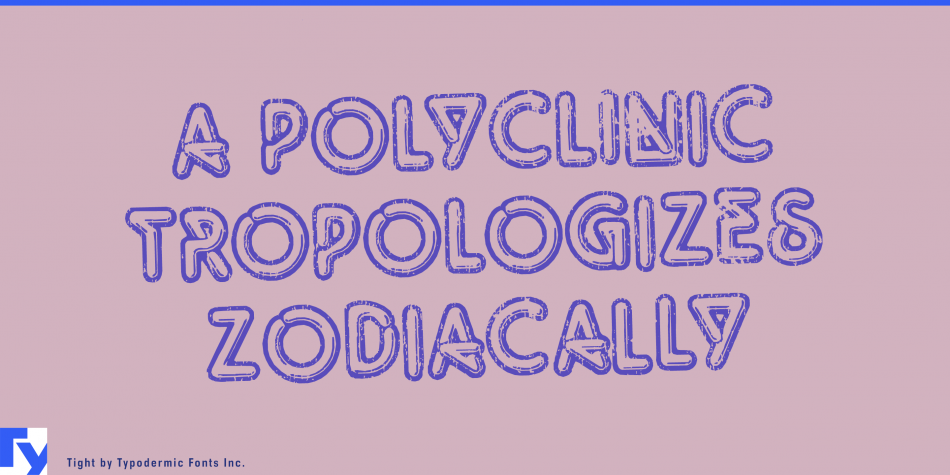 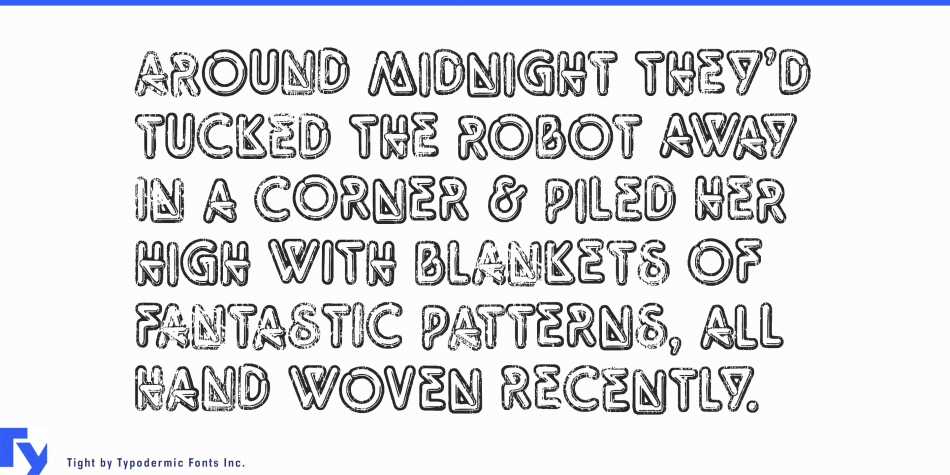 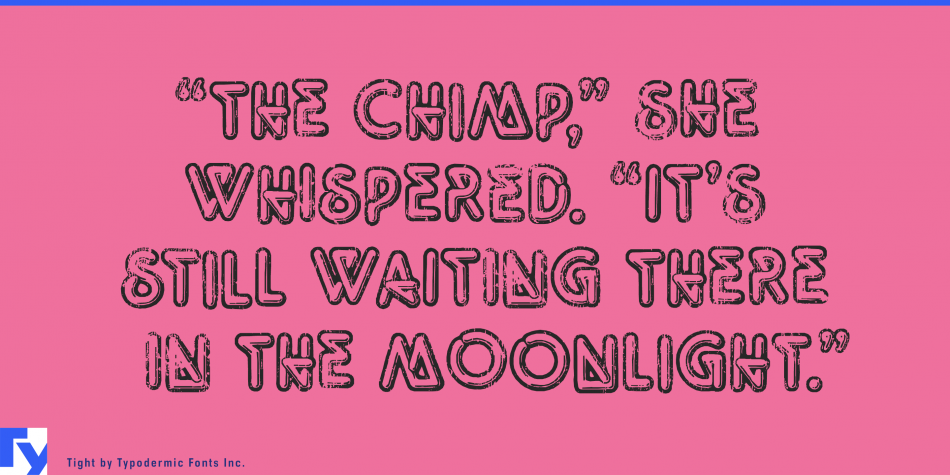 Tight is a display sans and novelty font published by Typodermic Fonts Inc.

The mid to late 1970s: an age of disco and more disco. In its day, disco was a relentless onslaught to at least three senses. Decades later, all is forgiven. Pretend to celebrate those wretched days with a vintage disco t-shirt font derived from old, screwed up samples of the Helvetica of disco: the fabulous Quicksilver, designed by Dean Morris.