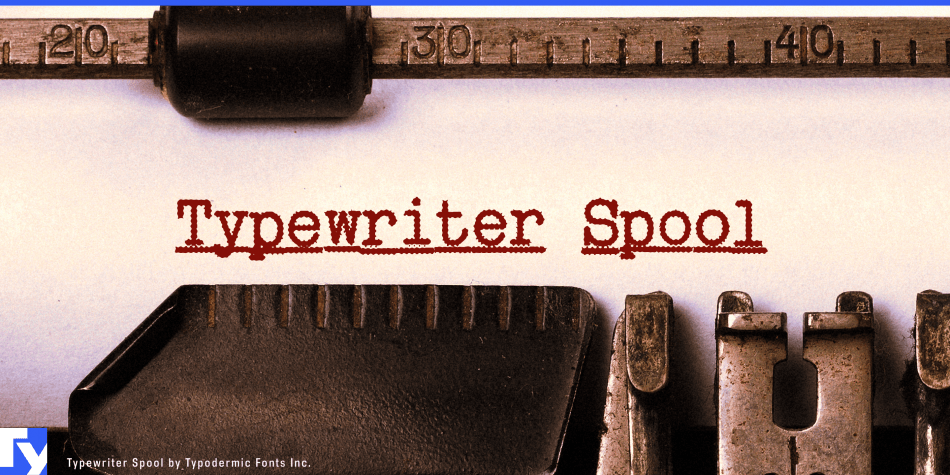 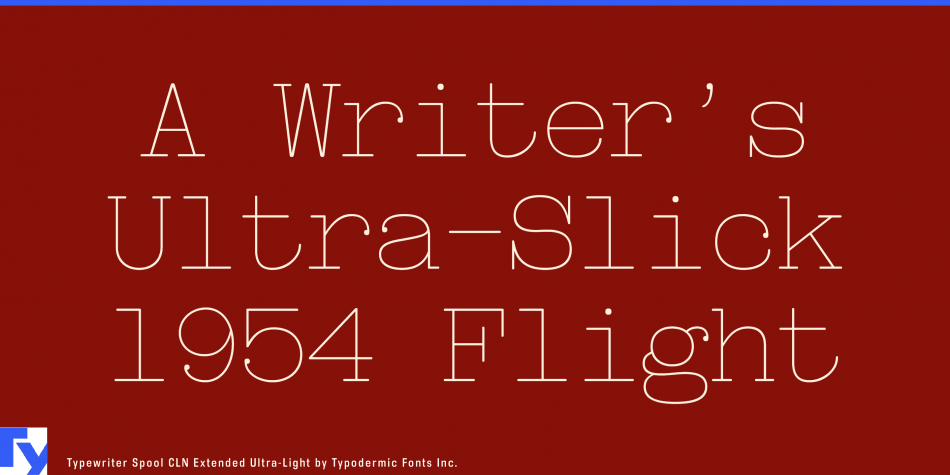 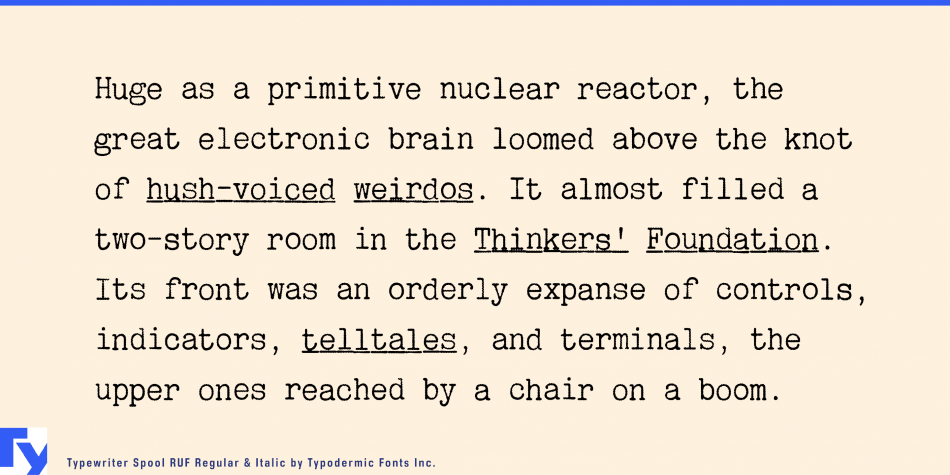 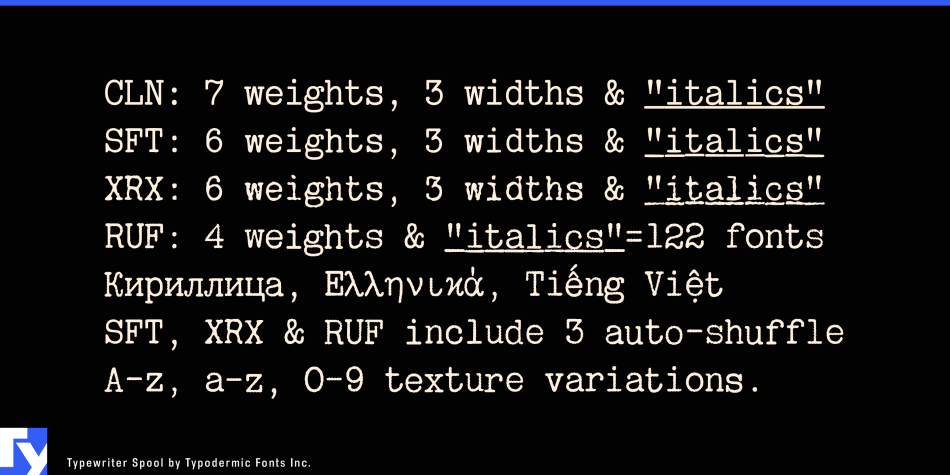 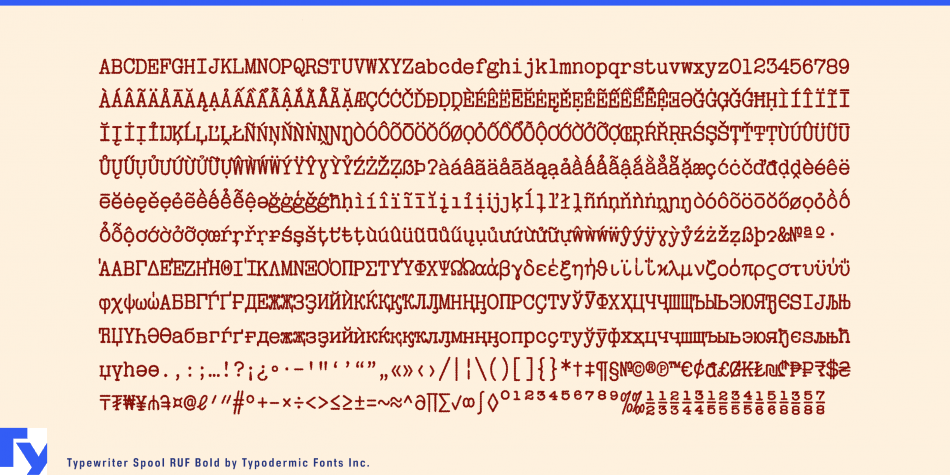 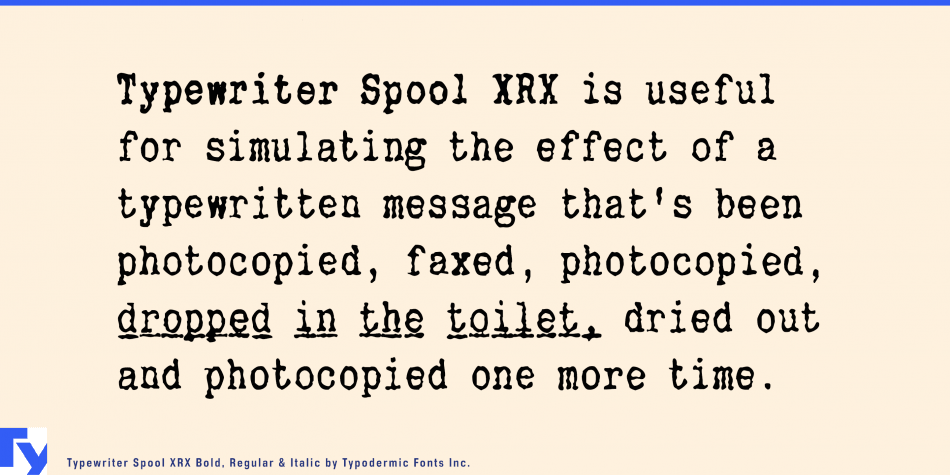 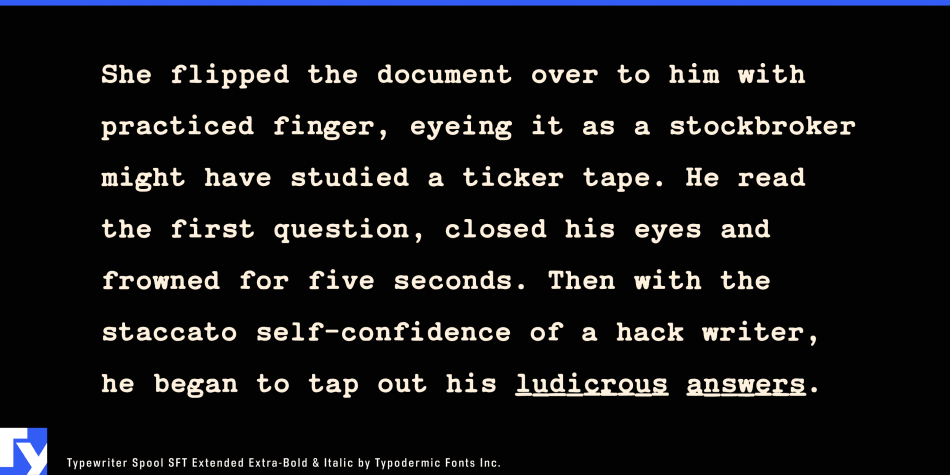 Designed by Ray Larabie, Typewriter Spool is a typewriter font family. This typeface has one hundred and twenty-two styles and was published by Typodermic Fonts Inc.