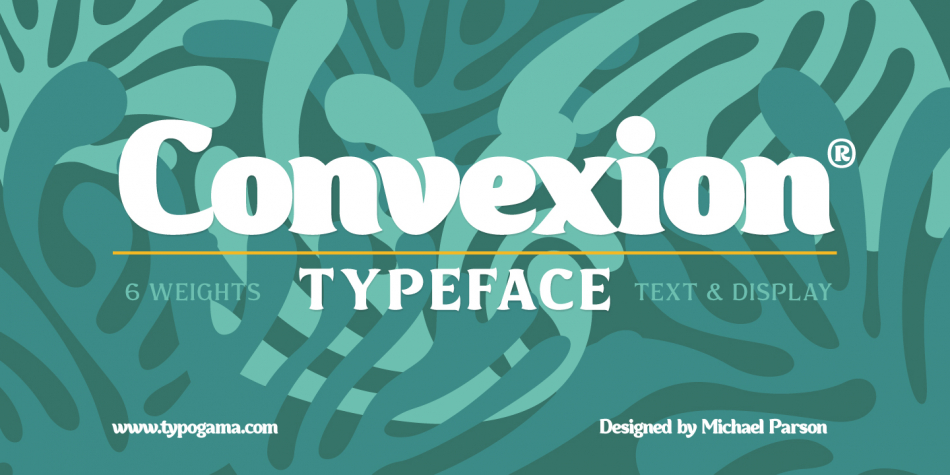 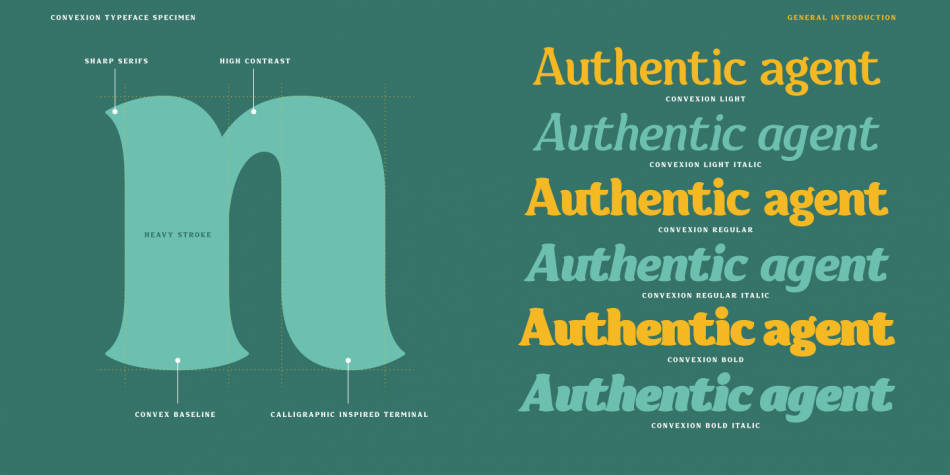 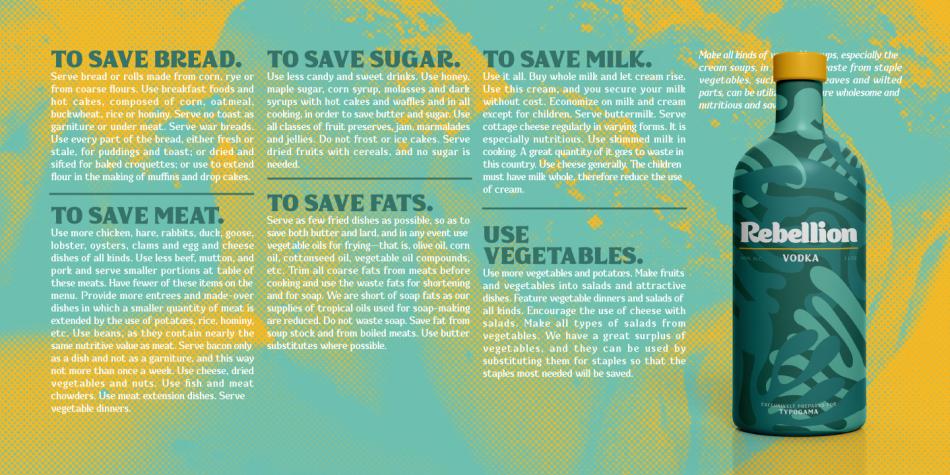 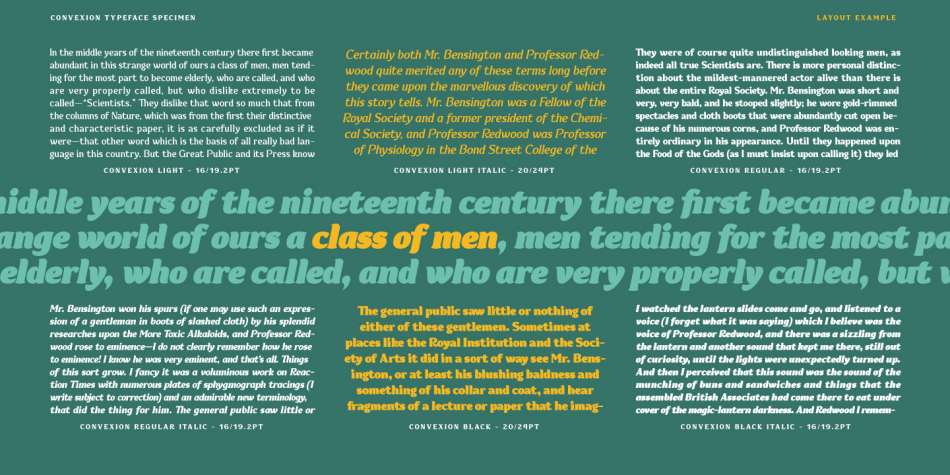 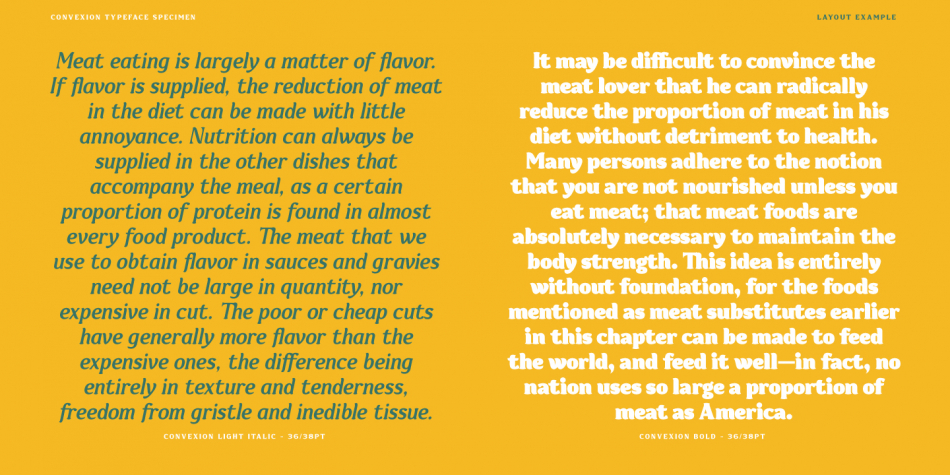 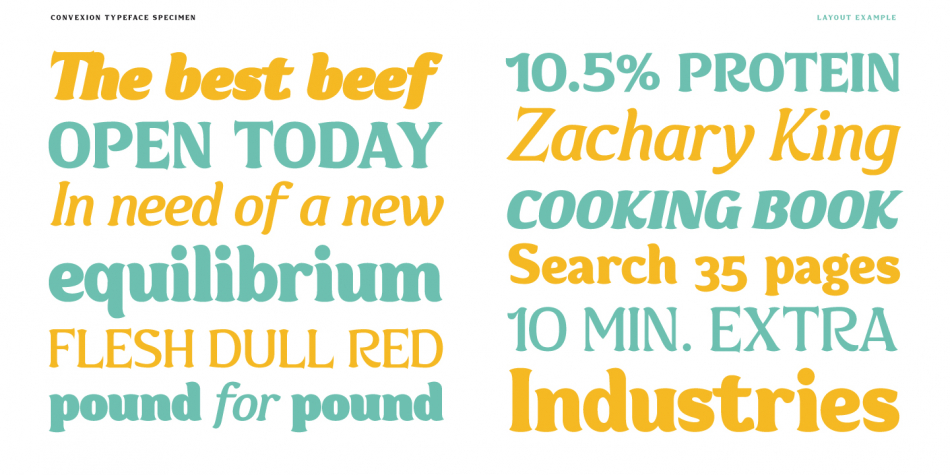 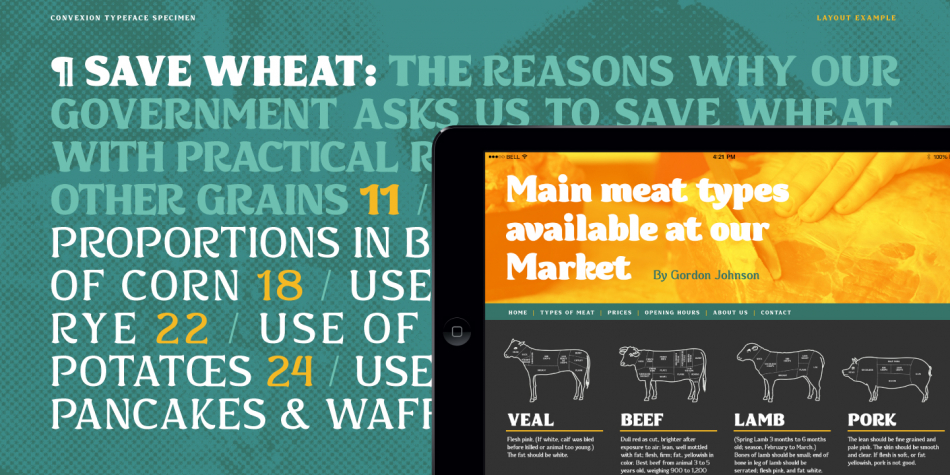 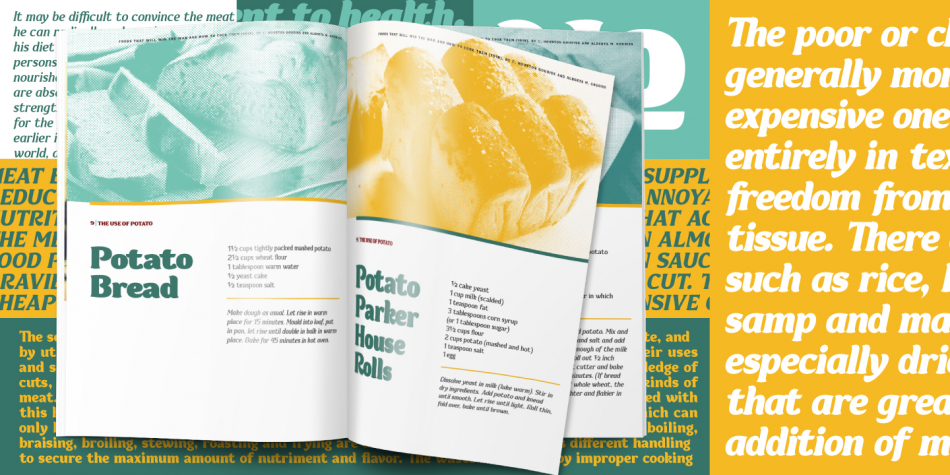 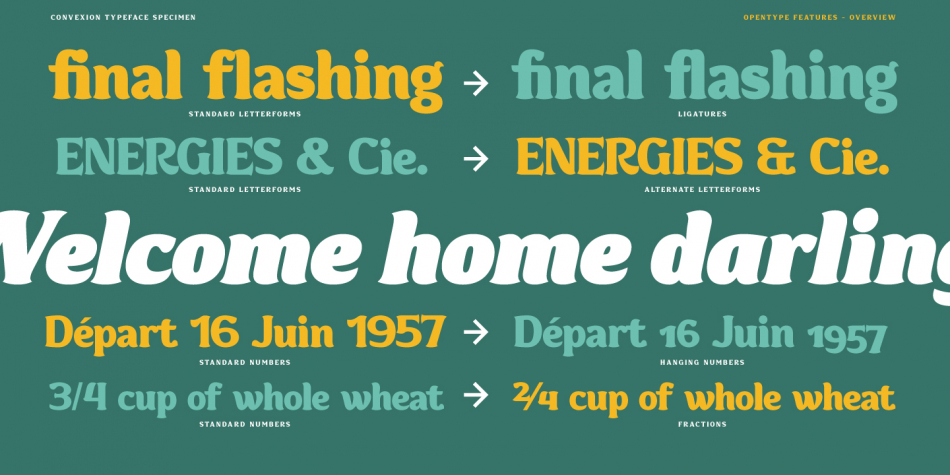 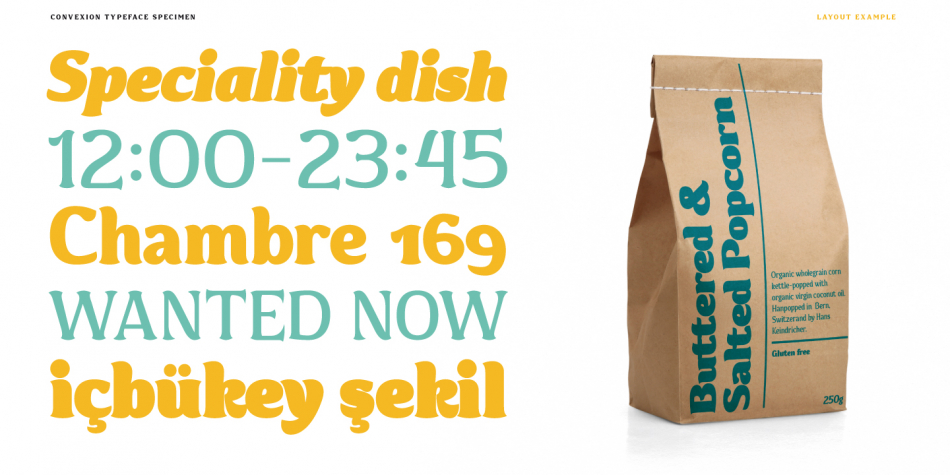 Designed by Michael Parson, Convexion is a display serif and serif font family. This typeface has six styles and was published by Typogama. 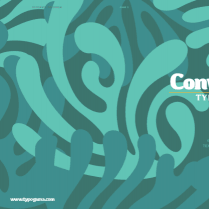 Designed as a versatile and functional family, Convexion is the result of a personal exploration into the use of convex forms in serif designs. It’s humanist form is inspired by a fusion of classical serif forms with the more expressive forms found in script lettering, to create a legible yet original typeface family. Consisting of 3 weights, with accompanying cursive inspired italics, this family is suited for a wide range of applications such as branding that will expose it’s defined personality or editorial design were it can be used for both display titles or text.

This family supports a range of Opentype features, offering multiple numeral styles, ligatures and other alternate glyphs. With an extended Latin glyph set, it will support most Latin based languages.