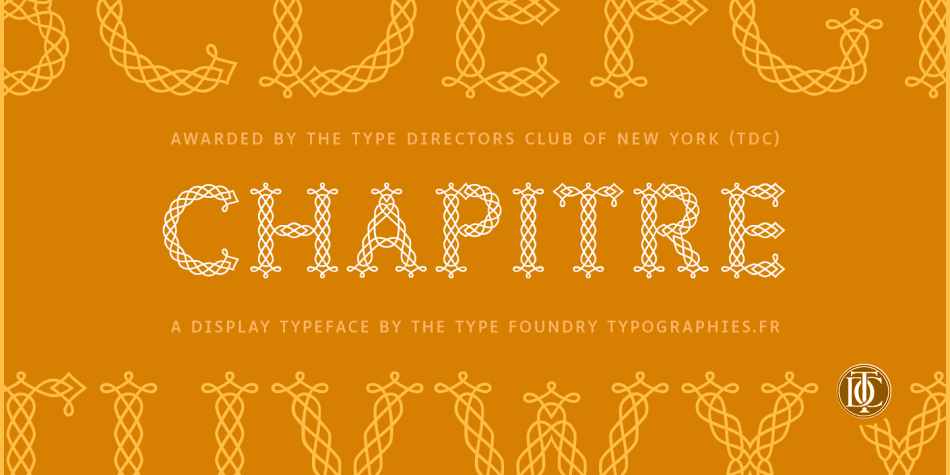 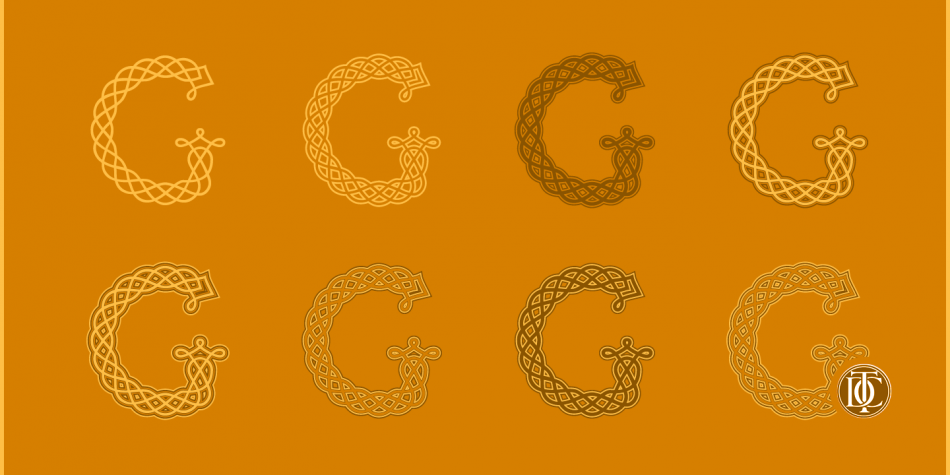 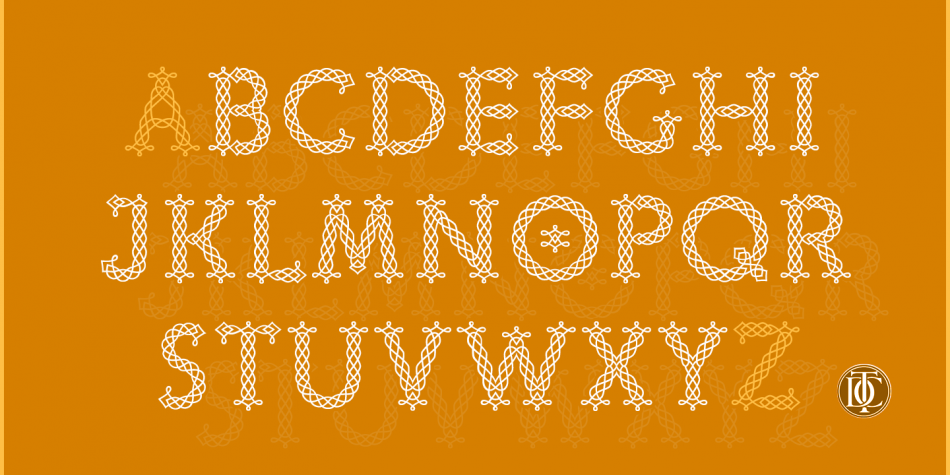 Chapitre is a novelty font published by typographies.fr. 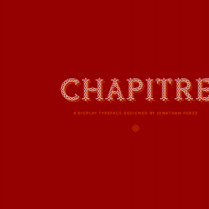 The typeface Chapitre is based on the principle of the endless knot, a symbol used particularly in Hinduism and Buddhism. As its name implies, an endless knot has no beginning and no end.
Similar ornaments and patterns can be found in many other cultures at different times in history: Early Christian Ethiopian frescoes and bas-reliefs, Irish and Anglo-Saxon illuminations of the Middle Ages, Girih in Islamic art in the 11th and 12th centuries or Flemish calligraphy of the 17th century.