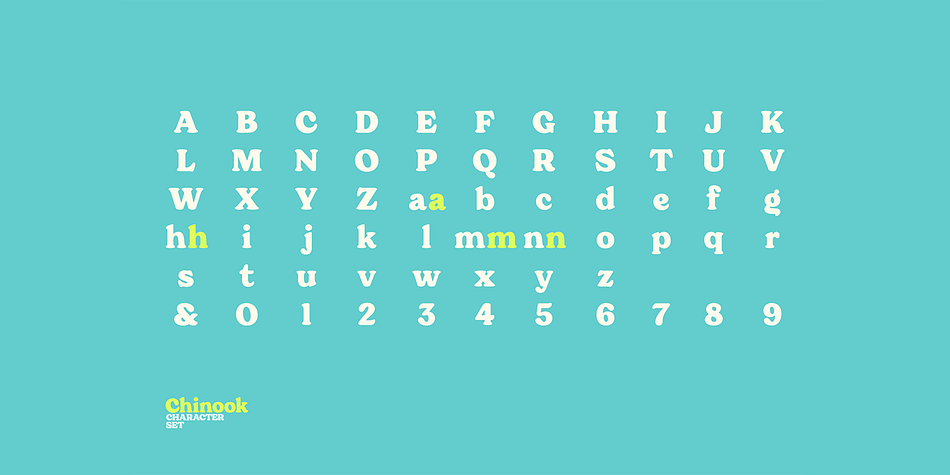 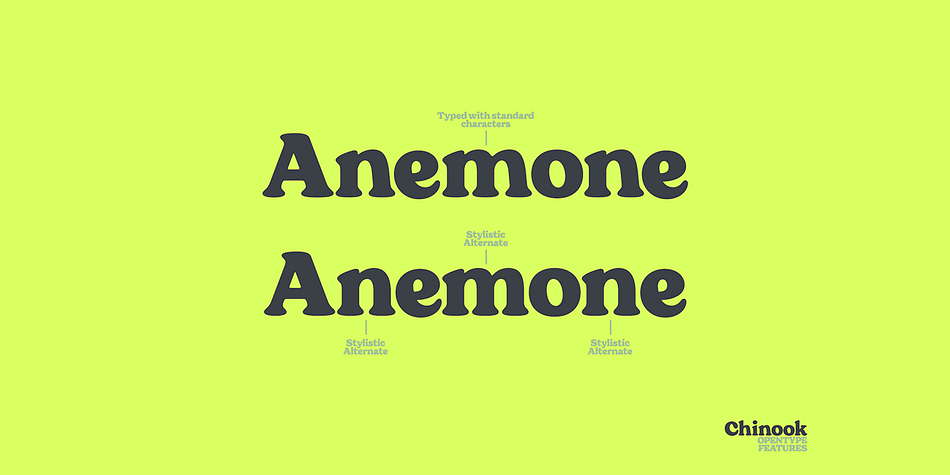 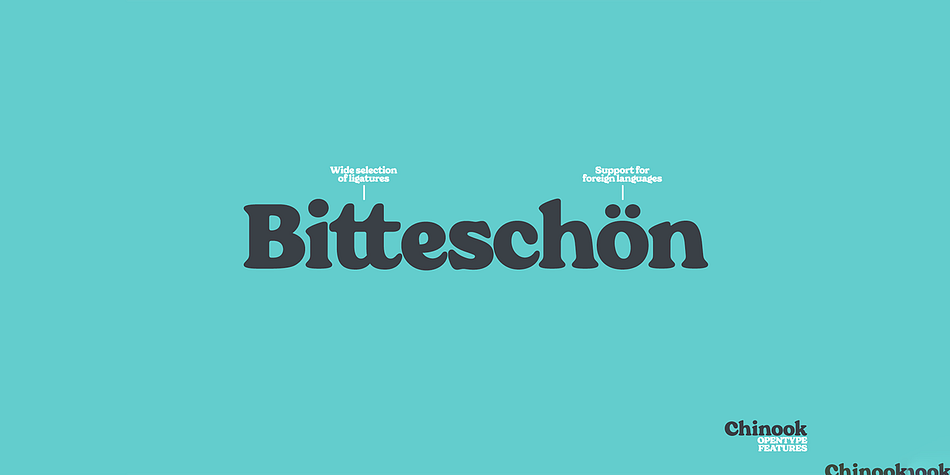 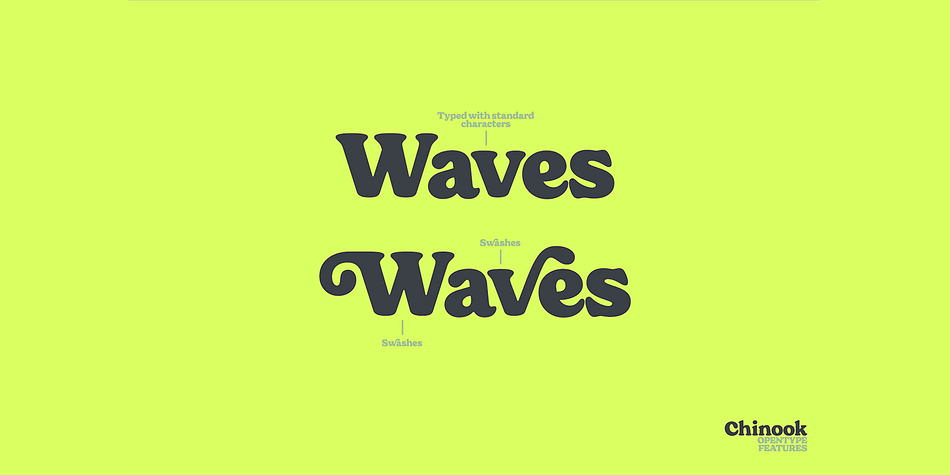 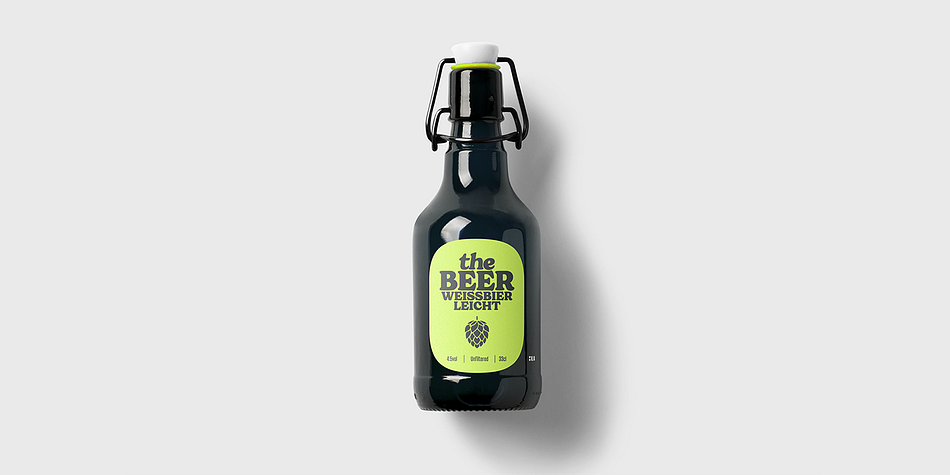 Chinook has been designed as an homage to the iconic chunky look of the Italian movie titling from the 70s and 80s. Despite its vintage flair, our sturdy display font is perfectly adaptable for any contemporary context with its balanced and soft text typesetting.

This project is obviously influenced by the everlasting classic “Cooper Black”, but includes more modern letter shapes, with rounded serifs and a fluffy overall appearance.

The heavy appearance makes this font ideal for high-impact design, such as headlines, titling, branding, and logotype.

Thanks for viewing, Unio.