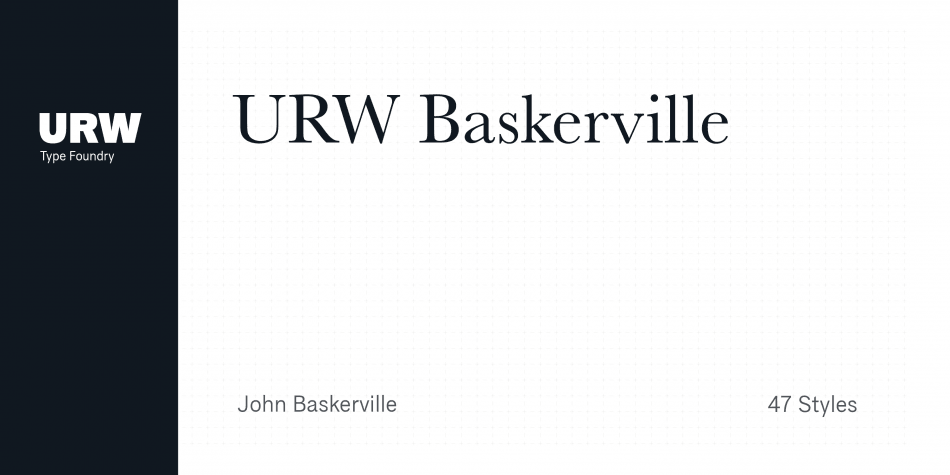 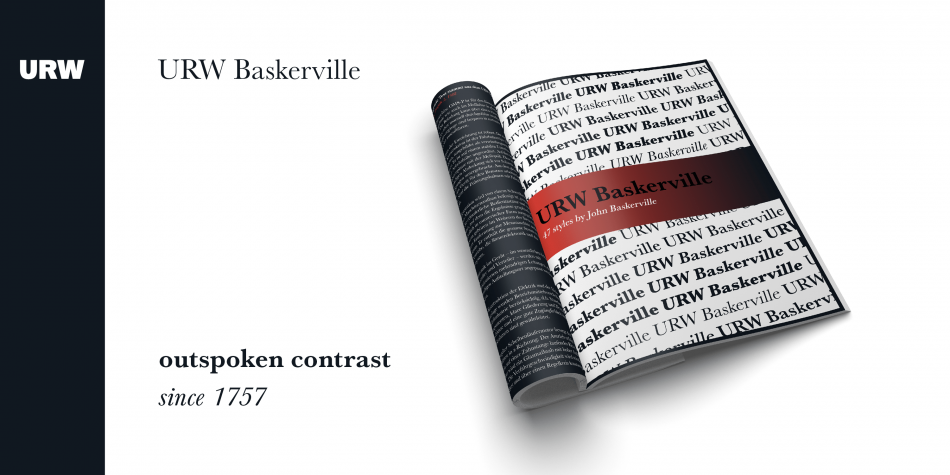 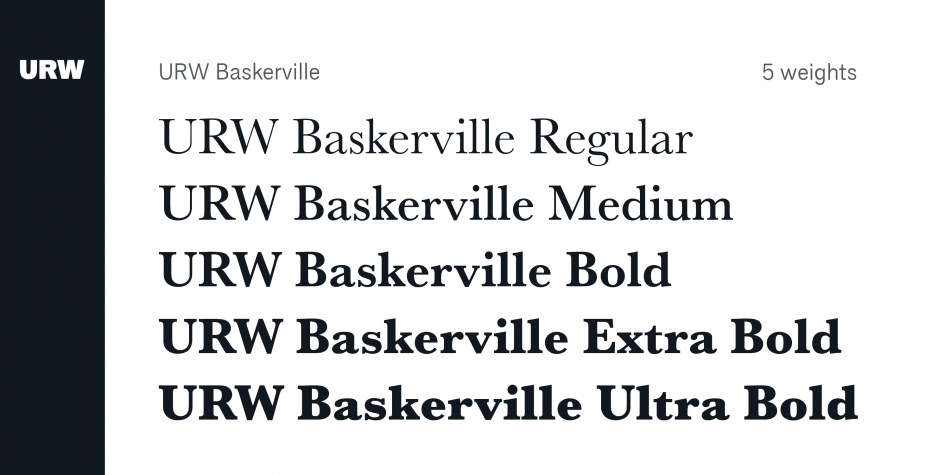 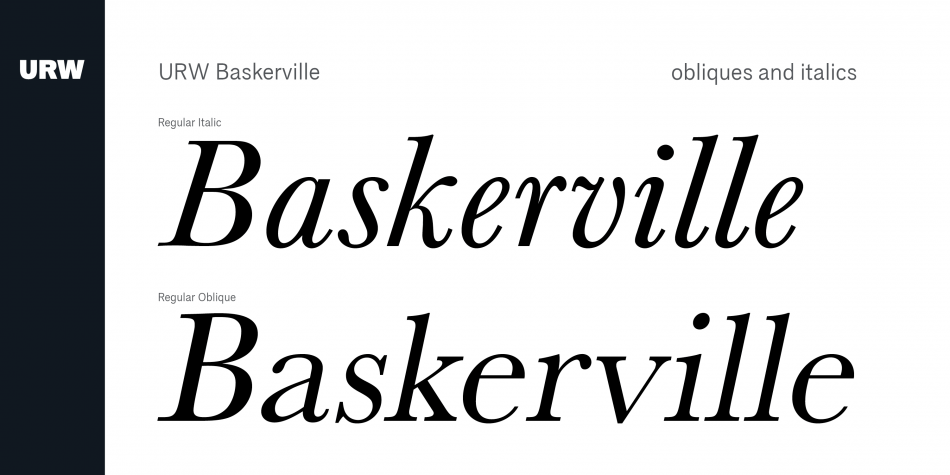 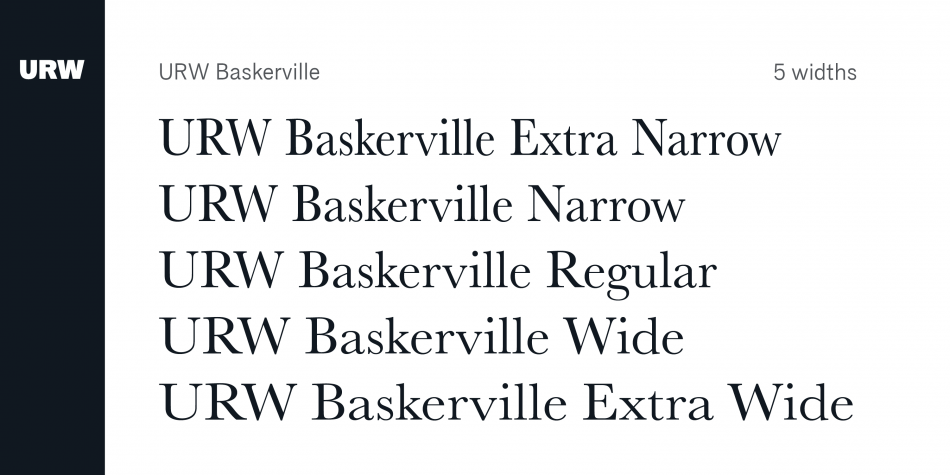 Designed by John Baskerville, URW Baskerville is a serif font family. This typeface has forty-seven styles and was published by URW Type Foundry.

Baskerville was originally designed by John Baskerville on 1757. An outspoken contrast between the thick and thin strokes, combined with a vertical position of the axis result in an improved legibility.

Other typical characteristics of Baskerville are the distinctive swash tail on the uppercase Q and the cursive serifs in Baskerville Oblique. Baskerville was regarded to be a technical milestone and is an important reference to later designed Didone typefaces.

URW Baskerville includes 51 styles which makes it the most comprehensive Baskerville typeface ever. Besides the regular width it includes Narrow, Extra Narrow, Wide and Extra Wide versions.