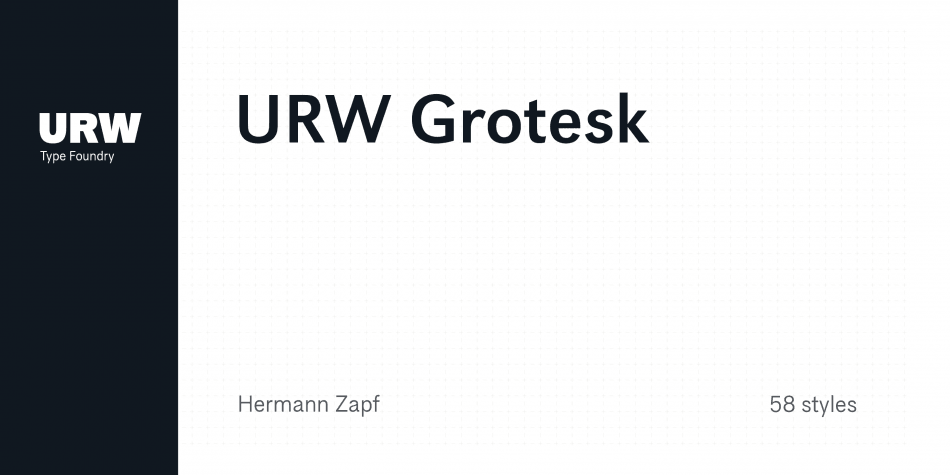 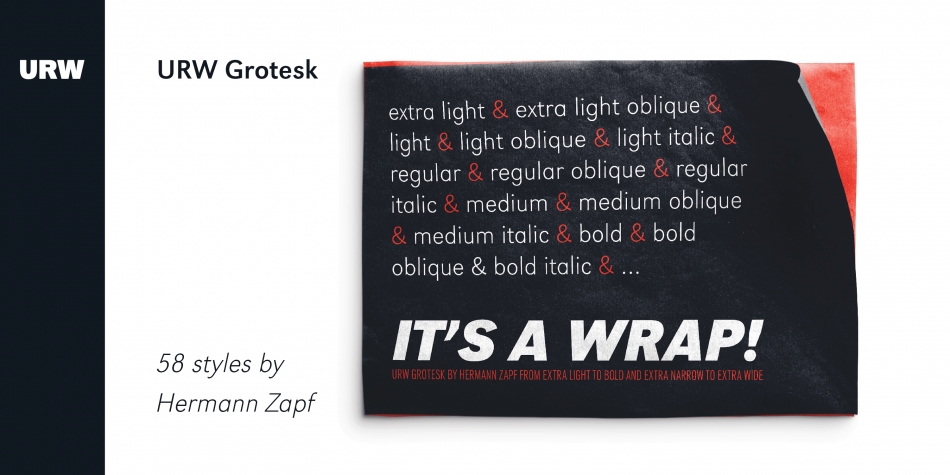 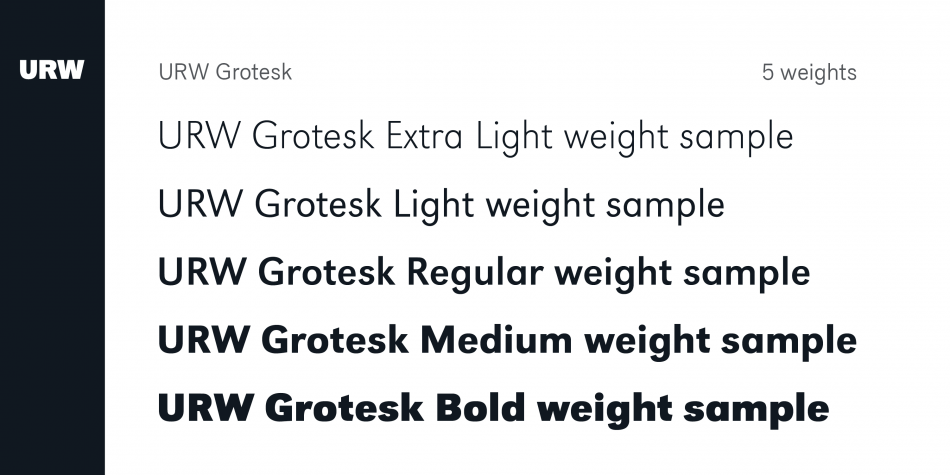 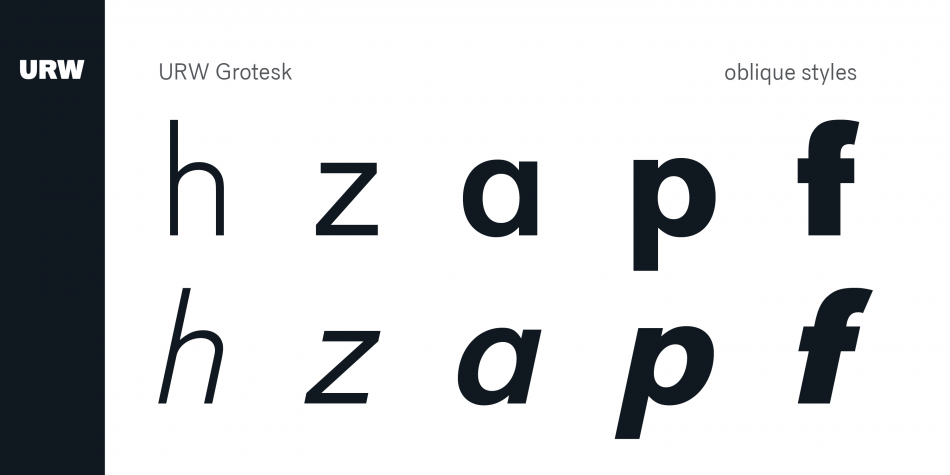 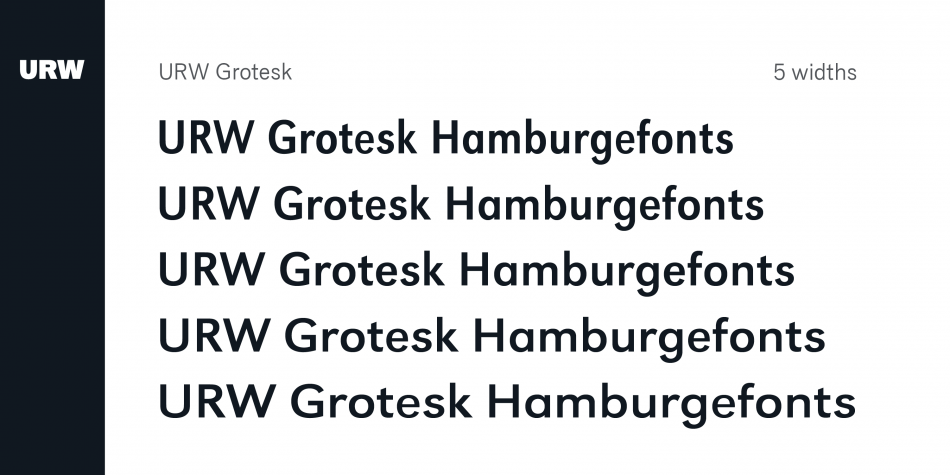 Designed by Hermann Zapf, URW Grotesk is a display sans and sans serif font family. This typeface has fifty-nine styles and was published by URW Type Foundry.

URW Grotesk was designed exclusively for URW by Prof. Hermann Zapf in 1985, together with URW Antiqua. At that time, we were working with a large German publishing house (Axel Springer) on type design solutions to replace certain of their newspaper fonts. Test pages of large German newspapers (e.g. Bild) were printed with URW Grotesk and URW Antiqua font families. For reasons not disclosed to us, the project was dropped and Springer never used URW Grotesk and URW Antiqua for that purpose.

Zapf’s intention for the two typefaces was to design two harmonizing, highly legible, open and classic fonts that could be used for any kind of typography, especially books, newspapers, magazines, etc.

However, we realized later on, that URW Grotesk is also very well suited for electronic publishing like for example web embedding, apps and alike. It’s open forms and generous character render very well at low and medium resolution, at high resolution anyway.

Later on, URW Grotesk as well as URW Antiqua were expanded at URW’s type design studio utilizing the full power of the IKARUS software as two out of ten URW proprietary super families with 50 or more styles.

Today, URW Antiqua as well as URW Grotesk are amongst the most popular URW fonts. This does not come by accident or luck but by design work created by the most important and significant German type designer and calligrapher of the 20th century.