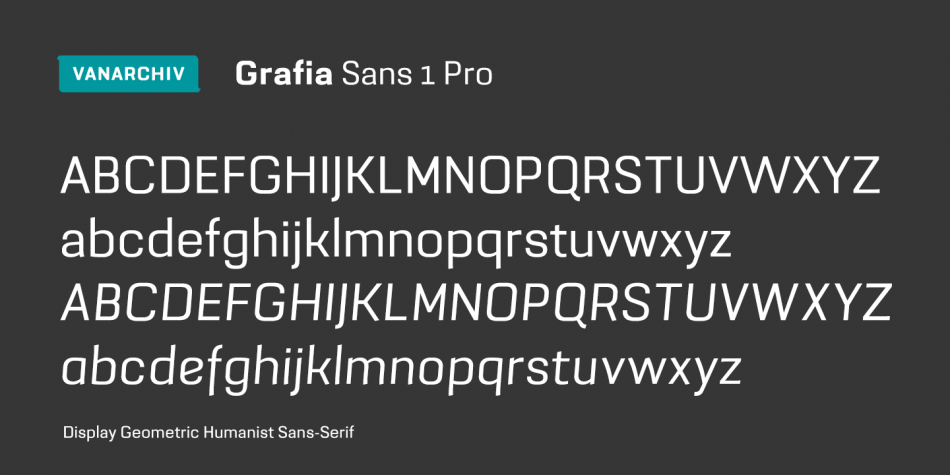 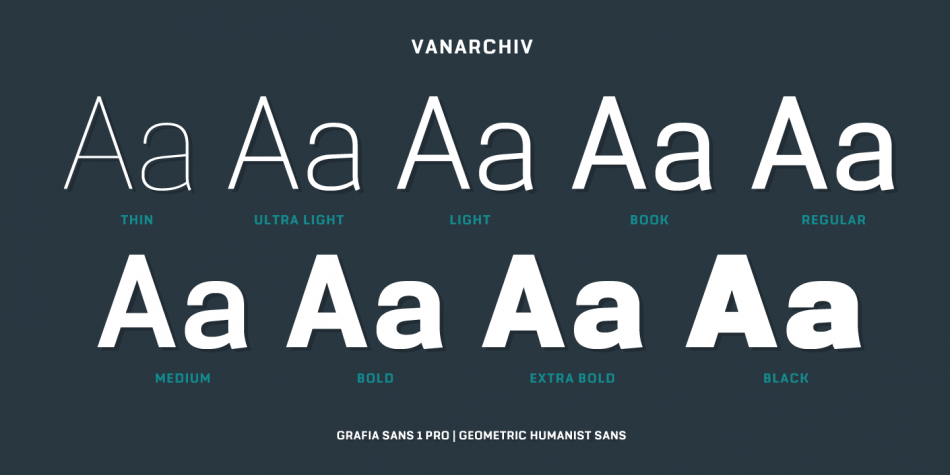 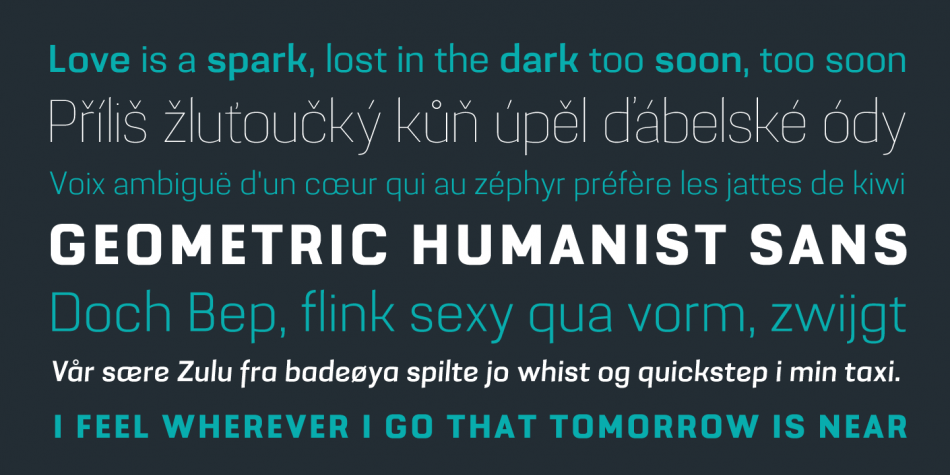 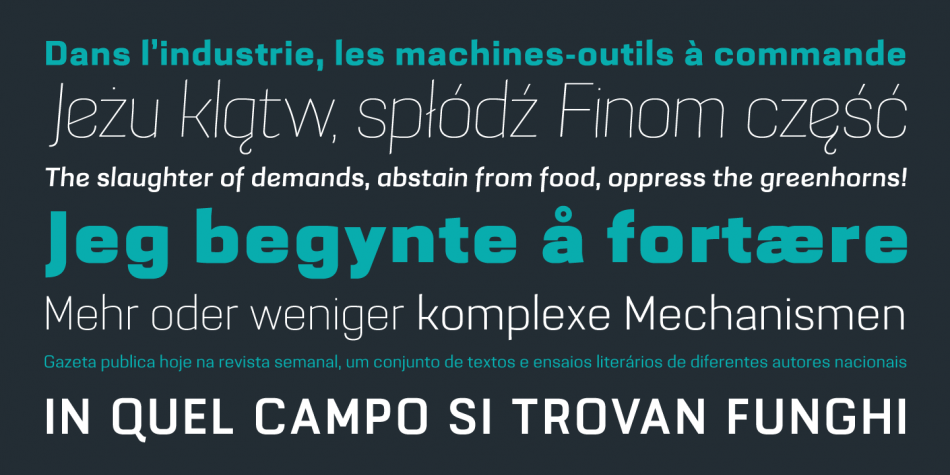 Grafia Sans 1 Pro is a sans serif font family. This typeface has eighteen styles and was published by Vanarchiv. 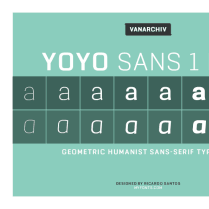 Grafia Sans 1 Pro is a geometric humanist sans-serif with close terminals, which was originally designed as a custom brand typeface for the YoYo studio (Barcelona) 2005. Originally the YOYO studio used Helvetica on there own branding and they wanted to maintain the same typographic neutral atmosphere.

After all these years, this typeface family was redesigned and finished to be published. This typeface has display proportions and a few typographic contrasts. The italics have a slightly skewed angle of five degrees and the letterforms are more narrow than the plain versions.

There are other typefaces which influenced this model besides Helvetica, like DIN, Eurostyle and Univers.