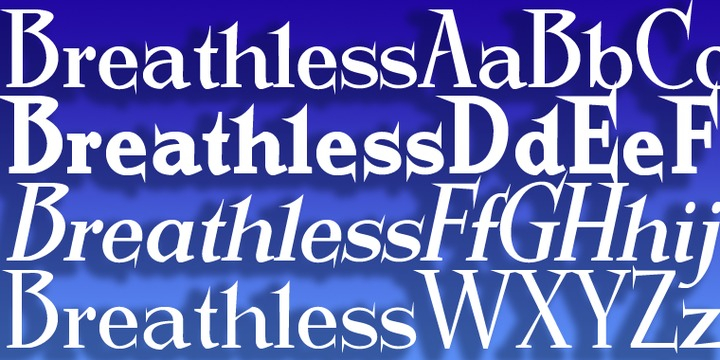 Designed by Gert Wiescher, Breathless is a display serif font family. This typeface has four styles and was published by Wiescher-Design.

A four font family. This contains every font in the Breathless Family.

Breathless was inspired by movie posters of the Nouvelle Vague era when Jean Seberg and Jean-Paul Belmondo were young and films where in black and white. So I named this very spiky affair after that phantastic movie of my youth A bout des souffle or like it was called in English, Breathless.