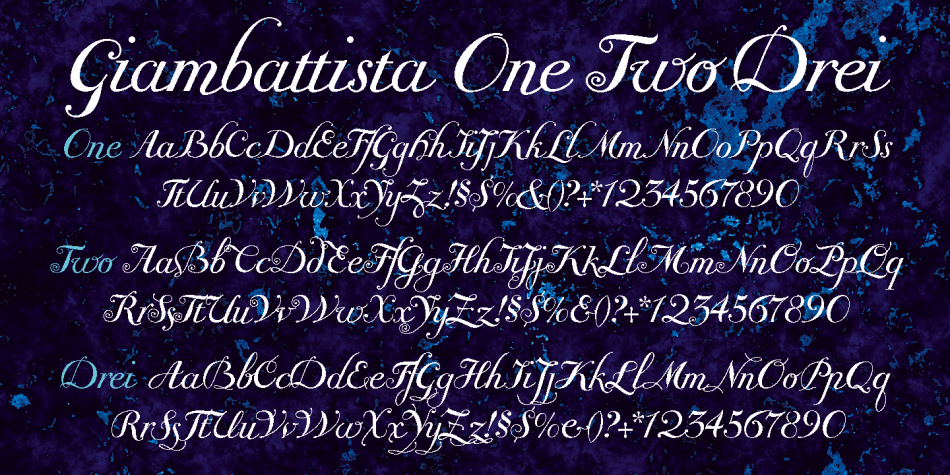 Designed by Gert Wiescher, Giambattista is a script font family. This typeface has three styles and was published by Wiescher-Design.

Giambattista is a long-time project of mine finally come to an end.

After redesigning all of Giambattista Bodoni’s work and then some additional cuts I started a long time ago with this Non-Bodoni Bodoni.

The idea came to me while redesigning the original Chancellerosa (chancery). I thought Bodoni just didn’t have the right approach to a chancery, this was just not his cup of tea! Maybe that is why he never used the Chancellerosa very much for his own printshop in Parma. So I thought someone has to design a script, that looks like Bodoni could have designed it but is more lively than his.

Over the years I have been working on and off on the face and it turned out to become three typefaces which can be freely mixed. Here is my modern version of a script in the style of Giambattista, meant as an hommage, I called it Giambattista.