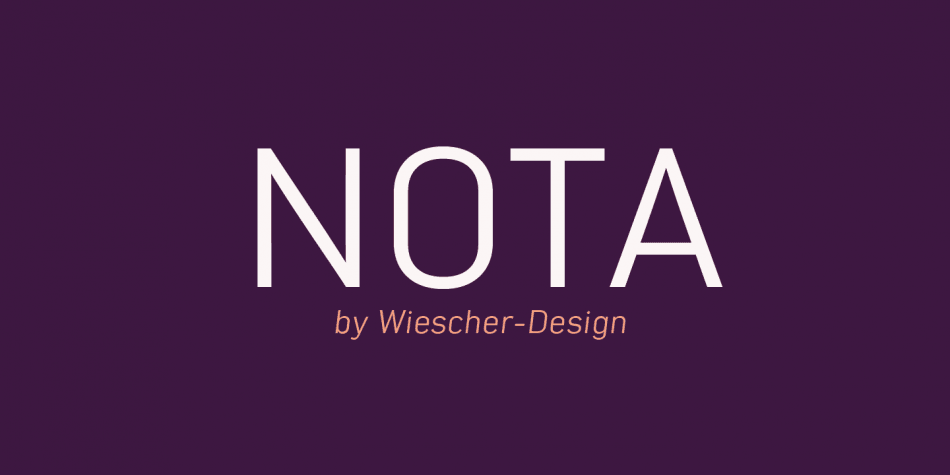 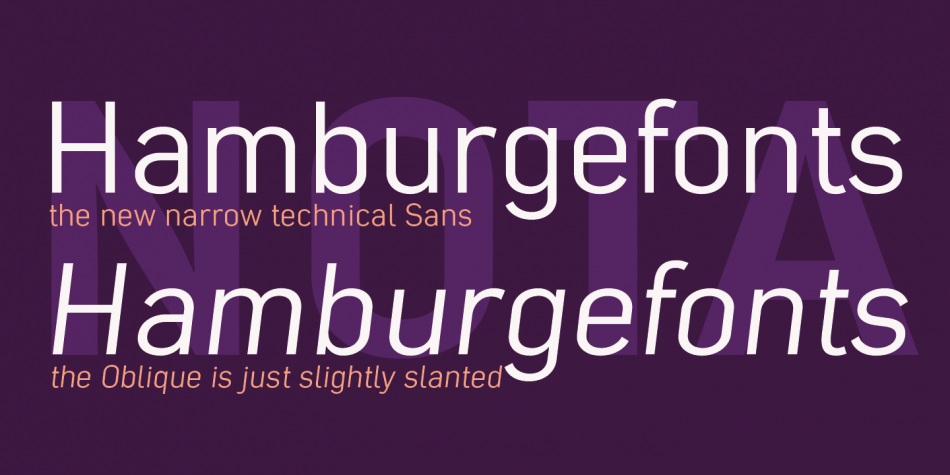 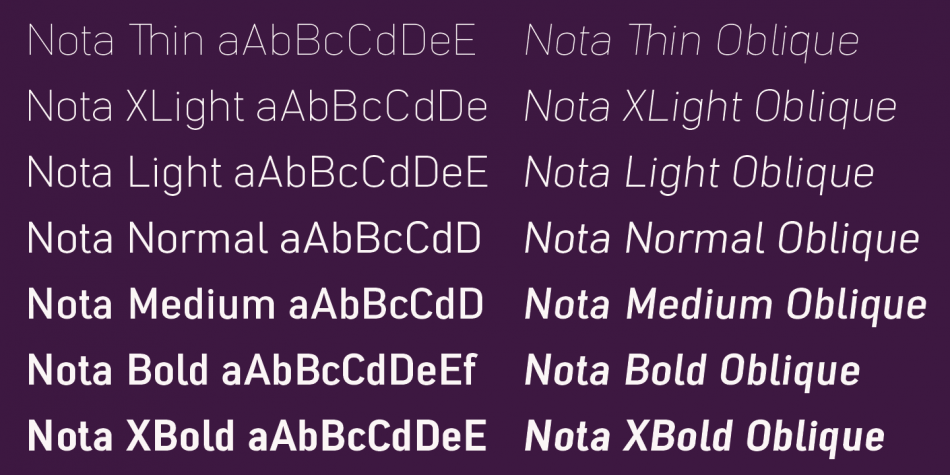 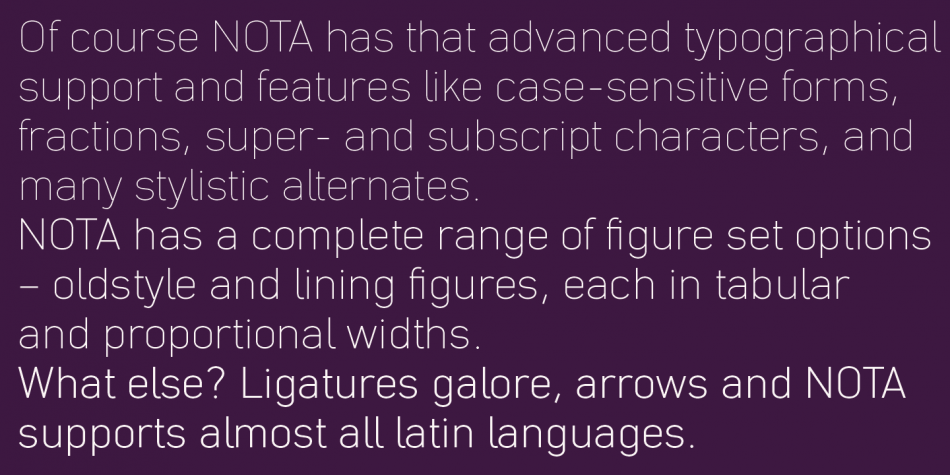 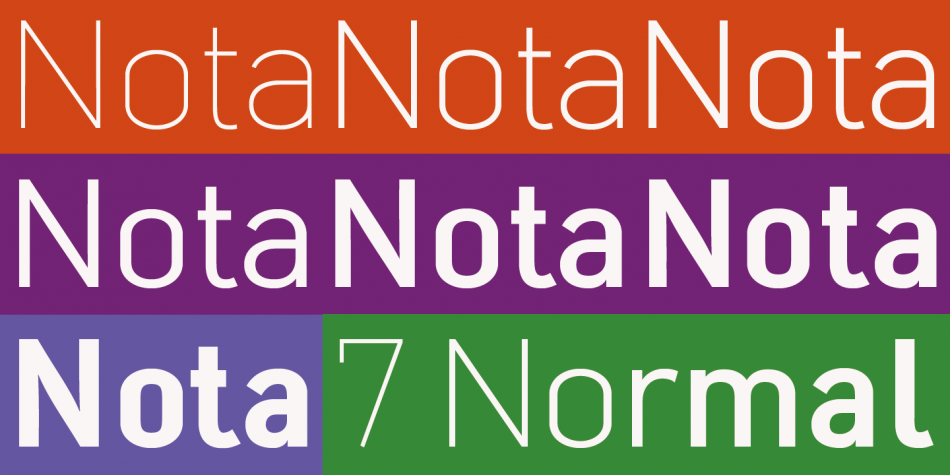 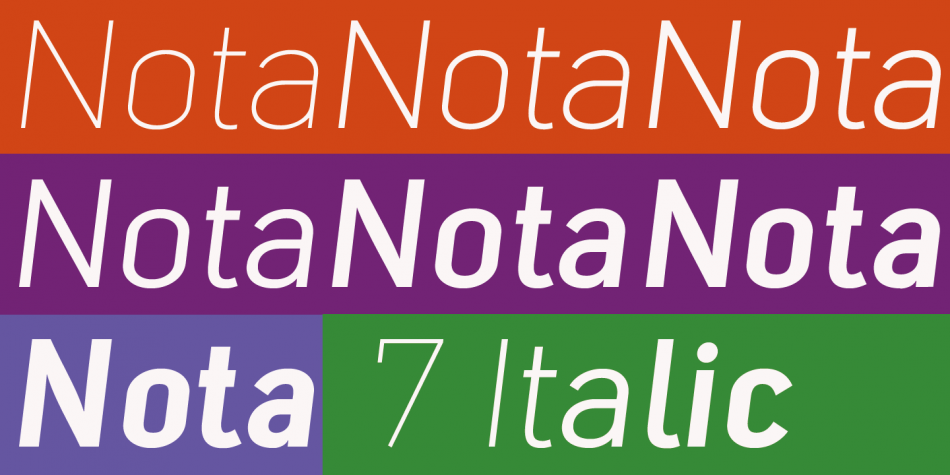 Nota is a sans serif font family. This typeface has fourteen styles and was published by Wiescher-Design. 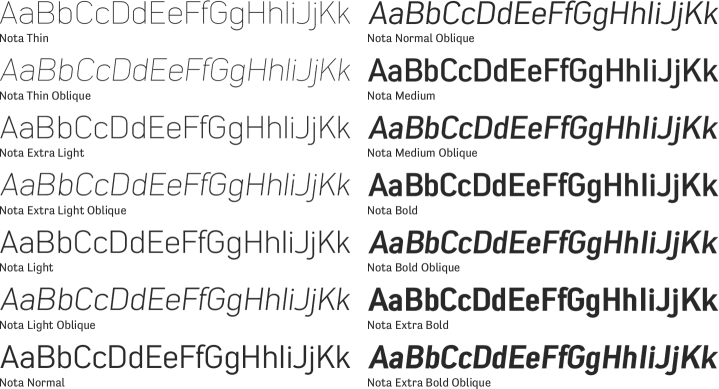 A fourteen font family. This contains every font in the Nota Family.

Nota is a new, narrow, technical font– designed by Gert Wiescher in 2014 and 2015 – has 7 weights with corresponding oblique cuts. Nota is well suited for advertising, logo, billboards, small text, signage, branding, packaging, editorial, posters, web and screen design. Nota is an OpenType family for professional typography with an extended character set of over 700 glyphs and extensive kerning. It supports more than 40 Central- and Eastern-European as well as many Western languages. Ligatures, different figures, fractions, currency symbols and small caps can be found in all cuts.