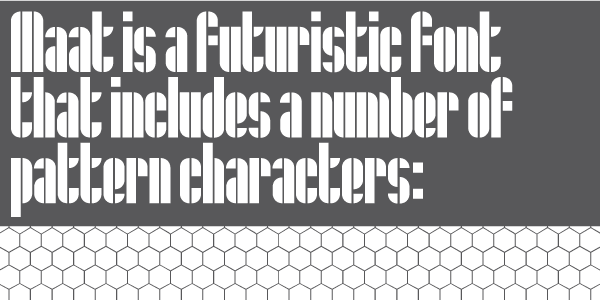 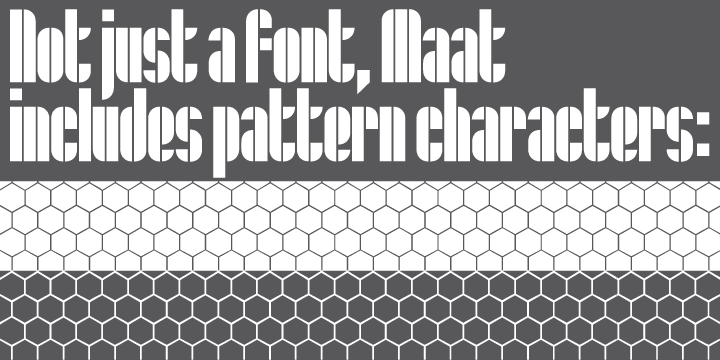 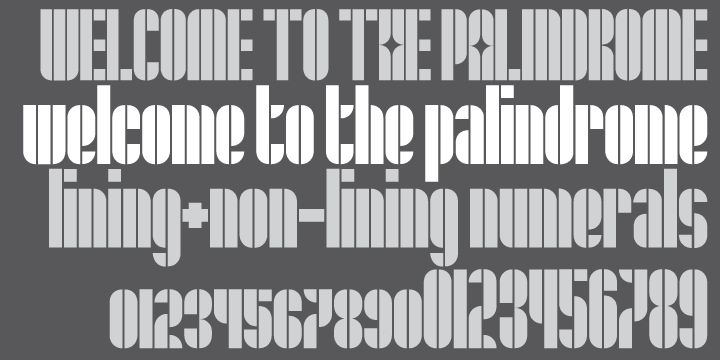 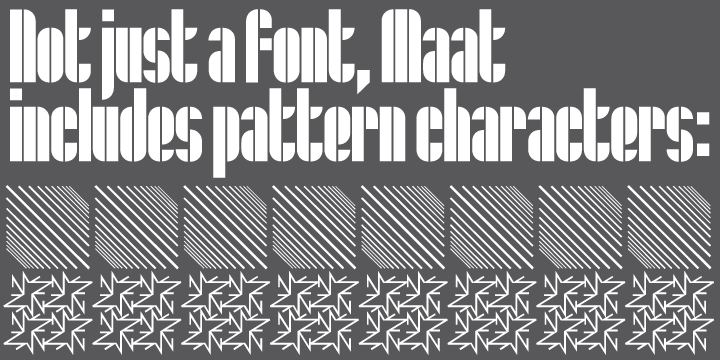 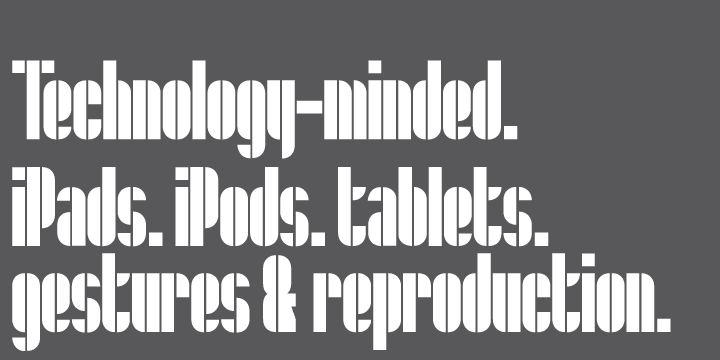 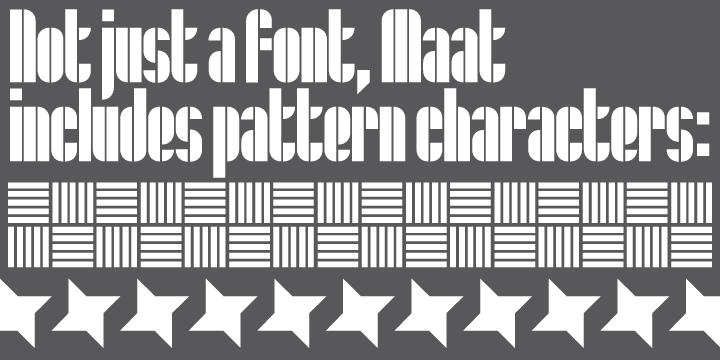 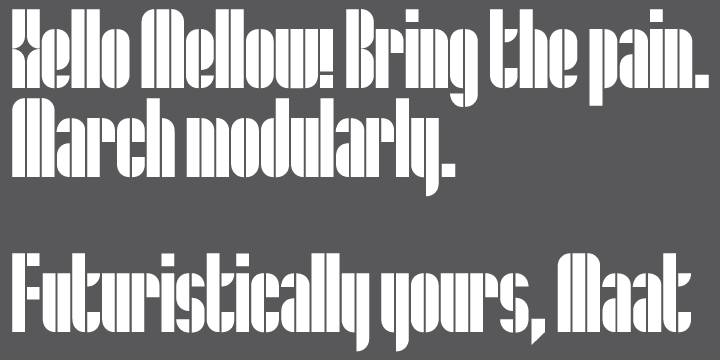 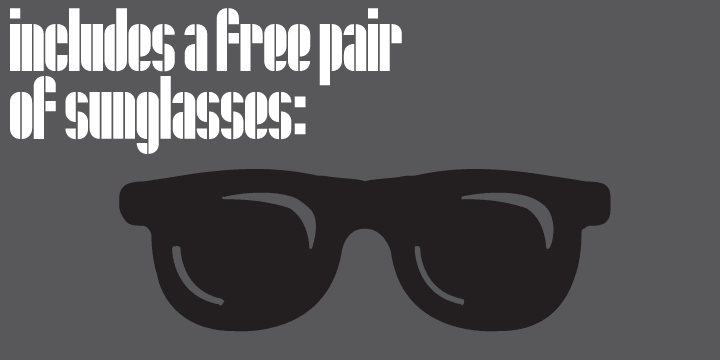 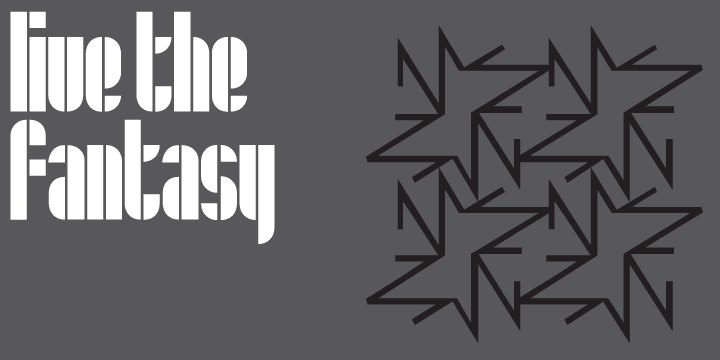 Maat is a retro and stencil font published by Wordshape.

Maat is a modular geometric stencil display font that includes a number of modular pattern characters, and can be used to create designs that echo early Modernism by merely applying letters, patterns and color.

Maat is a loose interpretation of a hand lettered alphabet by the late Dutch designer Jurrian Schrofer called Sans Serious which was included in Wim Crouwel’s publication Letters of Maat. It is inflected with a bit of influence from British designer Ken Garland’s similar lettering form the cover of his textbook, The Graphics Handbook. Maat derives its name from the title of Couwel’s booklet.