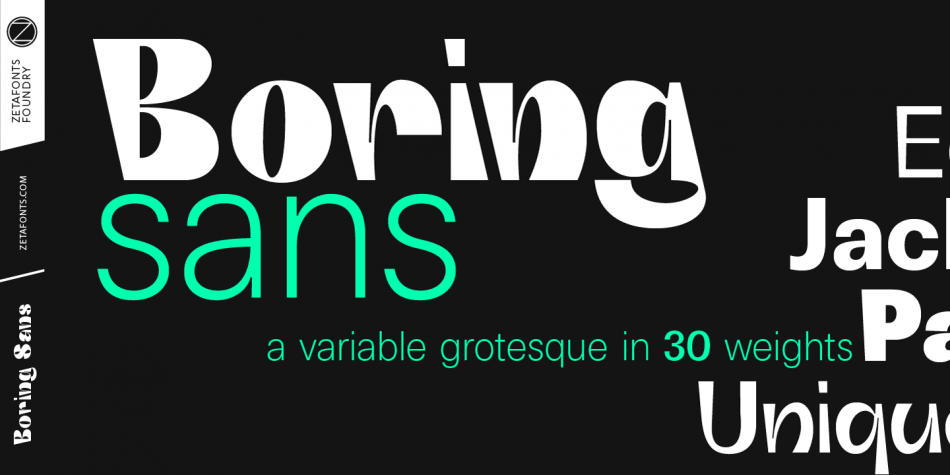 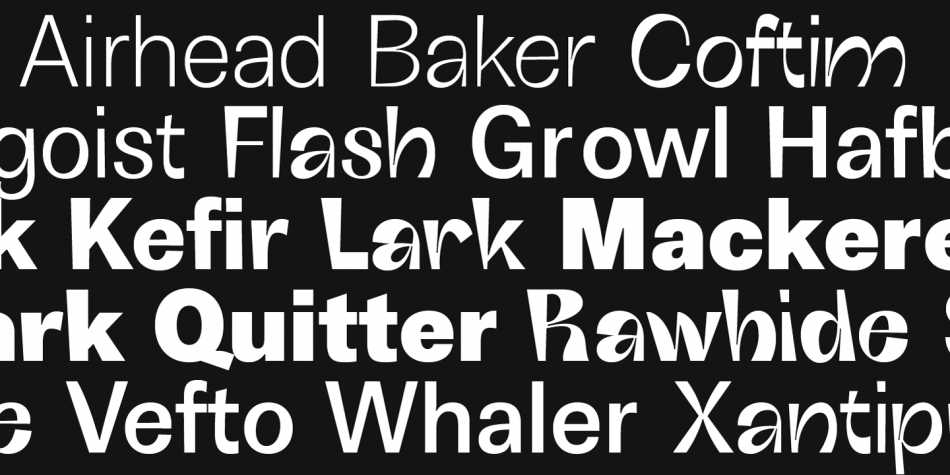 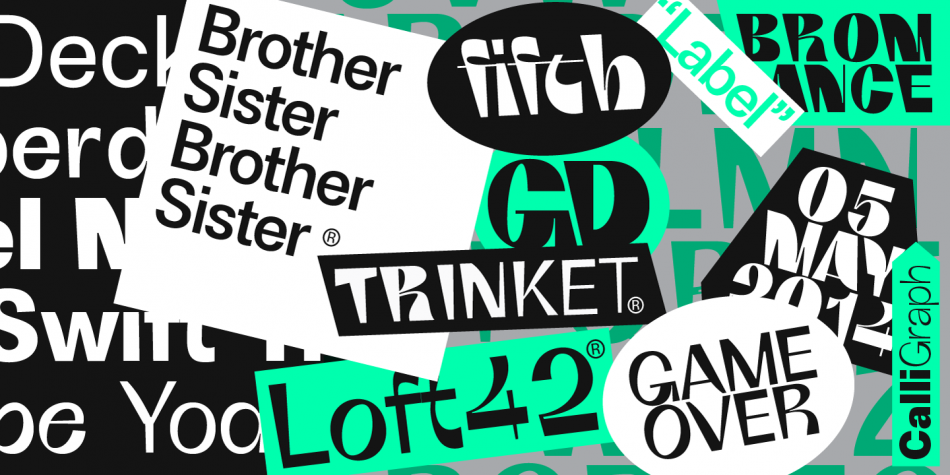 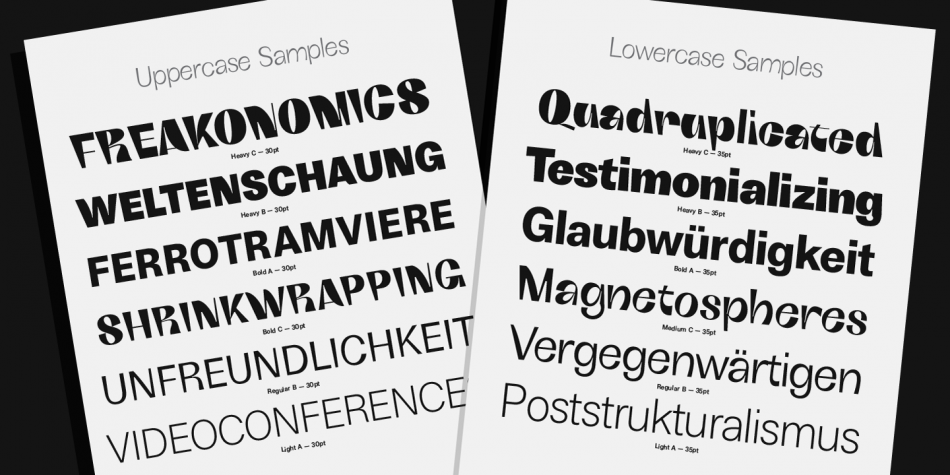 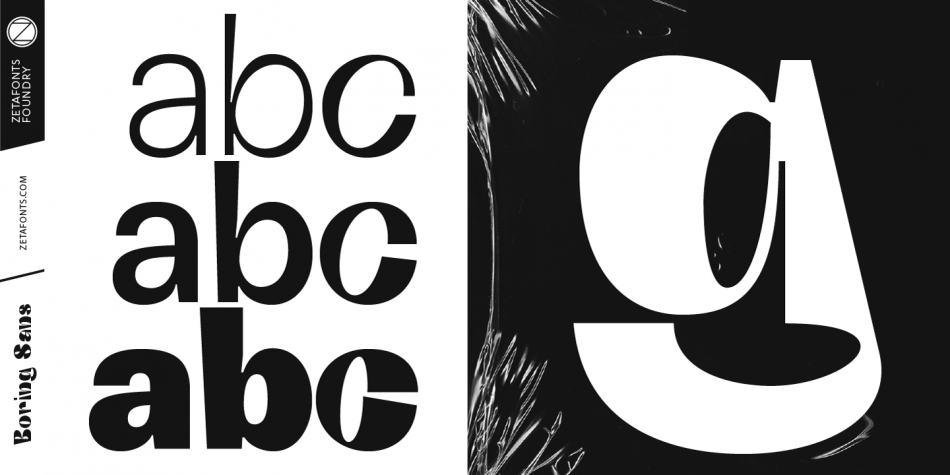 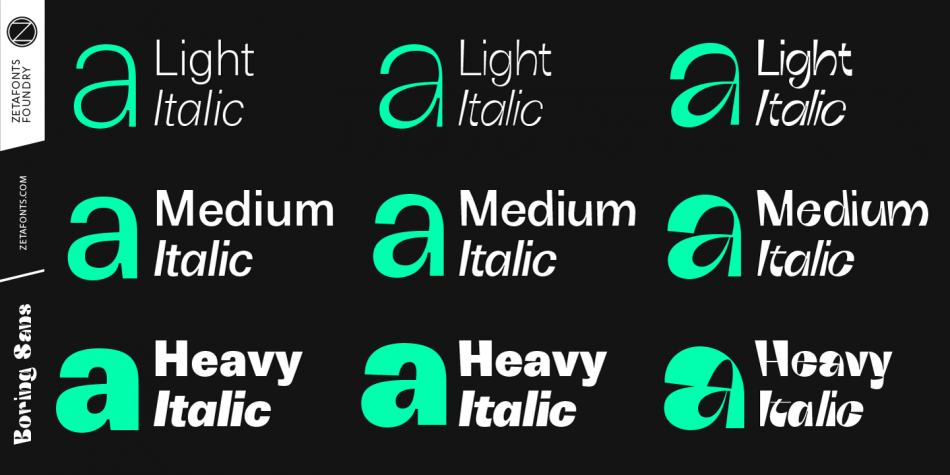 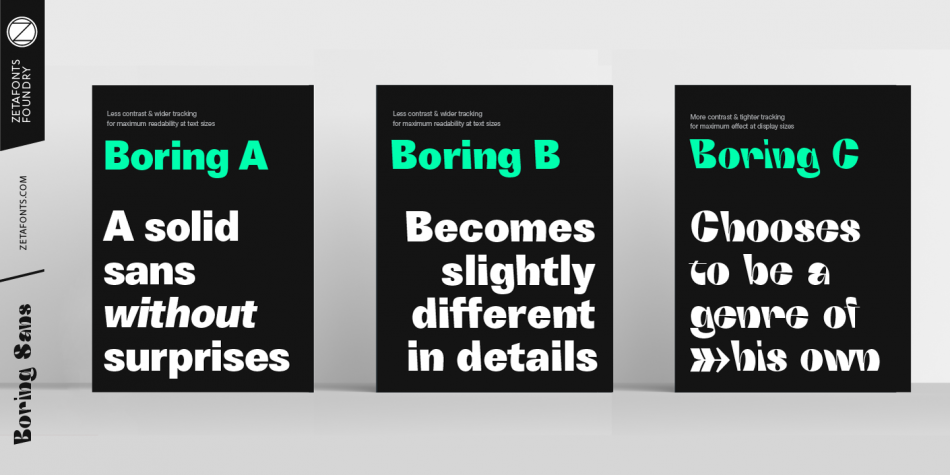 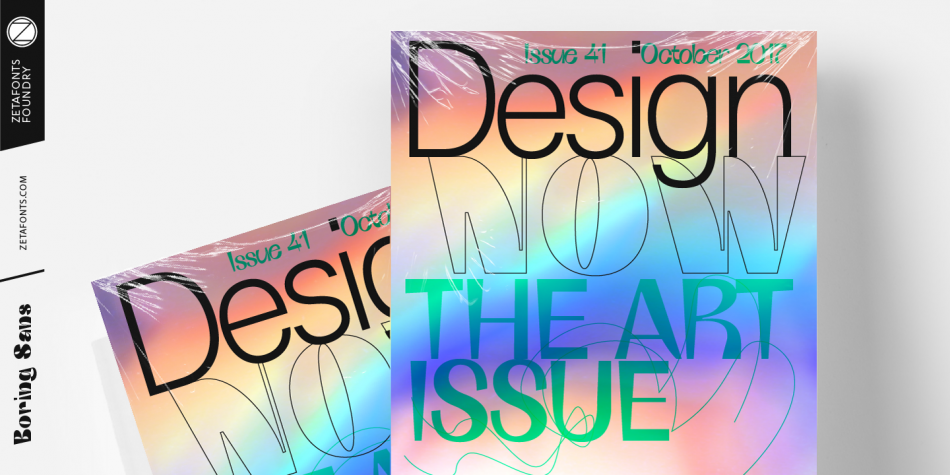 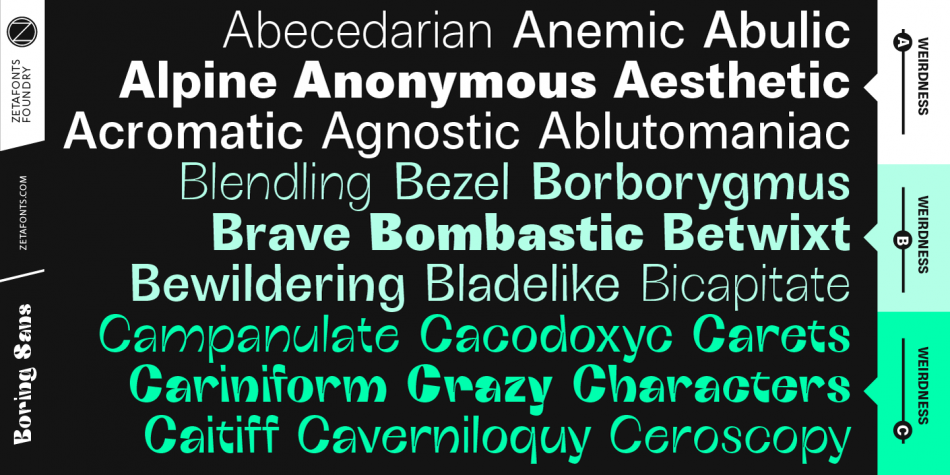 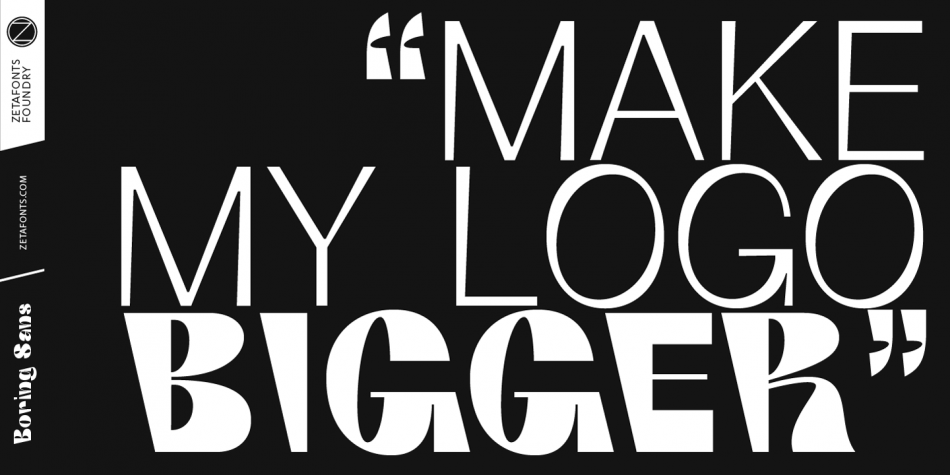 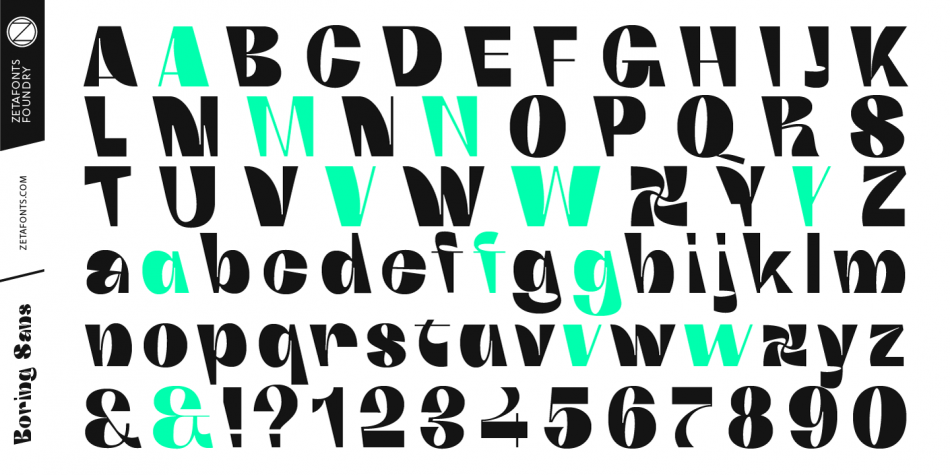 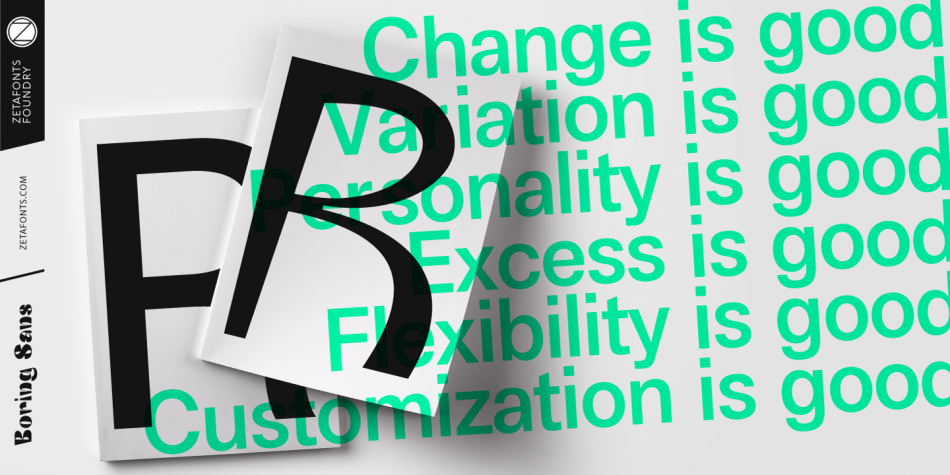 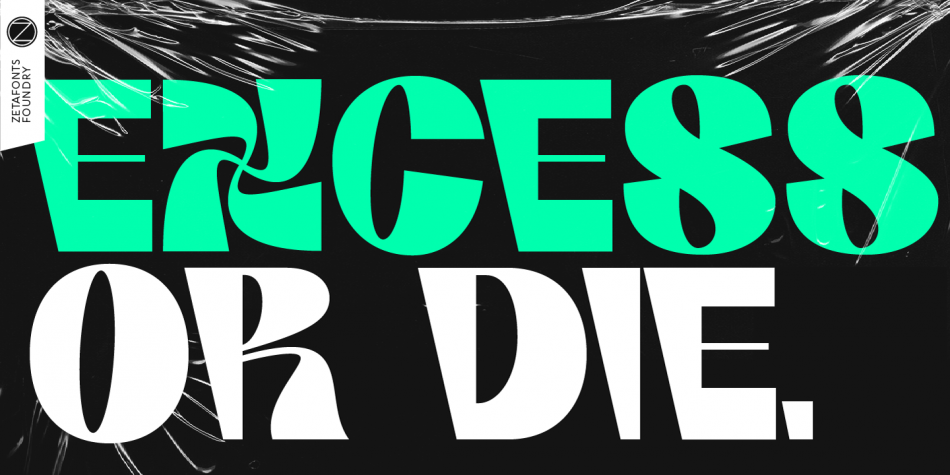 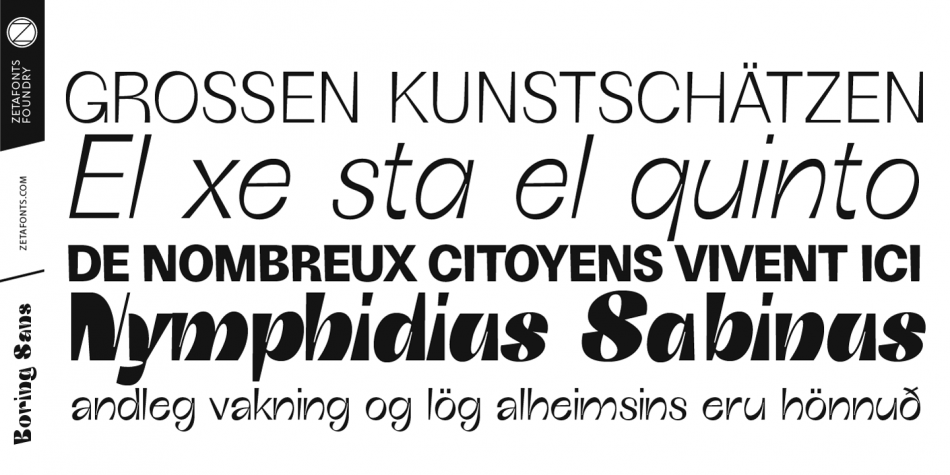 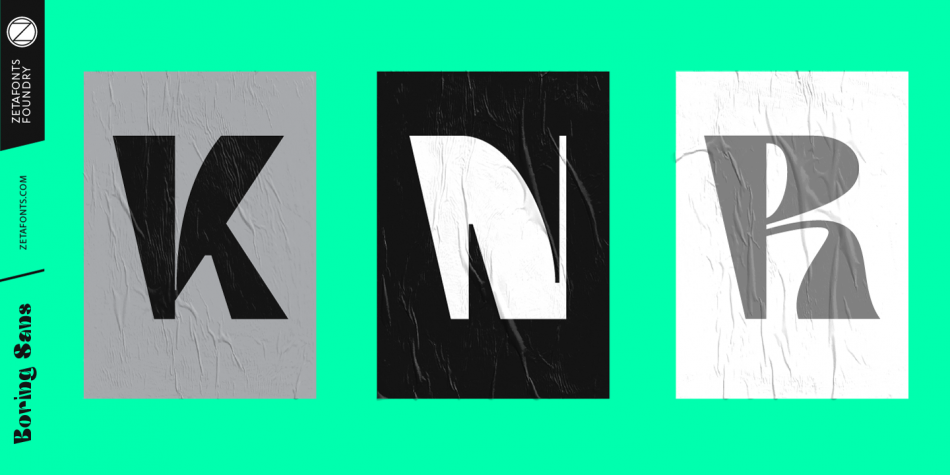 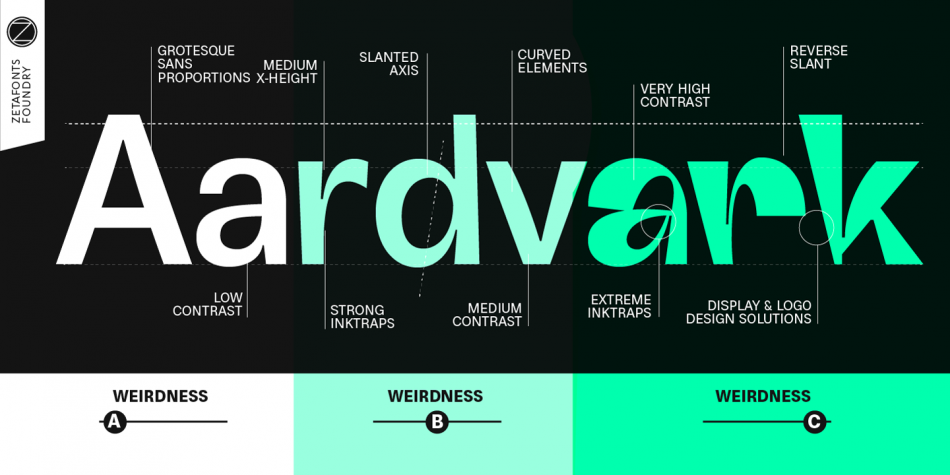 Designed by Cosimo Lorenzo Pancini, Boring Sans is a display sans and sans serif font family. This typeface has thirty styles and was published by Zetafonts.

Boring Sans, designed by Cosimo Lorenzo Pancini, is a typeface family designed along two variable axis: weight and weirdness. These two parameters allow designers to explore a full range of variations on sans serif design, starting from a neutral set of proportions and evolving to a strongly contrasted and dynamic treatment, ready to raise eyebrows on social media.

The basic “A” subfamily, developed in in five weights plus italics, behaves like a traditional, solid workhorse sans serif, with finely tuned proportions for optimal readability and minimal emotional impact. The “B” subfamily, developed in the same ten weights, shows a more contemporary “brutal” approach, with slanted lines, deep ink-traps and stronger contrast. All these features are brought to the extreme in the ten weights of the “C” subfamily, with each letter a bombastic show of exuberant weirdness. Each of the style variant is developed in five weight with matching italics, with a glyph set covering extended latin languages and including many alternate forms and stylistic sets.