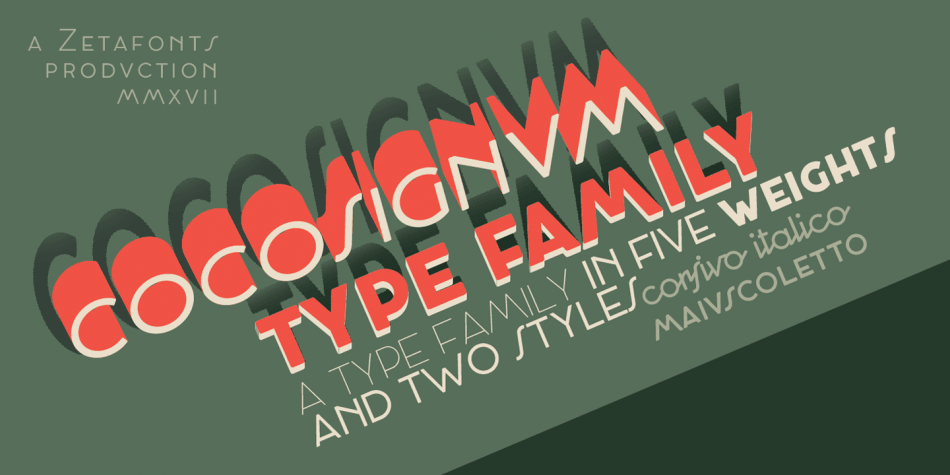 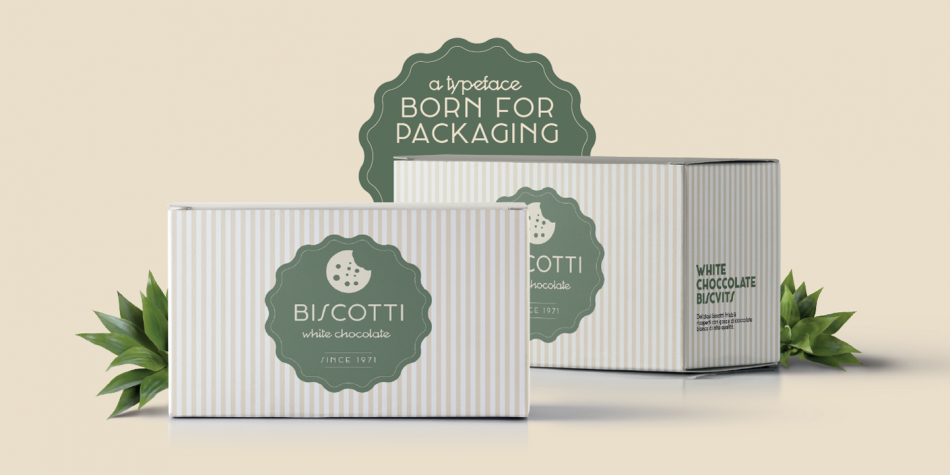 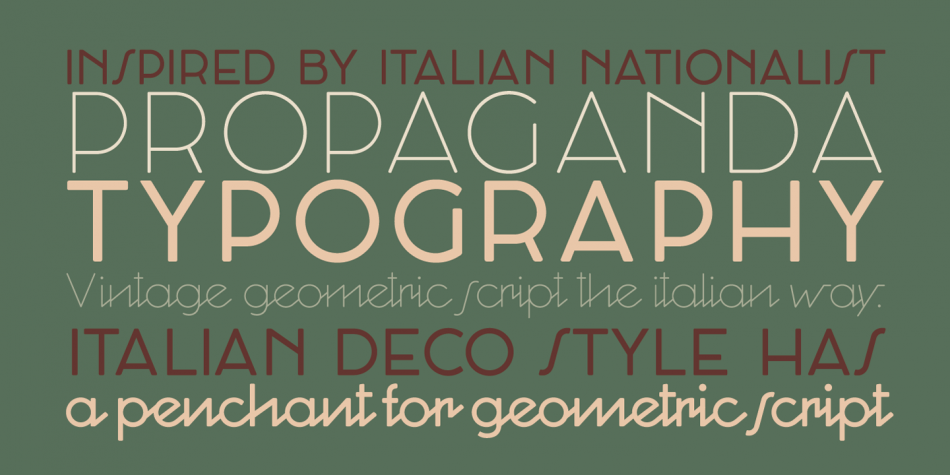 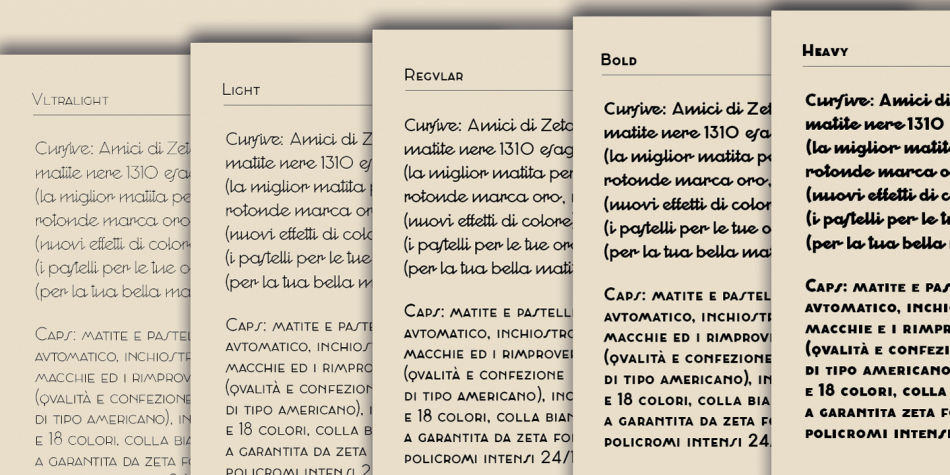 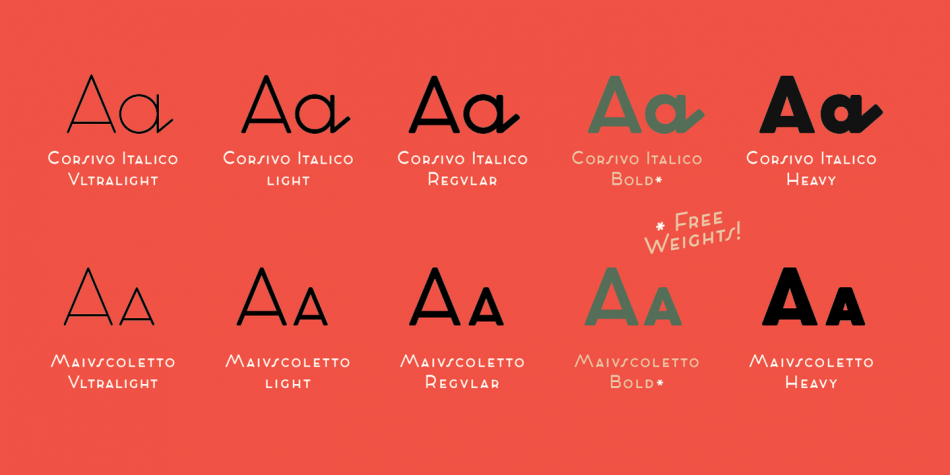 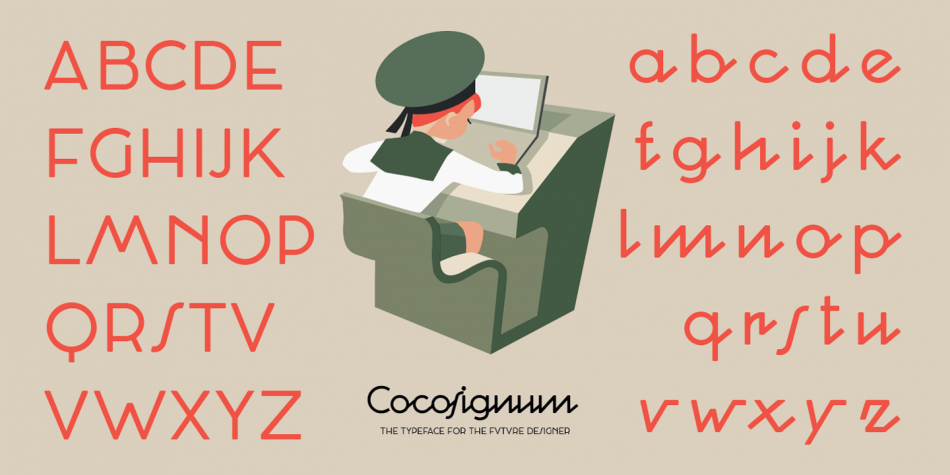 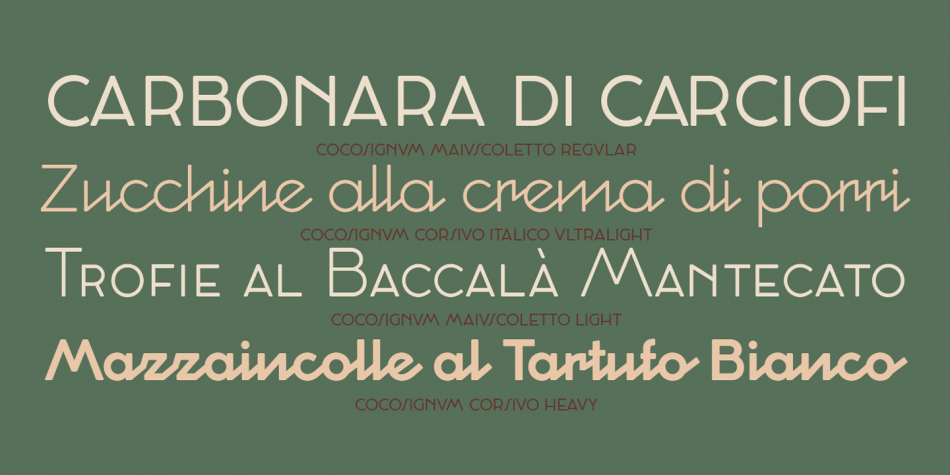 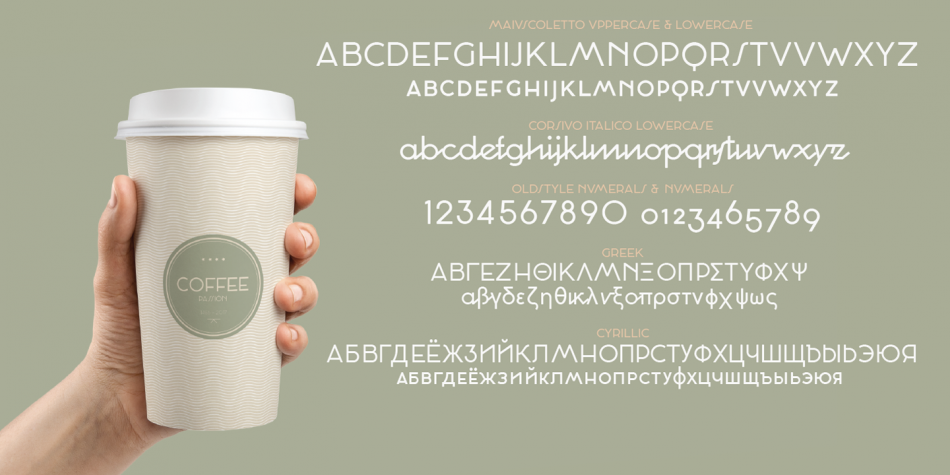 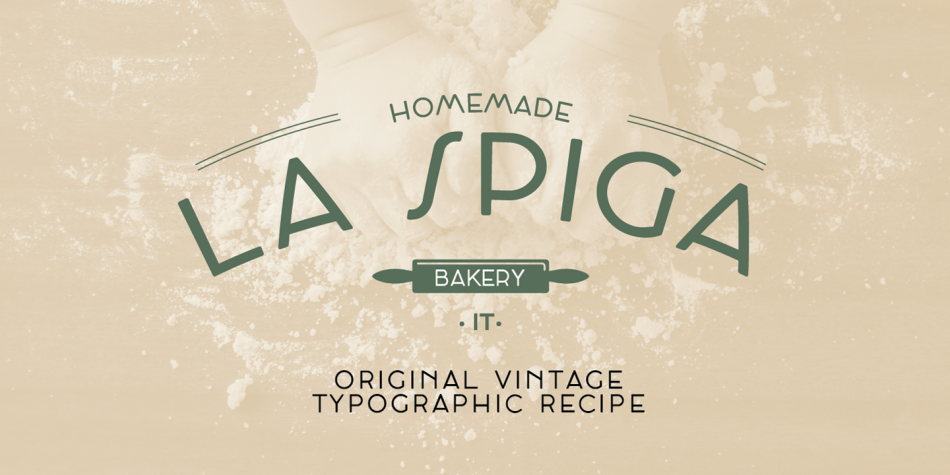 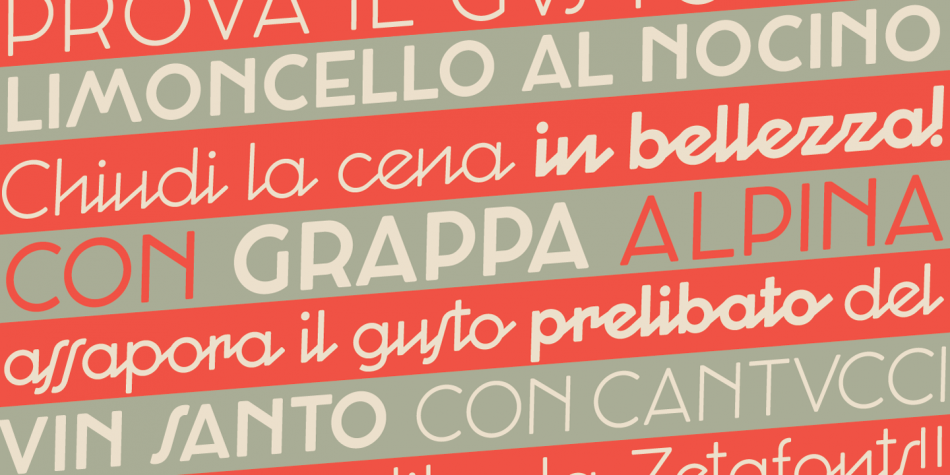 Cocosignum is an art deco and display sans font family. This typeface has ten styles and was published by Zetafonts.

“Cocosignum takes inspiration from the typography of the Italian thirties. The imperial uppercase with its propaganda deco overtones is softened by a cursive lowercase geometric script in the Corsivo Italico version.
It comes in two styles and five weights, covering over forty languages using latin alphabet, as well as Greek and Cyrillic.”