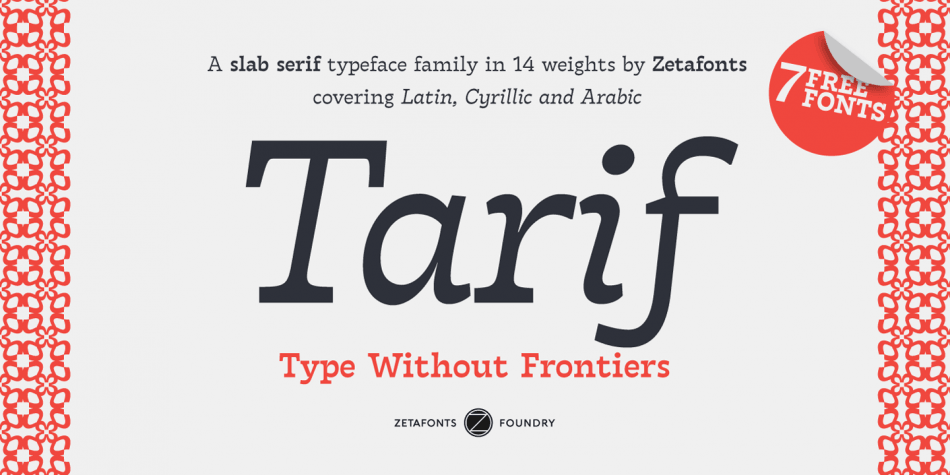 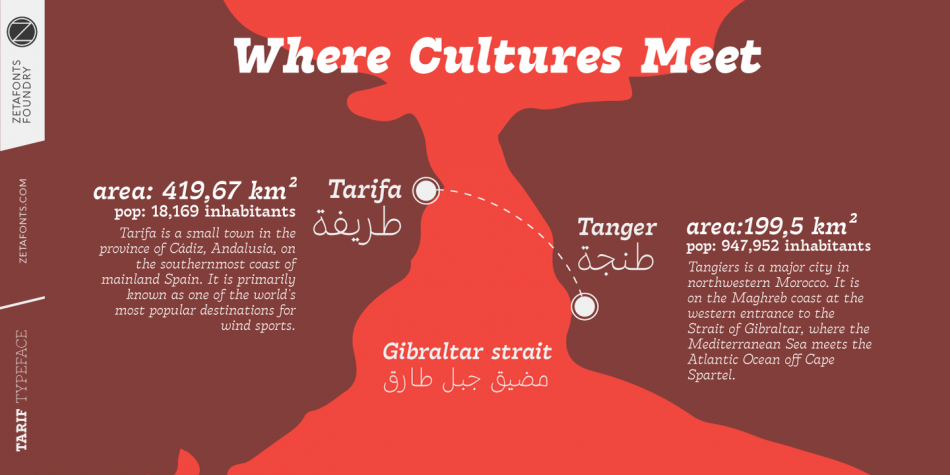 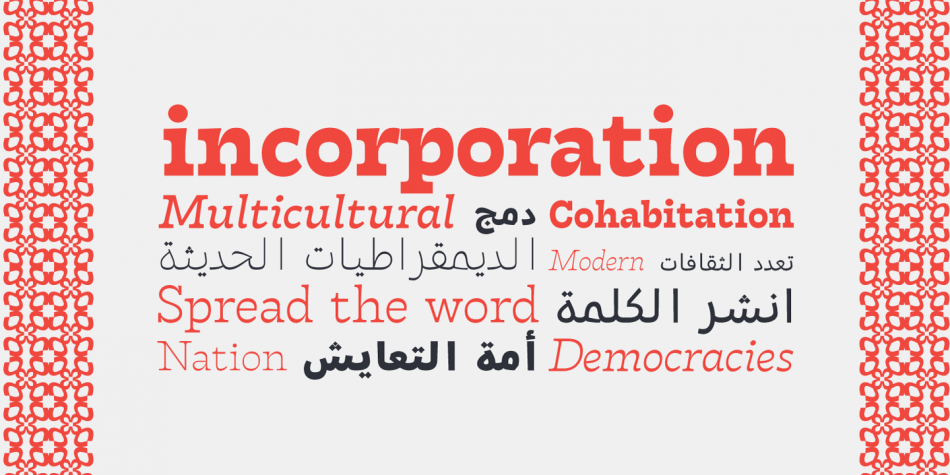 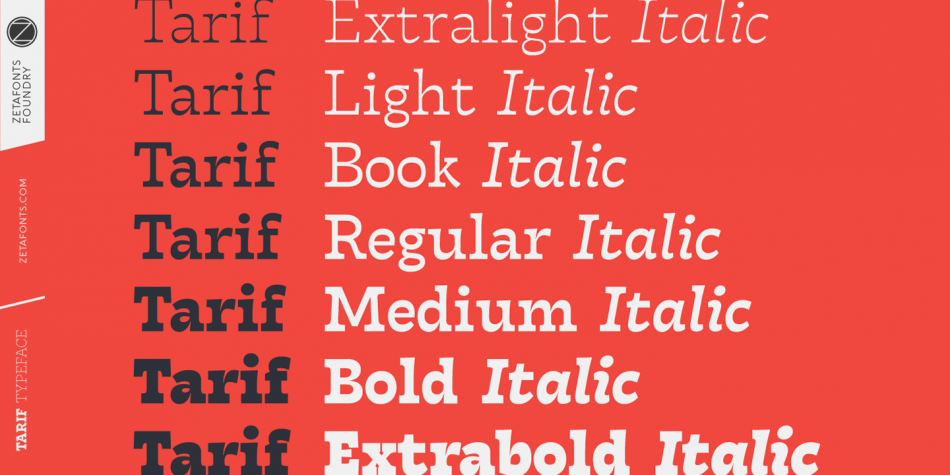 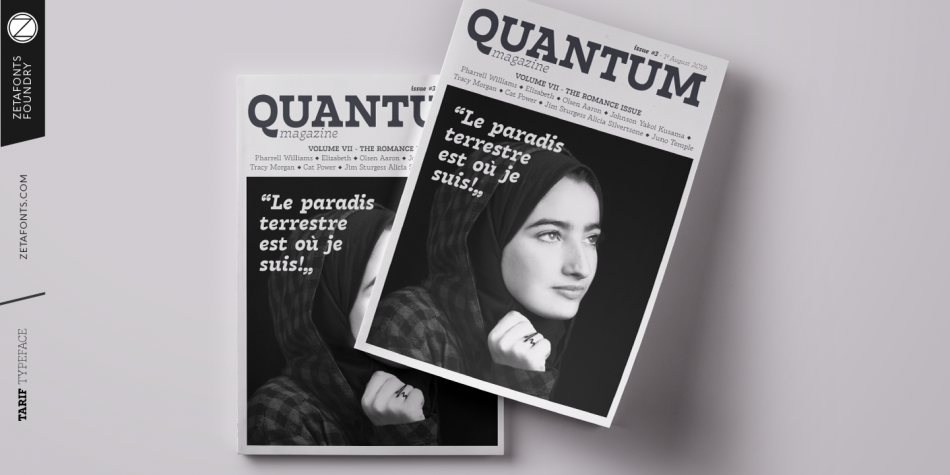 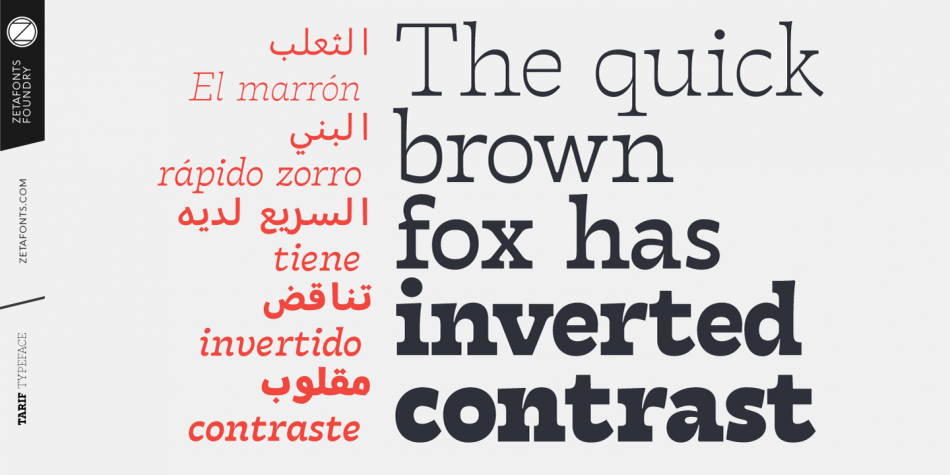 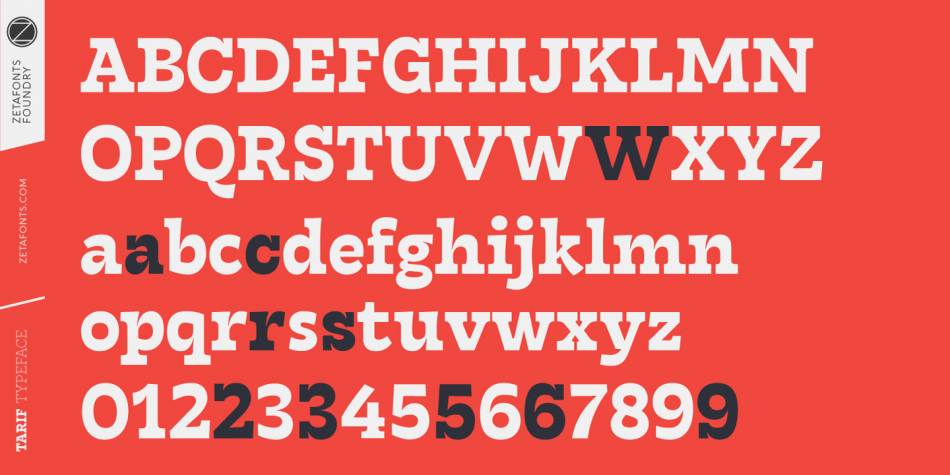 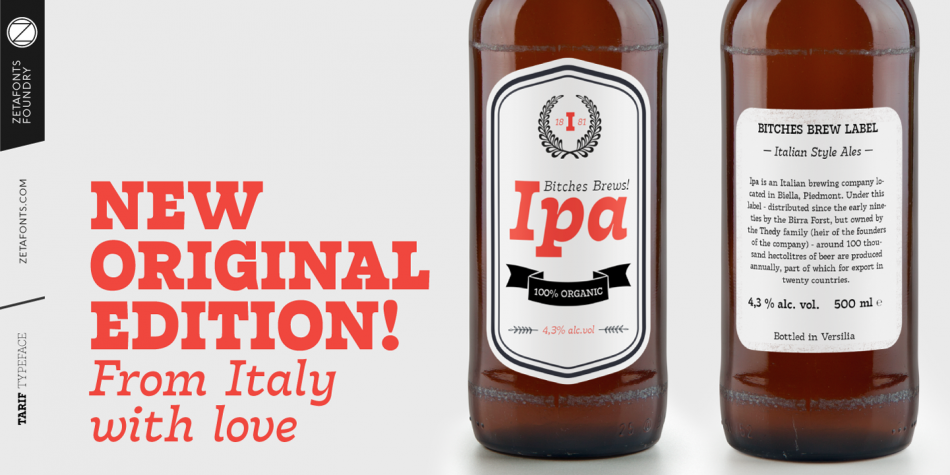 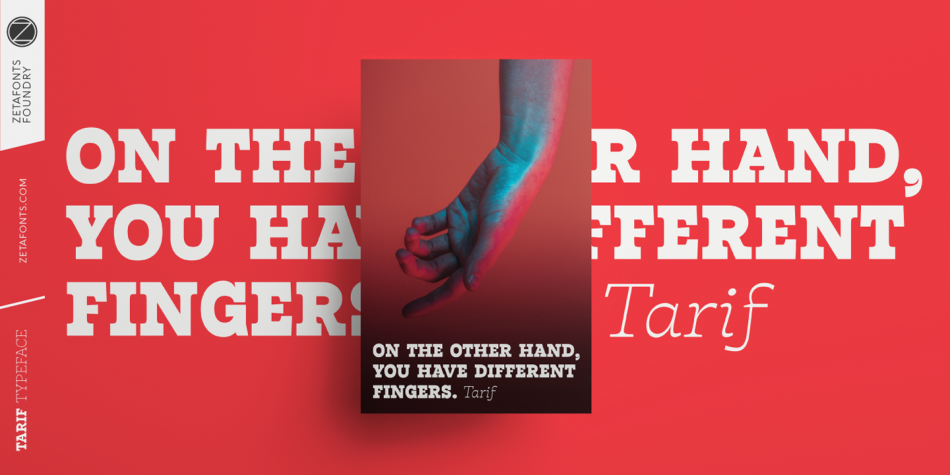 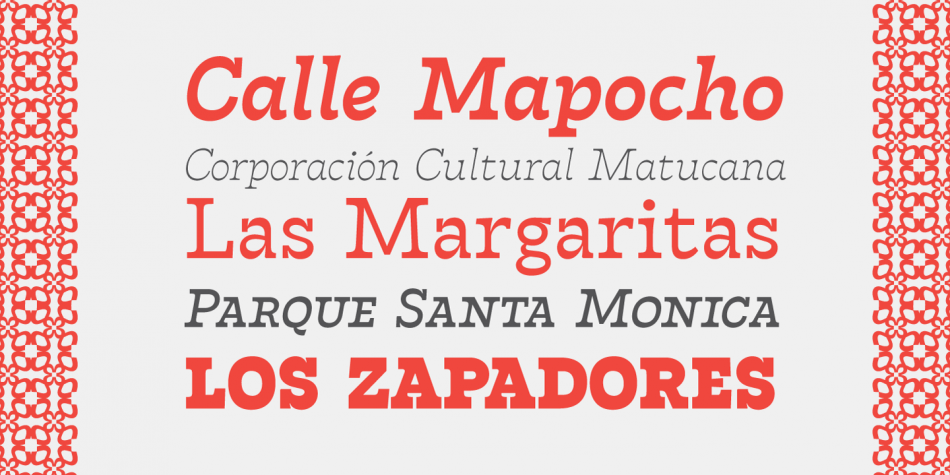 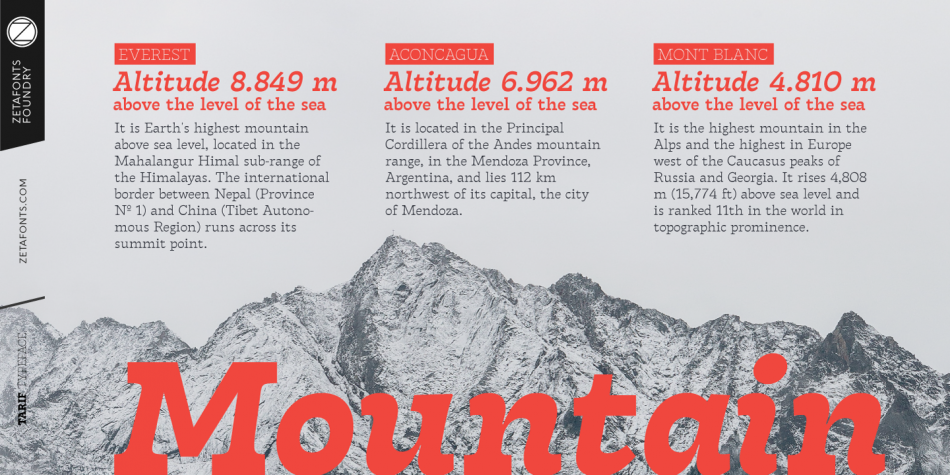 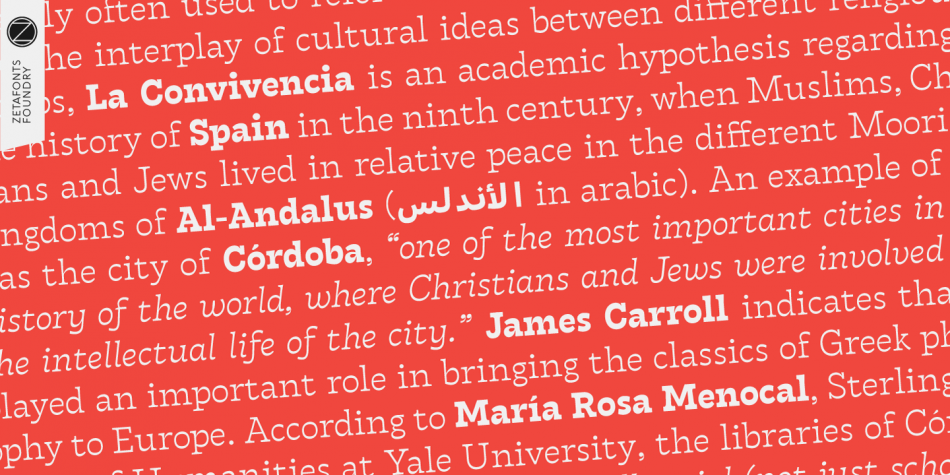 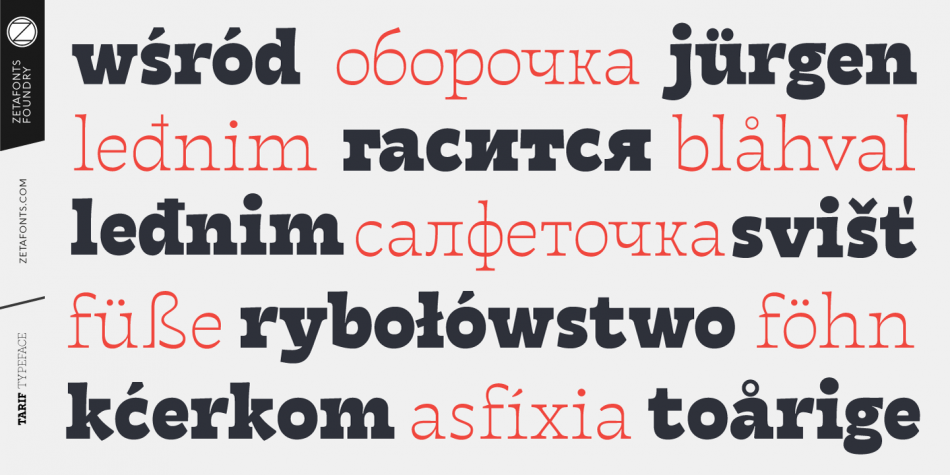 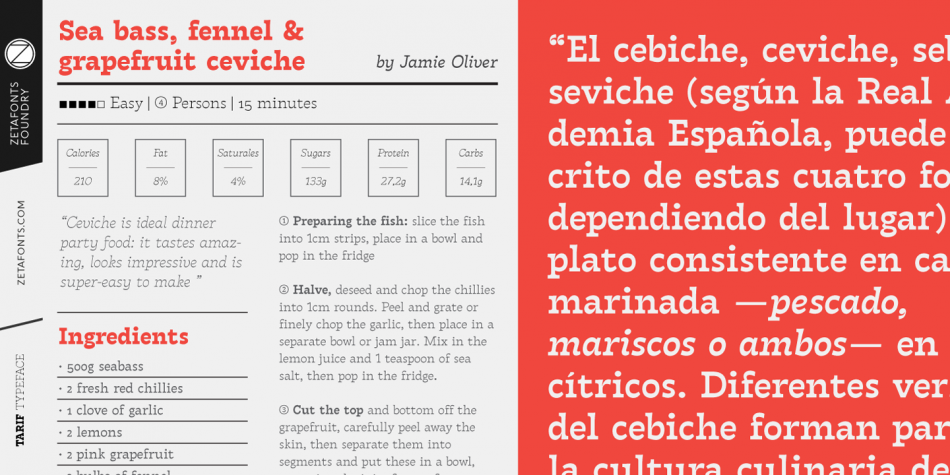 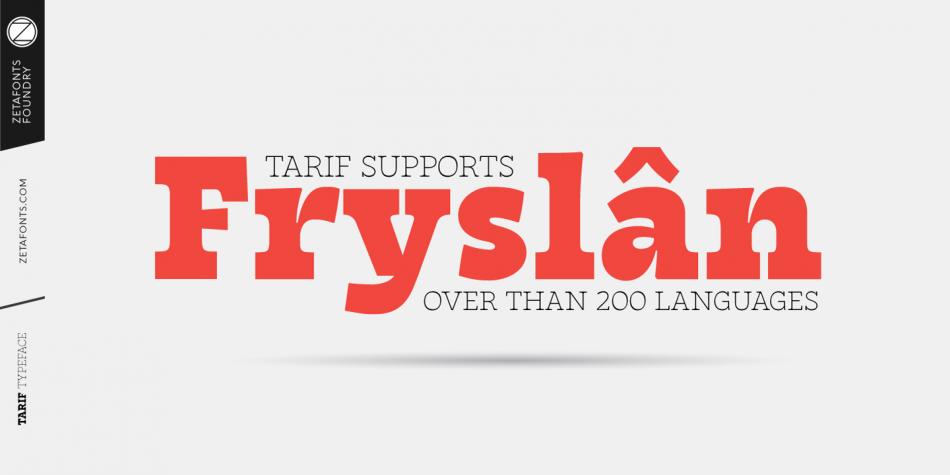 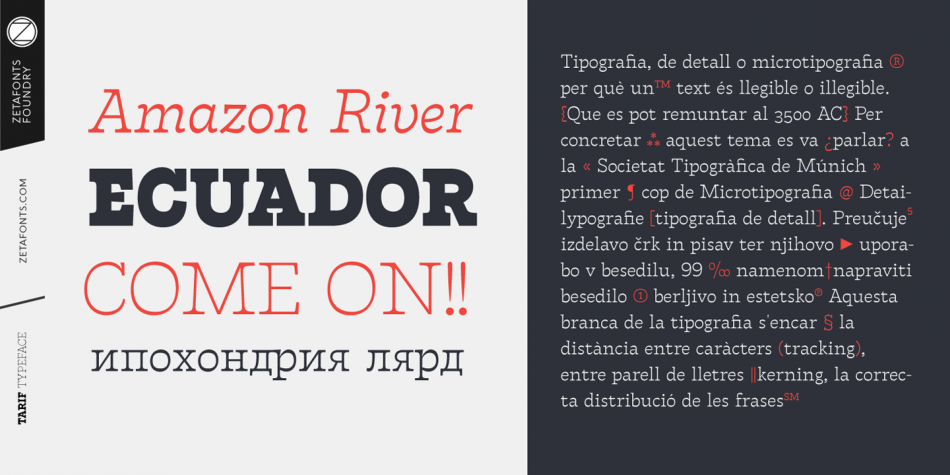 Designed by Cosimo Pancini, Andrea Tartarelli, Maria Fantini and Rania Azmi, Tarif is a slab serif font family. This typeface has twenty-one styles and was published by Zetafonts. 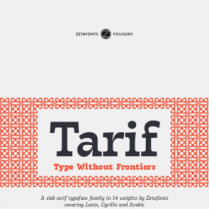 Tarif is a typeface family inspired by the multicultural utopia of Convivencia - the peaceful coexistence of Muslims, Christians and Jews in tenth century Andalusia that played an important role in bringing to Europe the classics of Greek philosophy, together with Muslim culture and aesthetics.

Designed for Zetafonts by Andrea Tartarelli, is a slab serif typeface with a humanist skeleton and inverted contrast, subtly mixing latin zest, calligraphic details, extreme ink-traps, and postmodern unorthodox reinvention of traditional grotesque letter shapes.
The exuberant design, perfect for titling, logo and display use, is complemented by a wide range of seven weights allowing for solid editorial use and great readability in body text. Matching italics have been designed with the help of Maria Chiara Fantini and Cosimo Lorenzo Pancini, while Rania Azmi has collaborated on the design of the arabic version of Tarif, where the humanist shapes and inverted contrast of the latin letters find a natural connection with modern arabic letterforms.