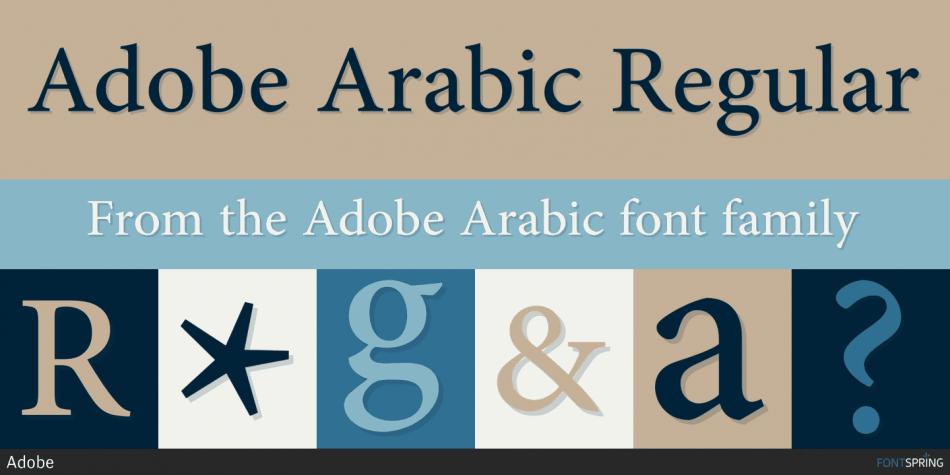 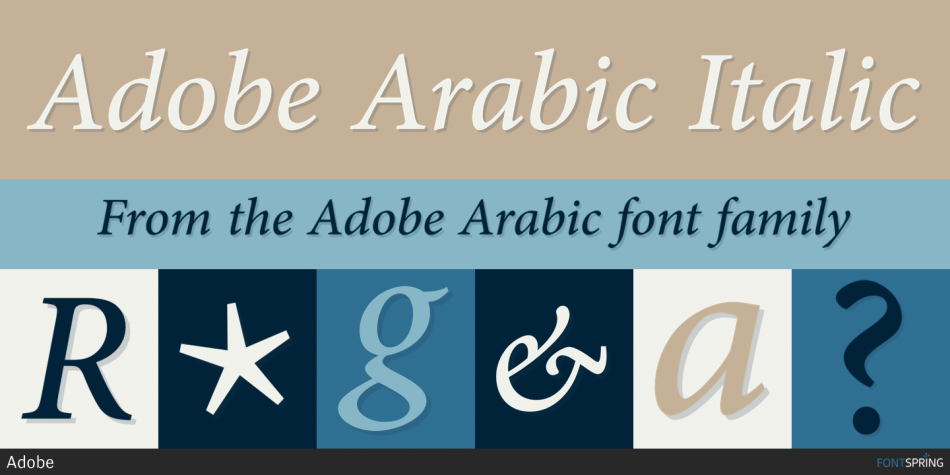 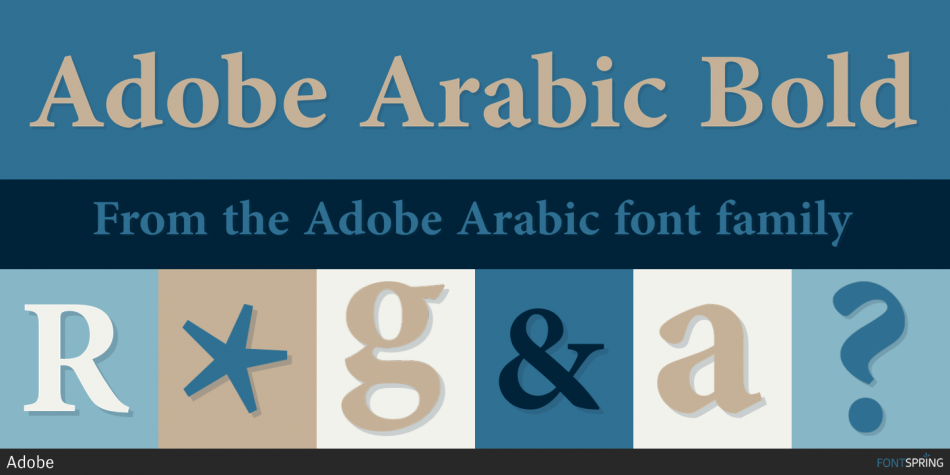 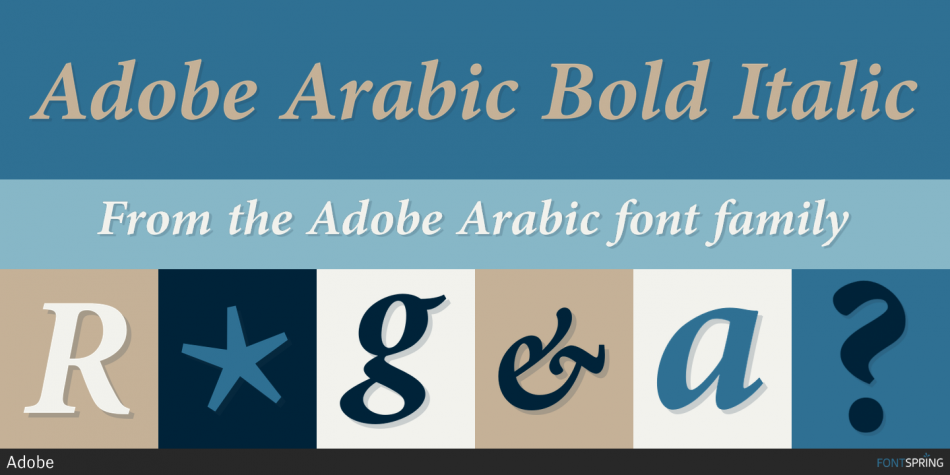 Adobe Arabic is a serif font family. This typeface has four styles and was published by Adobe.

The Adobe Arabic typefaces were commissioned to from Tiro Typeworks and designed by Tim Holloway in 2004-05. The design brief was to create a type family that would meet the needs of modern business communications in all the languages supported by the Unicode Arabic character set: not just various forms of Arabic, but also Persian, Urdu, and many other central and south Asian languages written in the Arabic script and using distinctive letterforms and diacritics. The design needed to be clean and contemporary, and also to be readable on screen in, for example, interactive PDF forms. From the outset the two requirements of screen text clarity and linguistic versatility determined the basis of the design.

But to extend the core Arabic glyph set to comfortably support additional languages, more flexible and varied principles were needed. Instead of trying to follow local naskh preferences in styling the non-Arab glyphs, risking disharmony, the design evolved by reference to the wider shared heritage of thuluth inscriptional forms.

This led to a more flowing joining line and the incorporation of calligraphically-informed variants and ligatures.

The extra stroke weight of the Bold was applied so that, in the same type size, the Bold does not appear bigger than its companion Regular so can be used within the line for emphasis as well as for headings.

The set of vocalization signs was tailored to permit their full use without the need to extend the text with tatweel. Vocalization and other marks are positioned dynamically using OpenType glyph positioning lookups. Note that Quranic marks and other purely religious characters are not supported by the fonts, since these fall outside the design brief for a modern communications type family.