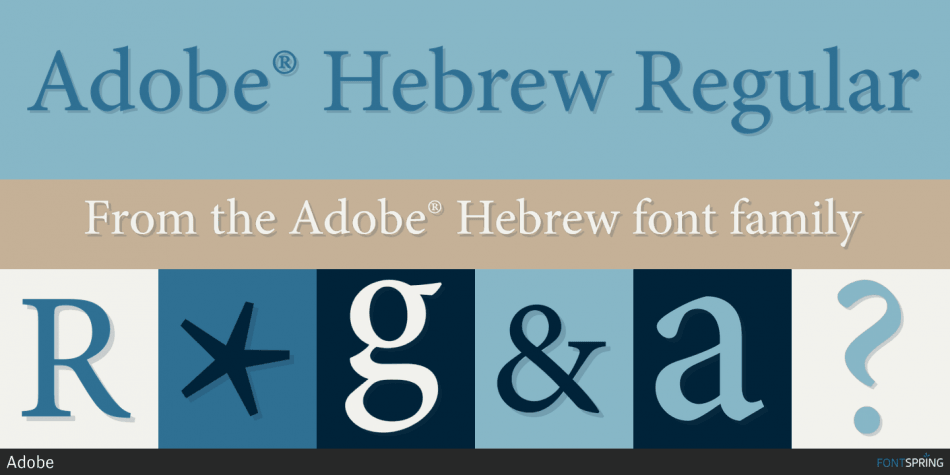 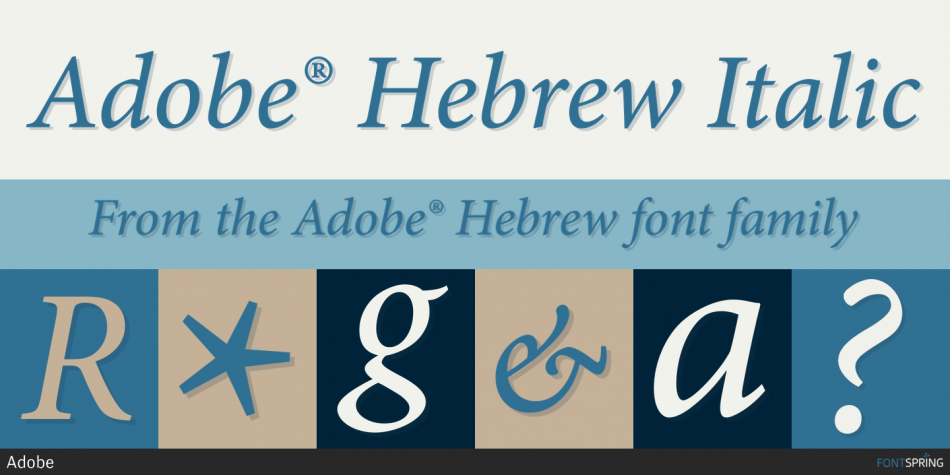 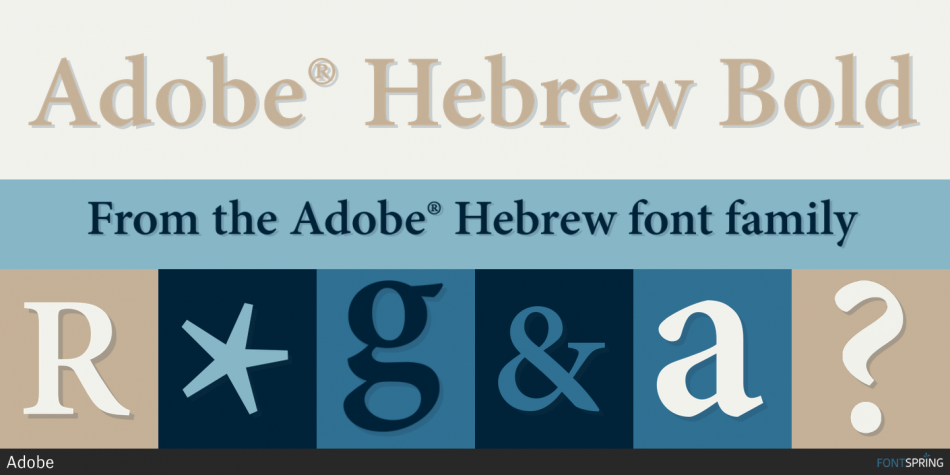 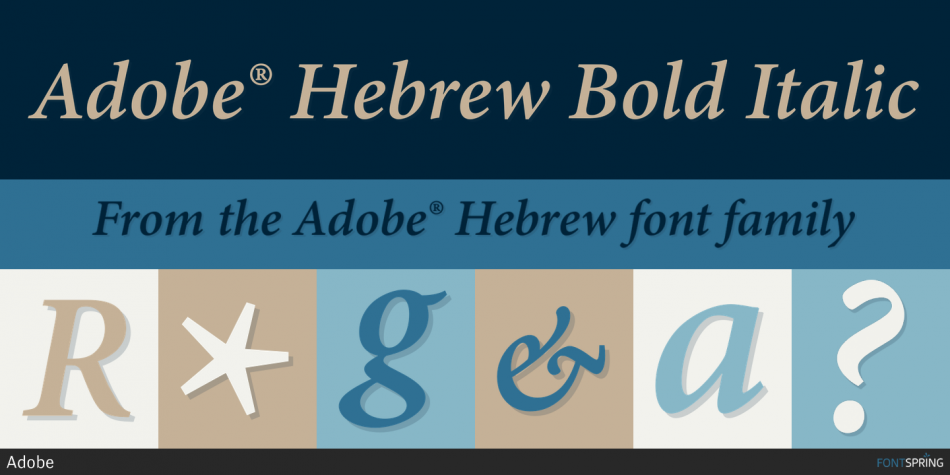 Adobe® Hebrew is a serif font family. This typeface has four styles and was published by Adobe.

The Adobe Hebrew typefaces were commissioned to from Tiro Typeworks and designed by John Hudson in 2004-05. The design brief was to create a type family that would meet the needs of business communications in modern Hebrew. The design needed to be clean and contemporary, and also to be readable on screen in, for example, interactive PDF forms.

The basic proportions of the letterforms are based on those of traditional Sephardic formal book hands. This style was chosen as a basis for the design to facilitate screen readability, since the relatively low contrast of the Sephardic letters and greater differentiation of potentially mistakable letterforms are better suited to low resolution environments than the high contrast of the Ashkenazi styles. The design is based around the dynamic balancing of sharp corners and subtle curves, following the natural stroke pattern of the Sephardic models but emphasizing angularity in transitions between strokes.

Although most Hebrew text does not include vowels, a full set of nikudot (vocalization mark) are provided; these are dynamically positioned using OpenType glyph positioning lookups. Note that teamim (cantillation marks) for Biblical texts are not supported by the fonts, since these fall outside the design brief for a modern communications type family.