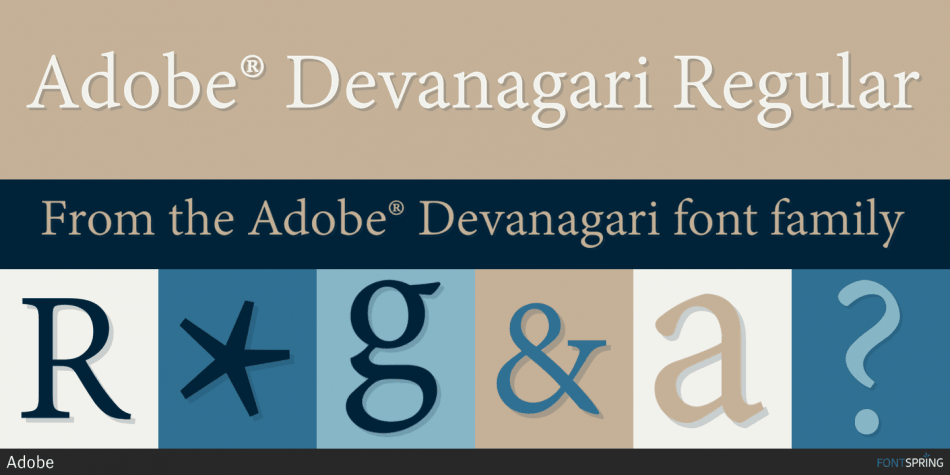 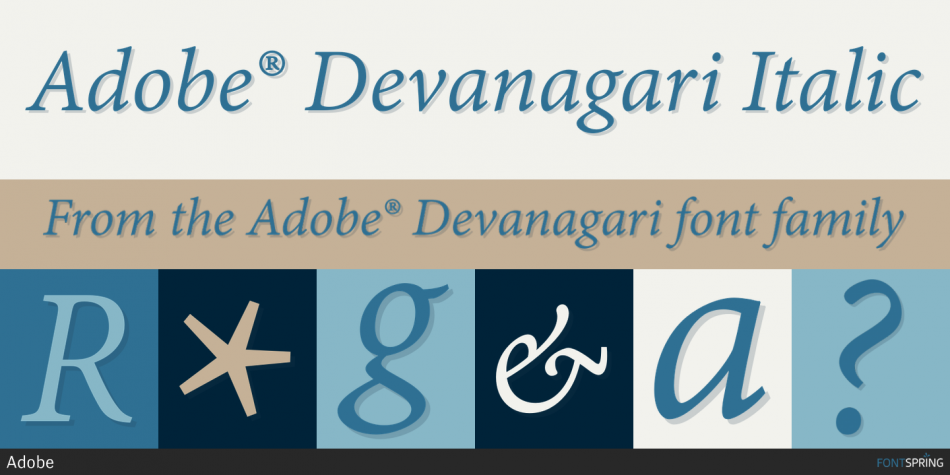 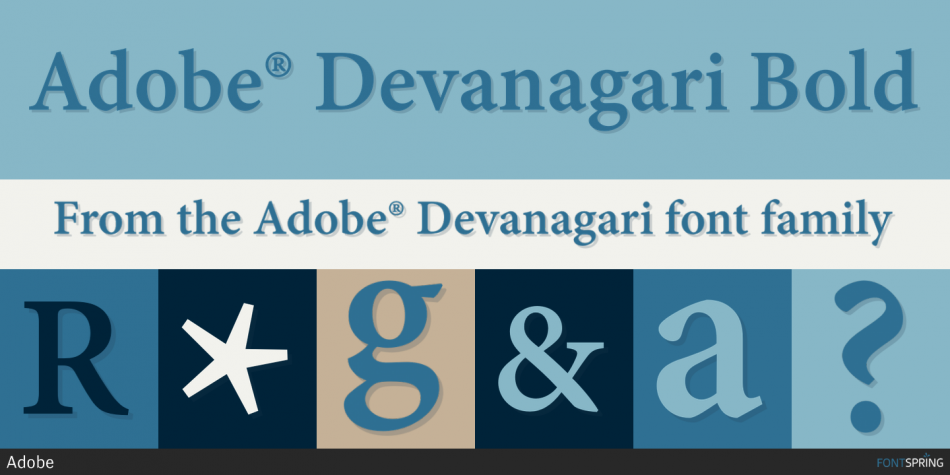 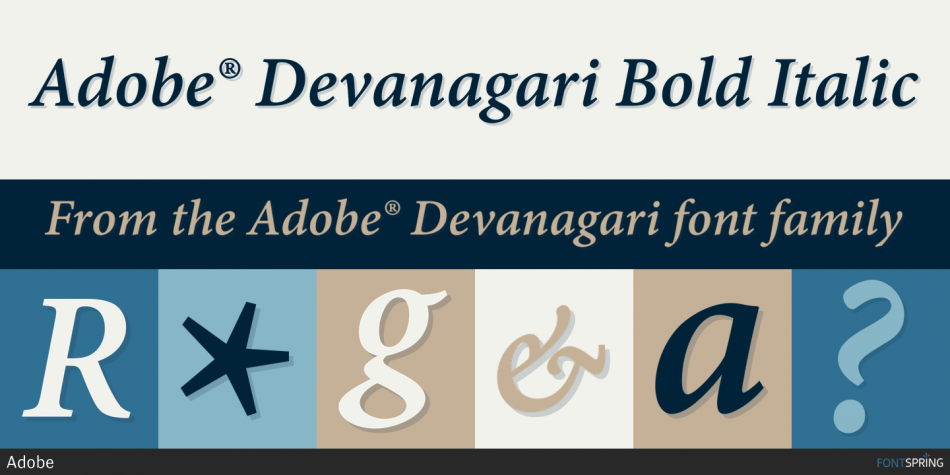 Adobe® Devanagari is a serif font family. This typeface has four styles and was published by Adobe.

The Adobe Devanagari typefaces were commissioned from Tiro Typeworks and collaboratively designed by Tim Holloway, Fiona Ross and John Hudson, beginning in 2005. The types were officially released in 2010. The design brief was to produce a typeface for modern business communications in Hindi and other languages, to be legible both in print and on screen. Adobe Devanagari was designed to be highly readable in a range of situations including quite small sizes in spreadsheets and in continuous text setting, as well as at display sizes, where the full character of the typeface reveals itself.
The construction of the letters is based on traditional penmanship but possesses less stroke contrast than many Devanagari types, in order to maintain strong, legible forms at smaller sizes. To achieve a dynamic, fluid style the design features a rounded treatment of distinguishing terminals and stroke reversals, open counters that also aid legibility at smaller sizes, and delicately flaring strokes. Together, these details reveal an original hand and provide a contemporary approach that is clean, clear and comfortable to read whether in short or long passages of text. This new approach to a traditional script is intended to counter the dominance of rigid, staccato-like effects of straight verticals and horizontals in earlier types and many existing fonts.
OpenType Layout features in the fonts provide both automated and discretionary access to an extensive glyph set, enabling sophisticated typography. Many conjuncts preferred in classical literary texts and particularly in some North Indian languages are included; these literary conjuncts may be substituted by specially designed alternative linear forms and fitted half forms. The length of the ikars—ि and ी—varies automatically according to adjacent letter or conjunct width. Regional variants of characters and numerals (e.g. Marathi forms) are included as alternates. Careful attention has been given to the placements of all vowel signs and modifiers. The fonts include both proportional and tabular numerals in Indian and European styles. Extensive kerning covers several thousand possible combinations of half forms and full forms to anticipate arbitrary conjuncts in foreign loan words.