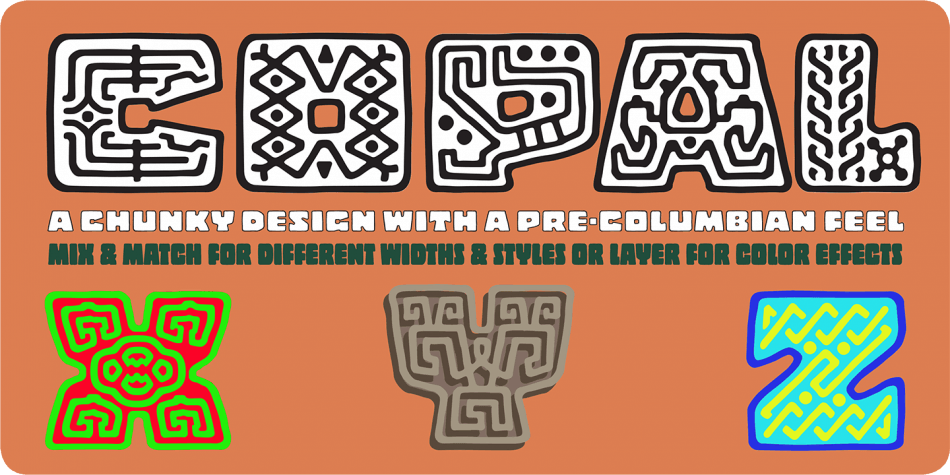 Copal® Std is a display font family. This typeface has three styles and was published by Adobe.

Inspired by the carvings on meso-American monuments, David Lemon of Adobe’s type staff created Copal. It’s named after a resin that was burned as incense by ancient cultures and which is used today as a binding agent in printer’s inks and varnishes. The fonts in Copal can be used individually or combined to achieve chromatic effects. Try the decorated letters in headlines when you’re in need of a burst of primitive energy.