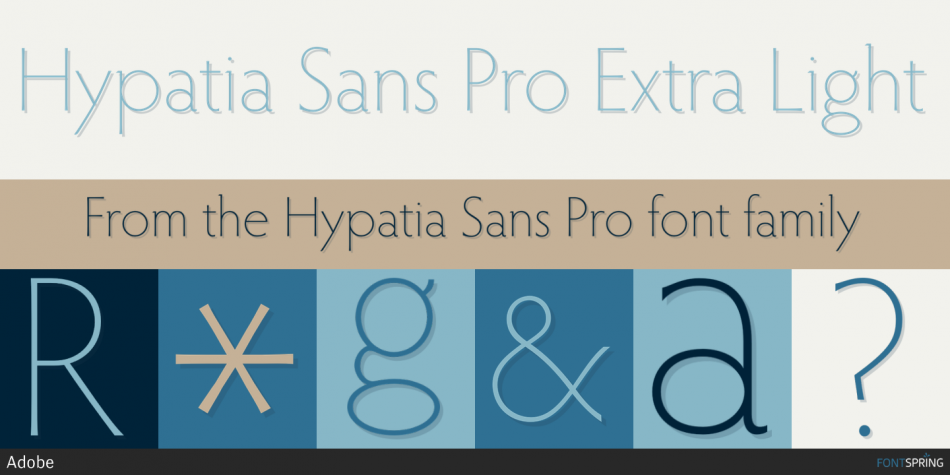 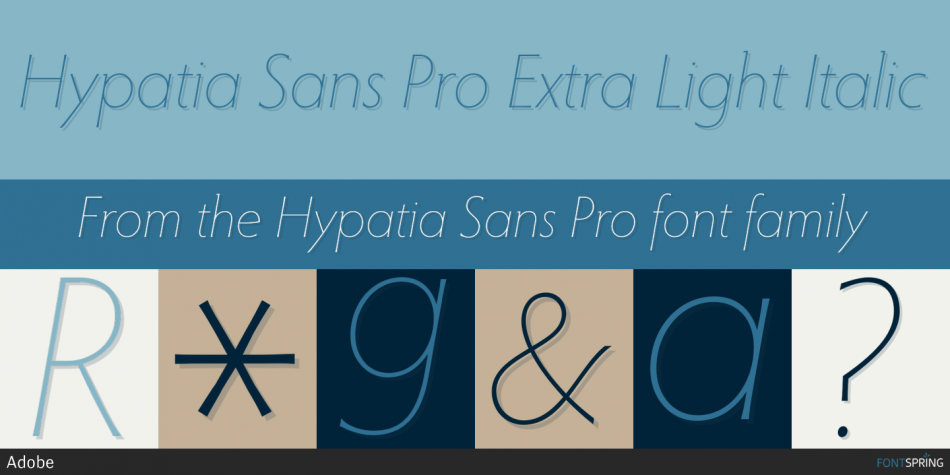 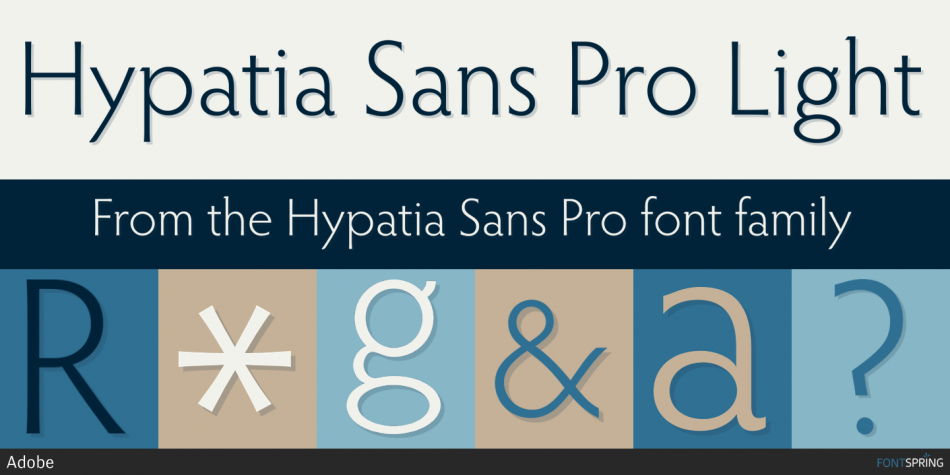 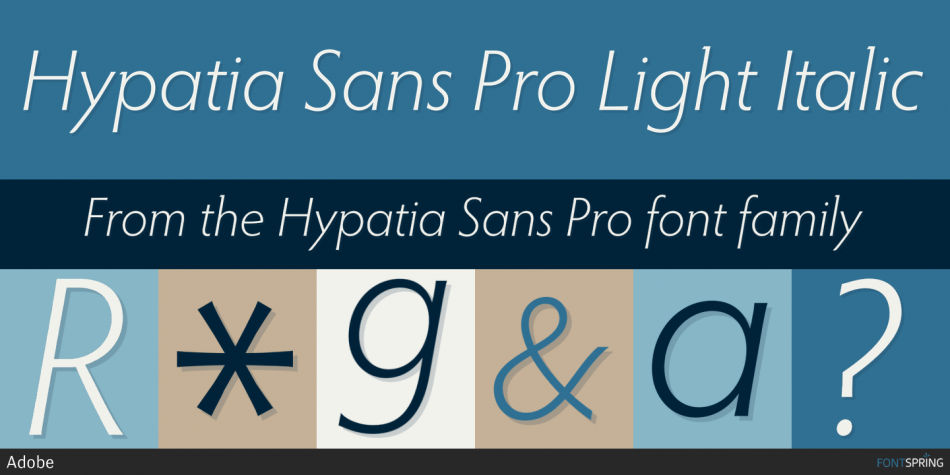 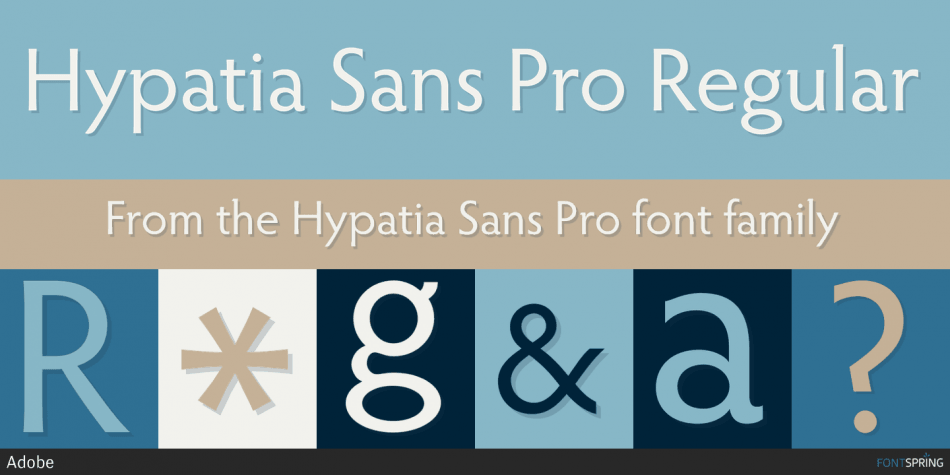 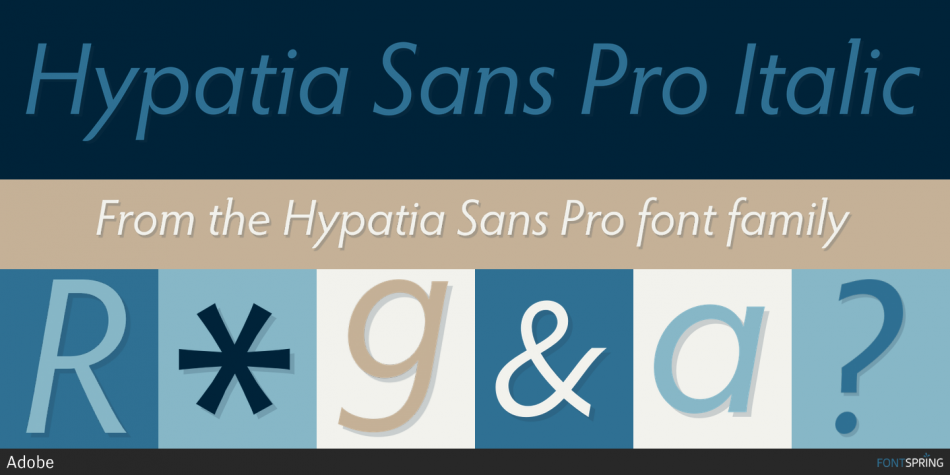 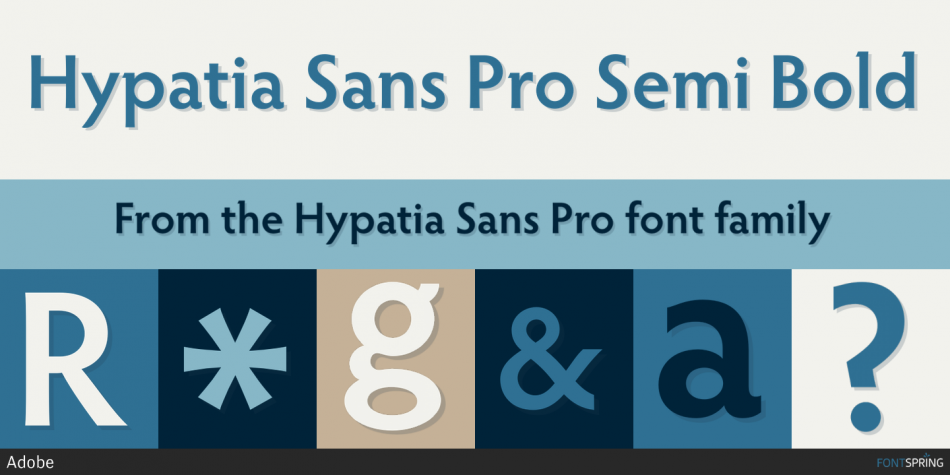 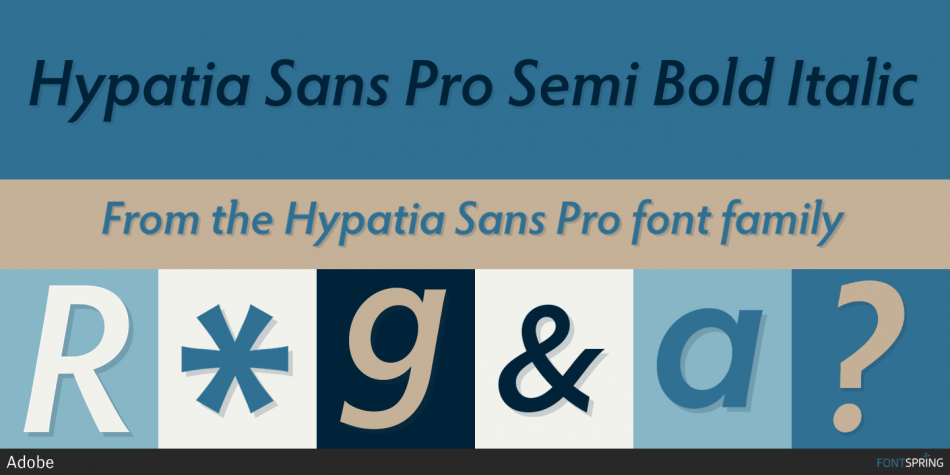 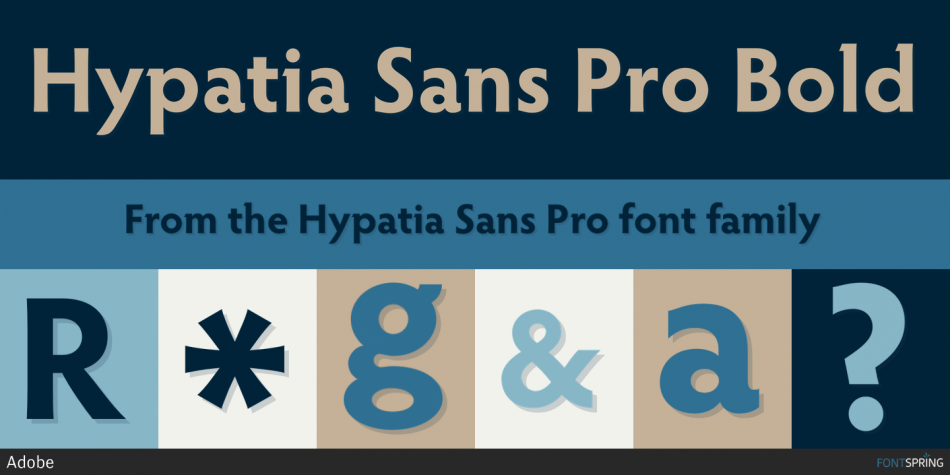 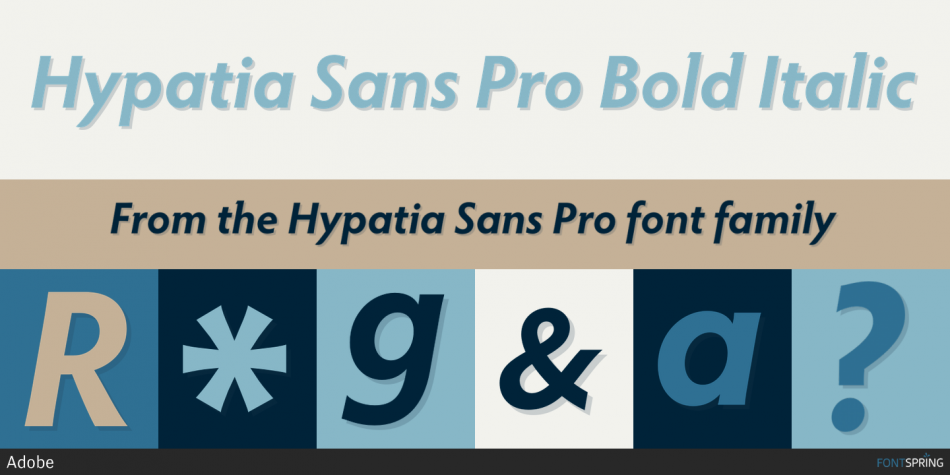 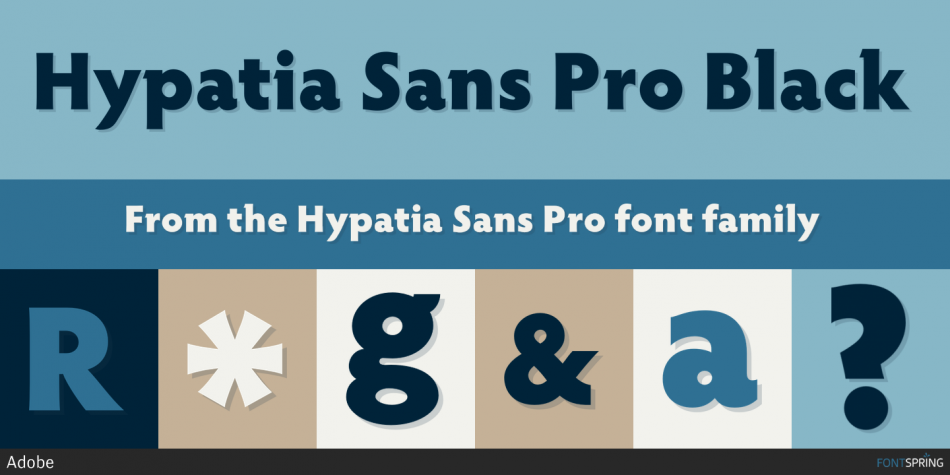 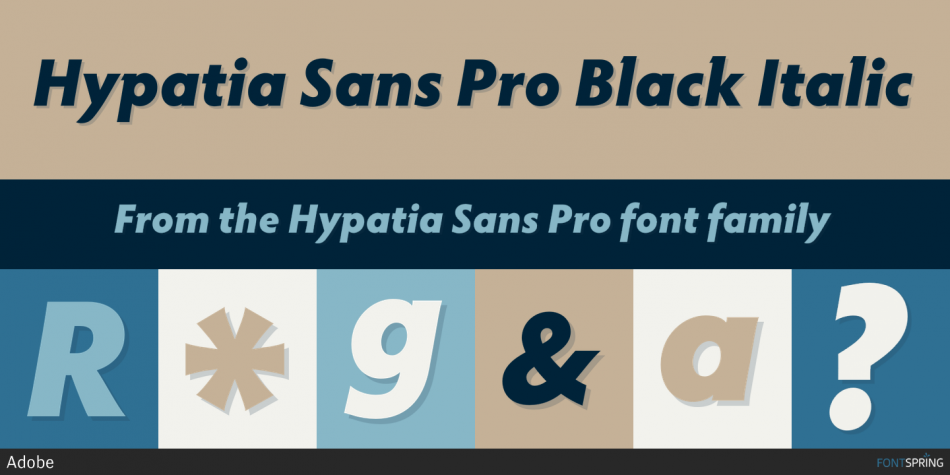 Hypatia Sans Pro is a sans serif font family. This typeface has twelve styles and was published by Adobe.

Named for the classical mathematician, Thomas Phinney’s Hypatia Sans is a geometric sans serif with humanist undertones. Hypatia echoes the basic form of geometric designs from the 1920s and 30s, and adds features derived from classical oldstyle typefaces and inscriptional lettering that give the design a balance between cold geometry and warm organic form. The letters are expressive at larger sizes, and are still clear and readable at text sizes in short paragraphs. A wide range of weights increases the family’s versatility, and its many alternate glyphs and layout features provide a palette of expressive options.

Robert Slimbach helped guide and refine the family throughout the project. Thomas Phinney completed the upright faces and much of the Italics, but was unable to finish them, so Paul Hunt stepped in to complete the project.

Phinney took advantage of stylistic sets, which allow a user to change the appearance of glyphs that are related. Although Hypatia Sans has no fewer than 14 stylistic sets, there are two that Phinney expects to see used most. Stylistic Set #1 removes the vestigial serifs and makes Hypatia Sans a true sans-serif, while Stylistic Set #2 substitutes more geometric alternate forms of certain letters (a,g,t,y), and of the ampersand (&). The most unusual set is the unicase small caps (Stylistic Set #13).