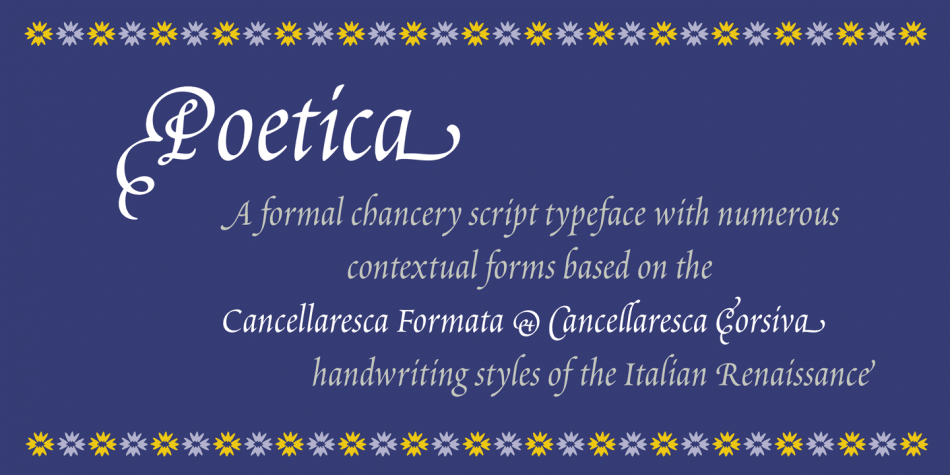 Poetica® Std is a serif font published by Adobe.

Poetica was designed in 1992, and is the first Adobe Originals script typeface; modeled on chancery handwriting scripts developed during the Italian Renaissance. This elegant style of writing formed the basis for italic typefaces and for modern calligraphy. Adobe designer Robert Slimbach captured the vitality and grace of the chancery writing style in this new series of designs. Characteristic of the chancery hand, Poetica contains alternate swash characters, ligatures, and ornamental designs to embellish an otherwise formal script. To represent the variety of form and richness of this hand, Slimbach created alternate alphabets and character sets that include a diverse collection of letterforms.