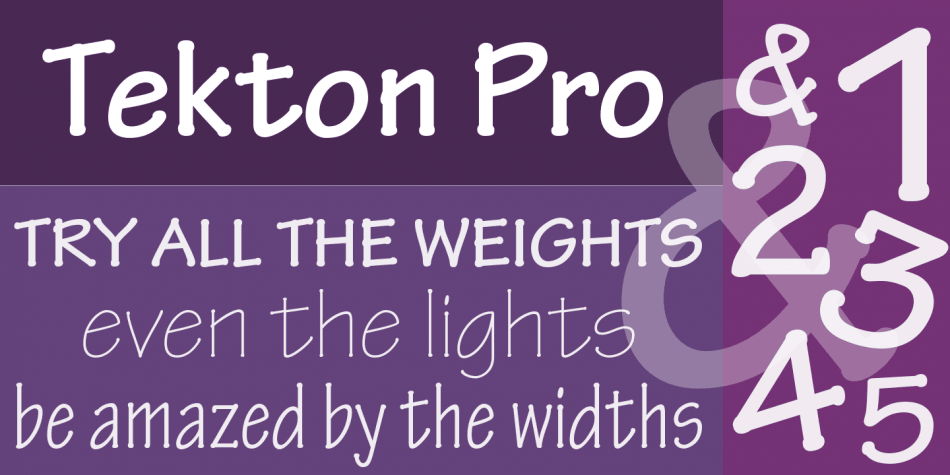 Tekton® Pro is a hand drawn font family. This typeface has eighteen styles and was published by Adobe. 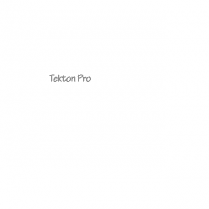 The introduction of Tekton Pro, an Adobe Originals design expanded for OpenType, makes one of Adobe’s most popular typefaces even more useful. Tekton, designed by David Siegel with assistance from Tom Rickner, Tobias Frere-Jones and Jill Pichotta, was originally released in 1989. Later work on this family was done by Jim Wasco and Christopher Slye. Tekton is an Adobe Original type family that is based on the hand-lettering of Seattle-based architect and author Francis D.K. Ching. Although Tekton was initially designed by Siegel, a former draftsman, with architects in mind (Tekton is the Greek word for builder), it quickly found a much broader audience. The simple, clean letterforms work well with architectural and engineering drawings, while the personalized, informal character of the design, combined with its clear legibility, makes it well suited to correspondence, invitations, and signage. Tekton Pro’s variety of weights and widths, greatly expanded character set and more extensive kerning means designers can meet even the most demanding requirements of contemporary graphic design and typography.