Mark Simonson is an independent type designer based in Saint Paul, Minnesota. In the past, he worked variously as a graphic designer, art director, lettering artist, and illustrator, all of which inform the design of his fonts. 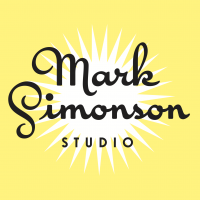 Mark Simonson didn't start out making fonts. It was a daydream that began when, while at college in the mid-seventies, he became aware that designing typefaces was a thing one could do. In the mid-nineties, Mark released his first few digital fonts to very modest success. But by 2005, he was making fonts full-time. It only took about thirty years, but he finally got his dream job. Mark likes to think that the years he spent as a designer usingfonts gives him an appreciation for what designers look for in a font. That fonts are tools for making things, not ends in themselves. He tries to make fonts that he would want to use himself, if only they existed. 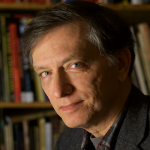