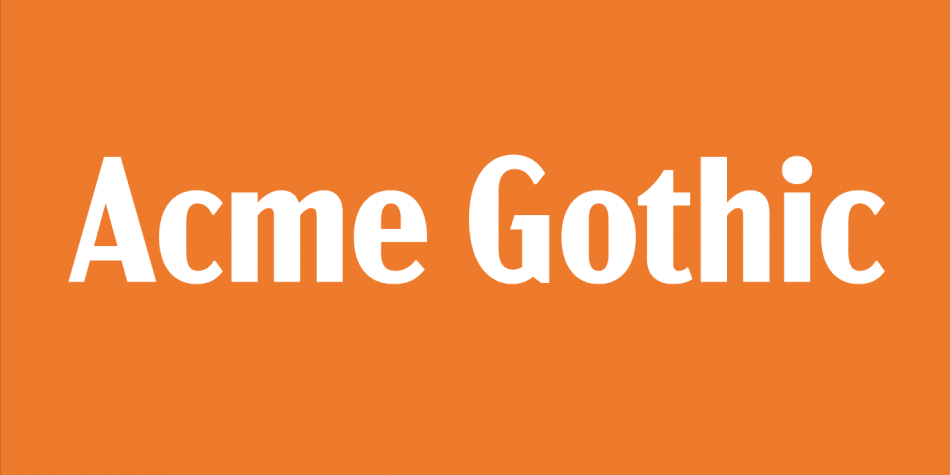 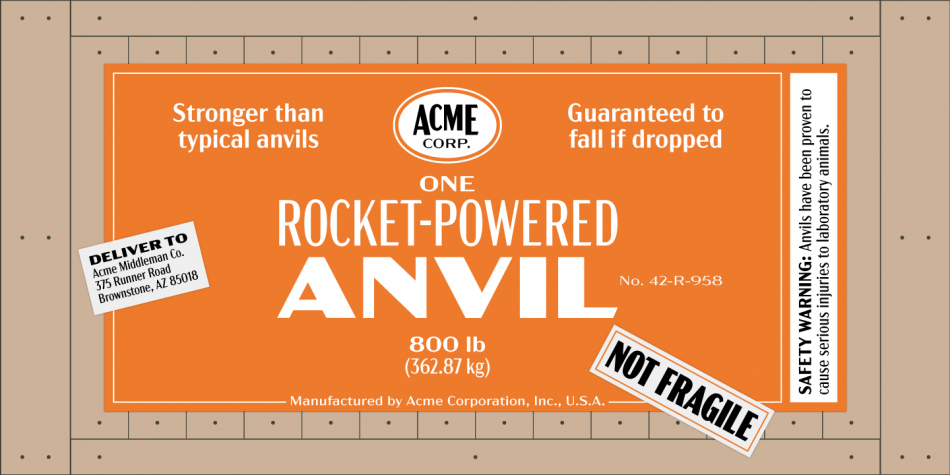 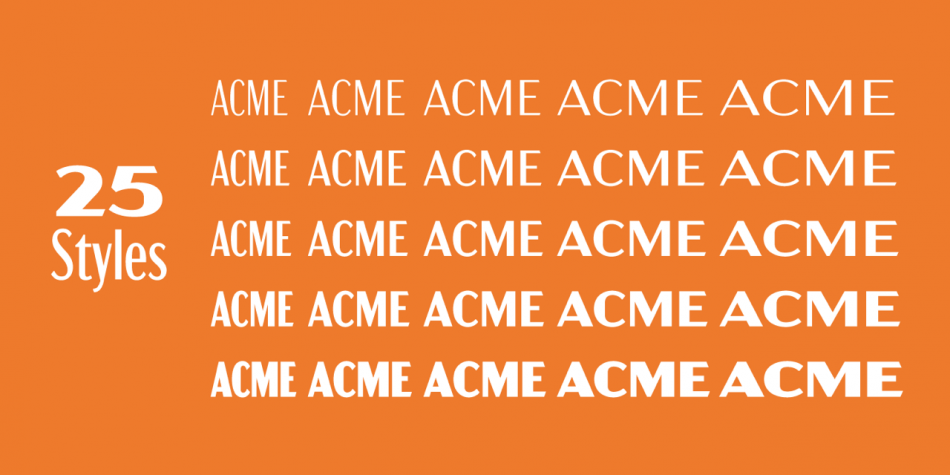 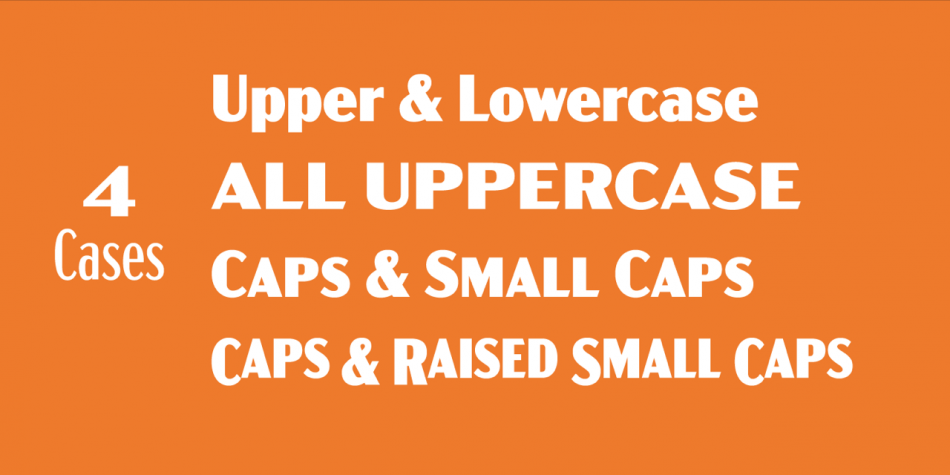 Acme Gothic (2018) is based on the thick and thin gothic lettering style popular in the U.S. in the first half of the twentieth century. There have been typefaces in this genre before, but they were either too quirky (Globe Gothic), too English (Britannic), too Art Deco (Koloss), too modern (Radiant), or too Art Nouveau (Panache). None captures the plain, workman-like style of Acme Gothic.

There are five widths (Compressed, Condensed, Normal, Wide, and Extra wide) each with five weights (Light, Regular, Semibold, Bold, and Black) for a total of 25 different styles. Acme Gothic has extensive language support, covering most Latin-based writing systems. Acme Gothic also includes both small caps and raised small caps (accessed through an OpenType stylistic set) both of which can be found in vintage examples of this lettering style.