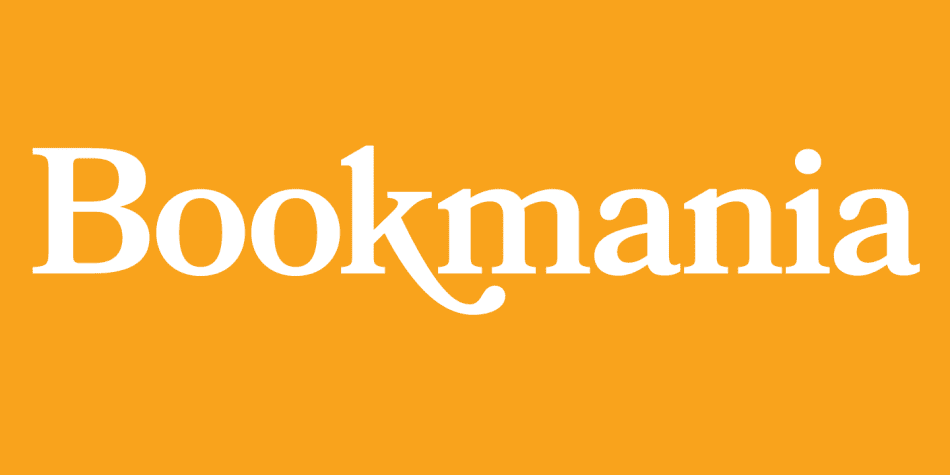 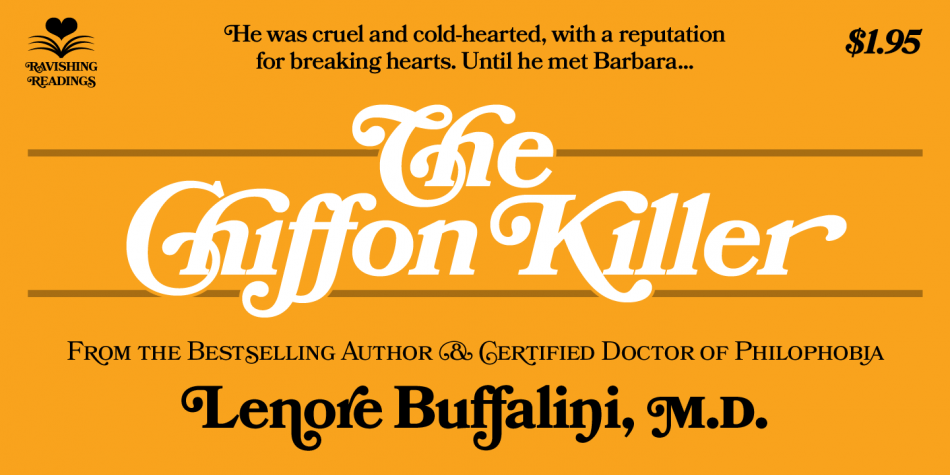 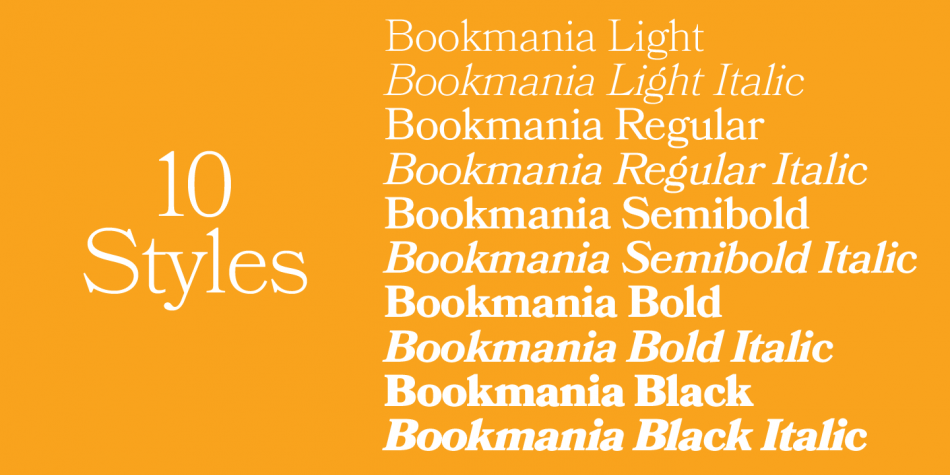 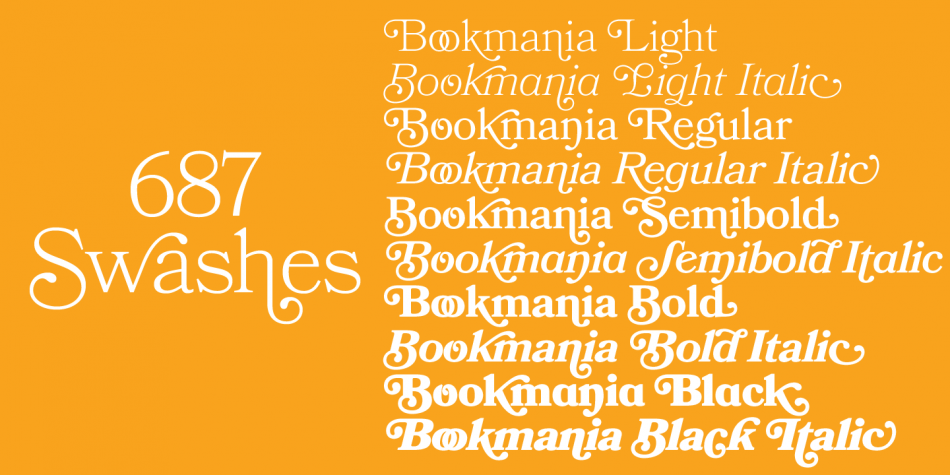 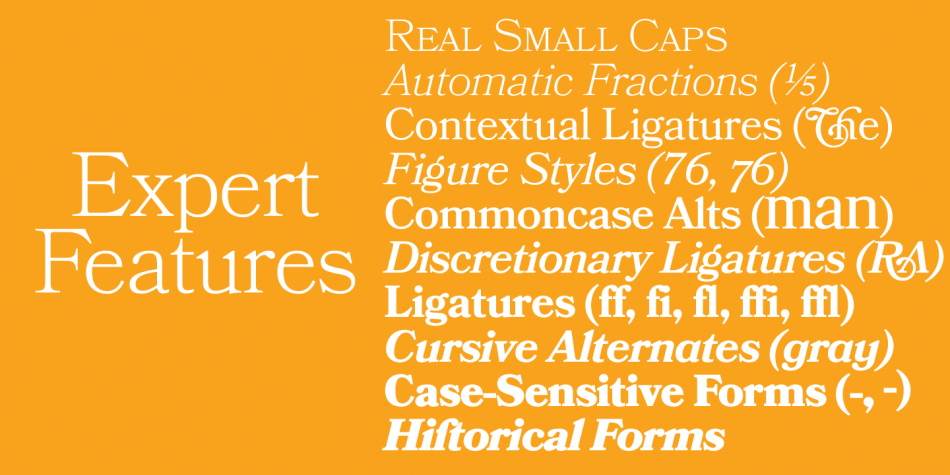 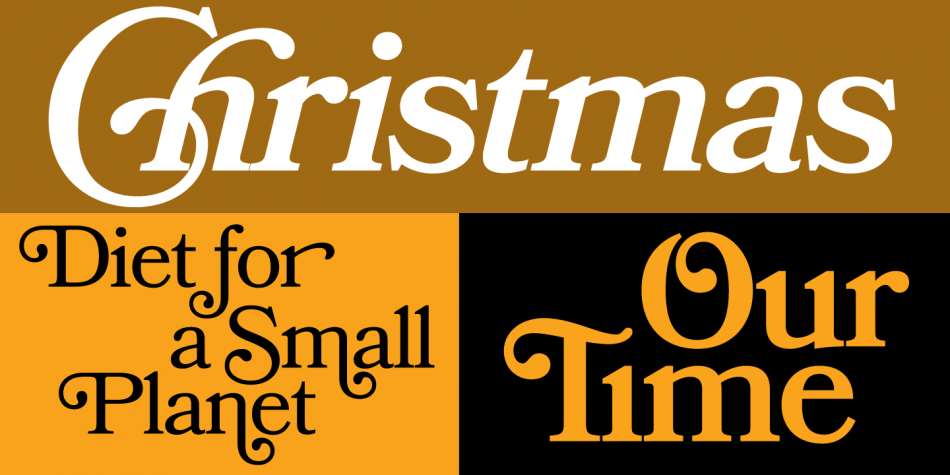 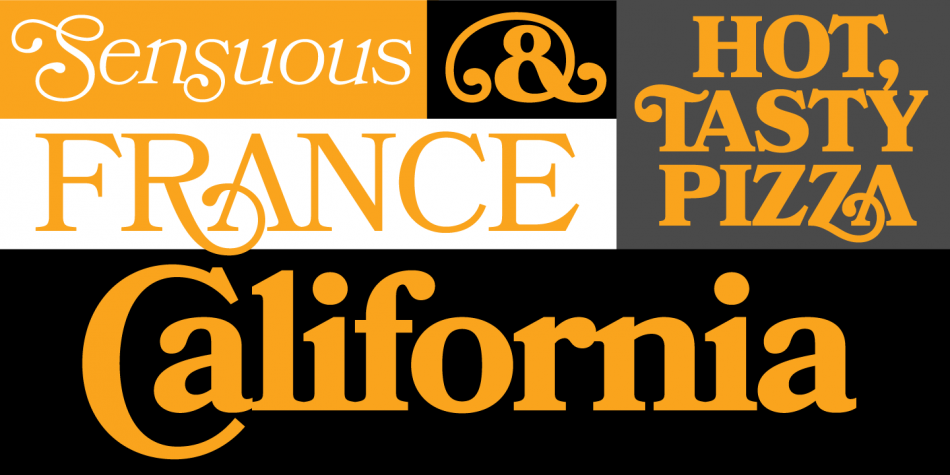 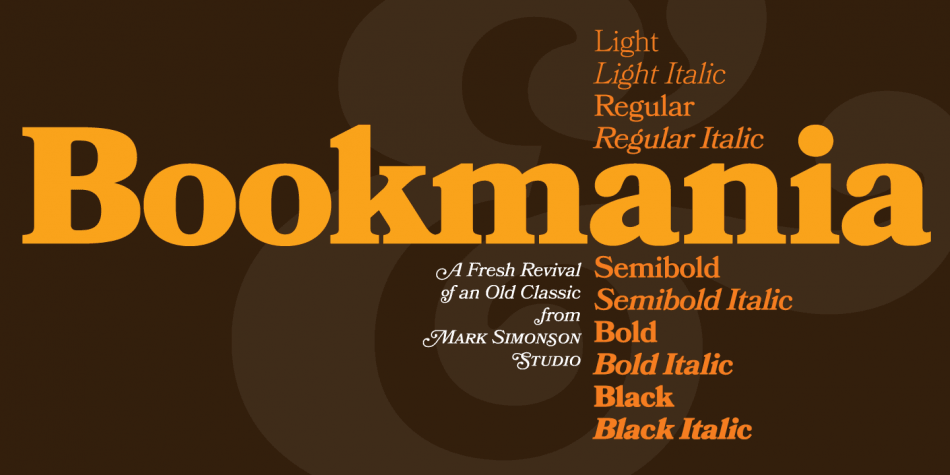 Bookmania is a serif font family. This typeface has ten styles and was published by Mark Simonson Studio. 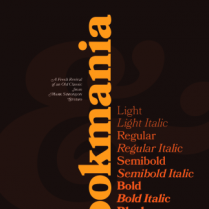 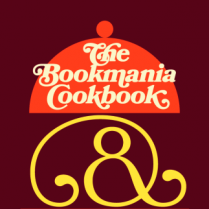 For the last four years, I’ve been working on a revival of the classic ATF Bookman Oldstyle and the Bookmans of the 1960s. But it’s not a slavish replica. It’s my own idea of what Bookman could be. It’s the revival I always wished someone would do.

I thought about doing a cursive italic, like others have tried, but in the end I decided that the original slanted roman should be preserved. Bookman has always been known for its swashes, so I also made a superset of the dozens of swash characters that have been added to Bookman over the years.

I wanted to go beyond its past and make something new. I added things that Bookman never had like small caps, old style figures, alternate characters, ligatures, stylistic sets, extensive language support, and more.

The family is composed of five weights—Light, Regular, Semibold, Bold, and Black, plus italics.

It’s my love letter to the classic Bookman: Bookmania.