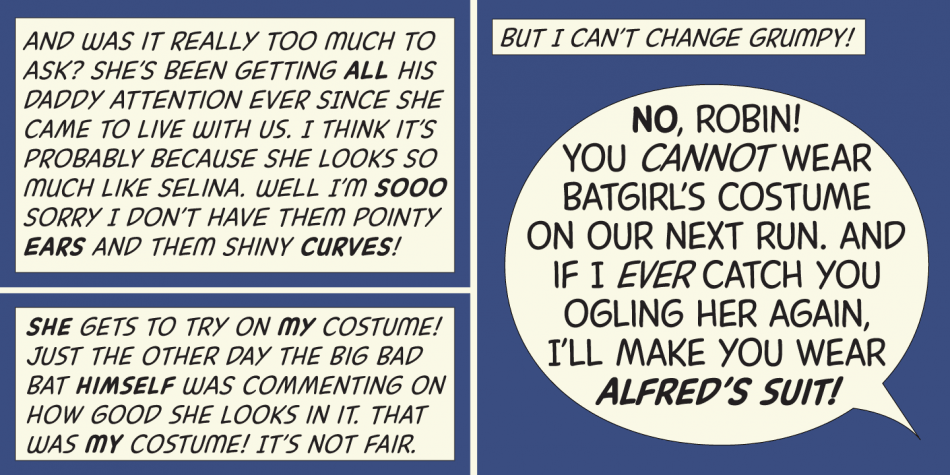 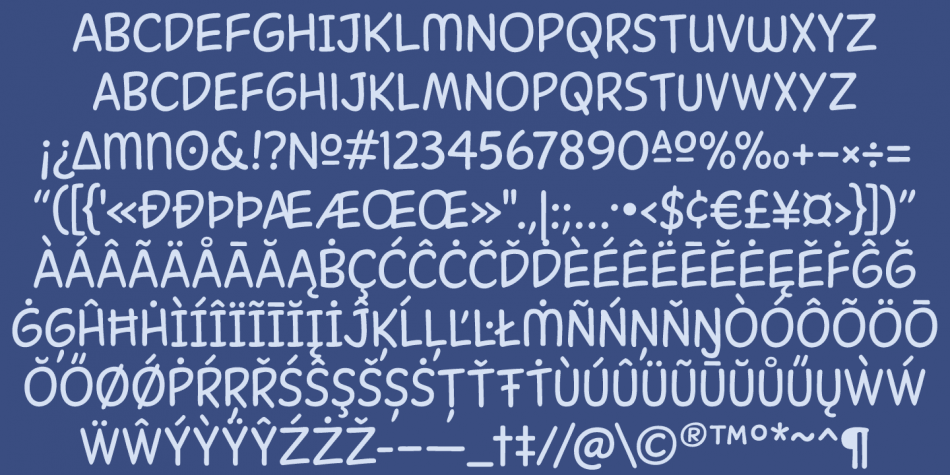 Common Comic is a comic font family. This typeface has four styles and was published by Canada Type.

The Common Comic volume is the fifth in Canada Type’s ever-growing series of comic book fonts, which really is the expression of Patrick Griffin’s continued obsession with the genre. Common Comic joins Collector Comic, Captain Comic, Caper Comic, and Classic Comic, all popular fonts in their own right.

This set was made for information-heavy comic balloon text use. The forms were constrcuted with a slightly condensed individual build, without sacrificing the clarity, legibility and scalability of the overall setting. Meticulously scrutinized and tested outlines expand the versatility of this set to also cover non-comic text and display applications.

Common Comic’s two very interchangeable sets of caps are available in regular and bold weights, with italic counterparts, all in one style-linked and affordable package. Each of the four fonts comes with a glyphset of over 370 characters, quite a few alternates, and support for the majority of Latin-based languages.