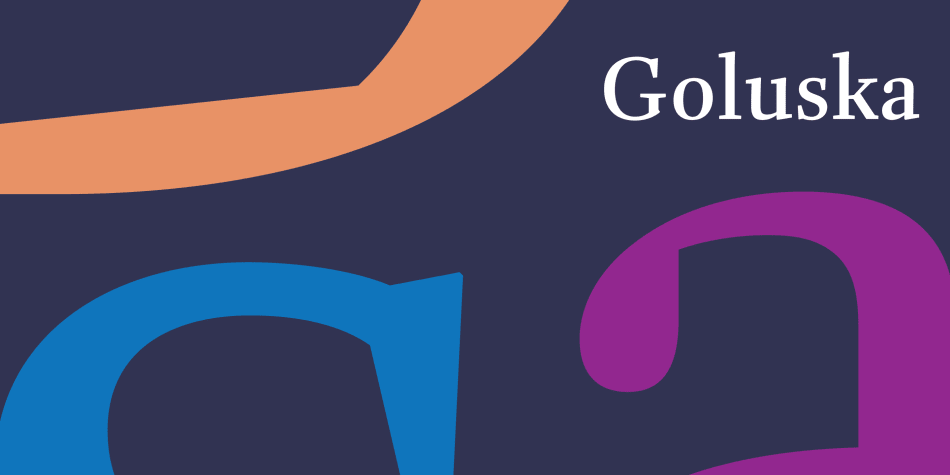 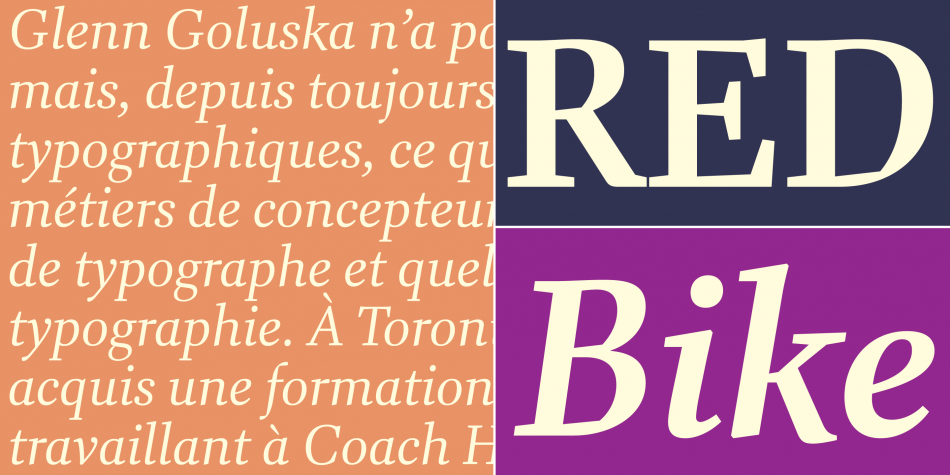 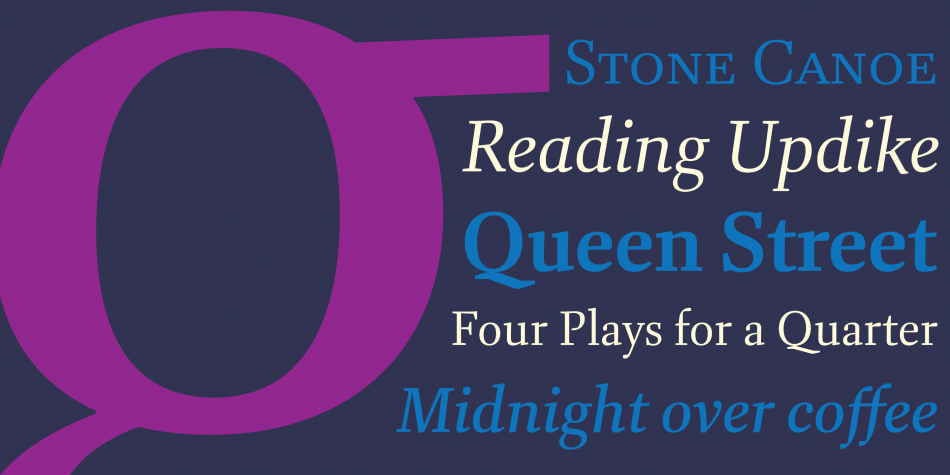 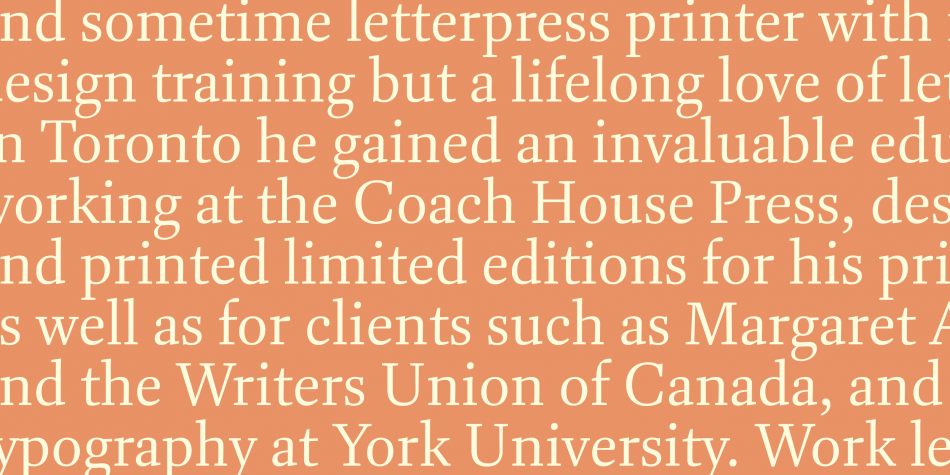 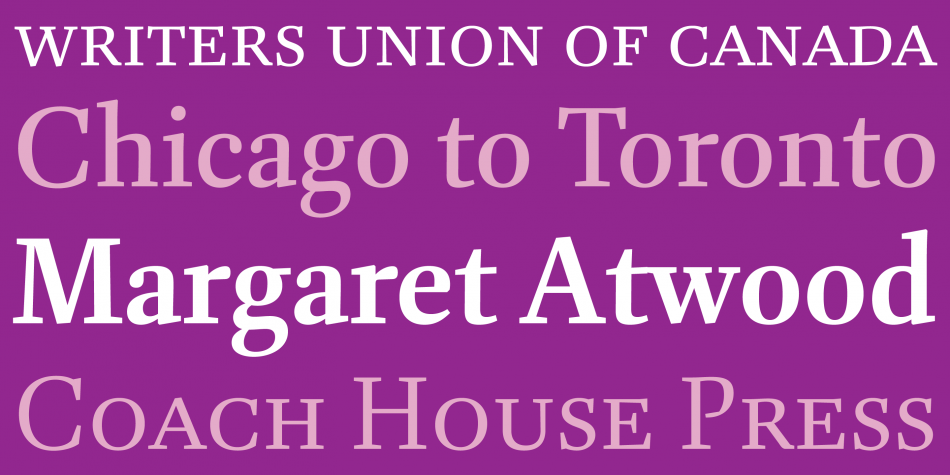 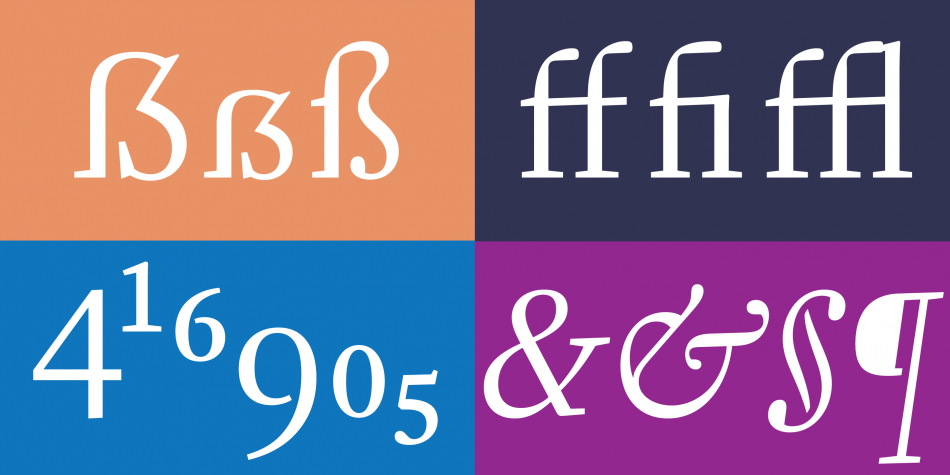 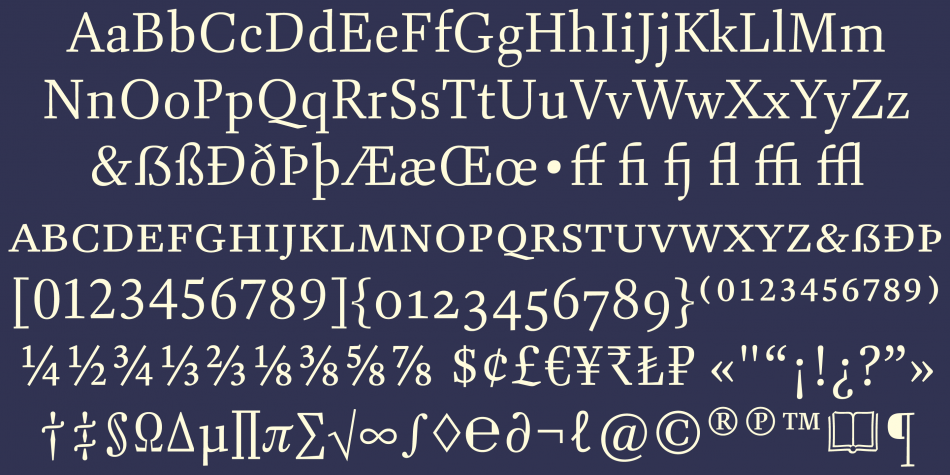 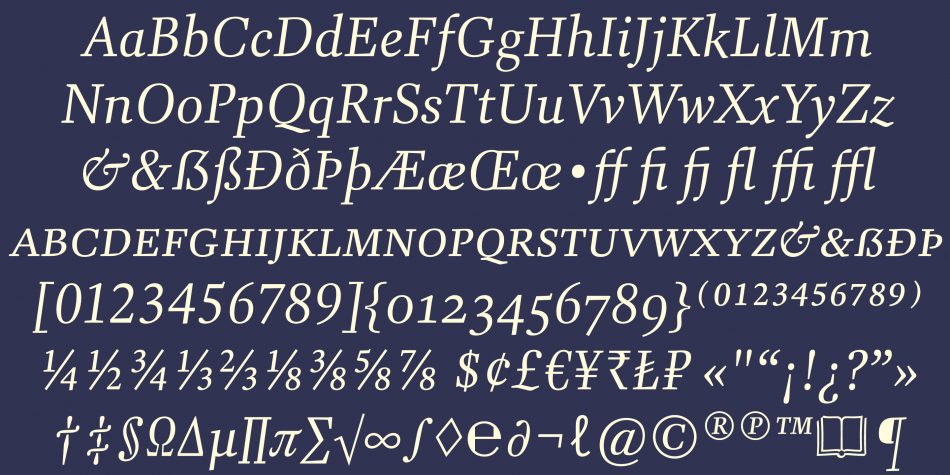 Designed by Rod McDonald, Goluska is a serif font family. This typeface has six styles and was published by Canada Type. 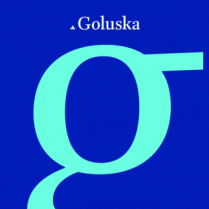 Goluska is a new typeface designed by Rod McDonald in tribute to the late typographer and book designer Glenn Goluska. Born in Chicago in 1947, Goluska got his start in the mid-1970s at Coach House Press in Toronto, and later went on to establish his own letterpress printshop and design studio, operating under the imprints Imprimerie Dromadaire and Nightshade Press. After relocating to Montreal in the early 1990s, his creative focus shifted toward digital design and trade work for commercial clients like McGill-Queens University Press and the Centre for Canadian Architecture, but the Linotype and letterpress printing remained an important part of his practice. Shortly before his death from cancer in 2011, Goluska was the recipient of the Robert R. Reid Award for lifetime achievement in the book arts in Canada.

Goluska was an enthusiast for the book design of W.A. Dwiggins and for the types he designed for the Linotype linecasting machine, making Dwiggins’s work an appropriate starting point for McDonald’s new typeface. While a Dwiggins aesthetic is clearly present in the lettershapes of Goluska, it is by no means a revival or copy of any of Dwiggins’s types. Much as Dwiggins captured the spirit of the ‘Scotch Modern’ style in Caledonia while simultaneously producing a thoroughly original 20th-century design, McDonald transposes elements of Dwiggins’s style to create Goluska, an original text typeface robust enough to meet the demands of a new generation of designers working in the contemporary typographic landscape. Whether it’s used on screens or in traditional print formats, Goluska’s open counters, clean curves and sharp finish make it highly legible across a range of sizes.

Goluska is available in three weights with accompanying italics. Each font comes with built-in small caps, eight kinds of figures, a complete set of f-ligatures, and automatic fractions.