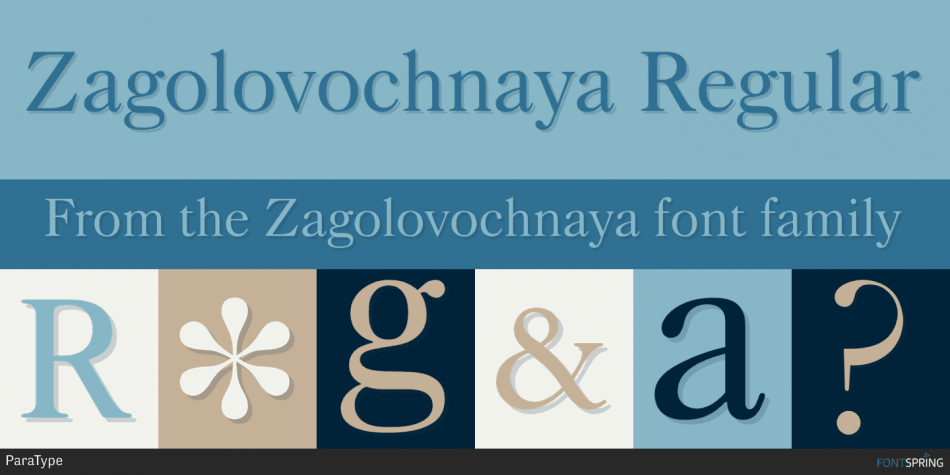 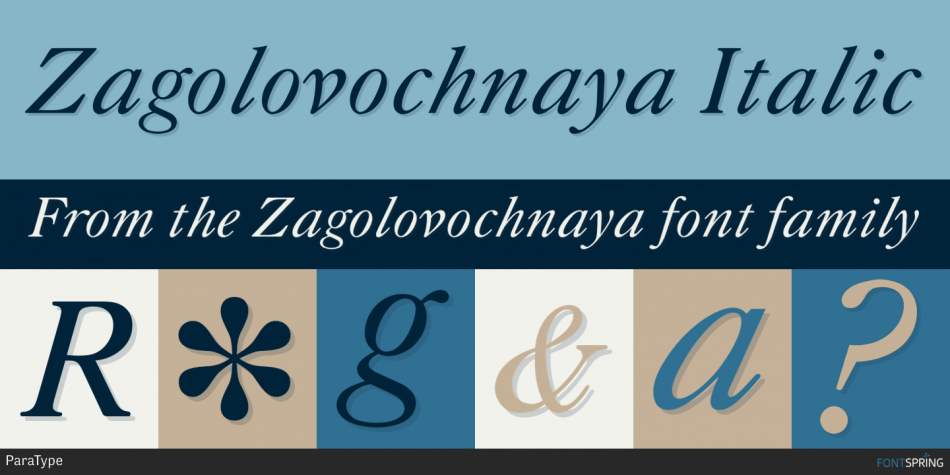 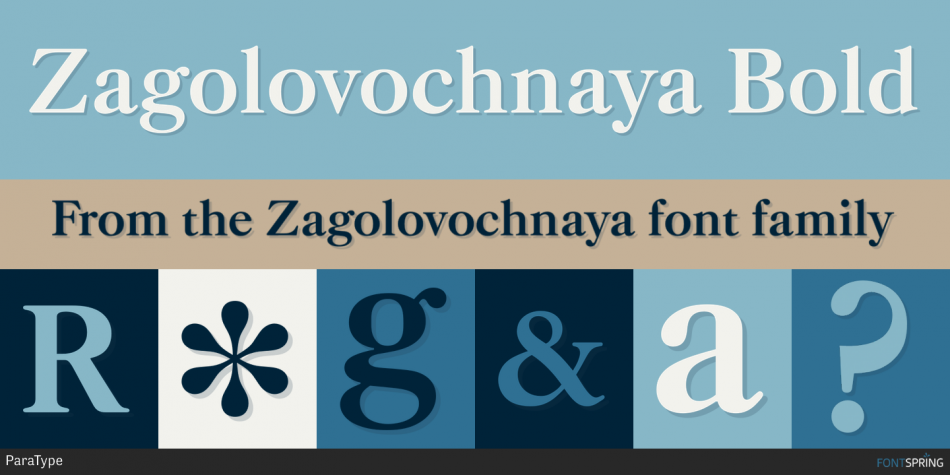 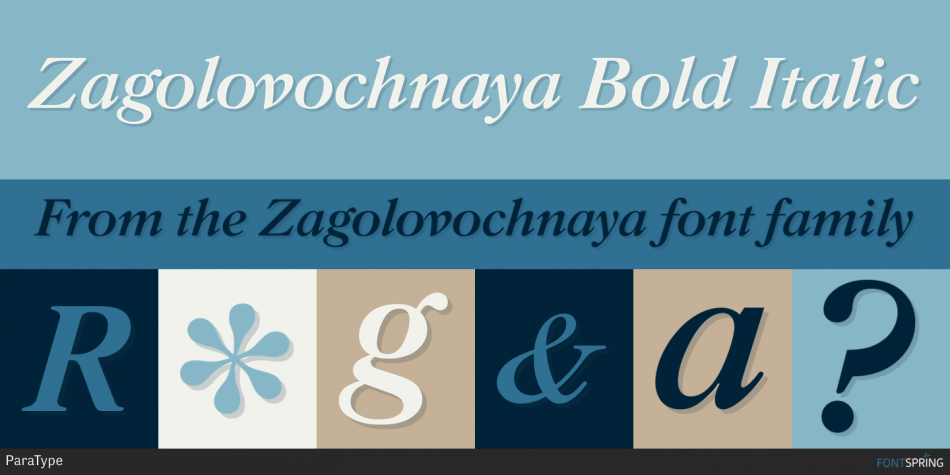 Designed by Manvel Shmavonyan, Zagolovochnaya is a serif font family. This typeface has four styles and was published by ParaType.

Based on the letterforms of Zagolovochnaya gazetnaya (Newspaper Display) type family of Polygraphmash in 1962 by Iraida Chepil et al. That face was a revival of Cyrillic version of Monotype Caslon designed in the late 1930s.

The artworks of Zagolovochnaya gazetnaya were redrawn by Isay Slutsker (1924-2002) in the late 1990s. Despite its name, the font is useful for both display and text matter. The digital version developed for ParaType in 2002 by Manvel Shmavonyan.