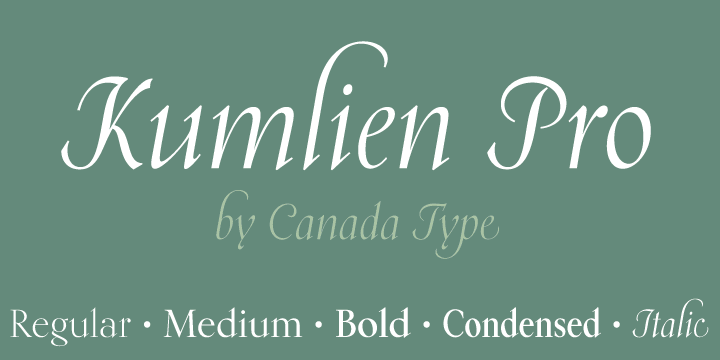 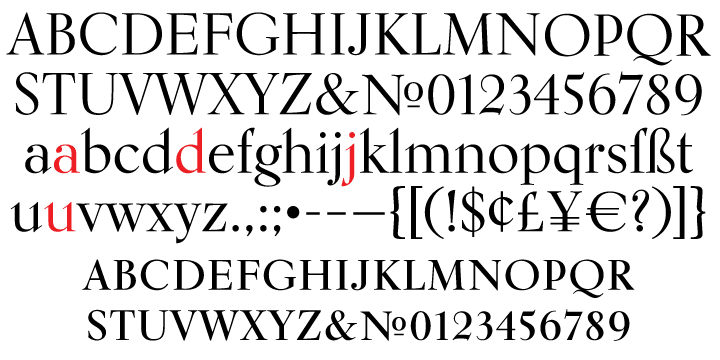 Kumlien Pro is a display serif font family. This typeface has five styles and was published by Canada Type.

Kumlien Pro is the revival and expansion of a typeface designed in 1943 by Akke Kumlien, the famed Swedish book designer, poet, author, painter and arts materials expert. At the time, being the first major Swedish typeface to be designed in over a century, it became an instant hit with publishing houses in Sweden. To this very day it remains revered as one of very few historic and original Swedish typefaces.

Transitional in overall appearance and idiosyncractic in detail, Kumlien Pro draws on the oldstyle theme but also makes very good use of the 1930s and 1940s European deco aesthetic in its upright weights, and uses a rare calligraphic sharpness/roundness for its stunningly beautiful, almost postmodern italic.

The original metal typeface came in only roman, bold and italic variations. This exclusive digitization introduces a medium weight, a condensed version, small caps and alternates in all upright styles, and plenty of swashes, ending forms and alternates in the italic. Kumlien Pro also comes with a extra-large character set, with over 610 characters per font, to include support for an extended range of Latin-based languages. All Pro fonts ship with their non-Pro TTF counterparts, for those who use programs that do not support OpenType features.