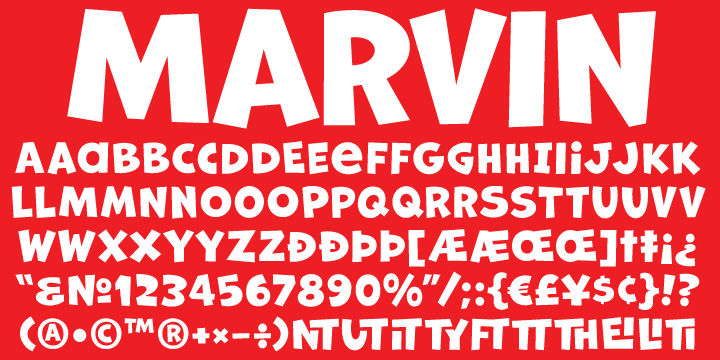 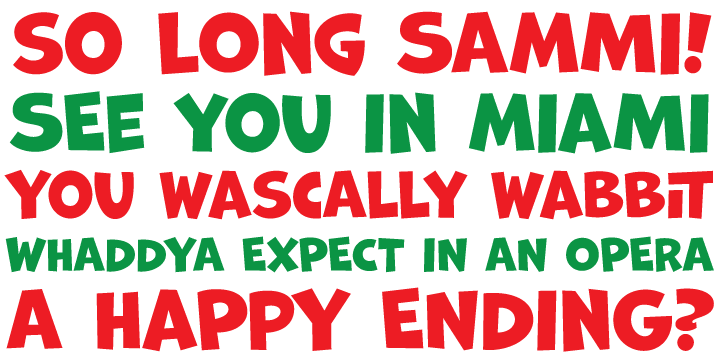 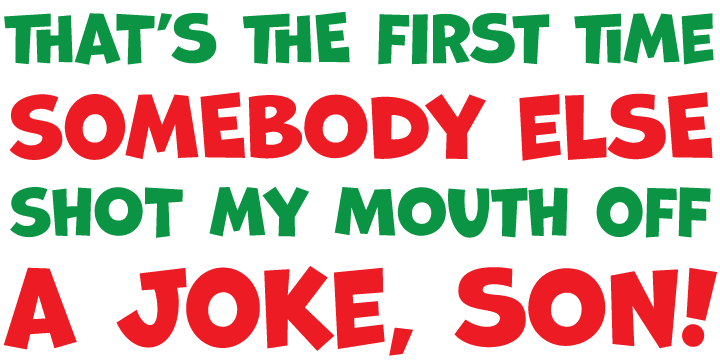 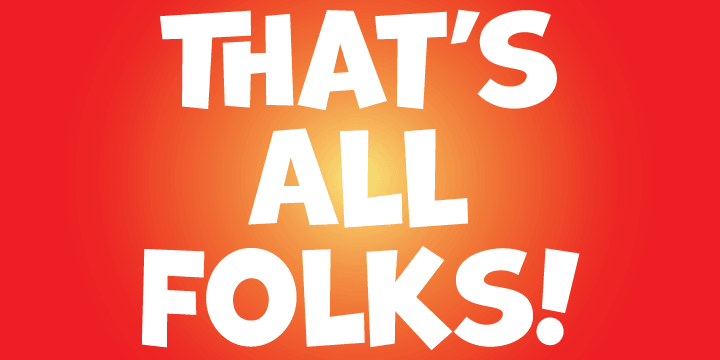 Marvin is a comic font published by Canada Type.

The objective of this font was to try and find out how far back in the designer’s life this obsession with letters began. The challenge was to draw, from memory only, two sets of caps that recall older Looney Tunes and Merrie Melodies lettering. The experiment was a success, which means that the designer’s got it bad since he was, like, four!

And here we are. Marvin is a great cartoon font that can help you build your very own Illudium Q-36 Space Modulator, so you can trigger that earth-shattering kaboom. Then you’re on your way to claim this planet in the name of Mars. Isn’t it lovely, mm?